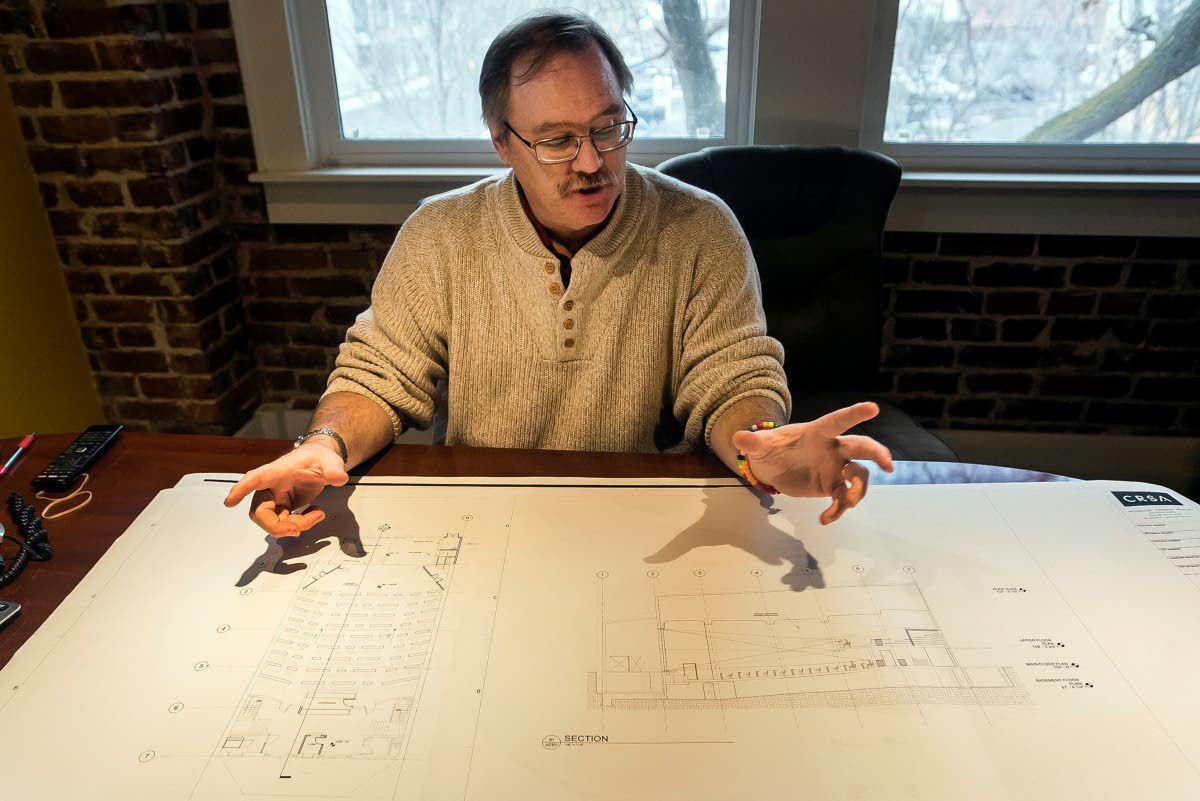 Architect Tim Lynch explains preliminary drawings for renovations of the Liberty Theater last week at the My Architect office in Lewiston. 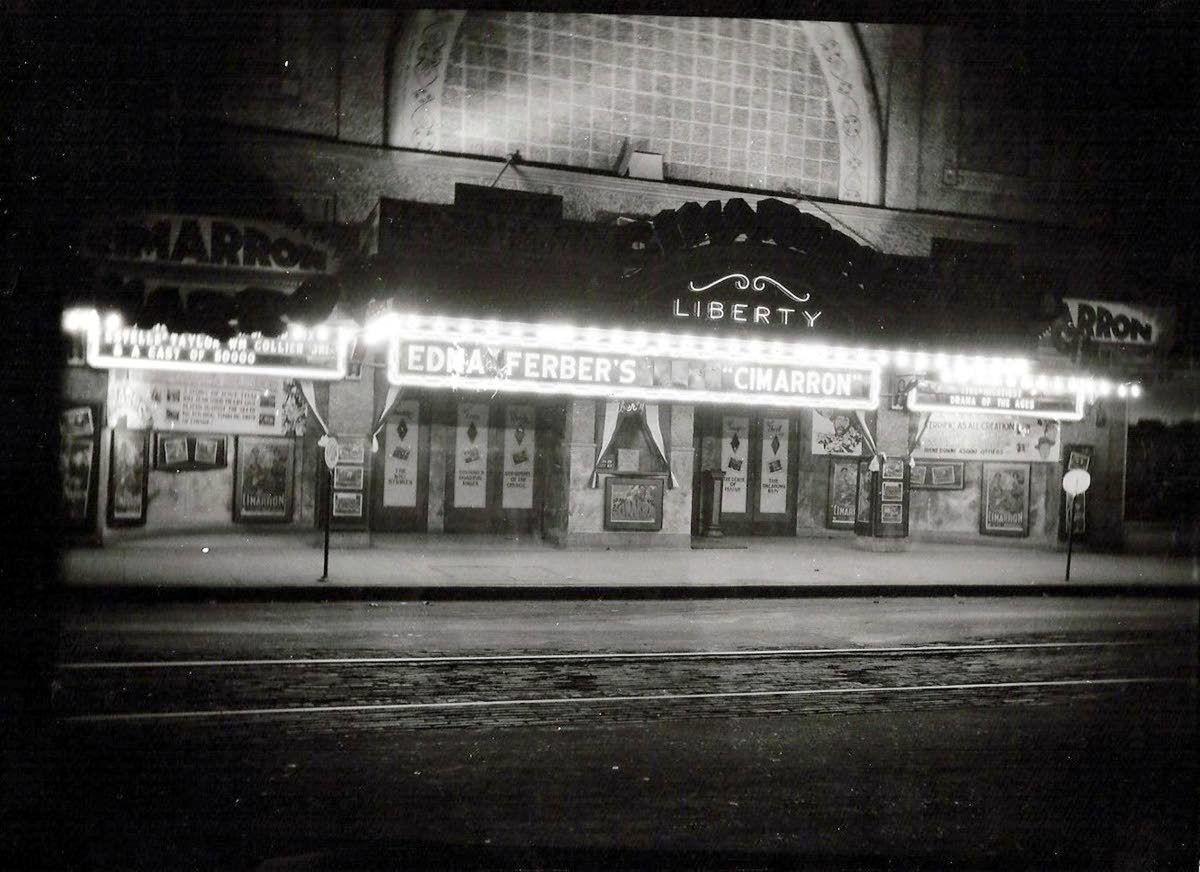 The Liberty Theater, shown here in a historical photo provided by architect Tim Lynch, has been mostly vacant and unused since the last movie played there in 2005. The Liberty Theater Preservation Alliance hopes to see it as a setting for a variety of events after a planned renovation.

Architect Tim Lynch explains preliminary drawings for renovations of the Liberty Theater last week at the My Architect office in Lewiston.

The Liberty Theater, shown here in a historical photo provided by architect Tim Lynch, has been mostly vacant and unused since the last movie played there in 2005. The Liberty Theater Preservation Alliance hopes to see it as a setting for a variety of events after a planned renovation.

NASCAR events, children’s movies, live broadcasts of the New York City Metropolitan Opera, independent films and jazz performances might all be part of the lineup at a renovated Liberty Theater in Lewiston.

The Liberty Theater Preservation Alliance acquired the building from developer Mark Alexander this year and has been doing behind-the-scenes work to prepare to raise an estimated $1.5 million needed to overhaul the cinema, said Jan Johnson, chairwoman of the alliance.

The campaign will get started in 2020 after conceptual drawings and more specific cost estimates are completed by the end of this month.

The expectation is that private sector money will provide the bulk of what is needed to transform the 1920s-era structure into a hub of cultural activity that will bolster the revitalization underway in downtown Lewiston.

“Every vibrant downtown has got to have one of these theaters,” said Jim Koreltz, an alliance board member.

The theater has been mostly vacant and unused since the last movie played there in 2005.

The alliance board believes renovations will take as little as 18 months once the group secures donations, in a process that will require an undetermined amount of time, Johnson said.

The cinema would have room for an audience of about 150 people in seats grouped in twos and fours with narrow tables arranged along the backs of the seats, mostly on the ground floor.

The balcony would have a row of seating in the front. Tables and chairs would be arranged between the seating and a bar. A lift might be added so those with disabilities could reach the balcony.

“It would be an auditorium with comfortable seating that is a bit staggered,” Johnson said.

A flat space would be left in front of the stage for a dance floor that could be used if the venue were rented out for social events such as weddings.

Making it a primary venue for the Lewiston Civic Theatre was considered, but didn’t work since the space doesn’t lend itself to full-scale plays.

“We talked with the civic theater many times over the years,” Johnson said. “Our stage doesn’t have the width or the depth needed.”

Places such as the Clarkston High School auditorium, with its 892 seats, work better for the civic theater because it’s possible to sell more tickets to help defray the expense of acquiring rights for their productions.

The concept that emerged for the Liberty Theater is based on information gathered from focus groups made up of than 50 community members from business, education and other sectors. The participants toured the theater and had an opportunity to ask questions before they provided feedback.

Out of that, the alliance learned about how the theater could meet a variety of needs, such as providing programming for children at the Boys & Girls Club of the Lewis Clark Valley. The children might view a film, then do an activity led by an educator afterward based on the material.

“The voice of the community (is) important,” Koreltz said.

The alliance dug in and did its research after meeting informally with about 25 potential major contributors. Those possible donors indicated they wanted to see detailed drawings and cost estimates, along with financial and programming plans that showed the theater could generate enough revenue to cover its operating costs.

The alliance completed those tasks with more than $50,000 in donations. Among them were $24,375 from the United States Department of Agriculture Rural Business Development Grant Program, $10,000 each from the Avista Foundation and the Laura Moore Cunningham Foundation, $4,125 in services from Tim Lynch of My Architect and $5,000 from the alliance.

Alexander, the former theater owner, continues to be supportive. He is paying insurance, utilities and property taxes for this year and 2020. The alliance is working on using its not-for-profit status to have the theater removed from the tax rolls, which will help reduce operating costs in the future.

“This last year has been an enormous amount of work,” Johnson said.