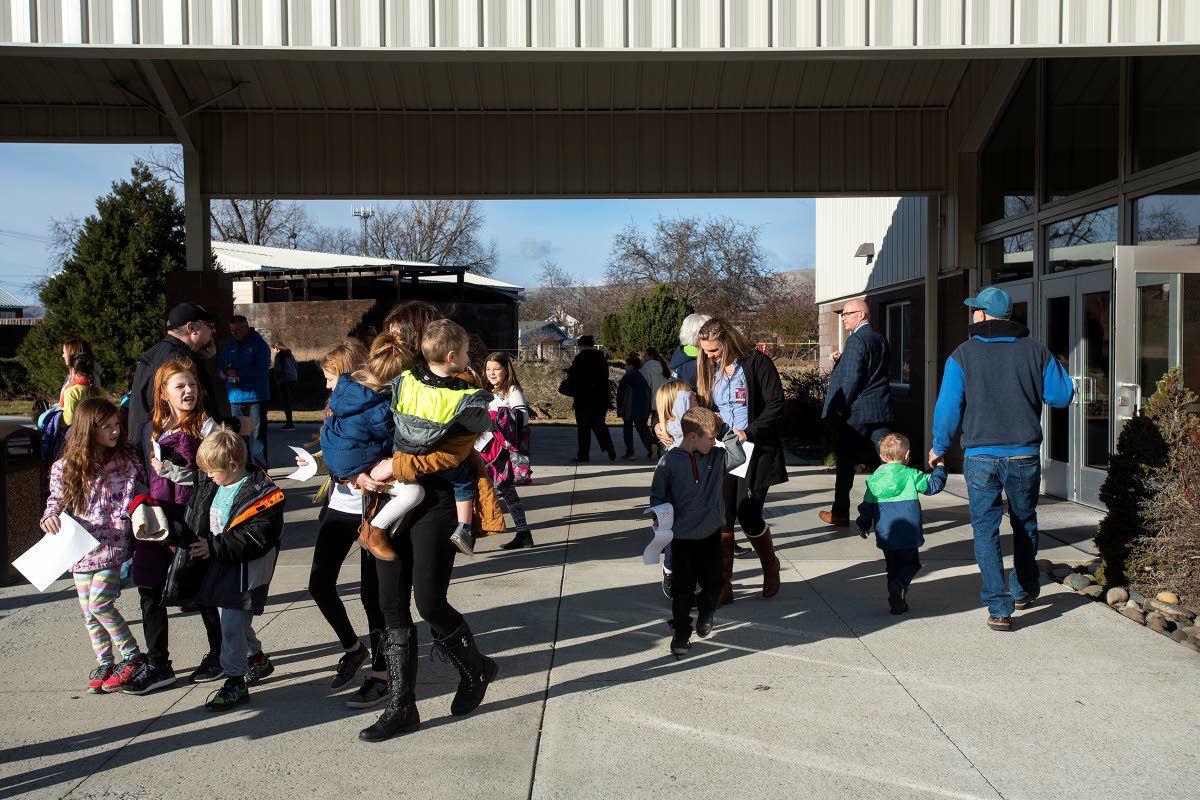 Parents pick up students at Life Center Church near Clarkston’s Lincoln Middle School and Heights Elementary after the campuses were evacuated because of a bomb threat Wednesday morning.

A Clarkston police officer blocks the driveway to Lincoln Middle School after bomb threat closed the school for the day.

Parents pick up students at Life Center Church near Clarkston’s Lincoln Middle School and Heights Elementary after the campuses were evacuated because of a bomb threat Wednesday morning.

A Clarkston police officer blocks the driveway to Lincoln Middle School after bomb threat closed the school for the day.

Nearly 800 students from Lincoln Middle School and Heights Elementary in Clarkston were evacuated Wednesday to a nearby church because of a bomb threat.

Both schools were searched and no bomb was found, according to the Clarkston School District. Classes will resume this morning on schedule.

District officials sent a message to parents around 12:15 p.m. to alert them about the evacuation and where to retrieve their children. Hundreds of vehicles headed for the Life Center Church as law enforcement and fire district personnel helped direct traffic. Plans already were in place to use the large church building at 2377 Appleside Blvd. — the future home of the Asotin County Fire District station — during these types of situations.

Asotin County Fire Chief Noel Hardin said the evacuation went well, considering the number of students who were safely ushered inside the church and picked up by parents within an hour. Buses took the remaining children to their homes at 1:30 p.m.

“This was the first time we’ve tried this procedure and it seemed to work well,” Hardin said. “We will review it with school administrators and may make a few minor changes, but overall I’m pleased with how well everyone did their jobs today.”

Earlier in the day, School Resource Officer John Morbeck investigated an unrelated incident about a student reportedly telling others not to come to school Wednesday. According to a news release issued by the Clarkston School District, the source of the comment has been identified and officials are confident there is no threat to the safety of students, staff and community.

Morbeck said the person who made the bomb threat has not been identified, and that case remains under investigation.

Should President Donald Trump acknowledge that he lost the election, drop his legal appeals and allow the Biden team to begin its transition to power?