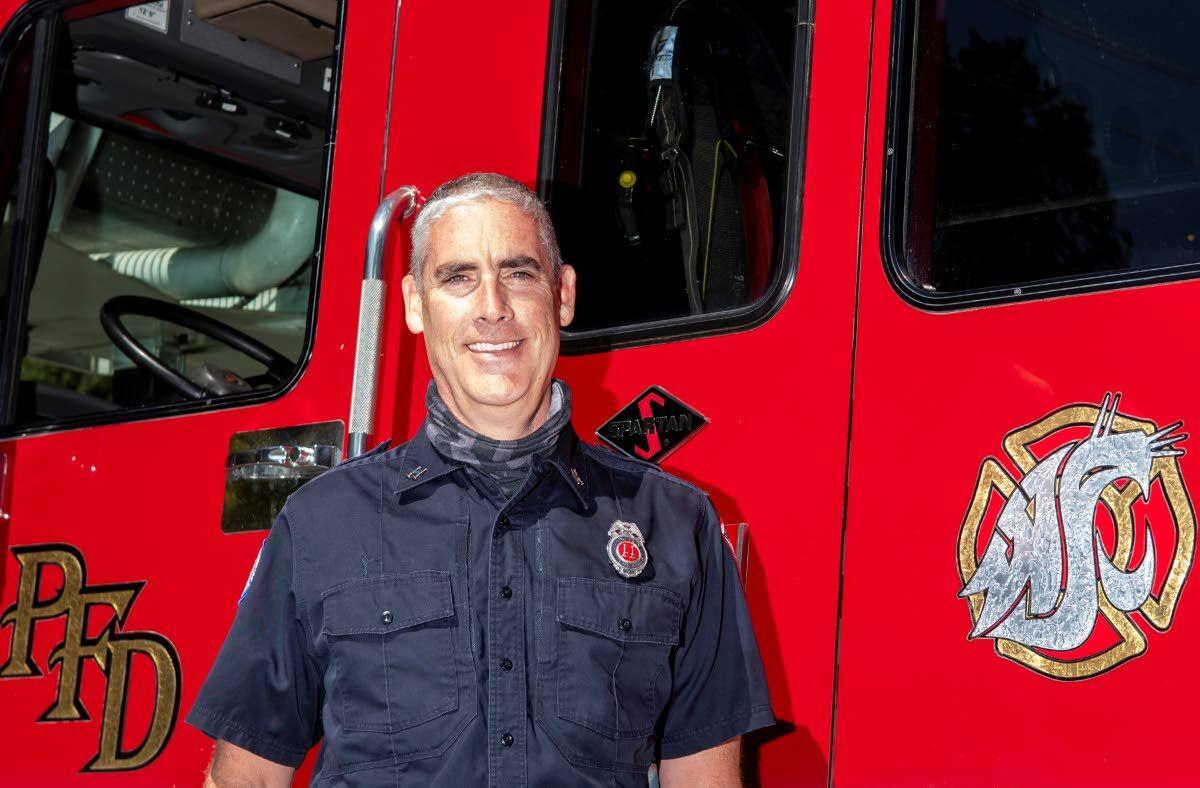 Fire Capt. Mark Johnson poses for a photo as he leans against a fire truck outside of Pullman Fire Department Station 1. Johnson tries as often as he can to attend an annual memorial of 9/11 in Manhattan. 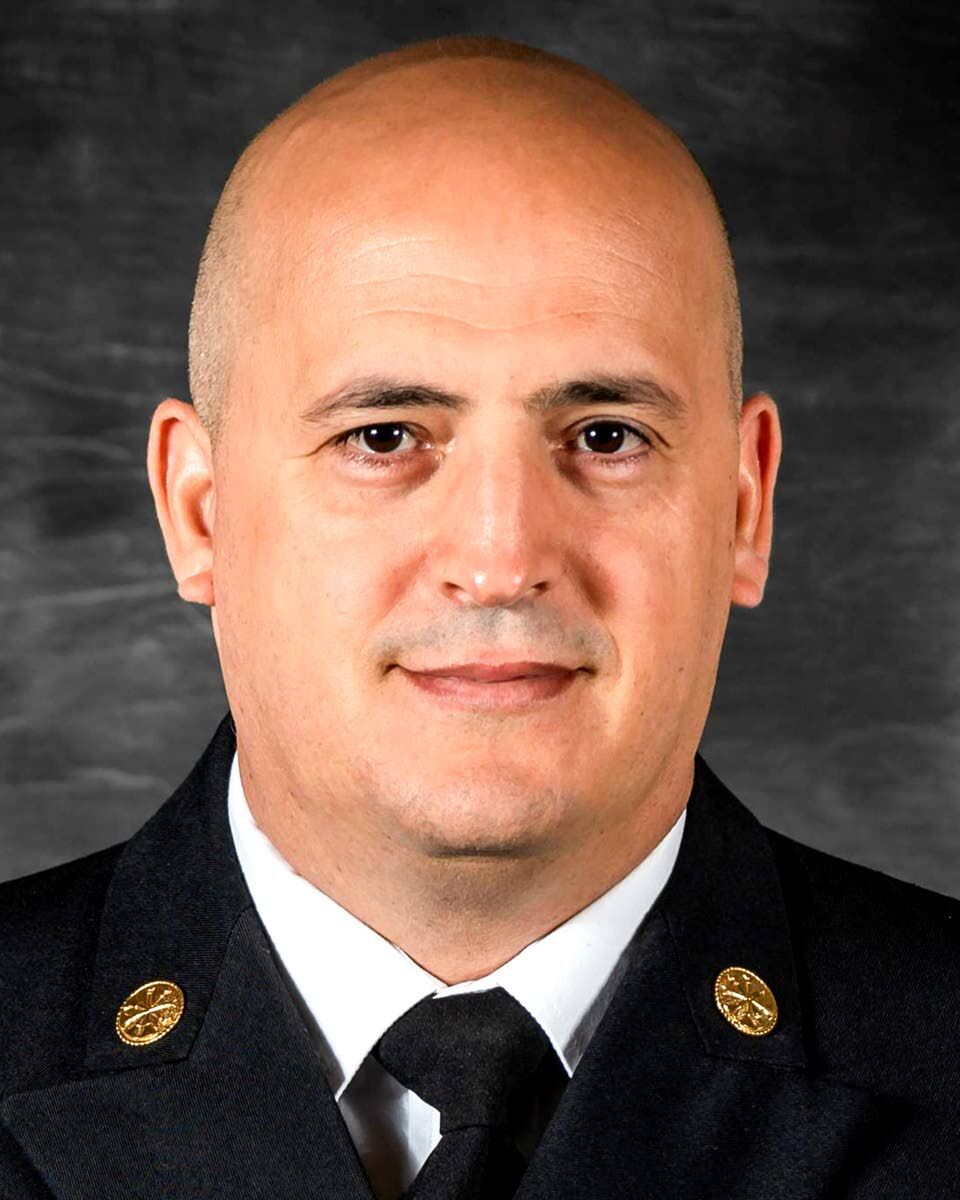 Fire Capt. Mark Johnson poses for a photo as he leans against a fire truck outside of Pullman Fire Department Station 1. Johnson tries as often as he can to attend an annual memorial of 9/11 in Manhattan.

As often as he can manage, Pullman Fire Capt. Mark Johnson makes a point of attending an annual memorial held in Manhattan at the first fire station to arrive at the base of the World Trade Center the morning of Sept. 11, 2001.

Johnson said one of the driving reasons he makes the effort to attend is echoed in a familiar phrase uttered in the days and years that followed the attack. In his mind, “never forget” is as much a reference to the sacrifices made by emergency personnel responding to the scene as it is an admonishment to remember the nearly 3,000 innocent lives lost that day. Among the casualties were more than 400 firefighters and police officers who answered the call for help in New York.

“We all say we’re not going to forget — that was the big mantra that day, and ever since — and for me, it’s just truly about not forgetting what those guys did,” he said.

Johnson doesn’t make it every year, but the trips to the East Coast began when a former deputy training chief with the Pullman Fire Department, Gabriel Benmoussa, brought a group from Pullman on the 15th anniversary of the attacks.

Both Benmoussa and Johnson were young firefighters — 28 and 31 years old respectively — the day the planes struck, and they said the experience of watching the devastation unfold on television has stuck with them ever since.

“You want to be there,” Benmoussa said.

When he talks to his two teenage sons about that day, Benmoussa tries to give them an impression of the anguish of that day, and of the bravery that was on display.

“I just try to describe to my boys what that day was like from a firefighter’s perspective,” he said. “We were sitting there on shift and watching these guys walk into the building. Most of those guys knew what the outcome was going to be — 343 of them didn’t come back out. I just try to explain to my kids what the importance is of that sacrifice.”

Now the fire chief for the city of Milton, Ga., Benmoussa continues to take groups from his department to the service and these trips have become a valuable experience for everyone involved.

Johnson agreed that the event is a good opportunity to tap into a camaraderie shared among firefighters and first responders nationwide. This year, he said his sons will accompany him on the pilgrimage where they will meet with Benmoussa and his crew, and he’s glad they will have the chance to share in that camaraderie.

While hundreds of first responders lost their lives the day the towers fell, Benmoussa pointed out that hundreds more have died from cancer linked to exposure to toxins at ground zero in the years since. When in Pullman and now with his department in Georgia, Benmoussa said he also began a tradition of wearing FDNY (Fire Department New York) T-shirts through the month of September — the sales proceeds of which go to first responders and their families.

Johnson said he’s wanted to be a firefighter since he was a child, and he enjoys the fact that it’s a challenging job that allows him to think on his feet and tackle a wide variety of tasks. However, he said the first thing most firefighters will say when asked why they do what they do is they want to help people — and it’s why first responders didn’t flinch that morning in September 2001.

“We get a call in the middle of the night, and that person may be having the worst moment of their life right at that moment — and they invite us in to help,” he said. “That’s a pretty big honor.”