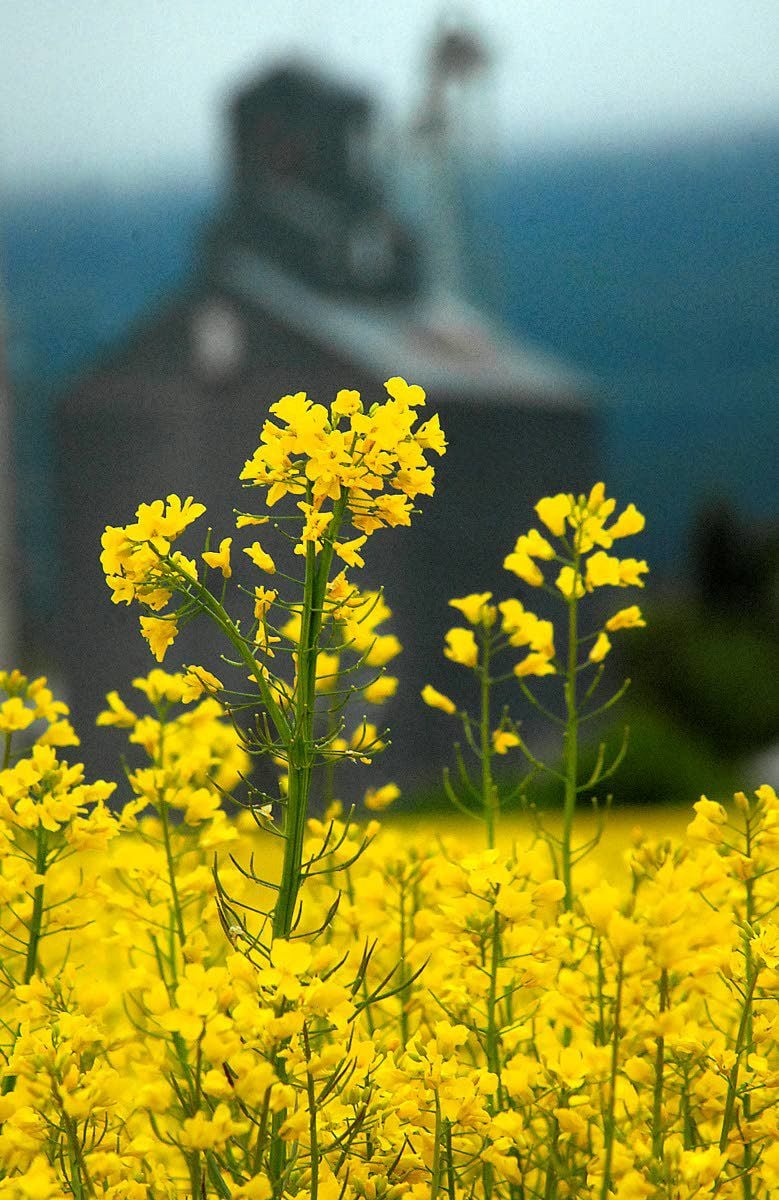 Canola fields are more numerous this year around the Camas Prairie and the Palouse, giving farmers a good price, fewer weeds and a varied rotation. 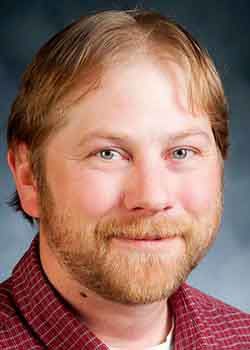 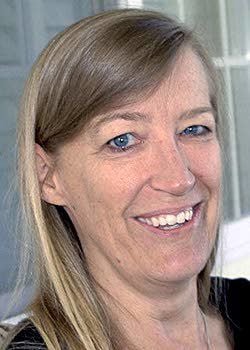 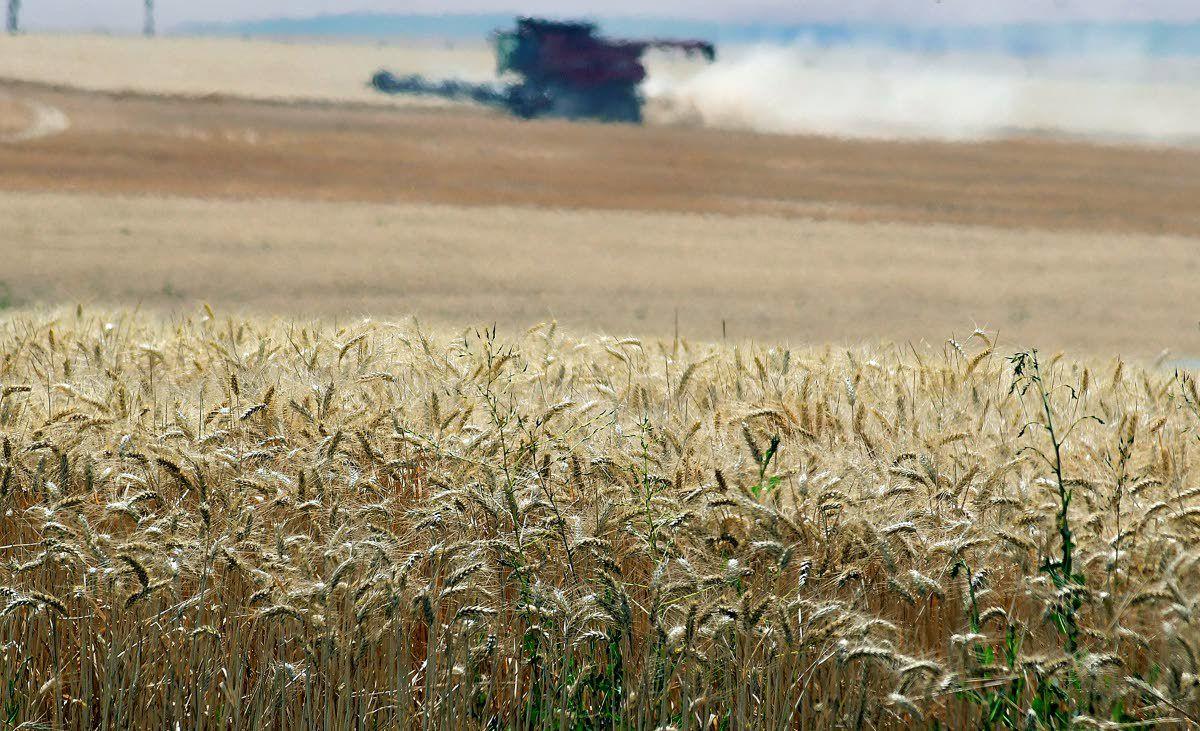 The wheat harvest is just starting in the region, including fields just east of Lewiston. Spring crops got a late start, but conditions have been favorable.

Canola fields are more numerous this year around the Camas Prairie and the Palouse, giving farmers a good price, fewer weeds and a varied rotation.

The wheat harvest is just starting in the region, including fields just east of Lewiston. Spring crops got a late start, but conditions have been favorable.

As the annual harvest season gets underway, farmers may be looking to mine fields of gold to offset the uncertainties in wheat, barley and legume prices caused by volatile international trade negotiations.

Canola is proving to be a winning choice — not only for its environmental attributes — but also as a cash crop. Acres planted to canola in Washington and Idaho are up significantly this year.

“Canola prices have remained stable while pulse (peas, lentils and garbanzos) prices are very challenging,” Finkelnburg said. “Growers are looking to rotate into something else, and canola has given them a little more opportunity to have a more predictable price return.”

Washington, which is the third largest canola producing state in the country, increased its acreages this year by 8,000, up to 75,000 acres planted. Idaho’s canola acres have not been calculated so far this year, but it produced 43,000 acres in 2018.

“In the Pacific Northwest, we hear a lot of reports from growers that they get a bumper crop in a year or two (following a planting of canola).

“It’s definitely a plus if a farmer is going to choose canola for economics. … I love working alongside growers, learning so much from them and hopefully giving back a fraction of what they give to all of us,” Sowers said.

Canola is a broadleaf crop planted in the fall and the spring that produces fields of brilliant yellow blooms. It has a distinctive fragrance that reportedly is a favorite among honeybees.

The plant has numerous benefits, including as a weed control by crowding out grasses, breaking disease and insect cycles, improving soil health and creating potentially higher yields in subsequent cereal crops.

Both winter and spring canola can be grown with or without irrigation.

Sowers said most of the irrigated canola acres in western Washington, the Willamette Valley and northeastern Oregon have already been harvested, and yields appear to be at least average or above.

Canola harvest in this region, which is not irrigated, has not yet begun.

“I’ve been hearing in the Palouse they’re a week to three weeks out waiting for the snow melt that stretched out the planting window tremendously. That also equates to a stretched-out harvest,” Sowers said.

Once the canola is harvested, it is brought to processing plants at Warden, Wash., Great Falls, Mont., or elsewhere, and the seed is expressed for oil, processed and sold mainly in the U.S. The meal, resulting from the remains of the seed coat, is sold domestically for livestock feed.

Sowers said she likes to think the research at WSU over the past years has made an impact on farmers choosing canola as a rotation crop.

“It’s kind of come together as a region, and now we have a Pacific Northwest Association and a contact list,” she said.

Elsewhere in the region, the winter wheat harvest has barely begun, getting off to a late start because of the cool, wet spring, said Russ Braun, grain market manager for CHS Primeland in Lewiston.

“The wheat harvest has been going on in the lowest elevation 2½ to three weeks, with average to slightly above average quality,” Braun said. “I’m guardedly optimistic that as we move into higher elevations (yields) will be above average.”

So far, he added, there seem to be no major problems with wheat quality due to weather, insects or disease.

The National Agriculture Statistics Service reported that, as of July 1, winter wheat production in Idaho this year is forecast to be about 680,000, the same as last year.

Washington winter wheat production is expected to be 1.66 million acres, up 10,000 acres from a year ago.

Prices for wheat have been dropping steadily over the past couple of months, down from more than $6 a bushel in late spring to about $4.83 a bushel late last week, according to U.S. Wheat Associates. American farm products, including some varieties of wheat, are one of the commodities affected by ongoing U.S. trade negotiations, particularly with China. Most of the wheat harvested in Idaho and Washington is bound for other markets, however.

Since not much of the crop has been cut yet, Finkelnburg said it’s difficult to predict this year’s yields.

“The winter wheat looked a little rough in places coming through the winter,” he said. “The impounded water in fields didn’t help, but we’ve been a little cooler than average and have had favorable rainfalls. So I’m looking at fields that have more variability in places.”

Spring crops got a late start, he added, “but the cooler than average temperatures have helped them along. I’m seeing average to above average spring crops.”

Residents sometimes notice hazy skies, partly due to field burning. Field burning has taken place in a few areas where farmers grow bluegrass but Finkelnburg said there is less stubble field burning than there used to be.

Like canola, most of the cereal grain harvest is expected to get fully underway in the next two to three weeks, with legumes, such as garbanzo beans, continuing through at least September.