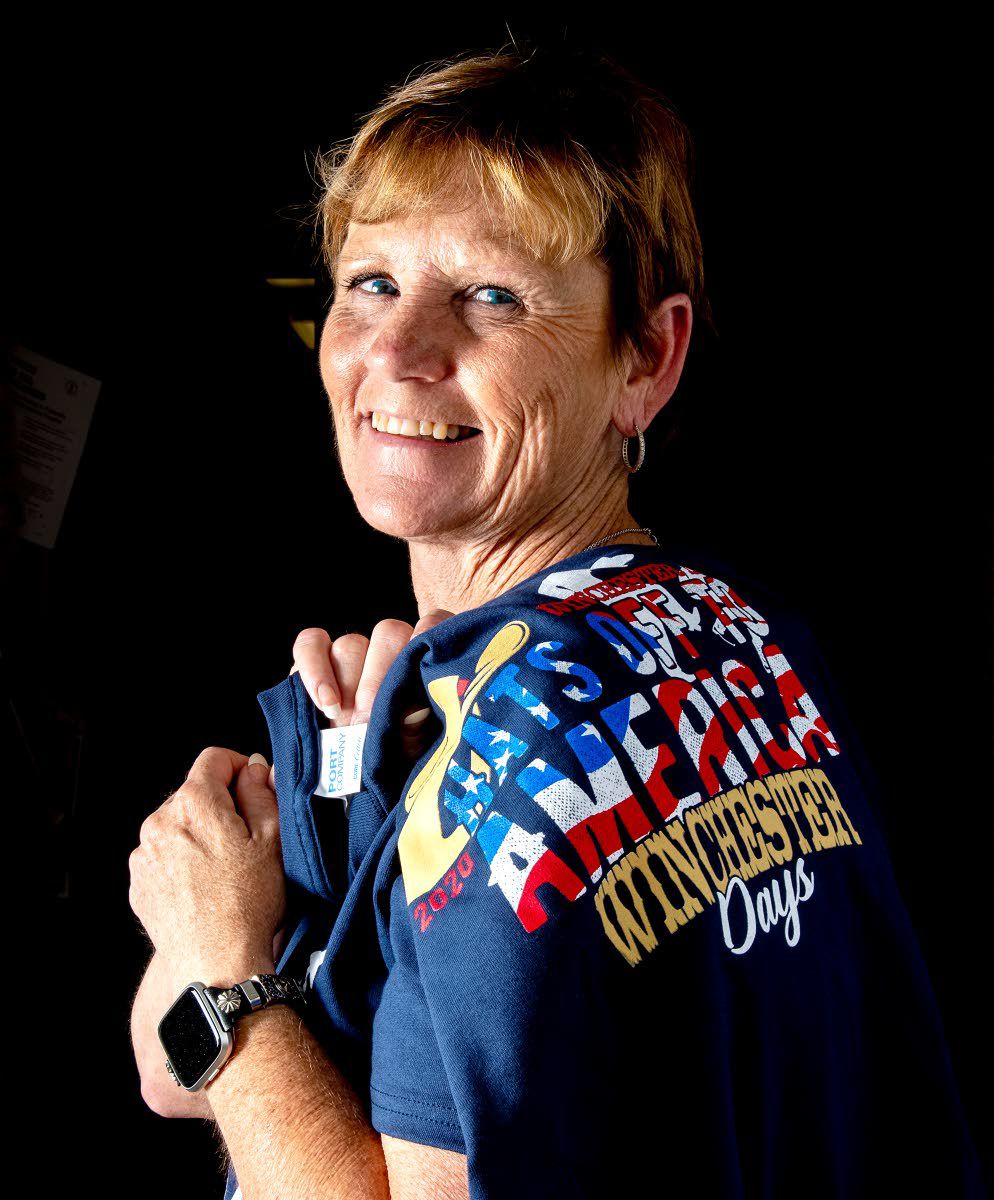 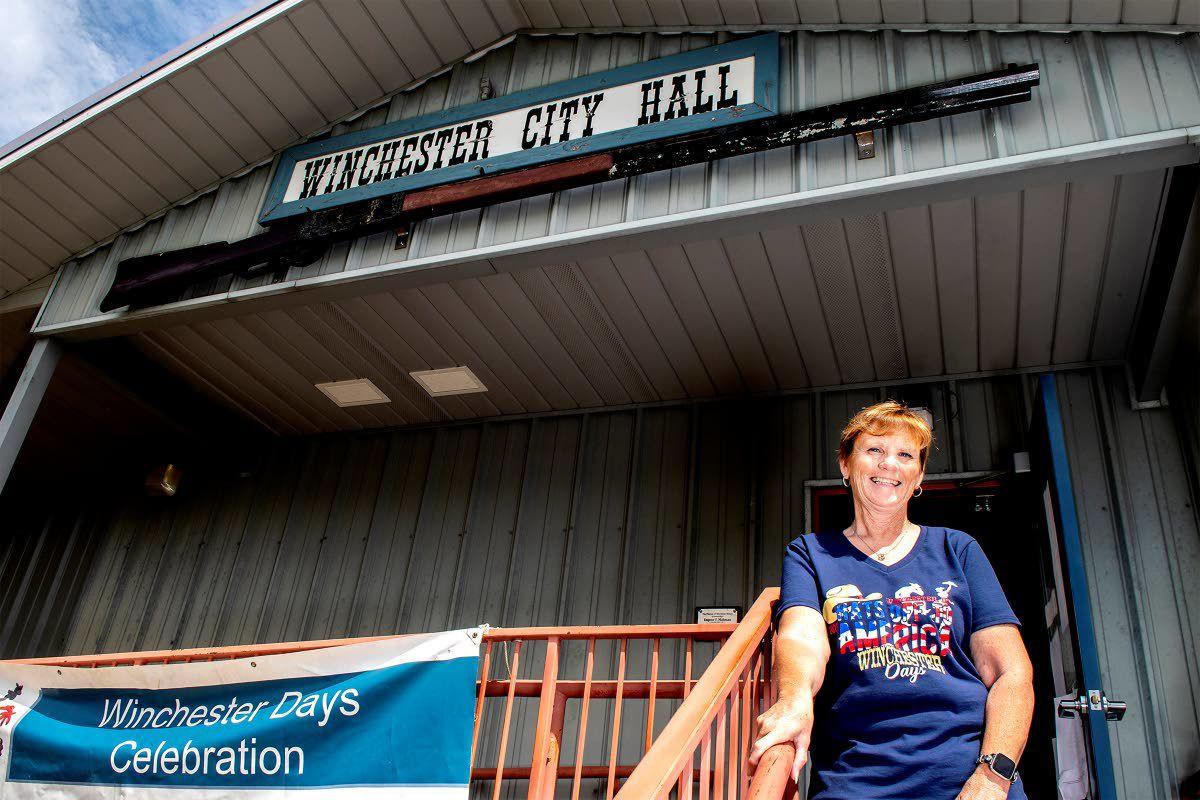 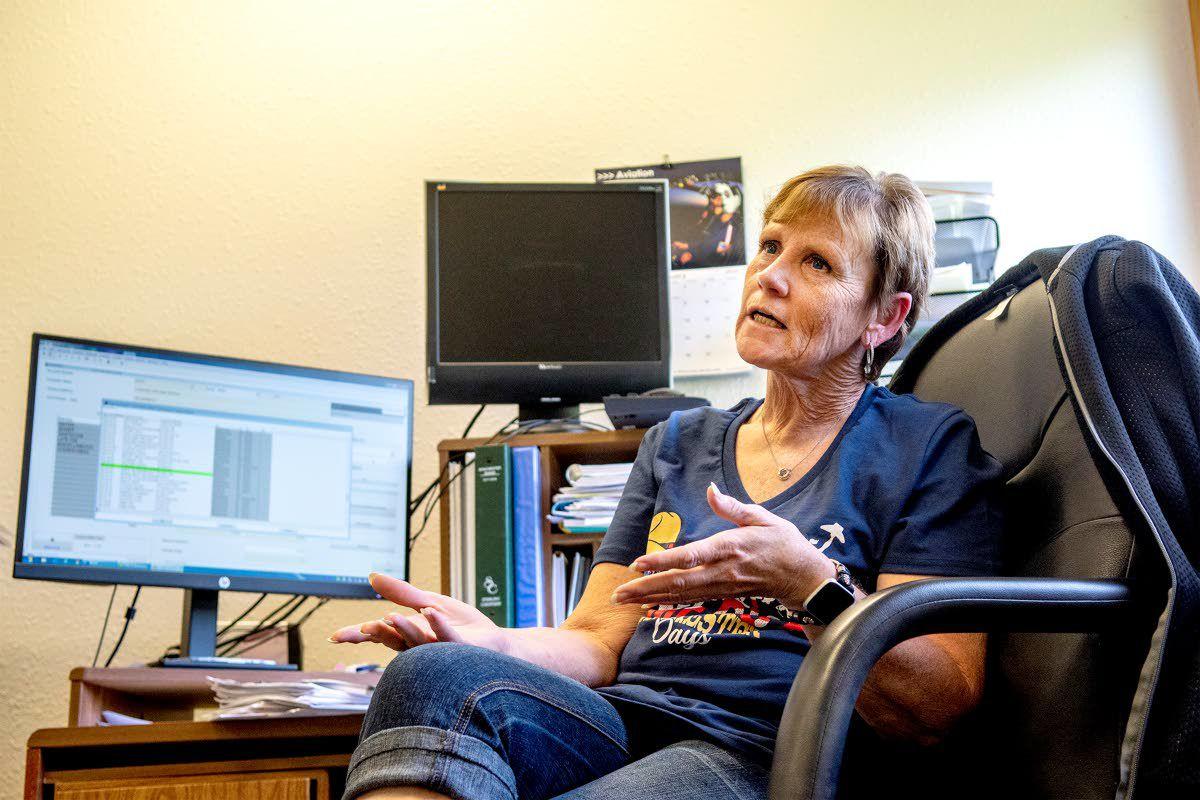 LeAnn Trautman discusses her time in Winchester at Winchester City Hall on Wednesday. 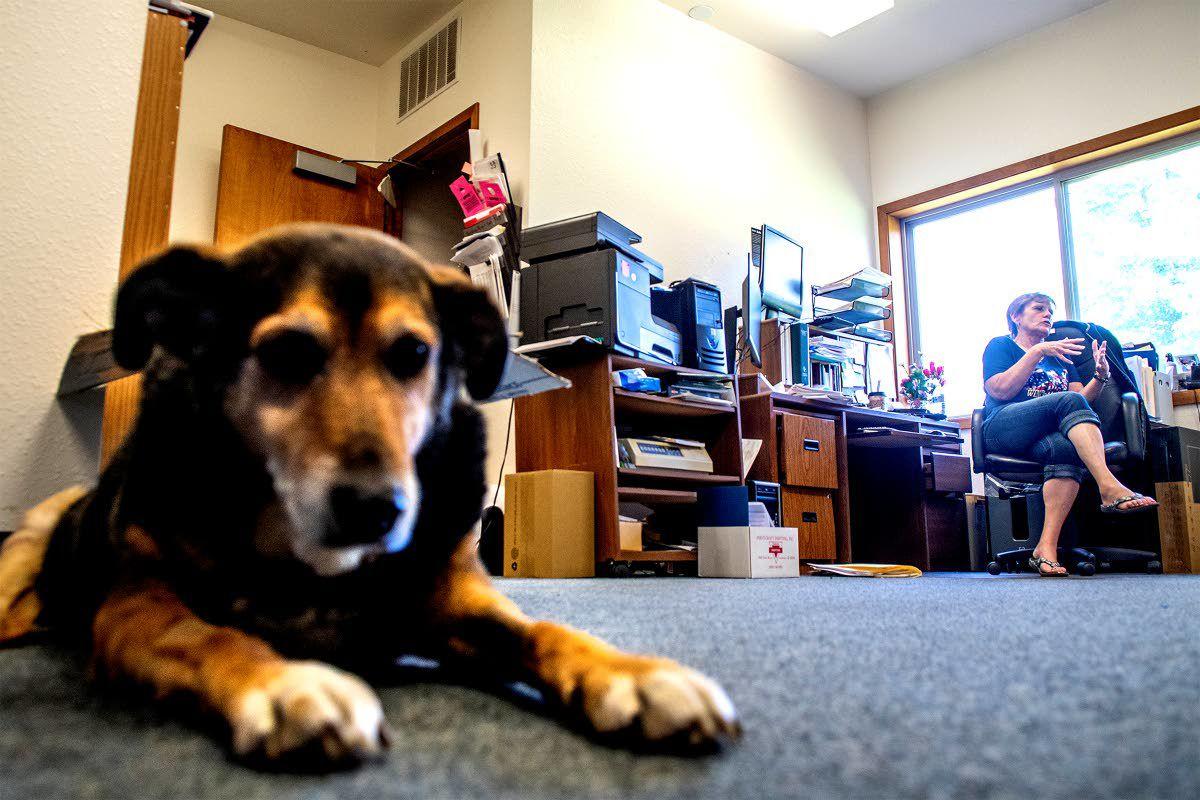 LeAnn Trautman discusses Winchester as Worm the dog lays nearby at Winchester City Hall on Wednesday.

LeAnn Trautman discusses her time in Winchester at Winchester City Hall on Wednesday.

LeAnn Trautman discusses Winchester as Worm the dog lays nearby at Winchester City Hall on Wednesday.

WINCHESTER — When LeAnn Trautman stepped into the city clerk role 30 years ago, she encountered a hornet’s nest.

“I came here when there was lots of turmoil,” Trautman said. “The water system, people quitting the council and the city going bankrupt. That was pretty stressful in those days, very stressful. You know, no money; there really was no money and so it was just tough going for the first few years.”

The situation has turned around considerably over the past three decades — thanks in part to the hard work and constant dedication of the Winchester city clerk.

This year Trautman will represent the town as the grand marshal of the July 4th Winchester Days celebration, titled “Hats Off to America.”

The events have been scaled back somewhat because of the COVID-19 pandemic. There will be no activities today, and all the action Saturday will be outdoors.

“We always have people from everywhere because of the (Winchester State Park),” Trautman said. “We always have a constant influx of people that are coming and going that are from all walks of life and all places. So even if we don’t have an event, we still have all those people.”

Trautman grew up in Lewiston, although her mother’s family was from Winchester. After living in Alaska for a while, she was coaxed by an old friend to move to Winchester, where she raised her daughter, worked for a time at the former Highland Inn and then got the city clerk’s job.

Trautman has seen a lot of changes in the town with barely more than 300 people. Besides far fewer businesses, the general demographics of the community has changed from being primarily a retirement center to one where younger families have settled.

“We do have retired people, but we have a lot of 30s to 40s (people) moving in. They’re working in Lewiston,” she said.

“We’ve got a lot of kids in town now. In the last five to 10 years, it’s been doing that shift.

“It used to be, when I first became an (emergency medical technician) 29 years ago, there were a lot of TLC calls. Because we had a lot of elderly people who were alone for long periods of time and maybe just needed a little attention. And so we did a lot of those calls. And we don’t see those kinds of calls anymore.”

Trautman said the “tender loving care” calls involved “just going and give them a little attention; take a blood pressure, talk with them and know that they’re OK and reassure them of that. Then they’re fine.”

For the most part, things run smoothly in town, Trautman said, although from time to time there are a few conflicts. One of the biggest problems lately has been getting the city’s water and sewer systems updated. A few years ago, water was so scarce in the summer that residents were restricted to household use only. It took ingenuity and several federal grants before the city finally managed to get two new wells with a piping system and a large water tank constructed, which has seemed to solve the problem — for now.

“We were originally told that we probably have 15 years of water,” she said. “They’re kind of backing off on that. But Winchester’s always had a history of water problem. There’s no water here. (Engineers) told us at that time, ‘You’re in a bathtub out there and the bathtub’s going to go dry.’ And I’ll be danged, that’s exactly what it did.”

Citizens seem pleased with the results, she said, although some people weren’t too happy at the time to see their water and sewer rates increase.

But those things aren’t necessarily under the control of the city.

“Rural development grant money has guidelines. People think they know how things run ... and they don’t realize that we’re governed by so many other things — state and federal. So when we’re making decisions, it’s not always because we want to make them. It’s because the council’s forced to make them that way.”

Even the honor of being the town’s grand marshal for the day won’t get Trautman off the hook for her civic responsibilities.

On that day, “I’ll help set up in the morning; make sure the barriers are out for the road, make sure the vendors get everything they need and I’ll help with the parade. I think we’ve determined I’ll ride one way through and then I’ll get out and come back and do my normal stuff, which is where I’m much more comfortable.”

Saturday begins at 8 a.m. at the Gateway convenience store with a Run in the Woods 5K fun run and walk. The cost is $25 with T-shirt; $15 without a shirt.

A show up and shine car show will be held at the Winchester Lake Lodge, and the parade begins at 10:01 a.m. Kids games follow the parade, including a sack race, three-legged race, wheelbarrow race and an egg toss with prize money.

At noon, pulled pork sandwiches with side dishes will be available for sale and, a fundraising auction to benefit the Winchester Quick Response Unit will be held.

A street dance begins at 5 p.m. on Main Street with the band Rough Cut. Fireworks over Winchester Lake State Park will begin at dusk. A $5 fee will be charged to enter the park.