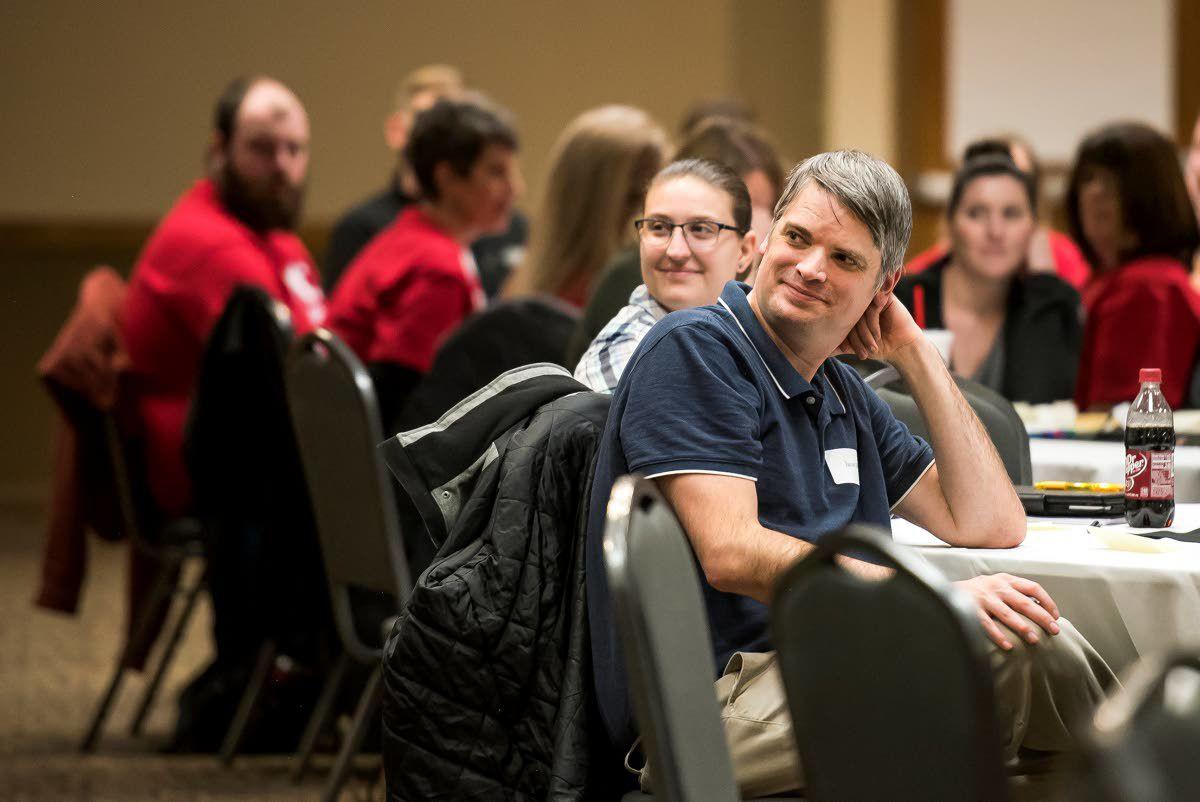 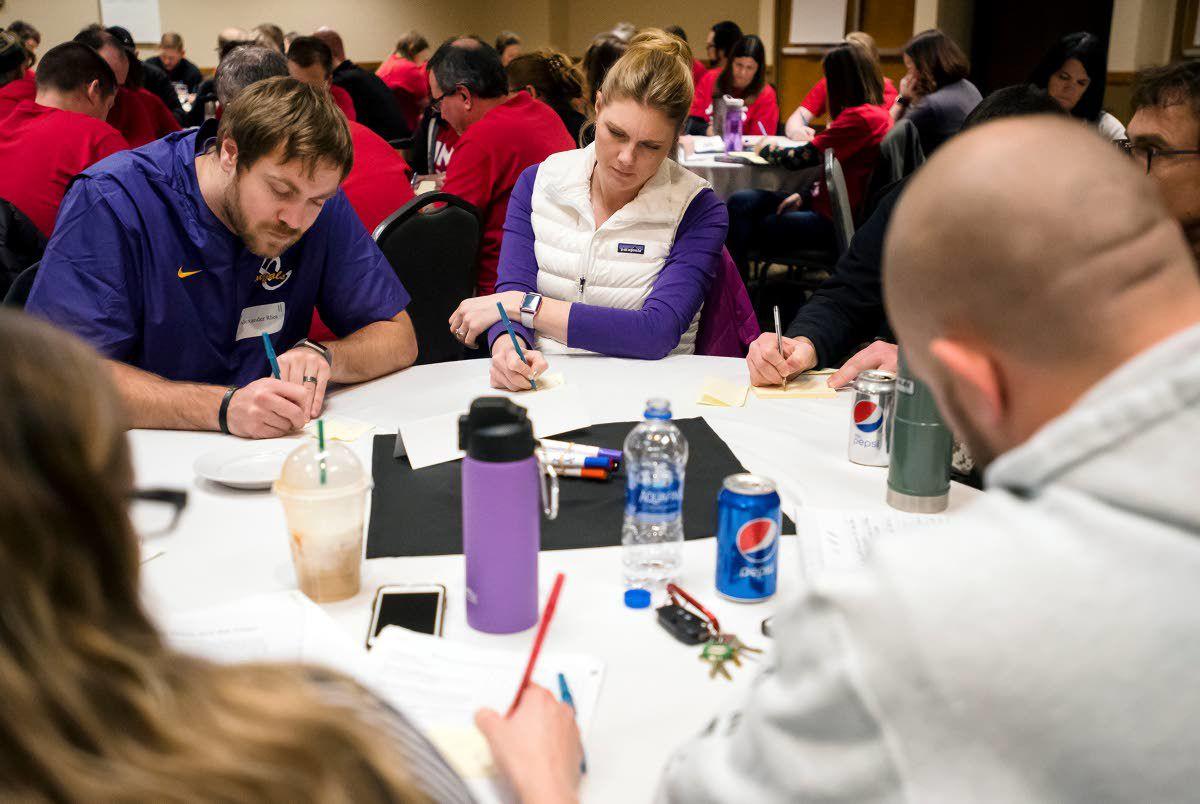 Lewiston High School employees participate in a thinking exercise during a day of professional development focused on cultural competency last month at the Red Lion Hotel in Lewiston. The conference was led by Jeff Guillory, retired Washington State University director of Diversity Education. 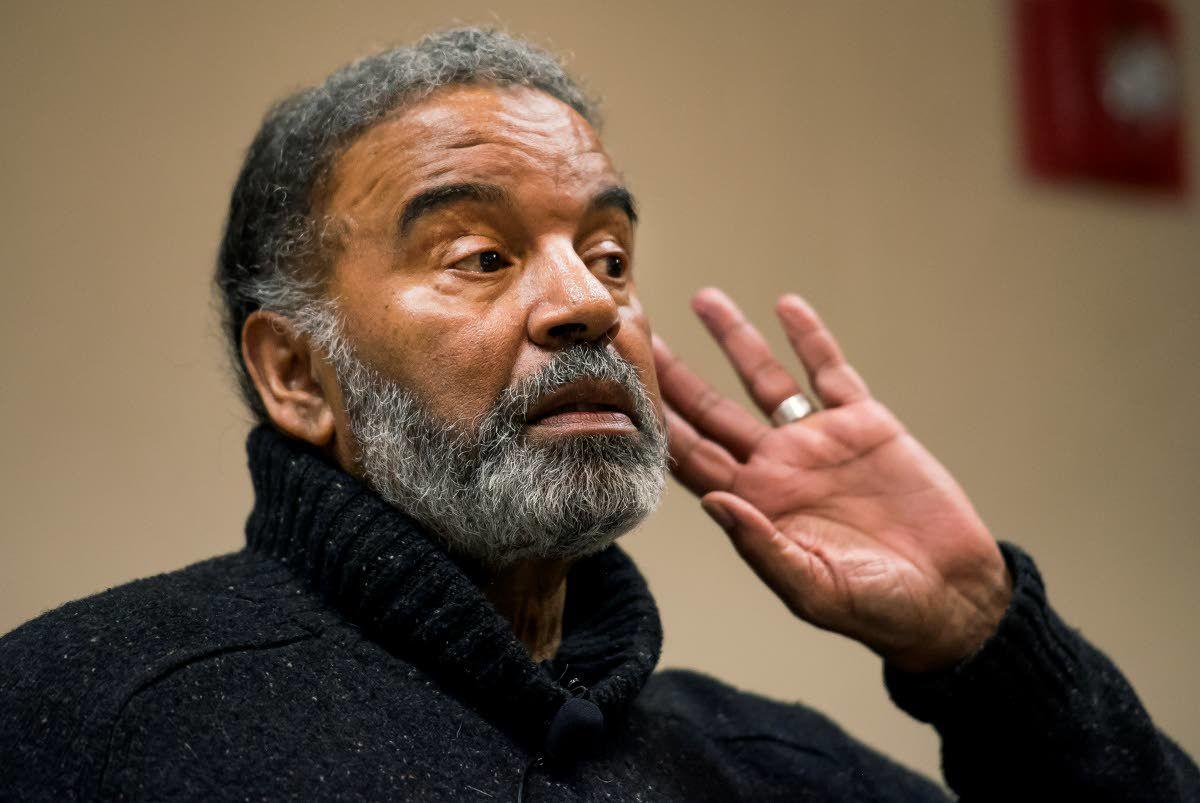 Jeff Guillory, retired WSU director of Diversity Education, leads an exercise during a day of professional development for the Lewiston School District.

Lewiston High School employees participate in a thinking exercise during a day of professional development focused on cultural competency last month at the Red Lion Hotel in Lewiston. The conference was led by Jeff Guillory, retired Washington State University director of Diversity Education.

Jeff Guillory, retired WSU director of Diversity Education, leads an exercise during a day of professional development for the Lewiston School District.

The Lewiston School District is working to revamp the culture within its schools after parents aired concerns about students’ involvement in racial incidents.

Late last year, the school board heard about racial slurs etched into bathroom stalls, students giving the Nazi salute before a football game and an incident in which a minority student was chased home amid threatening comments.

The parents demanded action. At a school board meeting, they asked the school district to implement cultural diversity training, create policies to deal with racial incidents and adopt new curriculum.

Other community members asked the school board and administrators to take their suggestions seriously.

“I encourage you to listen and learn and to accept the challenge to make this the best school district it can possibly be,” said Ray Rosch, a Lewiston resident, at the October meeting.

The school district worked with the parents to create a 15-member group focused on diversity, now known as the “cultural competence and inclusion working group.” Members include district staff, community members and parents.

Kimberly Eimers, the district’s director of student services, said the group is focused primarily on policy, curriculum and awareness, including professional development training.

“The group is very collective in where they want to go with their outcomes,” Eimers said.

By the end of the year, the group will craft a set of recommendations for the school board to consider.

“I think it gives credit to the working group that they’ve been able to come together so quickly with an actionable item or an outcome that I believe has had impact,” Eimers said.

She said the goal is to create an inclusive culture for students, teachers and patrons before the district is reorganized next school year, when a new high school and new grade-level configurations will create a different dynamic at all 11 of the district’s schools.

“(Culture) has been a focal point, or center point, of everything we’ve talked about this year,” Eimers said. “We’ve maintained a focus on what we want to establish and how we want to move forward.”

The changes don’t guarantee the eradication of racial incidents, but staff members are working to build stronger relationships with students through initiatives like a 20-day challenge aimed at inclusion.

During that challenge, staff is tasked with creating closer relationships with the district’s students. Some days, staff members hold a meet and greet with kids, while other days they have lunch with students.