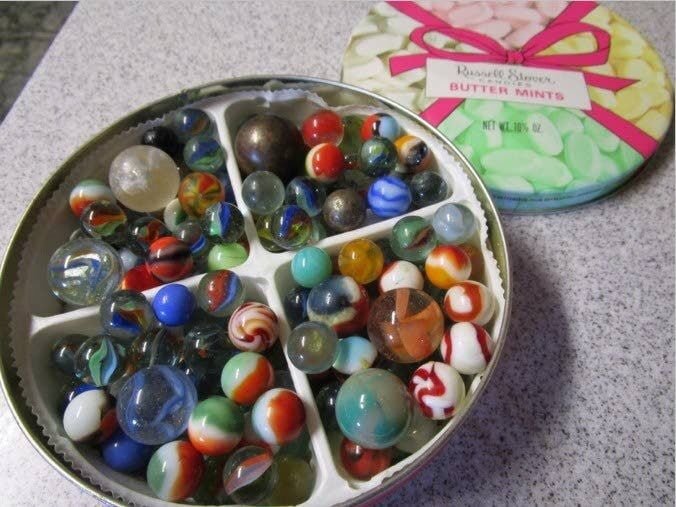 I still have my collection of marbles. My kids played with them, but I never let them play keepsies. 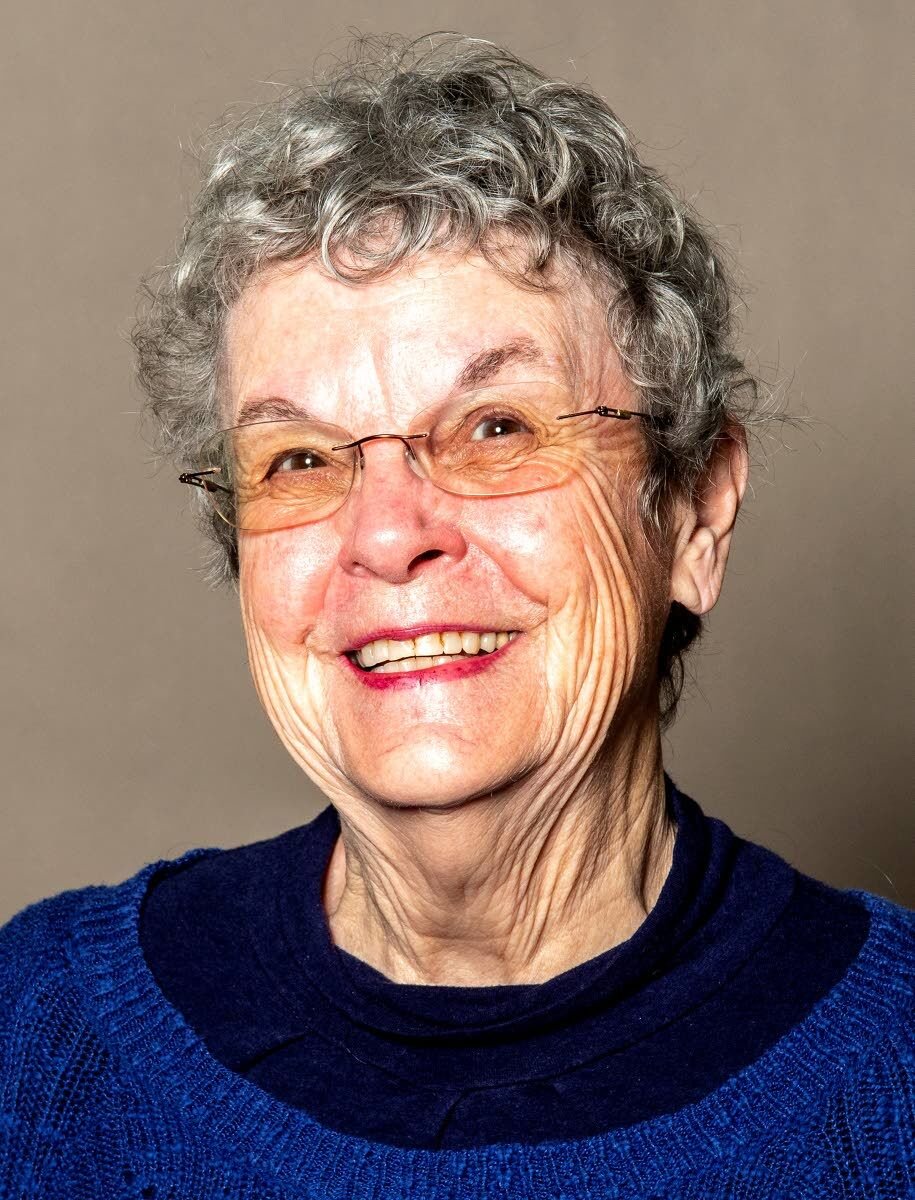 There wasn’t room at Orchard’s Elementary for the population explosion of Baby Boomers in 1949. New schools had to be built, but that couldn’t happen instantly. The solution for that year? Fourth graders were bused to the old Webster building by the Lewiston High School.

This building wasn’t made for fourth-graders. There was nothing to play on at recess. We were bored with playing guessing games and tag.

“Hey, we could play in the parking lot they don’t use anymore,” I pointed out to my friends. “We could play marbles. I still have mine that I bought in a grab bag at Newberry’s when I was a little kid.”

At the Orchard’s school, we had used sticks to draw rings in the dirt to play. We packed it down hard, because marbles don’t roll well in dirt. This place at Webster was perfect. We just needed chalk to draw circles on the concrete.

Mama triple-stitched a little bag for my marbles. I filled it with pieces of chalk and my beautiful marbles, plus a couple of steelies. Those are little round steel marbles that Daddy gave me from the machines at his work. They could do lots of damage to glass marbles if you hit them too hard.

Off I went to conquer the marble kingdom.

Miss Graves said, “OK, you can play on the concrete, but no keepsies.” That was all right. I didn’t want to lose mine. In case you don’t remember, keepsies was when you knocked someone’s marble out, then you got to keep it.

Every recess we played marbles. More and more people brought them. There were circles all over the parking lot. Winter came, and we couldn’t play outside. We tried to play in the classroom, but the marbles rolled too easily on the uneven floor. We abandoned our game until spring.

Finally, we went marbling again. We all got better and better. The more you practice ...

A thought struck me: “Hey, everybody, we’ve only got a week before school’s out. Let’s play keepsies. We won’t tell Miss Graves. Whoever has the most at the end of the week is champion.” My friends thought it was a great idea. Teachers never came on the playground. They would never know.

Winners of each circle on Monday played each other on Tuesday. Tuesday’s winners played on Wednesday, and so on. By Friday, there was only Bobby and me facing off. There were some tears and some angry kids, but no one tattled.

We counted our marbles. He had two more than I did. Oh, this is going to be a challenge. We each put in six marbles. He knocked one of mine out right off the bat. I ticked one of his and my shooter stayed in the middle. Oh, no. He was going to shoot me out and win. I held my breath. He hit it, but it didn’t go out. Now I get a chance to shoot one of his. You had to know your own marbles real well. You didn’t want to shoot your own out and beat yourself.

I shot hard. It hit one of mine, but mine hit one of his and it rolled slowly out of the circle. “Yeah!” the kids yelled. We went at it neck-and-neck, as my dad would have said. We both had only one left in the ring.

Who was going to win?

“What in the world’s going on out here?” I looked up. It was Miss Graves.

“Um, Bobby and I are p-playing for the ch-championship,” I stuttered.

“By the looks of your bag, I’d say you’re playing for keeps,” she accused.

Not one of our friends said a word. Bobby and I picked up our own marble and walked into school with smirks on our faces. We were the champions.

Chase Hoseley is a freelance writer and retired kindergarten teacher who lives in Clarkston. She looks forward to sharing her out-of-the-box, out-loud thoughts with you each month. She can be reached at shoseley8@gmail.com.