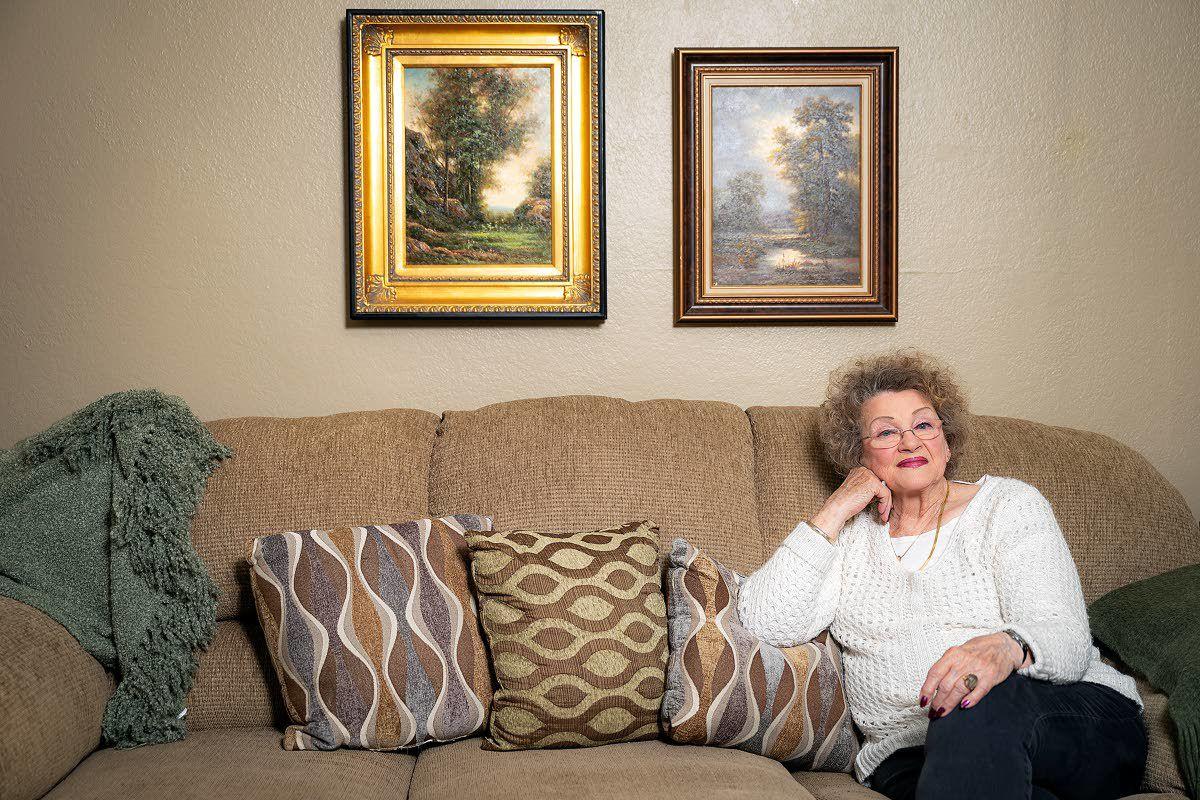 La Verne Haines, 86, poses for a portrait last month in her living room in Lewiston. She is shown below in 1953, the year she was crowned. 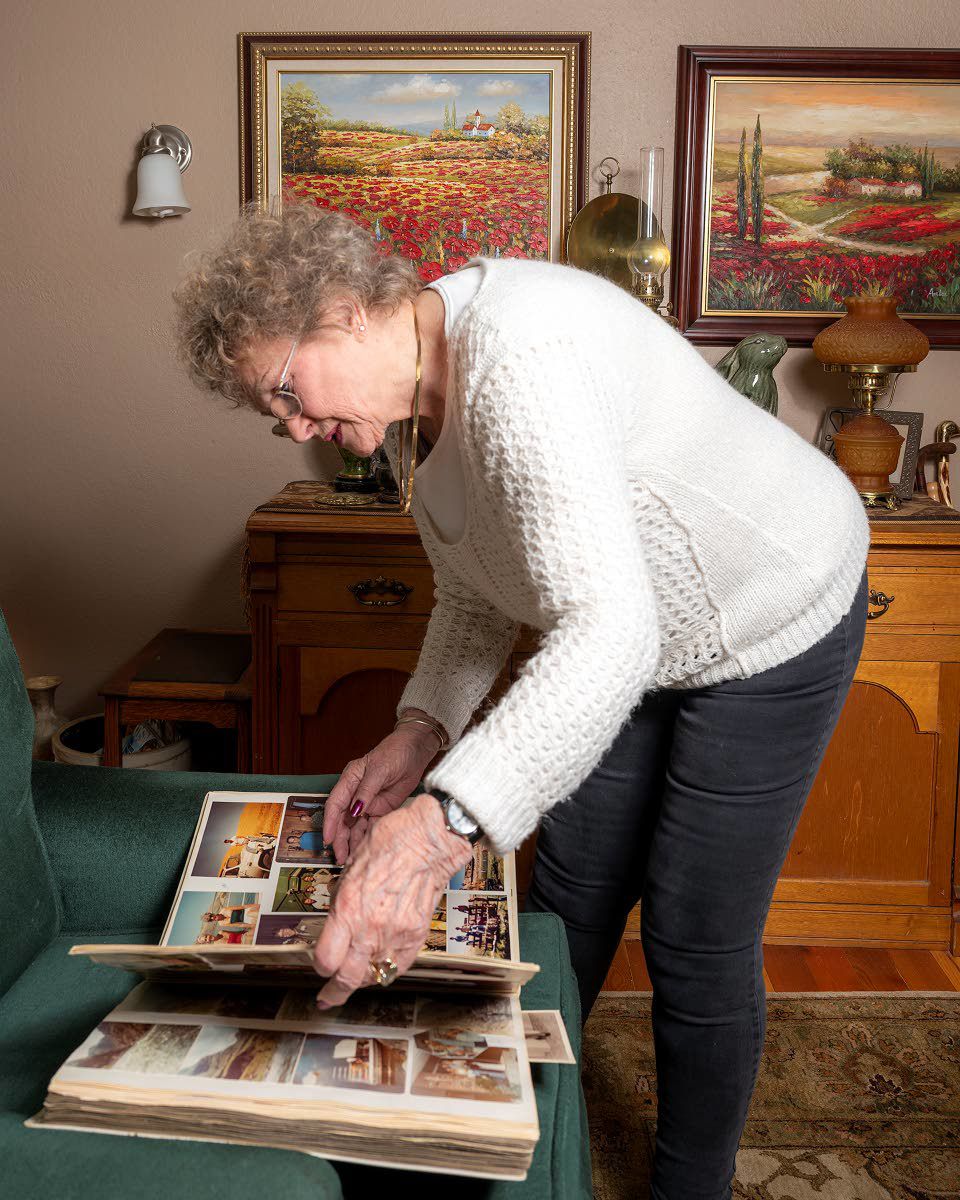 La Verne Haines flips through a scrap book filled with pictures at her home on Wednesday, June 10, in Lewiston. 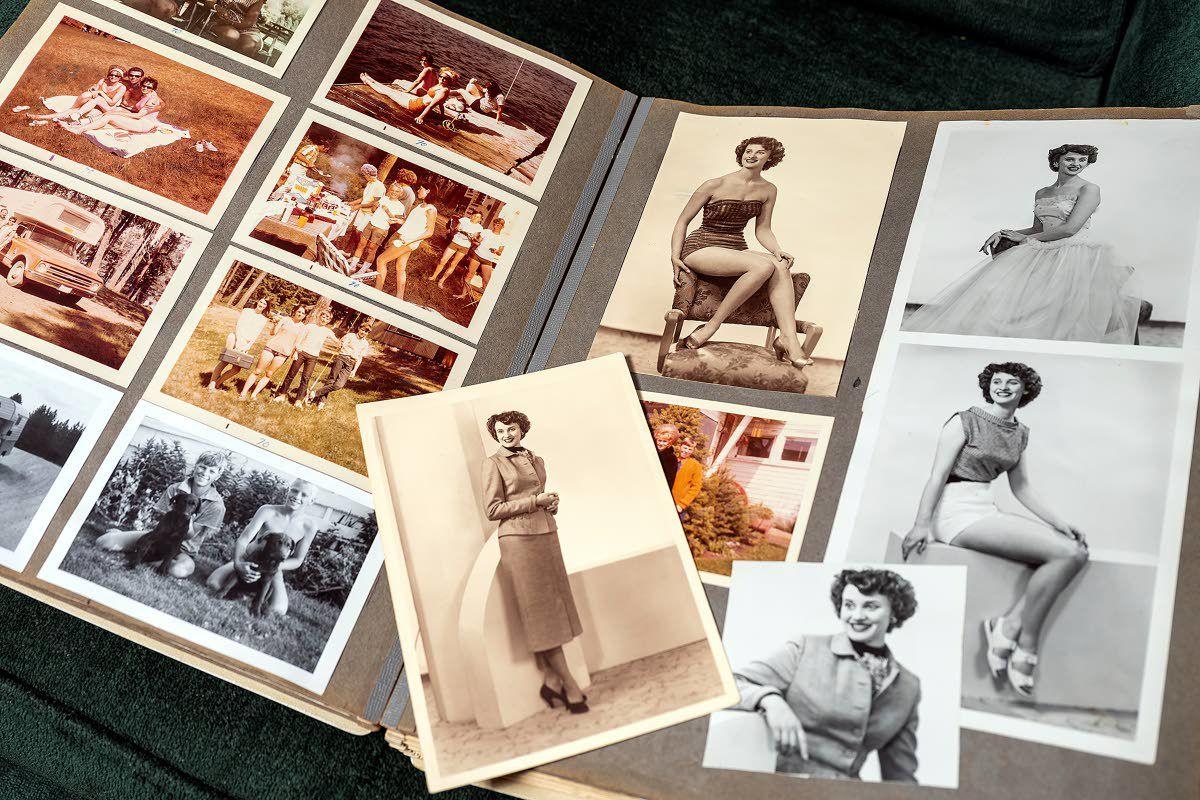 This scrapbook is filled with family photos and some of La Verne Haines’ modeling work. 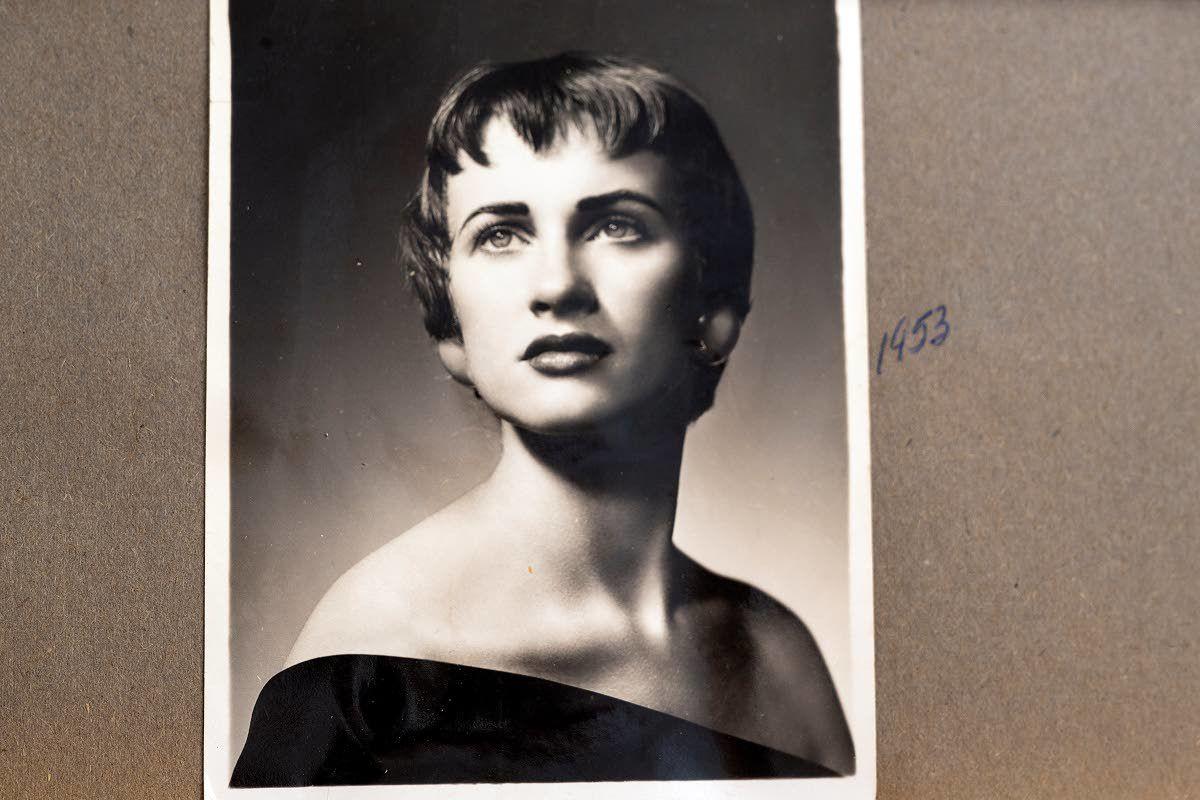 La Verne Haines, 86, poses for a portrait last month in her living room in Lewiston. She is shown below in 1953, the year she was crowned.

La Verne Haines flips through a scrap book filled with pictures at her home on Wednesday, June 10, in Lewiston.

This scrapbook is filled with family photos and some of La Verne Haines’ modeling work.

One of the bright spots in La Verne Haines’ life took place on the stage at the Lewiston High School auditorium on a spring night in 1953.

She was 19 years old and “glowing in her ankle-length pink formal,” according to the Lewiston Tribune archives, when she sat upon a throne as the new Miss Lewiston, wearing a crown of daisies and holding a “huge trophy.” Nearly 1,200 people turned out for the event, which included a spring style show.

Now 86, the Lewiston retiree has fond memories of the long-ago evening and her time in the spotlight. Her favorite part was singing “Will You Remember?” by Sigmund Romberg during the talent portion of the contest.

“I remember being very happy they chose me,” Haines said in a recent phone interview. “One of the best things during that time of my life was when the Lewiston newspaper said I had an outstanding soprano voice after I competed in Boise for the title of Miss Idaho.”

An Idaho native, Haines was born to Catherine Amen and Clark Lutes in Sandpoint, the youngest of 12 kids.

“We were spread out quite a ways,” she said. “I had brothers old enough to be my father.”

The family had moved to Idaho from the Midwest because her father “decided he was going to try to get free land.” He later went to work for the railroad, but the family struggled financially.

“My mother decided she didn’t have enough money coming in from my father,” Haines said. “When I was 4 years old, she decided we would go to Lewiston and find my father who was working for the railroad. She packed us all up, lock, stock and barrel, and we moved to Lewiston. Dad found us a place to live with a family on 21st Street.”

Haines said her father was not very good about supporting his large brood, so her mother contacted the authorities for help.

“My father had to buy us a farm outside of Lapwai, and she supported us with farming and gardening. When she moved us down from Sandpoint, there were eight of us still at home. She was a strong woman. We all worked, took care of animals, planted gardens and supported ourselves.”

After graduating from Lapwai High School, Haines worked for a foot doctor and at Owl Drug Store. Her reign as Miss Lewiston didn’t come with many duties, but she was asked to welcome the governor a couple of years after she won. She declined the invitation because she was a young wife by then.

“I married a guy named Jim Haines, one of the brothers from the Diamond Shop. Jim decided we should work the family farm up by Colfax, which was homesteaded by his grandfather. I lived on the farm for 32 years, raised my two sons, Rod and Matt, and after my boys were raised, I decided it was time for me to leave the farm, so I did.”

After her divorce, Haines bought a large house in Lewiston, where she provided room and board to Japanese students attending Lewis-Clark State College.

“I had five students in my house, and I made part of my living that way,” she said. “It was fun, and I prepared the evening meal. During those years, I dated several gentlemen, but I kind of enjoyed my single life and friends and didn’t want to marry again.”

Her son, Rod, resides in Clarkston, and Matt moved to Malibu. “That’s probably where I’ll eventually go in a couple of years. I want to see more of him.”

Years ago, she joined the Washington-Idaho Symphony and sang with them for about 10 years. “I loved the music and I love to sing. I would still do it if I was capable of standing on the risers. I’ve always been very healthy. As age has crept on, things kind of fall apart. I’ve had surgeries on both of my knees and minor things.”

The coronavirus pandemic has kept her inside, but Haines said she’s content in her Normal Hill apartment.

“I’m fine. I’m in my apartment, and I’ve kind of quarantined myself. My son orders my food and it’s brought to my door. I just use my telephone if I want to visit with anyone. I’m comfortable right where I am. I read, and I like solitaire. I watch a lot of TV. I’m hanging on.”