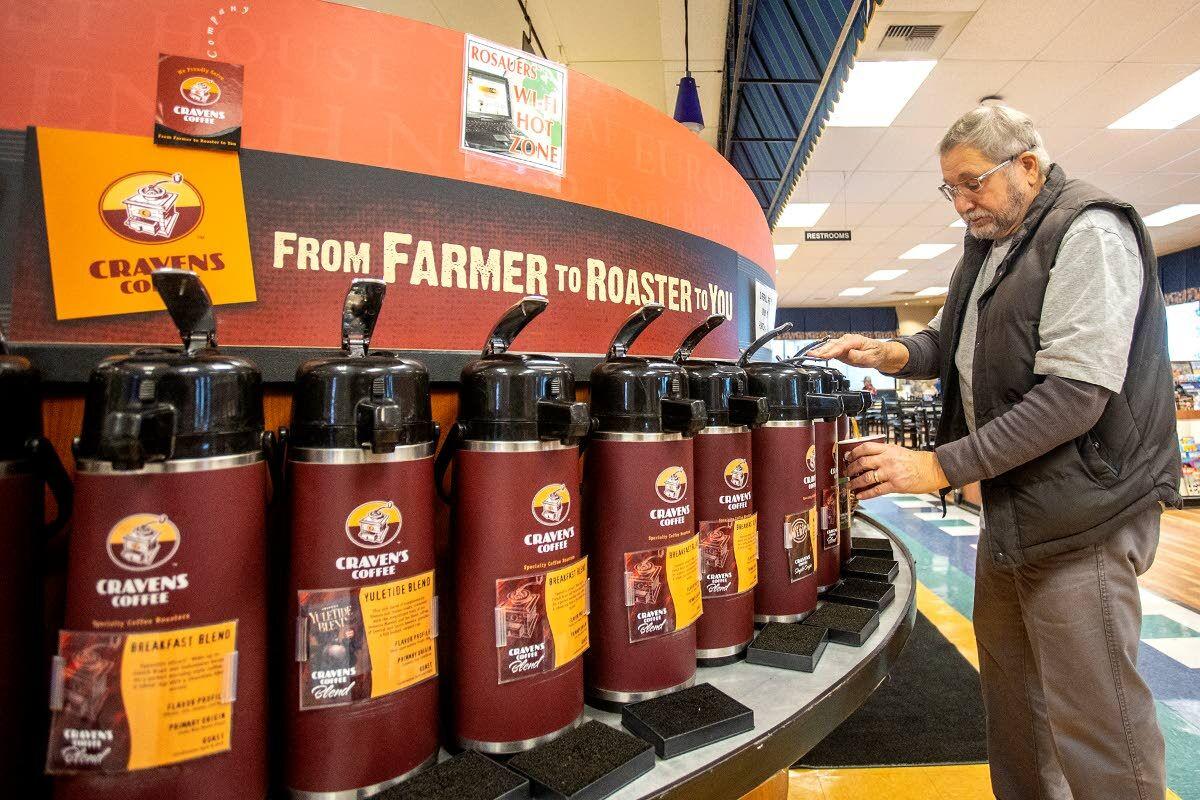 Jerry Aucutt gets a refill of coffee last week at Rosauers Supermarket in Lewiston, where he and friends Ron VanSickle and Gordon Hubbard are regulars. 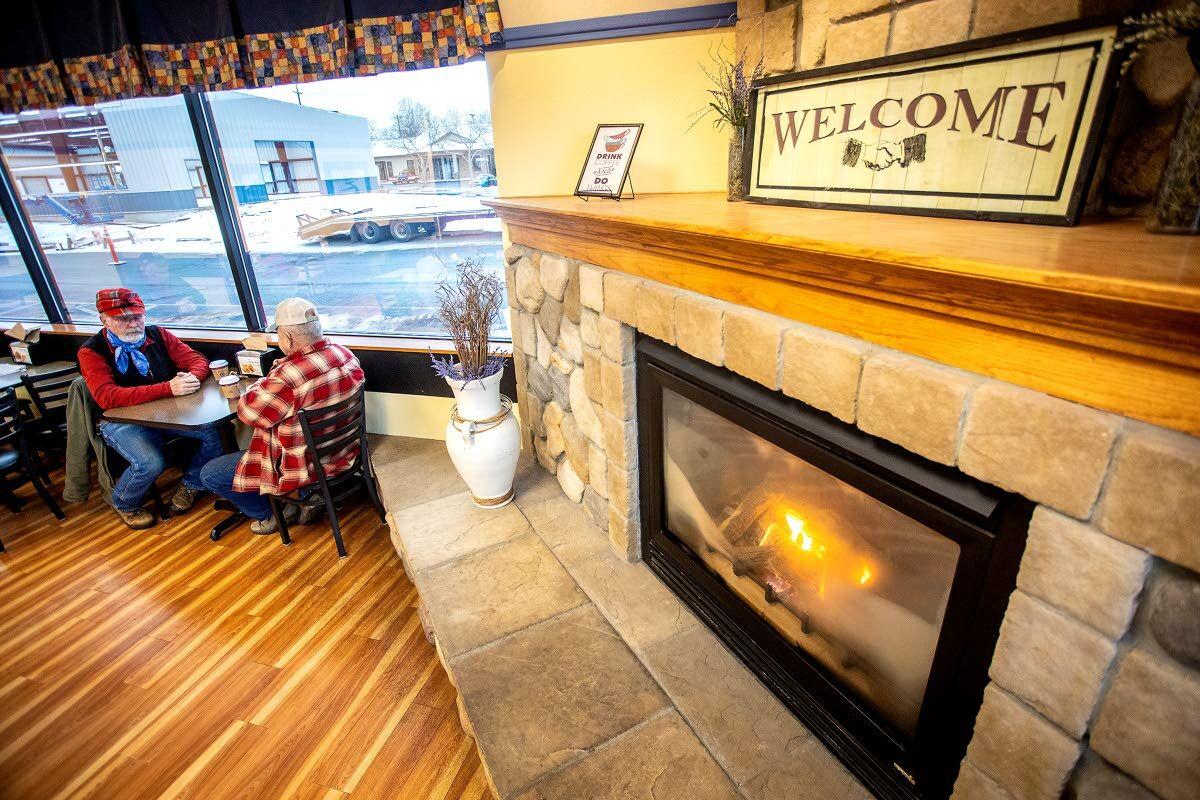 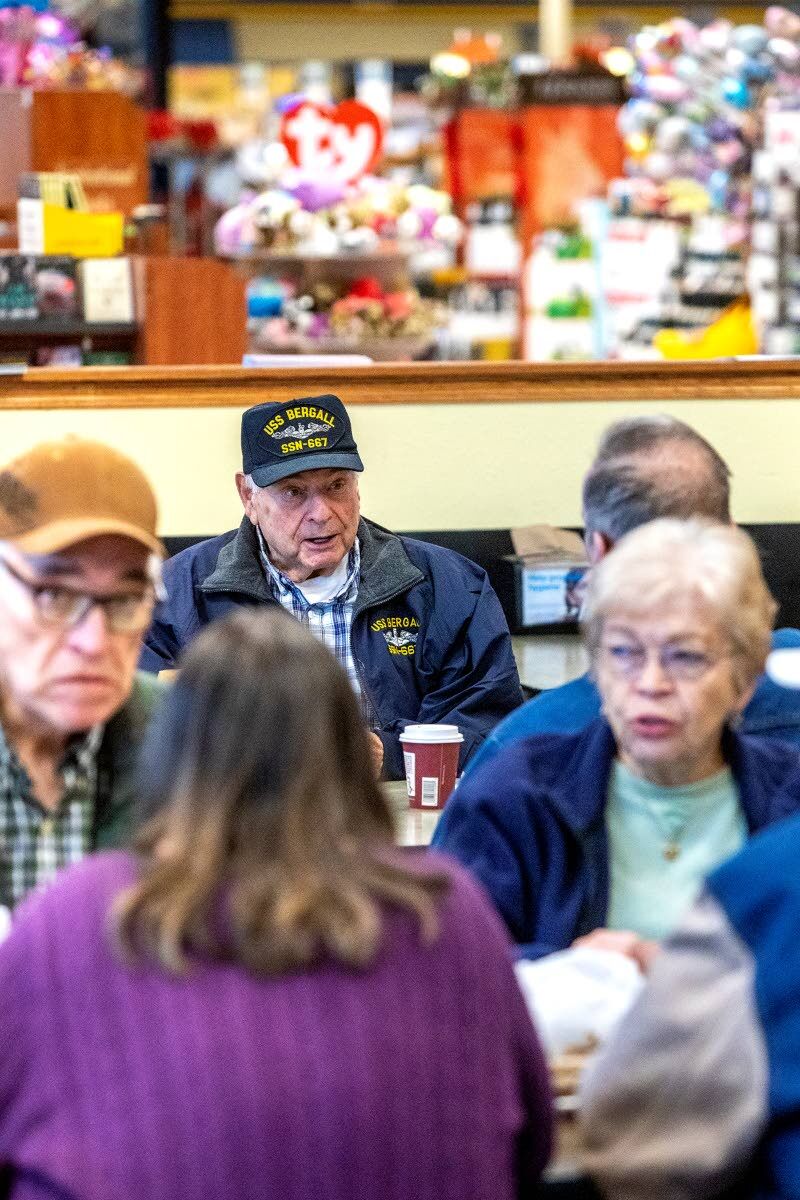 People enjoy coffee and company on a recent morning at Rosauers Supermarket in Lewiston.

Jerry Aucutt gets a refill of coffee last week at Rosauers Supermarket in Lewiston, where he and friends Ron VanSickle and Gordon Hubbard are regulars.

People enjoy coffee and company on a recent morning at Rosauers Supermarket in Lewiston.

If you stop by Lewiston’s Rosauers in the early morning hours, you will often find retired, or mostly retired, friends meeting for coffee.

These groups aren’t part of any formal club but meet in the cafe area of the store to sip coffee or cocoa and chat.

Rosauers store manager Mike Peer said the cafe area used to be part of a restaurant, but was remodeled in 2003 and the restaurant was taken out. The area was filled with tables, chairs and a fireplace to create a dining and sitting area. Then the coffee drinkers came.

“From 2003 on, it’s pretty busy every day with coffee drinkers,” Peer said.

Some of those regulars include Ron VanSickle and Gordon Hubbard, who have been meeting for at least five years, with Jerry Aucutt joining for the last two. They knew each other before their coffee chats, with VanSickle and Hubbard meeting through muzzleloading.

They gather once a week at the same designated time, enjoying whatever brew is available. Usually there are about 12 pots with a morning breakfast blend, sold by the cup, according to Peer.

He said the cafe area was closed in March 2020 because of the COVID-19 pandemic and later reopened with safety protocols in place and tables 6 feet apart. It eventually went back to full operations, and the coffee drinkers returned.

“(The cafe) was closed a few times but we met when they were open,” VanSickle said.

“We had plenty of projects at home to do, so we just did that,” Richardson said.

He and Uhrich also have been meeting over cups of joe for a number of years. They knew each other through their church, Tammany View Baptist in Lewiston. Their group used to be bigger, but some of their friends, including Gordon Courtney and Lyle Skinner, have died.

Richardson said their coffee schedule “depends on what we gotta do for the day.”

However, neither have to worry about finding time around a work schedule since he and Uhrich are retired.

Although there are many coffee shops in town, Rosauers offers a good location for Richardson and Uhrich.

“It’s in between both of our houses,” Richardson said.

Peer has his own theory for the popularity of the Rosauers cafe. “It’s a big area where a lot of people can come in,” Peer said. “A lot of the guys come in and meet with all their friends.”