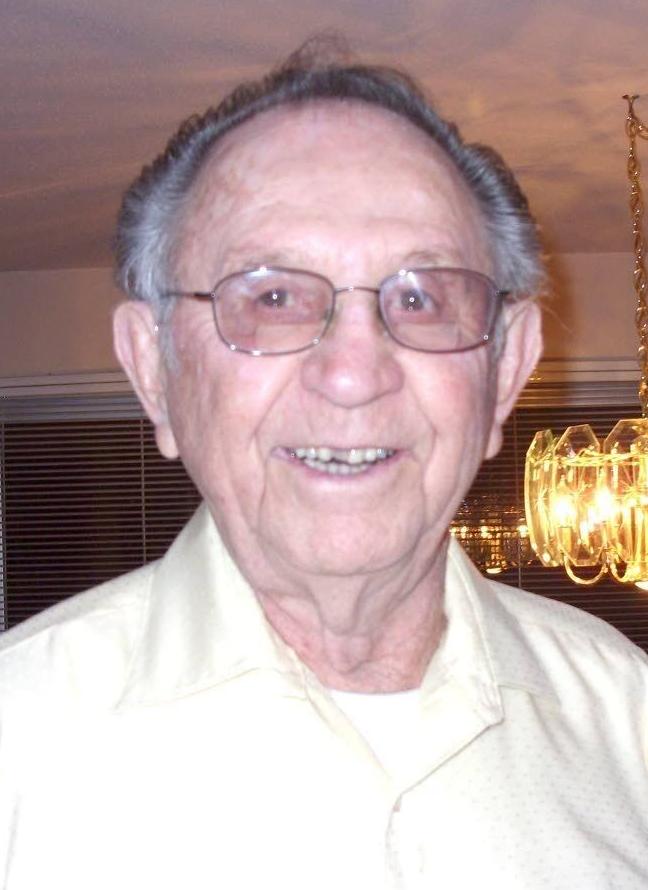 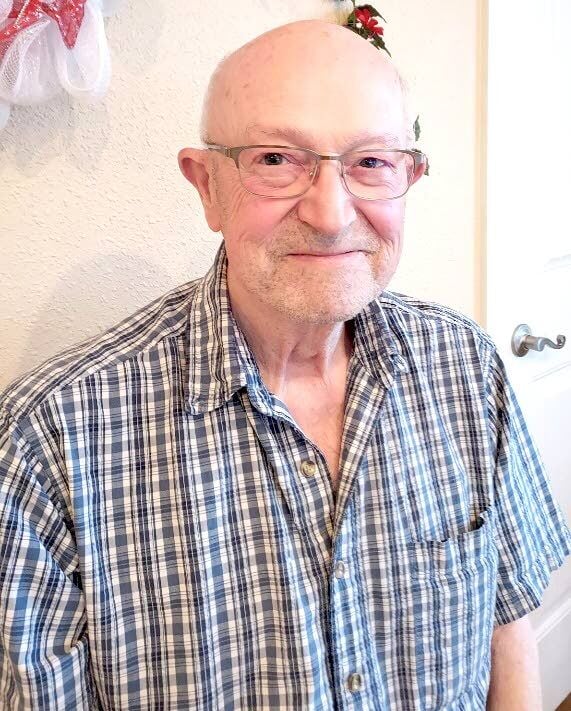 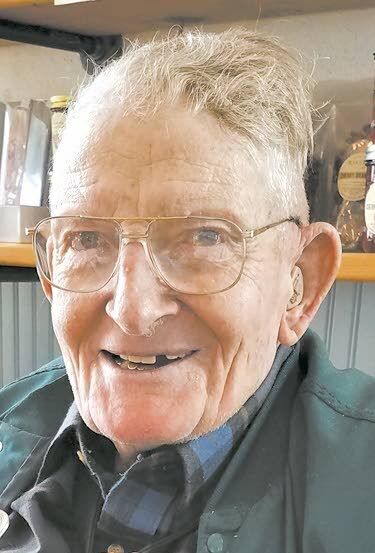 Ronald J. Sonnen, was born in 1932, to Albine and Olivia Sonnen at home in Greencreek, where he still lives.

Ron was the fifth of 10 children. He graduated from Greencreek High School in 1950 and served in the Korean War as a truck driver from 1952-54.

Ron purchased the family farm from his dad and spent his life farming and ranching. He married Doris Schmidt of Greencreek on April 21, 1956; they recently celebrated their 65th wedding anniversary. They raised seven children, Debbie (Colin), Linda (Robert), Steve (Sue), Donna (Rob), Janet (Stan), Bruce (Jennifer) and Judy (Jason) and have 18 grandchildren and nine great-grandchildren ranging in age from 41 to 7 months.

Ron enjoys horse, cattle and auction sales, visiting, reading area historical books and sharing special occasions with family. He was an active member in the St. Anthony’s Society, the Knights of Columbus and a road commissioner for the Greencreek Highway District.

A family birthday celebration will be held at their home.

Leo Snider was born in 1925 to Cecil and Flossie Snider in Cereal, Alberta, Canada. In 1928, the family moved to Clarkston, where he still lives.

Leo attended school in Clarkston, graduating in 1942. He started playing golf at Clarkston Country Club the year it was built, 1937. He excelled at golf and was proud of winning the Wingding tournament in Lewiston, making three hole-in-one shots and shooting his age more than once until age 87.

After graduating high school, he went to work at Mason Ehrman. When World War II started, he enlisted in the U.S. Navy, serving on Pitili island and on the USS Pocomoke for two years. He returned to Clarkston and married Mildred Byers in 1949. They had two sons, Mark, of Clarkston, and Craig, of Puyallup, Wash. He has three grandchildren and six great-grandchildren. He worked at Morgan Brothers in Lewiston until retiring at 59. He is a member of the First Presbyterian Church in Clarkston.

Leo loves to tell a good story and enjoys singing at church and karaoke at any opportunity. He took loving care of his wife, keeping her at home until her death in September 2018. He lives at Evergreen Estates.

Donna Neumayer, of Lewiston, was born in 1927 in Astoria, Ore.

She spent her early years in Skamokawa, Wash., on a dairy farm with her parents and sister, Ellen Gimlin Keatts.

The family moved to Bonners Ferry, Idaho, where she graduated from Bonners Ferry High School. Donna then attended Washington State University. She married her high school sweetheart, John Neumayer, when he returned from World War II in 1948.

John and Donna raised their three children in Lewiston. She is blessed with seven grandchildren and seven great-grandchildren.

Donna worked for Valley Ears, Nose and Throat as the clinic’s office manager until her retirement in 1989. She was a volunteer at St. Joseph’s Regional Medical Center and is a member of All Saints Catholic Church. John died in 2016.

Donna continues to enjoy spending time with family and friends and is currently living at Unique Senior Care.

Doug Brannon was born in 1942 in Colfax to Merle and Eva Brannon. He has one younger brother, Alvin Brannon.

Doug attended school in LaCrosse, Wash., graduating in 1960. He received his bachelor of arts degree in English from Whitworth College in 1964.

He taught school in Oak Harbor, Wash., until his retirement in 1971 and moved from Seattle to Lewiston in 2017.

After retirement, Doug traveled extensively to the Middle East, starting in Istanbul and moving on to Eygypt and the pyramids. He also spent time in Rhodes, an island off Turkey, visited Sicily and Rome and made a few trips to Syria.

Wayne Wilson was born in 1927 in Almira, Wash., to Alanzo Canada and Margaret Ruth (Russell) Wilson. In 1931, his family moved to Big Bear Ridge near Kendrick, where he still lives.

During World War II, he served as a yeoman in the Navy and was stationed at Termin-al Island in Long Beach, Calif.

After returning from his military service, he went to work farm-ing on Big Bear Ridge, retiring in his late 80s.

An avid newspaper reader, he likes to keep up on current events and social activities. He especially enjoys visiting cafes for meals.

To submit birthdays: Birthday announcements starting at age 70 are accepted for free publication in the month of the birthday only. Length limit is 200 words. All submissions must include the name and contact information of the person submitting the announcement. Current photos are welcome — please no dated pictures. To have photos returned, please include a stamped, self-addressed envelope. Submissions may be sent to goldentimes@lmtribune.com or Golden Times, P.O. Box 957, Lewiston, ID 83501. Questions may be directed to editor Julie Breslin at jbreslin@lmtribune.com or (208) 791-6635. February birthday announcements must be received by 5 p.m. Jan. 15.