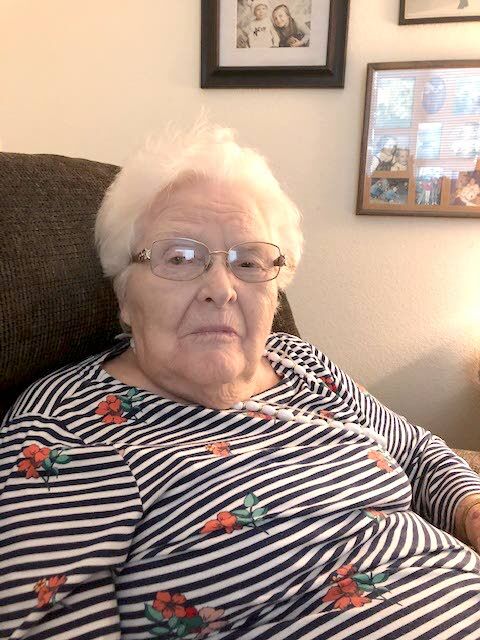 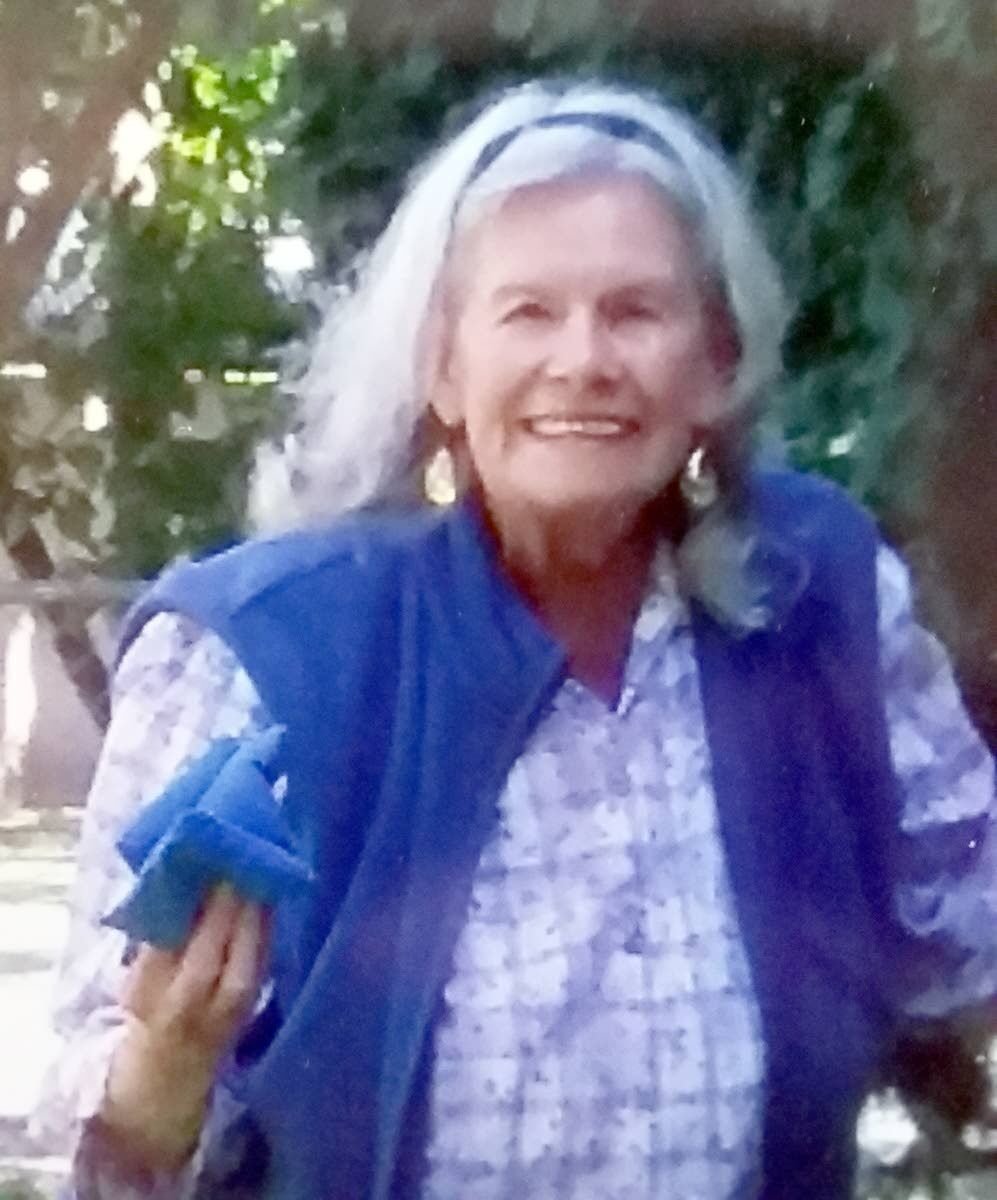 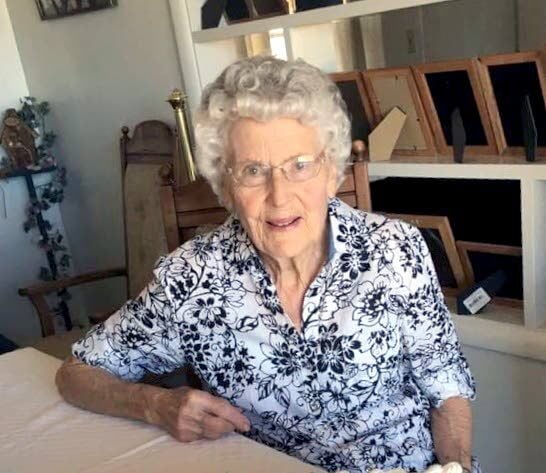 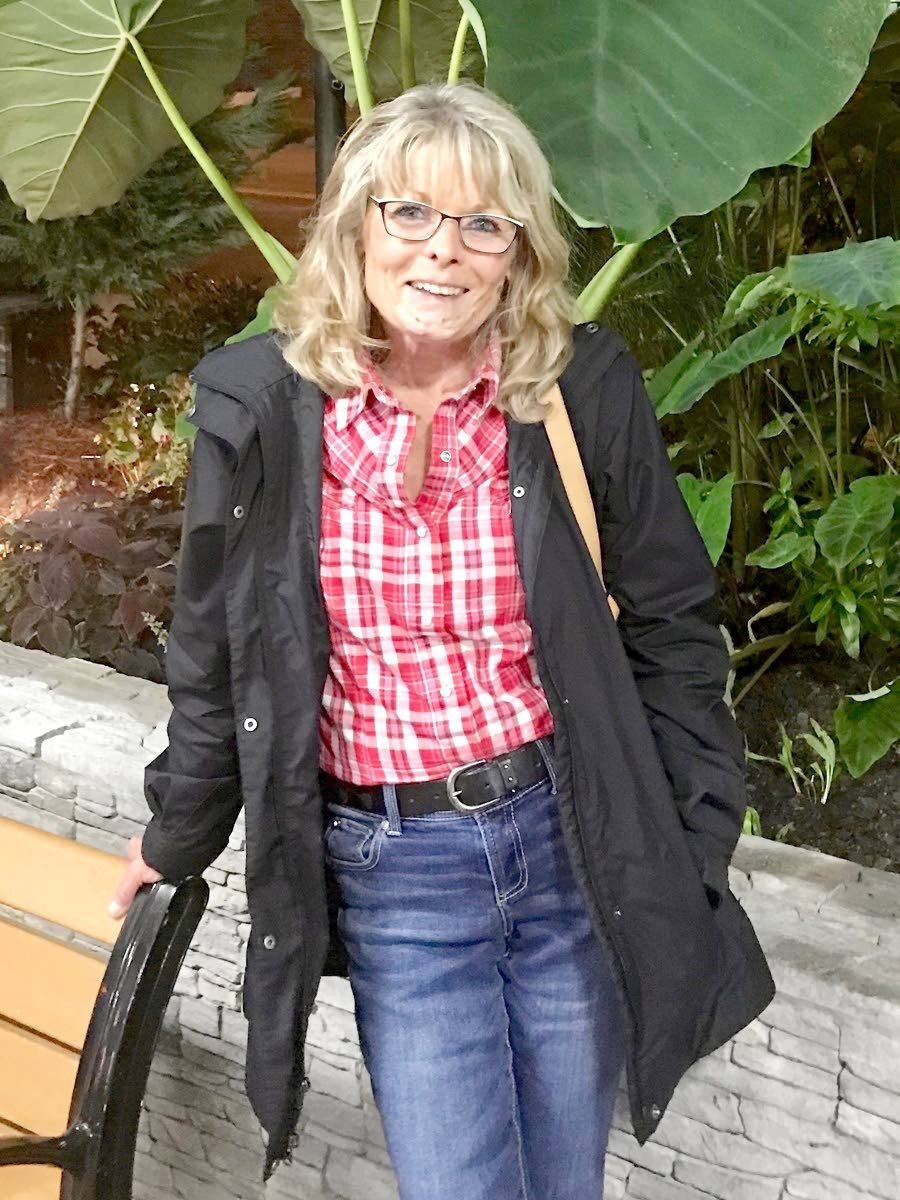 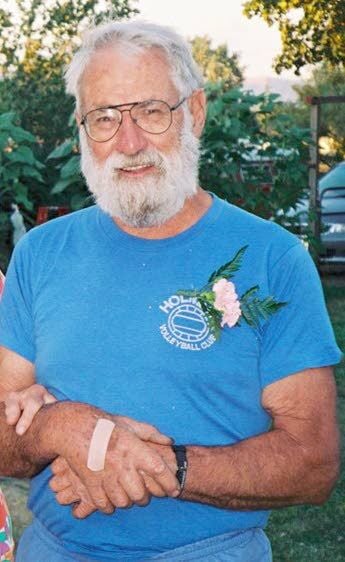 Lucile Pate of Lewiston was born in 1922 to Willard and Gretta Porter in Bismarck, N.D. Her family farmed in North Dakota until 1935, when the Dust Bowl forced them to join family in Nampa.

Lucile graduated from Nampa High School in 1940, and after business college, she began working for Idaho First National Bank.

In 1969, they moved to Lewiston, where Lucile continued to work for the Idaho First National Bank until her retirement in 1984. Lucile was active in the First Baptist Church, Order of the Eastern Star and Altrusa. After her retirement, she and Curtis enjoyed spending time at their cabin and traveling. Their family includes two granddaughters and two great-grandchildren, who live in Alaska.

Curtis died in 1999, and Lucile continued to live in her home, with the help of her amazing neighbors, her dogs, neighborhood cats and her roses. In 2018, she moved to Golden Girls Residential Care, where she likes to read, play bingo and spend her afternoons watching Dr. Phil.

Harlene Claudette Martin was born in 1933 and moved from Oregon City, Ore., to Lewiston in 1977.

She bought Vans Club, then moved and named her bar the Wooden Nickel, and two years later to Canters, where she had her business for 10 more years.

She met some wonderful people along the way — and others, not so much. It wasn’t always a bed of roses, but it never was dull.

At 87, she’s still up for a game of corn hole, has the title for most games won at Zantzee and still spends hot days at Hells Gate on a floaty. Her motto is, “Just keep moving, you can rest when you’re dead.”

To submit birthdays: Birthday announcements starting at age 70 are accepted for free publication in the month of the birthday only. Length limit is 200 words. All submissions must include the name and contact information of the person submitting the announcement. Current photos are welcome — please no dated pictures. To have photos returned, please include a stamped, self-addressed envelope. Submissions may be sent to goldentimes@lmtribune.com or Golden Times, P.O. Box 957, Lewiston, ID 83501. Questions may be directed to editor Julie Breslin at jbreslin@lmtribune.com or (208) 848-2241. November birthday announcements must be received by 5 p.m. Oct. 15.

Farrell “Pete” Cook, of Lewiston, was born in 1930 in Springview, Neb., the third of eight children of Kenneth and Zelda Cook. He grew up living the farm life, graduating from high school and serving in the Korean War.

In 1957, Pete and Patsy bought a home in the Lewiston Orchards, where they raised five children. They celebrated 65 years of marriage prior to Patsy’s death in 2019. Pete remains in that same house with his dog, Charlie.

Pete always enjoyed the outdoors; elk season was his highlight. Also, every summer he packed the family into the Rambler for the long drive to Nebraska. His daughter, Darla, still takes him back each year.

Pete likes working in his yard and walking his dog. He looks forward to visits from friends and his family (five children, 10 grandchildren, seven great-grandchildren, and one great-great grandchild).

Because of COVID-19, the family plans a private celebration. They encourage friends to call Pete to schedule a visit.

Eileen Pentzer was born in 1930 to Hiram and Pearl Presnell, in Craigmont. She had six brothers and one sister.

Eileen attended Calvary Country School in rural Craigmont and graduated from Craigmont High School in 1949. That September, she married Paul Pentzer, and they moved to Paul’s new home on his farm in rural Winchester. They farmed and ranched and raised six children: Judy, Patty, Roberta, Richard, Ed and Dan, and they also cared for many foster children over the years.

Eileen attends Winchester Community Church and the Craig Mountain Senior Center. She loves to do yard work and has beautiful flowers, when she can keep the deer away. She still lives on the farm and helps out her sons, who run the operation.

Terry Reeves was born in 1950 to Henry George and Shirley Latham.

The oldest of six children, she was often the leader and caretaker of her siblings. Helping family and friends still is what makes Terry happy.

She grew up in Lewiston, and her horses meant everything to her. She served as 1969 queen of the Lewiston Roundup.

Marrying Larry Reeves in 1975 and joining him on Reeves Ranch changed her life. For years, she brought yummy, warm meals to the harvest field. She is a true “cattle whisperer” and can pretty much tell the cows what pastures to leave, fences to follow, and gates to enter. Terry was a well-loved 4-H leader, cattlewoman and Lewiston Roundup Royalty chaperone.

She has two daughters, Angie and Amanda. They have given “Grandma Terry” five grandkids, who are the light of her life. She can easily be heard cheering at events.

She loves and tends to her flowers and parklike homestead, where she and Larry live near Anatone. They continue to raise prime beef and grow various cereal crops. Terry strives to stay active. She loves to travel, she loves black licorice, and she loves hugs from those she treasures.

James Calvin was born in 1927 in Clark-ston. His family later moved to Kamiah, and he grew up along the bank of the Clearwater River.

As a young man, his true love was flying his red J-3 Piper Cub. When he worked in Headquarters, he and a buddy extended the Clearwater-Potlatch Timber Protective Association runway.

Jim married Helen Dragseth, also of Kamiah, and they lived in Headquarters as newlyweds. Later, Jim went to college in California. At his next job, a friend was moving to Venezuela to work at a U.S. Steel iron mine, and Jim decided to go, too. That began his life of living and traveling around the world as a mine maintenance engineer, with Helen and children Linda, Jimmie, Nancy and John.

Jim had a great sense of adventure and tried everything at least once — dugout canoes, water skiing, scuba diving, gliders, etc. In Venezuela, he had a seaplane and flew all over the jungle following the rivers.

When it came time to settle back in the United States, Jim headed to his roots — Clarkston — where he now resides.

To submit birthdays: Birthday announcements starting at age 70 are accepted for free publication in the month of the birthday only. Length limit is 200 words. All submissions must include the name and contact information of the person submitting the announcement. Current photos are welcome — please no dated pictures. To have photos returned, please include a stamped, self-addressed envelope. Submissions may be sent to goldentimes@lmtribune.com or Golden Times, P.O. Box 957, Lewiston, ID 83501. Questions may be directed to editor Julie Breslin at jbreslin@lmtribune.com or (208) 848-2241. November birthday announcements must be received by 5 p.m. Oct. 15.