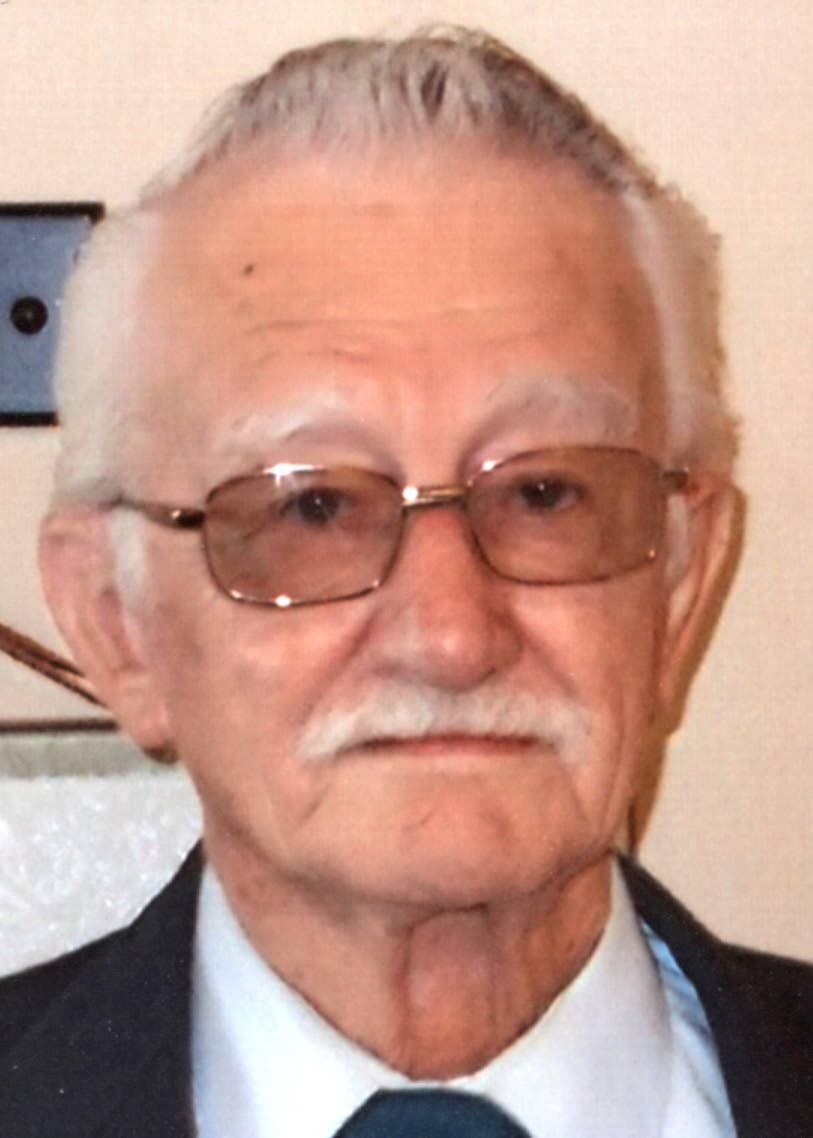 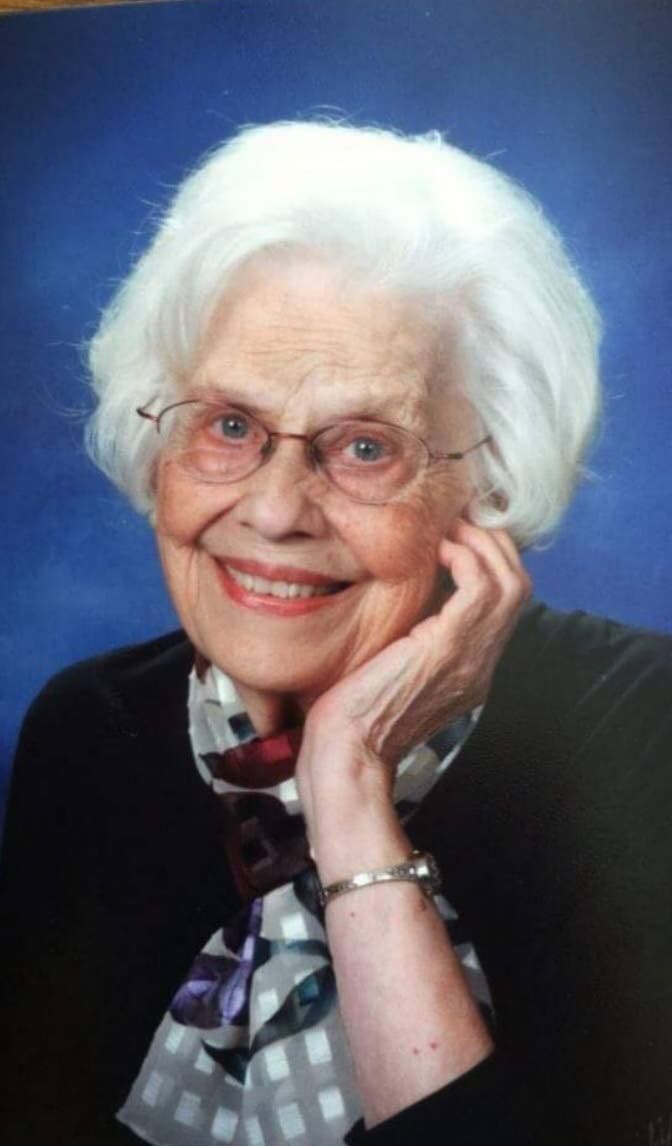 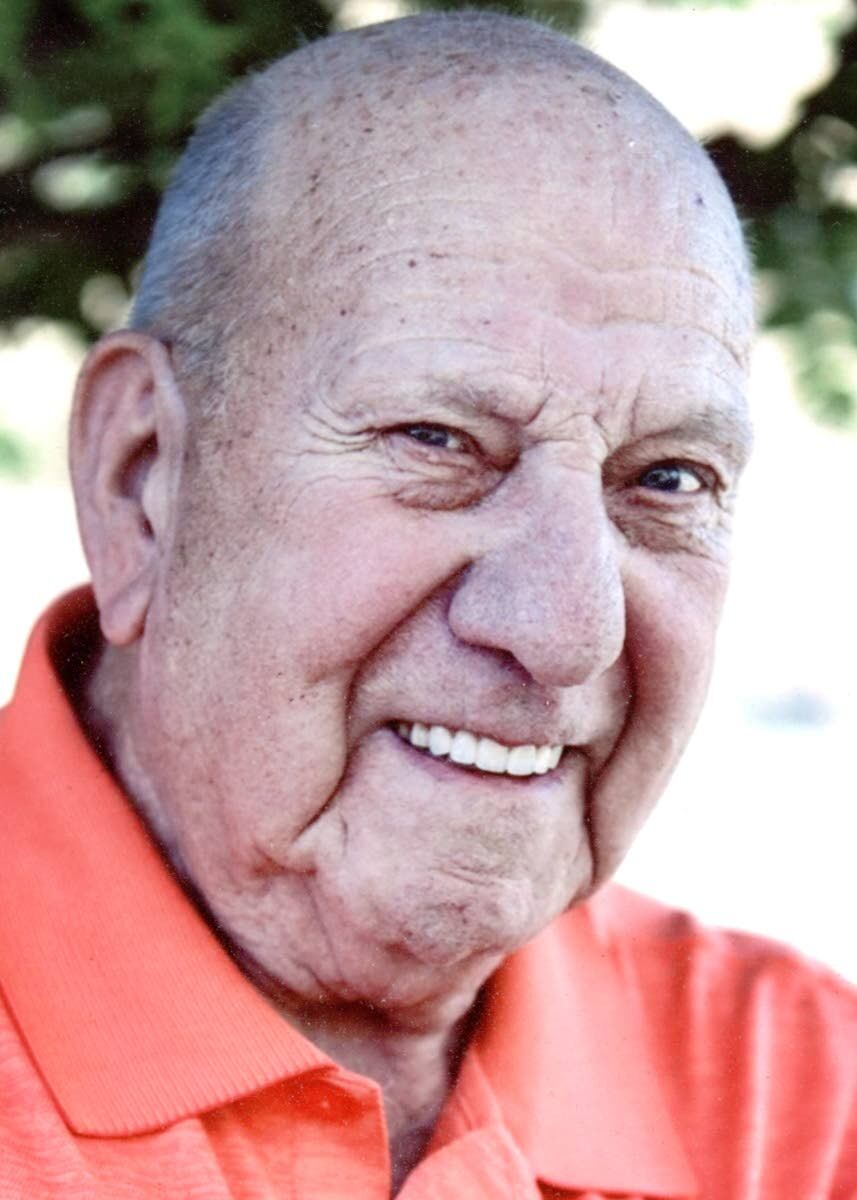 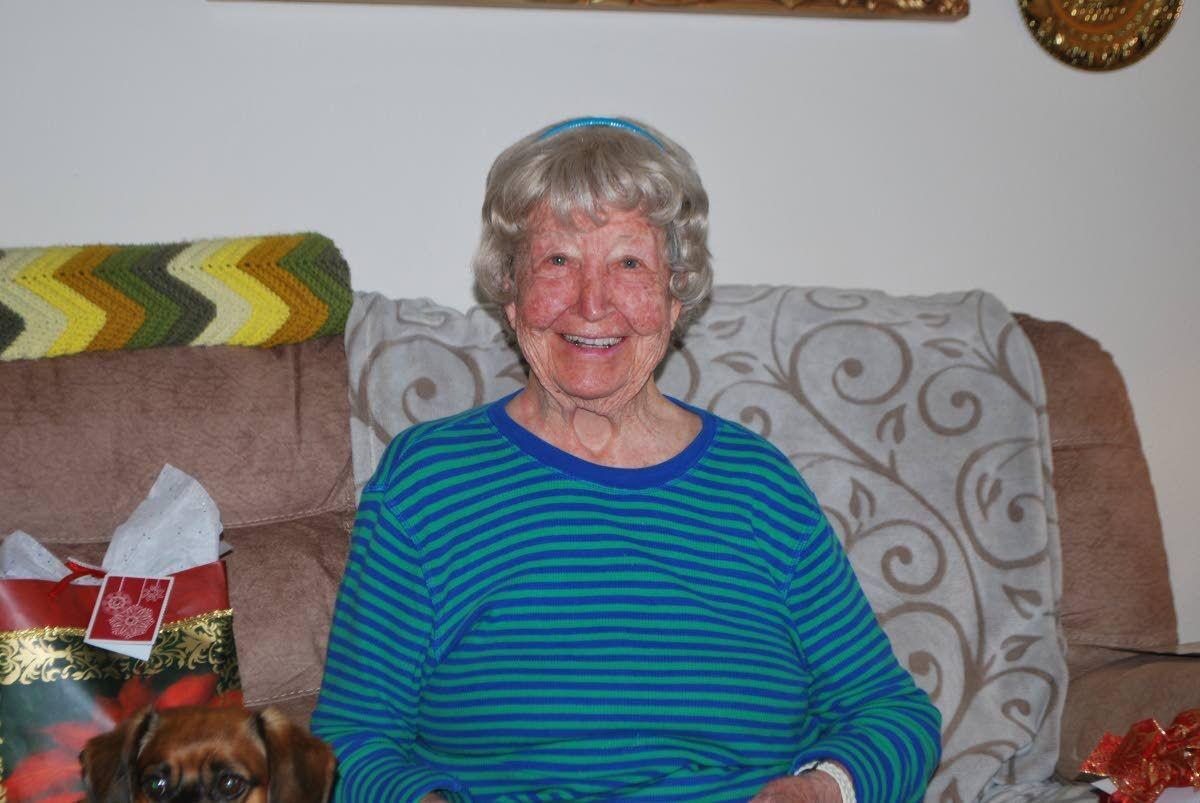 June Giard, of Clarkston, was born in 1921 on a farm in Spencer, Iowa.

Her family moved to Oregon, where she completed high school. While at the University of Oregon, she met her husband-to-be, James Giard. They retired to Clarkston to be near son Jeremy (Gail) and June’s brother Bob (Yvonne), and their families enjoying gardening and fishing. Later, daughter Julia (Jim) moved to Clarkston after their retirements. James died in 1995.

June was active in Philanthropic Educational Organization (PEO), book club, and her church where she enjoyed the quilters’ group and Bible study. She was a talented seamstress and painter and was very independent, driving until she was 97. She reads mystery novels, solves crossword puzzles and presents to groups. She is known for her quippy poetry and thankful heart. Her family of four children has so far grown to 10 grandchildren and 22 great-grandchildren.

June now lives at Tender Care Homes in Clarkston, with a handful of lively companions.

Her family writes that “we know we are richly blessed and somewhat awed by this spunky, gracious, lovely woman.”

Wow, Norm is turning 90, and he says the years went by too fast!

Norman was born in 1931 in Gifford, where he was raised. He moved to Lewiston, where he worked, married Maudie and raised their children, Wayne, Becky and Jan.

Norm retired from Potlatch Forests Inc. (now PotlatchDeltic), on the lumber side, and the school district. He walks about two miles most days, does his house and yard work, enjoys some time at the casino and drives to the Gifford area to reminisce.

No party this year — the family really wanted one, but this is how it is now. Friends are invited to send Norm birthday wishes for many more.

Lorraine Puckett, of Lewiston, was born in 1931 to Fern and Jewel Hill. She grew up on the family farm northeast of Craigmont.

Lorraine married Ron Puckett on July 2, 1947, and they raised three children on their farm south of Craigmont. Her diary of all farm and family activities over the past 70 years would make a good book. Lorraine was always active, helping on the farm and in the community while keeping two gardens and working at the local bank.

Upon retirement, Lorraine and Ron moved to Lewiston. Ron died in 2010. Lorraine was always active participating in gardening, bowling and fishing. She is well known on the Camas Prairie for her oil paintings. Now retired from these activities and from volunteering at the Idaho Veterans Home, she spends her free time watching her favorite sporting events.

In addition to her two sons and daughter, Lorraine has eight grandchildren and 34 great-grandchildren. She will celebrate her birthday with family.

Clifford Hubbart was born in 1936, to Frank and Ruby Hubbart. He was the seventh of 10 children — nine girls and him.

He used his stepdad’s name when he started school at the old Elk Creek one-room schoolhouse at the mouth of Elk Creek. It’s all under water now. After school was over in ’48 the family moved to Lewiston.

Cliff dropped out of school in the eighth grade and was over at Troy, Ore., helping a farmer put in his crop. At age 16, he went to work at Potlatch Forests Inc. (now Potlatch-Deltic), loading Pres-To-Logs in box cars for two weeks. He then went to work in the paper mill for 41½ years and took early retirement in ’94.

Cliff joined the Marine Corps and spent three years at Camp Pendleton. He was honorably discharged as a corporal (E3).

Cliff and his wife, Kathy, traveled a lot and rode a motorcycle in 26 different states. They enjoyed life and each other. Between them, they had four children: two girls and two boys. She died in February 2020. They were members of Cross Point Alliance church.

To submit birthdays: Birthday announcements starting at age 70 are accepted for free publication in the month of the birthday only. Length limit is 200 words. All submissions must include the name and contact information of the person submitting the announcement. Current photos are welcome — please no dated pictures. To have photos returned, please include a stamped, self-addressed envelope. Submissions may be sent to goldentimes@lmtribune.com or Golden Times, P.O. Box 957, Lewiston, ID 83501. Questions may be directed to editor Julie Breslin at jbreslin@lmtribune.com or (208) 791-6635. July birthday announcements must be received by 5 p.m. June 15.