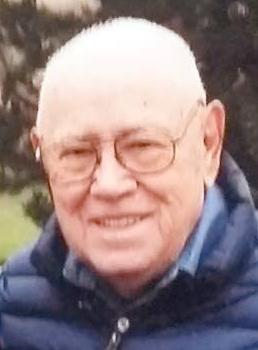 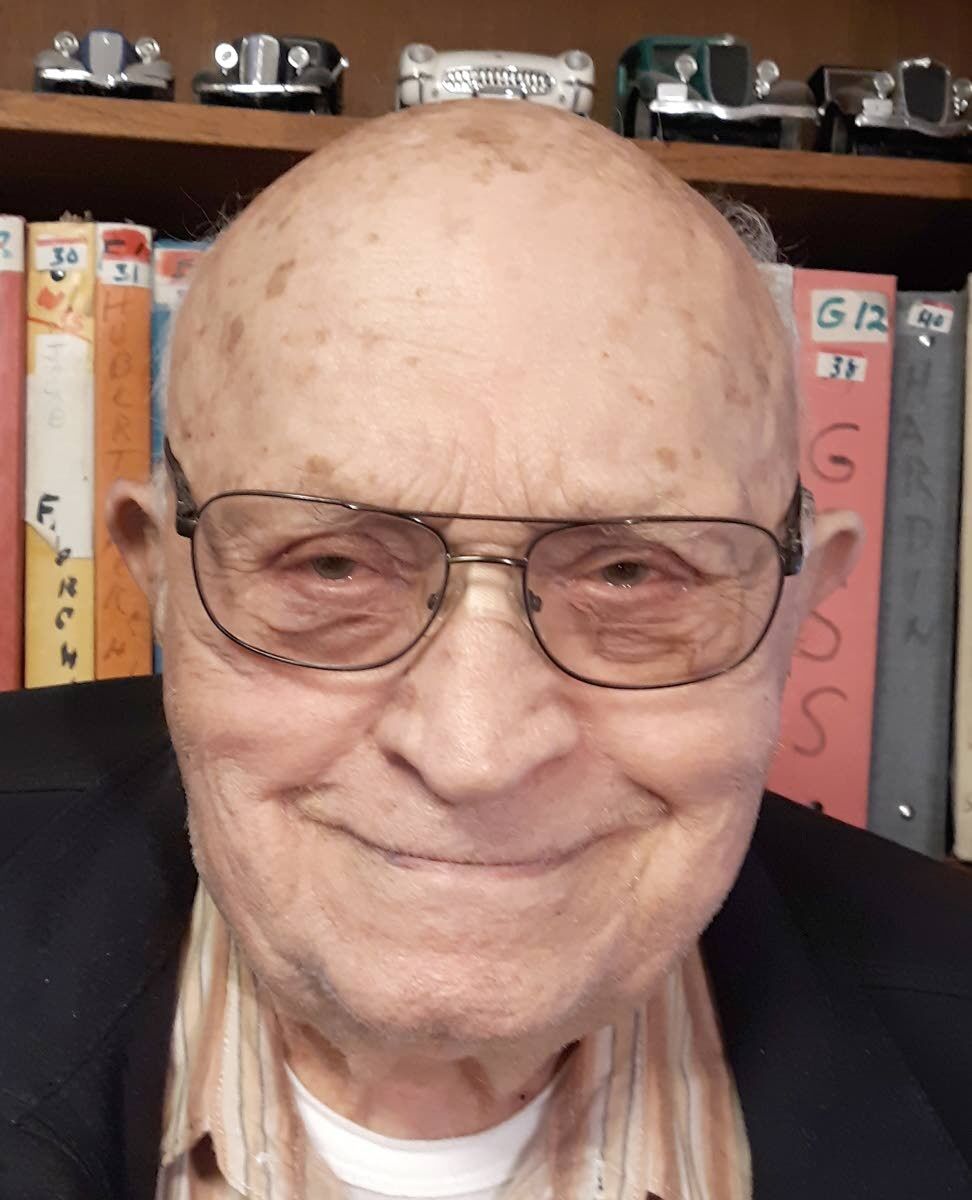 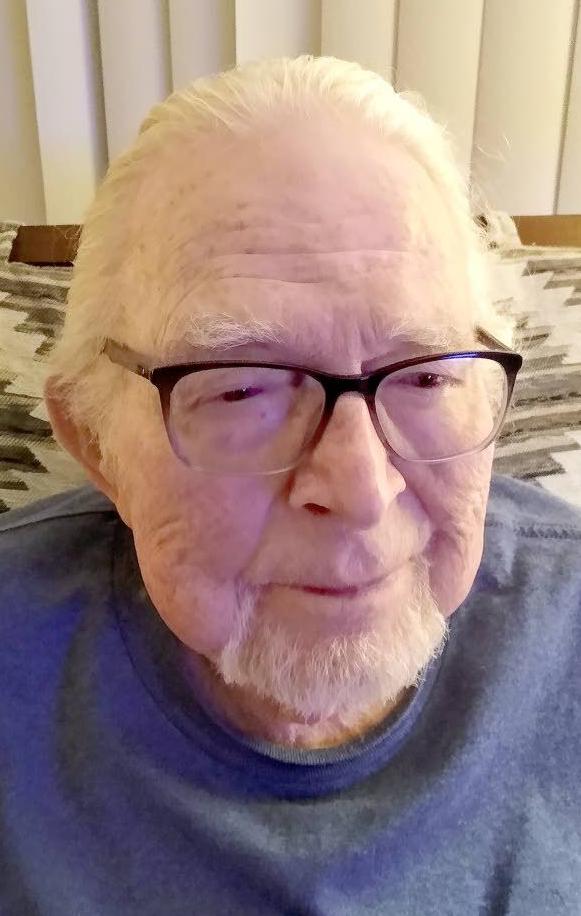 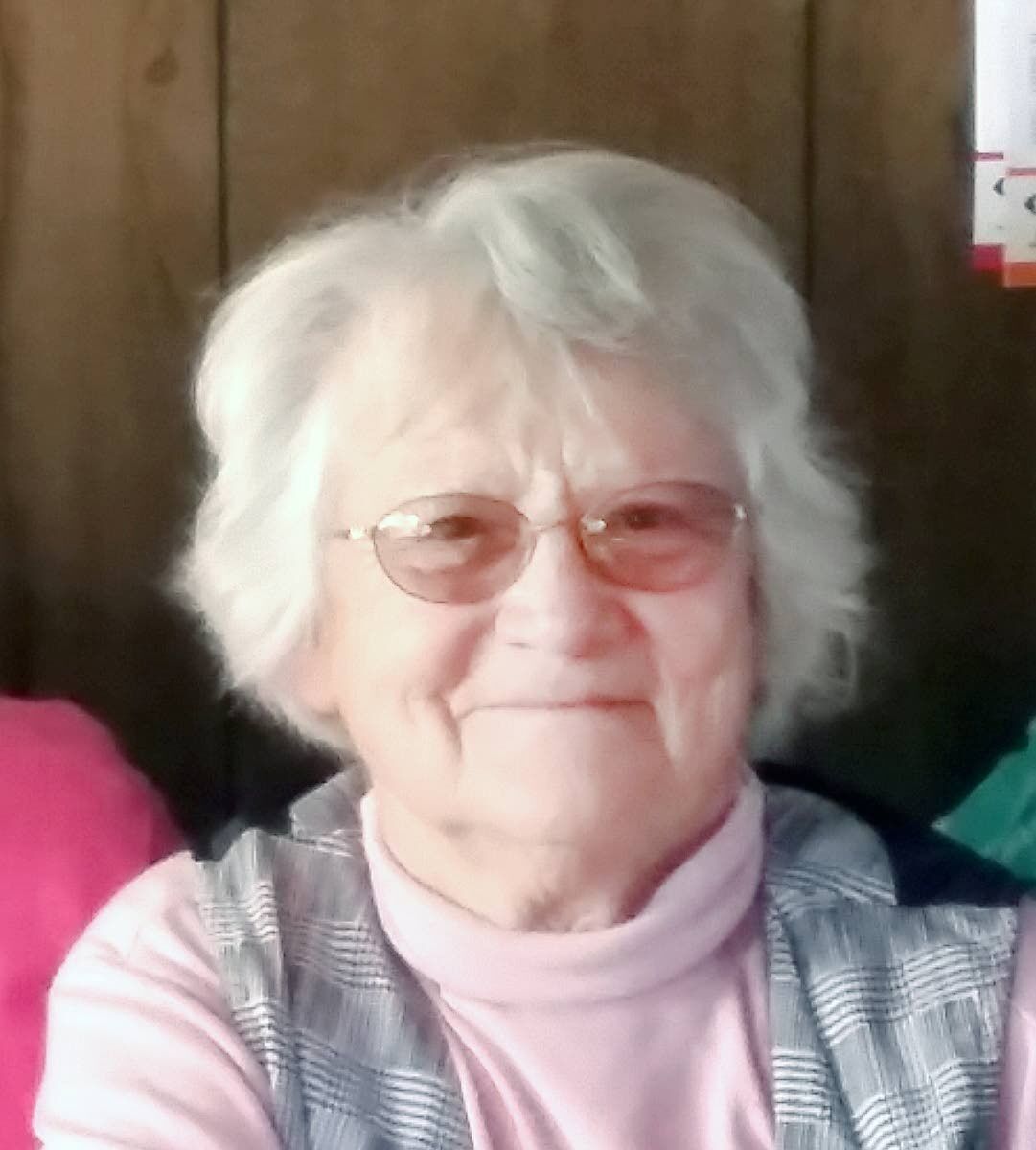 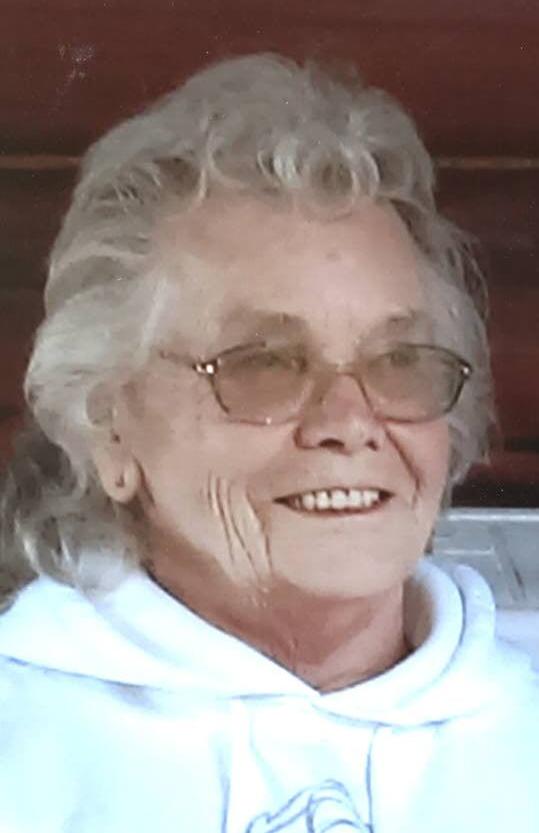 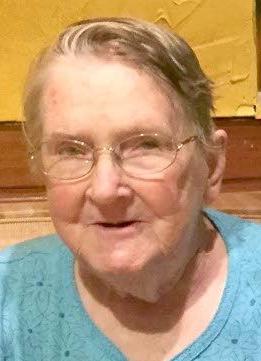 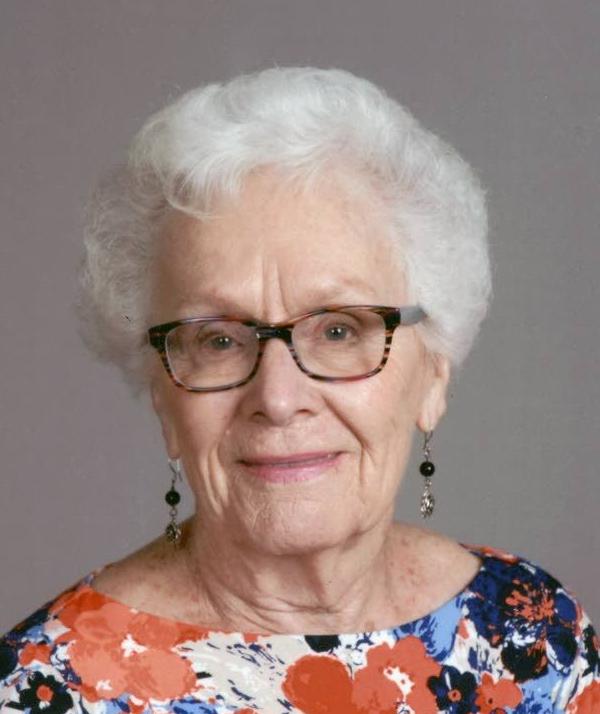 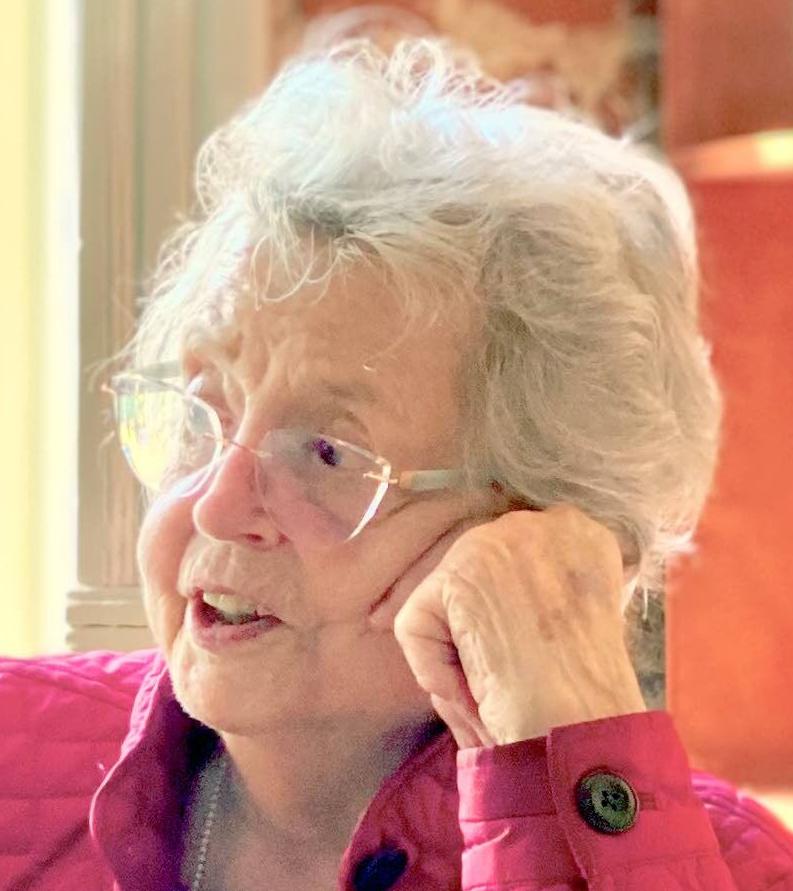 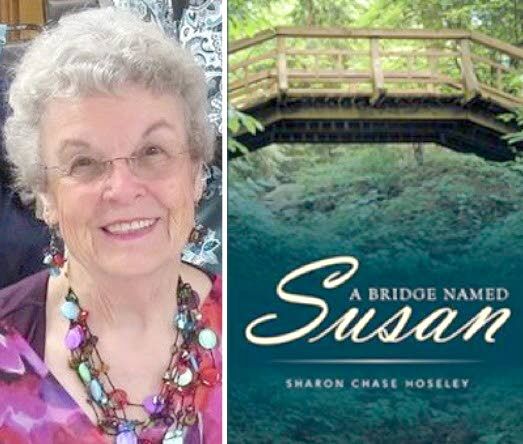 He graduated from Lewiston High School in 1944 and joined the U.S. Army Air Forces. He served until the end of World War II.

John married Peggy Jones, and they had a son. They later divorced.

John worked at the U.S. Postal Service in Lewiston for 16 years. Later, he was a self-employed beekeeper until retiring in 1999.

He married Carolyn Fuhrman in 1971. They have been married 49 years.

In the 1970s, they did square dancing. John also enjoys woodworking and recycling at Peck, playing cards and going to rodeos to watch bull-riding.

He enjoys his family — which includes his son and daughter-in-law, two grandchildren, two granddaughters and four great-grandchildren.

His family plans a small celebration.

I’m Lee Michael Flerchinger, born in 1928 in Pomeroy to Alice and Orville Flerchinger. Ask my brother: He’ll agree I was a mischievous tease growing up.

I graduated from Pomeroy High and farmed most of my life. I was darn good at it, too. These days, I live in Clarkston, not far from my hometown.

When I joined the Church of Jesus Christ of Latter-day Saints, they taught me that families are forever. So I started going backward with my genealogy. I’ve been able to trace one grandparent to 1790. Plenty more to go.

I need to do my wellness checks every year for at least 10 more years. Dad lived to 107, and I want to go beyond that.

I get to do some gardening to replace my farming instincts. That, along with my family — children Mollie, Becky and Dan, brother Marcus, sister Connie Shrum, seven grandchildren and seven great-grandchildren — my church, my friends and genealogy, keep me going.

Lee Gale was born in 1935 to Lee and Nettie Gale in Potlatch. He graduated from Potlatch High School in 1953. After attending the University of Idaho for one year, he enlisted in the Navy and served during the Korean conflict. Upon discharge, he returned to UI, graduating with a degree in forest management. In 1973, he received a certificate in logging engineering from Oregon State University.

He retired in 1985 from the U.S. Forest Service, after stints at Bungalow, on the Clearwater Forest, and the St. Joe Ranger District in Idaho, and Spotted Bear in Montana. He worked on the Sundance Fire, located roads on several forests, supervised fires and earned a commendation signed by President Lyndon B. Johnson for saving a young man’s life while at Bungalow.

After retirement he enjoyed camping, hiking and hunting and was able to spend 17 seasons as a snowbird to Yuma. These days he enjoys reading, Sudoku and working in his shop.

His main objective at this time is to enjoy isolation and to avoid COVID-19.

Rose Wallace, of Craigmont, was born in 1940 in Keuterville, the sixth of 10 children of Frank and Agnes Reichlin.

As a teen, Rose and sisters Ann and Angie lived in Cottonwood and worked to ease the burden on the family.

She married Lawrence “Lou” Wallace on Aug. 28, 1958. They raised their children in Craigmont and built their home paycheck by paycheck, celebrating 60 years of marriage in 2018.

She babysat and worked in the Craigmont drug store and at Highland School, retiring in 2007. They then moved to the Wallace ranch in the Morrowtown area.

As her five children grew, Rose was the unofficial employment agency for Craigmont, dispatching her children to lawn mowing, babysitting, house cleaning, rock picking, truck driving and anything else with which callers needed help.

Rose is an excellent cook and seamstress, and enjoys pinochle, garden, canning and entertaining her family whenever possible.

Her family includes two sons, three daughters, 11 grandchildren and 27 great-grandchildren. A celebration has been postponed until next year because of the pandemic.

Marie Price was born in 1935, the youngest of six children of Earl and Mary George.

She spent most of her younger years on a Lewiston dairy owned by her parents.

She married Joe Price in 1953, and they raised four children: Bonnie, Mike, Monte and Billie. They worked on several cattle ranches in various states, where Marie did her share of building fence, branding, riding, watching over the herd and cooking meals for the ranch hands.

When Joe died in 1984, Marie returned to Lewiston. In 2002, she started Blue Mountain Designs, sewing Oversized Load signs for a local company, safety vests to order and stadium cushions for area schools. She sewed canvas tents to dress shirts and everything in between. Her specialty was making patterns to fit the need.

She retired, but when COVID-19 struck, she began to make face masks (about 800) for family, friends and anyone in need. She wouldn’t charge for them but would say, “Take what you need and be safe.”

Marie makes her home in Lewiston, where she tends a her flowers and rose bushes, with her a faithful companion named “Taz,” and a smile for all who know and love her.

Florence Seubert of Lewiston was born in 1930 in Cottonwood. She was one of eight children of Albert and Agnus Beckman.

In her early years, she worked at Haney Hardware, where she met her husband-to-be, Ben Seubert. They were married June 29, 1953, and moved to Lewiston in 1967, where they still reside in their home.

Donna was born in 1930 in Moscow to McDonald and Helen Brown.

Donna’s father was a teacher, which took them to several small towns, including Bovill, Winchester, Reubens, Kamiah and finally Lewiston. She graduated from Lewiston High School in 1949 and met her husband, Gary Nefzger, at University of Idaho. Their children are Kirsten (Kaiser), Marian (Christianson) and Mark.

Gary’s work took them to Newark, N.J., and Donna was accepted for the Robert Shaw Collegiate Chorale in New York City. They later divorced.

Donna married Jim Harris in 1961. They divorced in 1985. Their children are Evelyn (Chenault), Bruce and Rusty.

After retirement, she joined Retired Educators of North Central Idaho and the board of directors of the Nez Perce County Historical Society, serving as secretary for both groups. She also joined the Clarkston Country Club to play golf and socialize. In the late ’90s, she met Bob Ross, and they partnered at the club’s couples’ days. He died in 2017.

Donna has one sister, Mary Powell, nine grandchildren and seven great-grandchildren. Her family will gather from all over the country to celebrate this milestone.

Lois L. Reese Huggins was born in 1930 in Lewiston to Hobart Reese and Georgia (Brown) Reese.

Originally from Hamilton, Mont., her family moved wherever her parents’ work took them in the Pacific Northwest. While living in Lenore, Lois went to school in Lapwai. She graduated from Lewiston High School in 1948.

She met her future husband, Ben F. Huggins Jr., just back from military service, while working at Huggins Dairy in Lewiston. She and her late husband enjoyed 48 years of marriage and raised three children: Stewart, in Kennewick; Scott, in Edmonds; and Jennifer (deceased). She has three grandchildren and four great-grandchildren.

Before settling in Lewiston again, Ben’s career took the family to Japan, Guam and Turkey.

After a stint in Avon sales, Lois took business classes at Lewis-Clark State College, which led to jobs with Harrington’s Print Shop, in medical services and at Printcraft Printing for 13 years.

Over the years Lois enjoyed walking her Yorkshire terriers along the river, family get-togethers, and lunches with girlfriends from Lapwai High School and coworkers. Nowadays, her social circle also includes new friends at the Royal Plaza Retirement Center.

In celebration of her 80th birthday, Sharon Chase Hoseley of Lewiston is giving away 80 signed copies of her book, “A Bridge Named Susan.”

They will be offered on a first-come, first-served basis during business hours Saturday at three locations: His Story Christian Gift Center and Jovinea Cellars, both in Lewiston, and at And Books Too in Clarkston.

According to a news release from Hoseley, the book is a tribute to her mother, “who longed for a child to cross her bridge. It’s a story of heartache, desperate times and love.”

Hoseley was born Nov. 7, 1940, to Tom and Susie Chase at a house on Grelle Avenue in Lewiston. As retired teacher, free lance writer and active volunteer, she has deep roots in the Lewiston-Clarkston Valley; the book giveaway is her way of sharing her heritage with her neighbors.

To submit birthdays: Birthday announcements starting at age 70 are accepted for free publication in the month of the birthday only. Length limit is 200 words. All submissions must include the name and contact information of the person submitting the announcement. Current photos are welcome — please no dated pictures. To have photos returned, please include a stamped, self-addressed envelope. Submissions may be sent to goldentimes@lmtribune.com or Golden Times, P.O. Box 957, Lewiston, ID 83501. Questions may be directed to editor Julie Breslin at jbreslin@lmtribune.com or (208) 848-2241. December birthday announcements must be received by 5 p.m. Nov. 16.