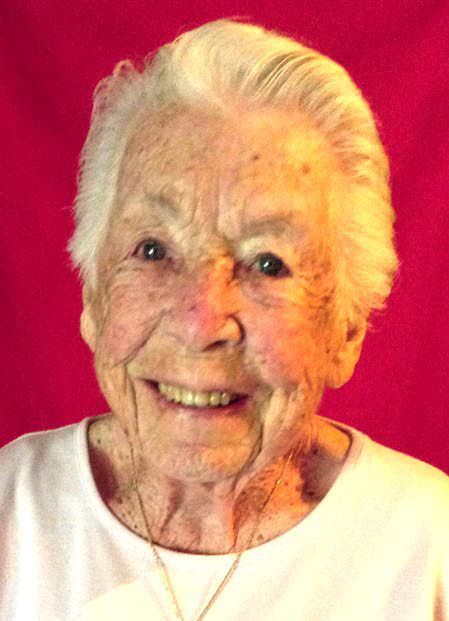 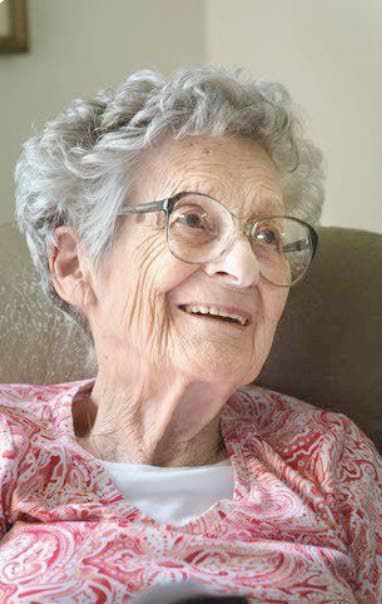 Juanita Bateman Reece, of Lewiston, was born in 1925 near Southwick, the youngest daughter of Clara Belle Armitage and Walter Doyle Bateman.

Juanita graduated from Southwick High School at age 16, then went to Portland, Ore., and worked for the telephone company for about a year.

Upon her return to Idaho, she joined her mother, Clara, and stepfather, Wade Candler, at Bungalow Ranger Station. Later that summer, she assumed dispatcher duties when he left to search for the Bill Moreland, also known as the Ridgerunner, a small-time thief who made national forests his home from the 1930s to the ’60s. She then transferred to the main Forest Service office in Orofino.

She married James Reece in 1944; they were married 63 years. She has two daughters, Kathy Stuehrenberg and Vicky Johnson, four grandchildren and eight great-grandchildren.

Juanita is known for her flowers, vegetable gardens and banana cream pies. She was a 4-H leader for many years and custodian of the Cavendish Teakean School. She’s a member of the Orchards Methodist Church, where she helped with the rummage sales for many years.

She lives at Brookdale Senior Living, where she enjoys dominoes, reading, music programs and visiting with friends and family.

Martha Engledow was born in 1918 in Pittsburgh, Pa., during the summer of the great pandemic; 75 percent of newborns died from the flu in Pittsburgh. She survived, a healthy baby girl. She grew up and moved with her parents, sister and brother to California during the Depression. She married Clinton Engledow, who served in World War II. They had three children, Clinton Jr., Marie and Carol. Her only son served during the Vietnam war, and during it all, she kept her sunny loving disposition and still does.

She used to tell this story as a newlywed: Since she was a hairdresser, and her husband was a plumber after the war, whenever they were invited over for dinner, the lady usually needed a haircut and their toilet was plugged!

In 1976, Martha and Clint started visiting family in Kamiah at Three Rivers Resort. After Clint Sr. died, Martha moved to Idaho. She recently moved to Brookdale Assisted Living, not because she needed assistance at 101 years old, but she needed a change. She enjoys reading, does her own taxes and likes group activities. She loves visits from friends and family outside her window — probably the same as in 1918.

Juanita Langley was born in 1930 to Alfred and Myrrh Rice in Roundup, Mont.

Juanita was the middle child of 11, and five of her siblings are still alive.

She married Charles “Chuck” Langley on Oct. 1, 1948, in Missoula, Mont., and in 1949, they moved to Lewiston, where she has lived since. Chuck died in 2005. Their family includes two sons (one deceased) and a daughter, six grandchildren and nine great-grandchildren.

Juanita and Chuck were Camp Fire co-leaders from 1966-76 — the two were affectionately referred to as Ma and Pa Langley — and she served as the organization’s field director for Lewiston.

She also was a mem-ber of Mother’s Club, Chapter BR of the Philanthropic Educational Organization and Tsceminicum Club and has been a member of First United Methodist Church in Lewiston since 1959. Her hobbies include interior decorating and sewing.

Darlene Hasenoehrl, of Culdesac ,was born in 1935 to Harry and Tillie Wessels in Greencreek. She was raised on a dairy farm along with her nine siblings: Ralph, Teddy, Willy, Roy, Urban, Millie, Ella, Mardell and Mary Jean.

As a lifelong Catholic, Darlene has been involved in church organizations. She worked as a cook at Culdesac School for 21 years.

She loves to cook and bake for her family and friends. Her Christmas candies and cookies are well-known by all. She is known for the best pickles, cinnamon rolls and green beans, and she made many quilts for her family. She loves playing cards with her dear friends and has many beautiful flowers and a wonderful garden.

Her family held a celebration.

Glenette Otton was born in 1916, to William and Crystal Fouste on the family homestead near Council, Idaho. She was the eldest of five children.

After graduating from high school at Wasatch Academy in 1934, she was urged by family friend Mamie McClure to attend Normal School in Lewiston. She earned her teaching certificate and taught one year at Worley.

She met Ed Otton on the steps of Talkington Hall. “He was friendly,” she recalled of their first meeting. They were married Nov. 6, 1937. Ed and Glenette raised four rambunctious sons — Ed, Bill, Jim, and Sid — in their home at Third Street and Eighteenth Avenue.

In 1954, Glenette resumed her teaching career at Poplar (now Grantham) Elementary. She taught second grade for 24 years before retiring in 1978.

Glenette’s interests included gardening, reading, writing and visiting with her numerous friends and family members. In addition to her four sons, she has seven grandchildren, 18 great-grandchildren and 15 great-great grandchildren.

Glenette has been an active member of the Congregational-Presbyterian Church in Lewiston for more than 80 years. She will observe her birthday quietly at her home with family and friends.

When he started high school, his family moved to Kendrick, where he met his future wife, Dorothy Thornton. They were married in 1949. They moved to Orofino and raised their two children, Eric and Teresa.

Allen had a career working for Clearwater County. In his retirement, he mastered the art of woodworking and built several beautiful pieces of furniture for his family members. He enjoys his garden, growing the best tomatoes. His family loves his homemade jam and huckleberry cheesecake.

He will be honored and showered with love at a July 19 celebration at his home.

Thelma Violet Burcham, of Lewiston, was born in 1925 to Hugh and Dolly Kennedy in Spokane.

She retired from Safeway in 1987 after working there 23 years. Until she couldn’t anymore, she belonged to the Lutheran Quilters and loved to do many kinds of crafts. She also enjoyed cooking for family and a good game of cards.

Thelma now lives at Brookdale Senior Living. She likes to play bingo there and is happy.

To submit birthdays: Birthday announcements starting at age 70 and every year after will be accepted for free publication in the month of the birthday only. Length limit is 200 words. All submissions must include the name and contact information of the person submitting information. Current photos are welcome — please no dated pictures. To have photos returned, please include a stamped, self-addressed envelope. Submissions may be sent to goldentimes@lmtribune.com or Golden Times, P.O. Box 957, Lewiston, ID 83501. Questions may be directed to editor Julie Breslin at jbreslin@lmtribune.com or (208) 848-2241. August birthday announcements must be received by 5 p.m. July 17.