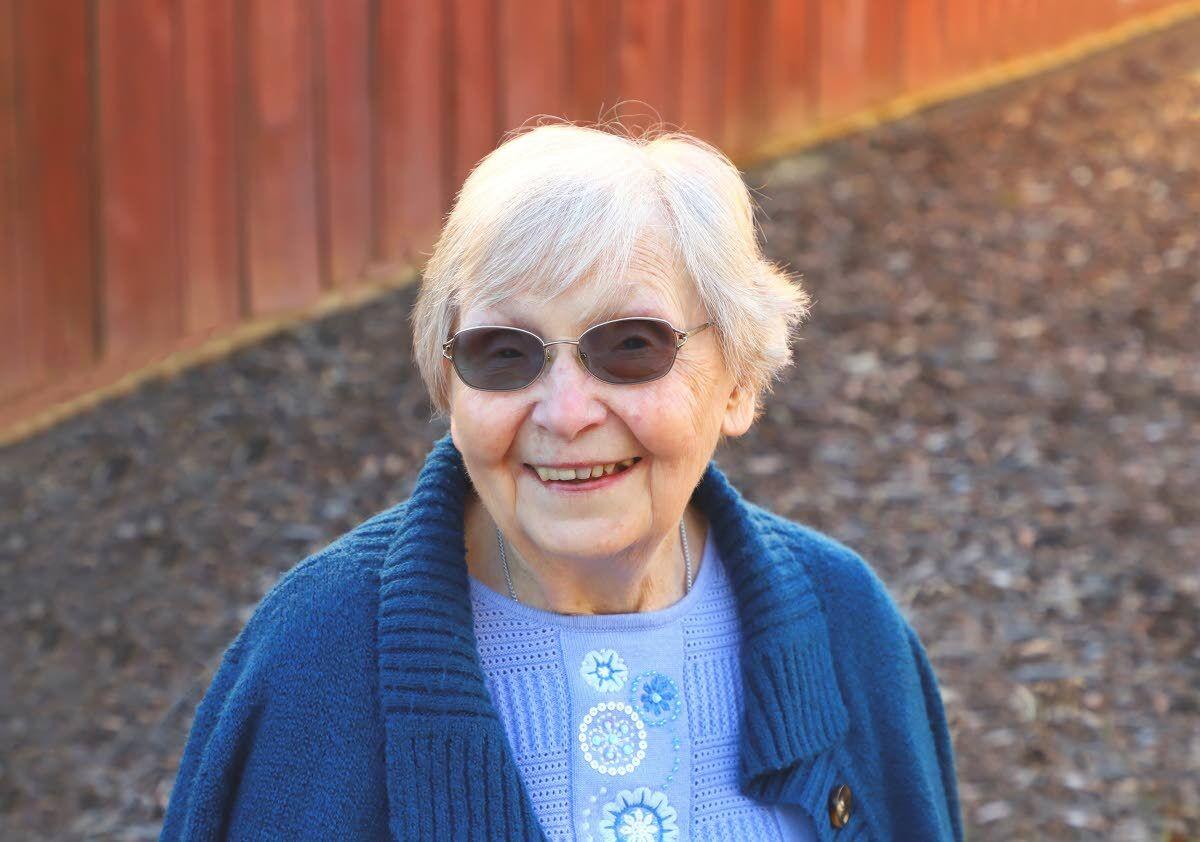 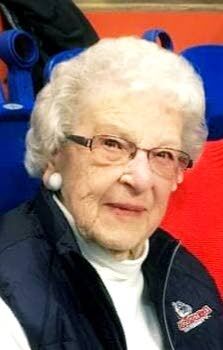 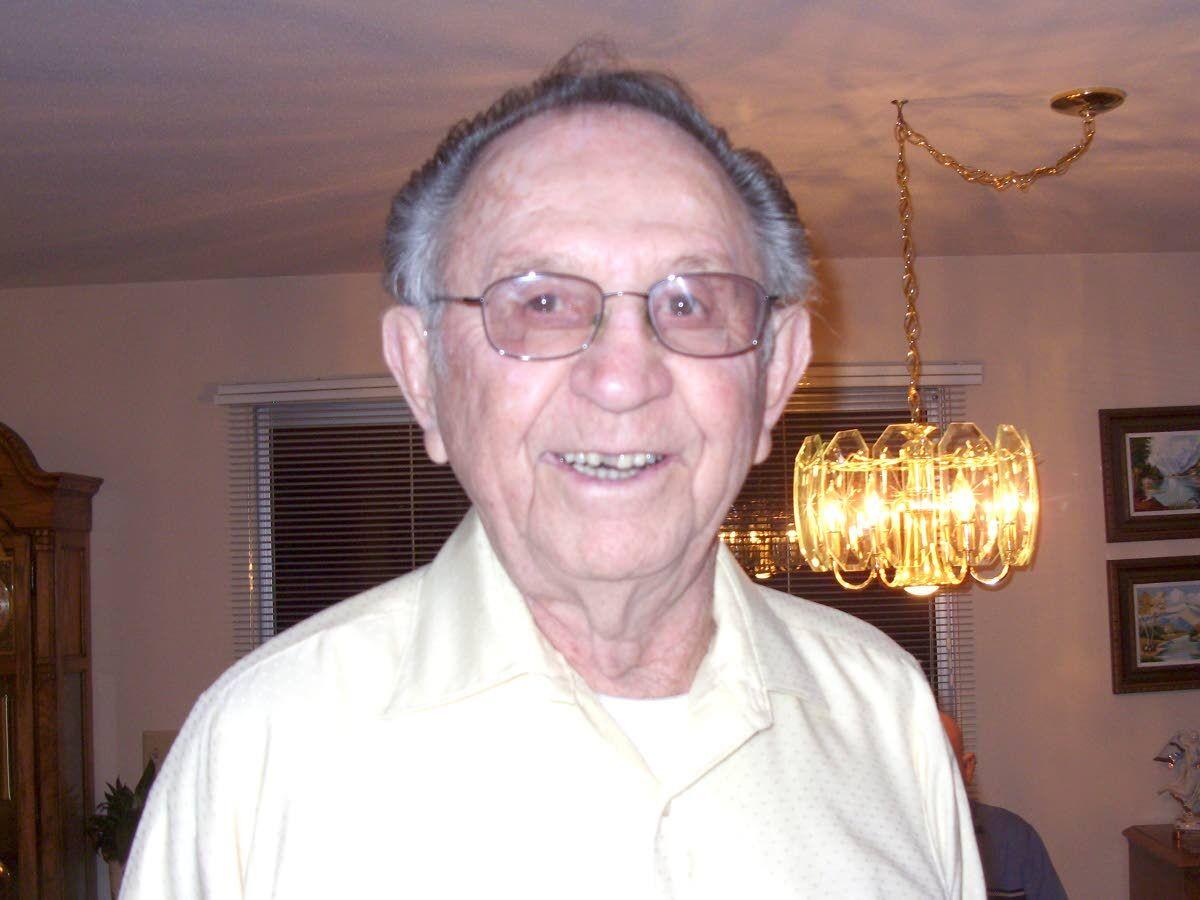 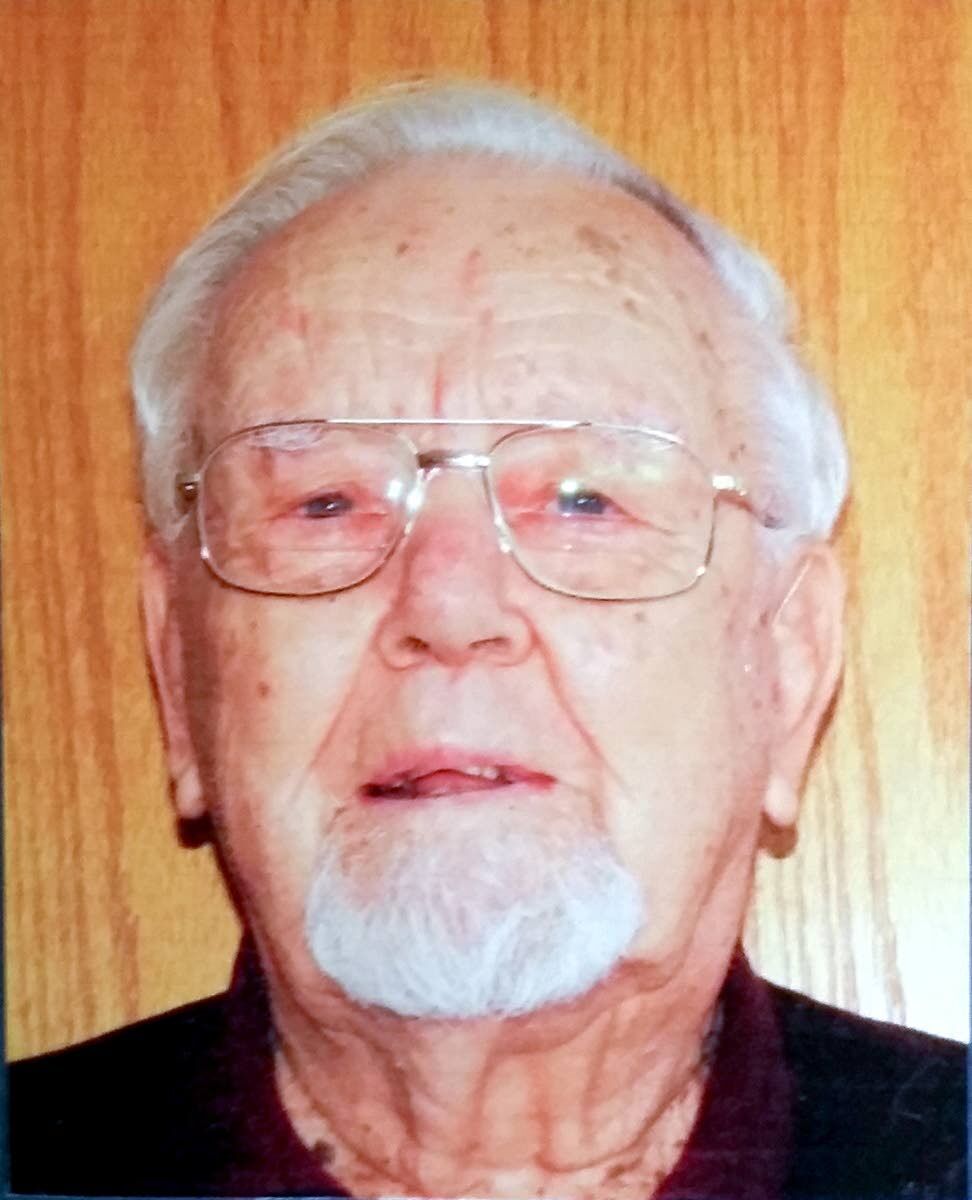 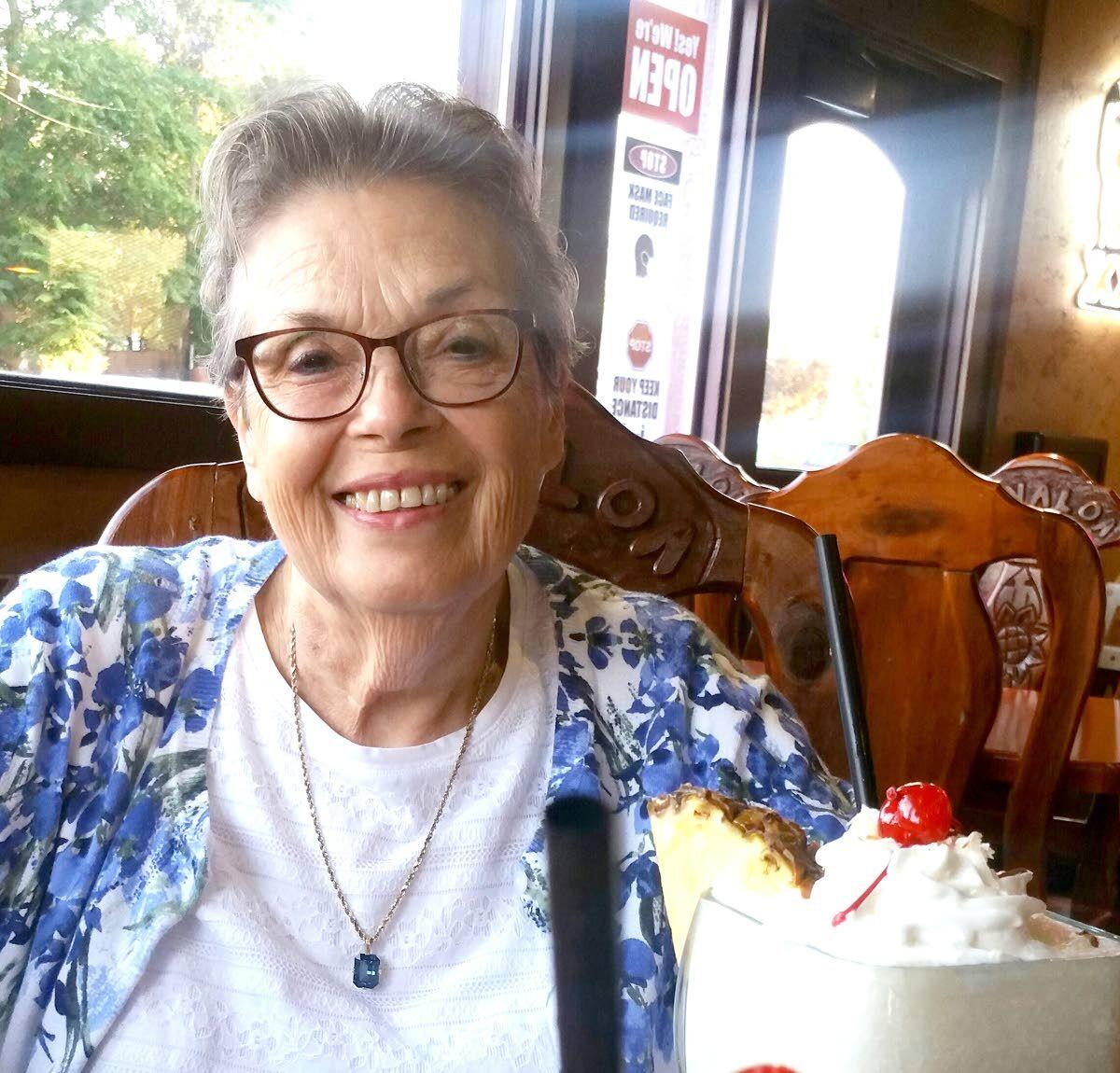 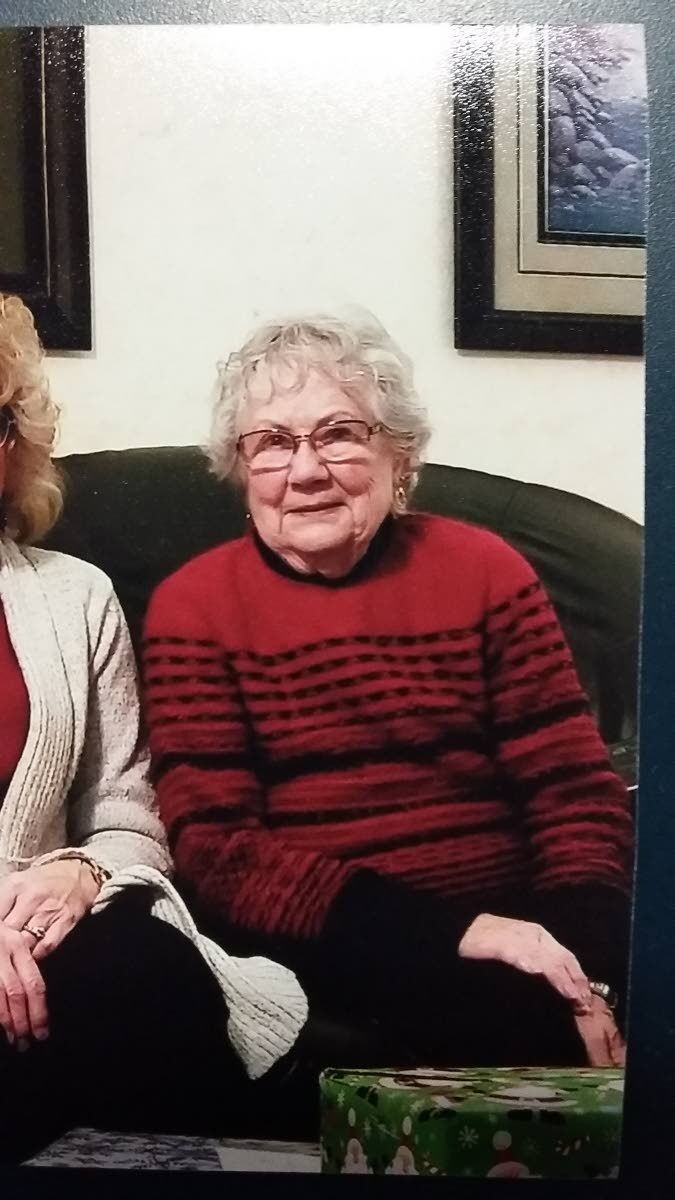 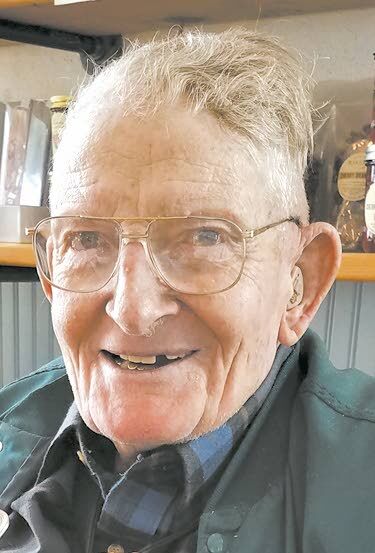 Loretta Genevieve Kaschmitter Ready celebrated her birthday Sunday at Golden Girls Residential Care in Lewiston. Ninety is an important milestone, but she would credit God more than herself for reaching it.

“We kids are lucky so-and-sos, too,” her son, Mark Ready wrote. “I remember Mom peeling potatoes while holding my infant twin sisters and watching over my brother and I at the same time. I remember dinners made from a seemingly empty cupboard, and her walking to the laundromat to do our laundry. She revels in her children, grandchildren and great-grandchildren and was always there when we needed her. She showed us what was important in life by her example.”

Loretta says she’s had a good life and misses her husband John — and son Pat who died earlier. She says she values her family and Catholic faith more than anything else. We know Mom, you showed us.

The family plans to serve cake and ice cream ASAP.

Chloe McCulley of Grange-ville was born Chloe Bentley in 1926 and has spent every one of her 95 years on “the Prairie” as an Idaho County resident. She was born at White Bird and grew up on the Doumecq Plains.

She married Marshall McCulley, and together they raised four children — Jack, Janice, Wayne and Wanda.

Chloe and Marshall enjoyed an outdoor life. In the early days of their marriage, they ran the McCulley Ranch on Doumecq together. After moving to Grange-ville, they camped, traveled the Western states and followed the sports activities of their children and grandchildren.

Her other interests include family, church, politics, sports (particularly Gonzaga basketball and rodeo), and following her many Facebook friends.

Although COVID-19 has limited Chloe’s out-of-home activities for the past year, she enjoys hearing from friends and family via telephone, text message, e-mail, Facebook and an occasional old-fashioned written letter. A celebration gathering for her will be held this summer.

Leo Snider was born in 1925 to Cecil and Flossie Snider in Cereal, Alberta, Canada. In 1928, the family moved to Clarkston, where he still lives.

Leo attended school in Clarkston, graduating in 1942. He started playing golf at Clarkston Country club the year it was built, 1937. He excelled at golf and was proud of winning the Wingding tournament in Lewiston, making three hole-in-one shots and shooting his age more than once until age 87.

After graduating high school, he went to work at Mason Ehrman. When World War II started, he enlisted in the Navy, serving on Pitili island and on the USS Pocomoke for two years. He returned to Clarkston and married Mildred Byers in 1949. They had two sons, Mark of Clarkston and Craig of Puyallup, Wash. He has three grandchildren and six great-grandchildren. He worked at Morgan Brothers in Lewiston until retiring at 59. He is a member of the First Presbyterian Church in Clarkston.

Leo loves to tell a good story and enjoys singing at church and karaoke at any opportunity. He took loving care of his wife, keeping her at home until her death in September 2018. He lives at Evergreen Estates.

Merlin Sidney Bradley of Clarkston was born in 1926 in Hunters, Wash.

Sid grew up on a ranch outside of Daisy, Wash., and graduated from Hunters High School in 1943. He was drafted into the Army at age 18, and was sent to Germany, where he went through the Battle of the Bulge.

After coming home, he attended Seattle Pacific College, where he met his wife, Pat. They married in 1948, and after working in the U.S. Post Office for six years, they moved to Clarkston. Their family grew to five children, and later 11 grandchildren and nine great-grandchildren.

Jeanne Keatts, a lifelong resident of Clarkston, was born in 1941 to Frank and Margaret Dixon in Pomeroy.

After graduating from Washington State University with a degree in accounting, she worked as a self-employed accountant for 50 years, retiring in 2018.

Jeanne has two sons, Kevin Keatts and Ken Keatts; a daughter, Kristina Umbright; six grandchildren and 10 great-grandchildren. She enjoys traveling, spending time with family and friends and working in her beautiful yard.

Because of the COVID-19 pandemic, no birthday celebration is planned. Cards to Jeanne are welcome, in care of Kristina Umbright at P.O. Box 5, Pullman, WA 99163.

Carolyn Moxley of Peck was born in 1934 to Argyl and Ansel Clelland in Craigmont. She attended school in Pomer-oy and Clarkston.

She married Boyd Fuhrman in 1950. They had a daughter and son and later divorced.

Carolyn was an excellent seamstress. She made beautiful clothes and fashion doll dresses. She was a homemaker and a great mom. She worked at the Idaho Department Store in fabric and and dry goods.

In August 1971, she married John Moxley in Lewiston. They owned Moxley Furniture in Kamiah. She helped John with their honeybee business for many years until retirement in 1999.

Carolyn enjoys sewing, rodeo and her doll collection, and she is a member of the Lewis-Clark Doll Club.” She has two granddaughters and four great-grandchildren. The family plans a small get-together.

Wayne Wilson was born in 1927 in Almira, Wash., to Alanzo Canada and Margaret Ruth (Russell) Wilson. In 1931, his family moved to Big Bear Ridge near Kendrick, where he still lives.

During World War II, he served as a yeoman in the Navy and was stationed at Termin-al Island in Long Beach, Calif.

After returning from his military service, he went to work farm-ing on Big Bear Ridge, retiring in his late 80s.

An avid newspaper reader, he likes to keep up on current events and social activities. He especially enjoys visiting cafes for meals.

Birthday announcements starting at age 70 are accepted for free publication in the month of the birthday only. Length limit is 200 words. Submissions must include contact information. Current photos are welcome. Submissions may be sent to goldentimes@lmtribune.com or Golden Times, P.O. Box 957, Lewiston, ID 83501. February birthday announcements must be received by 5 p.m. Jan. 15.