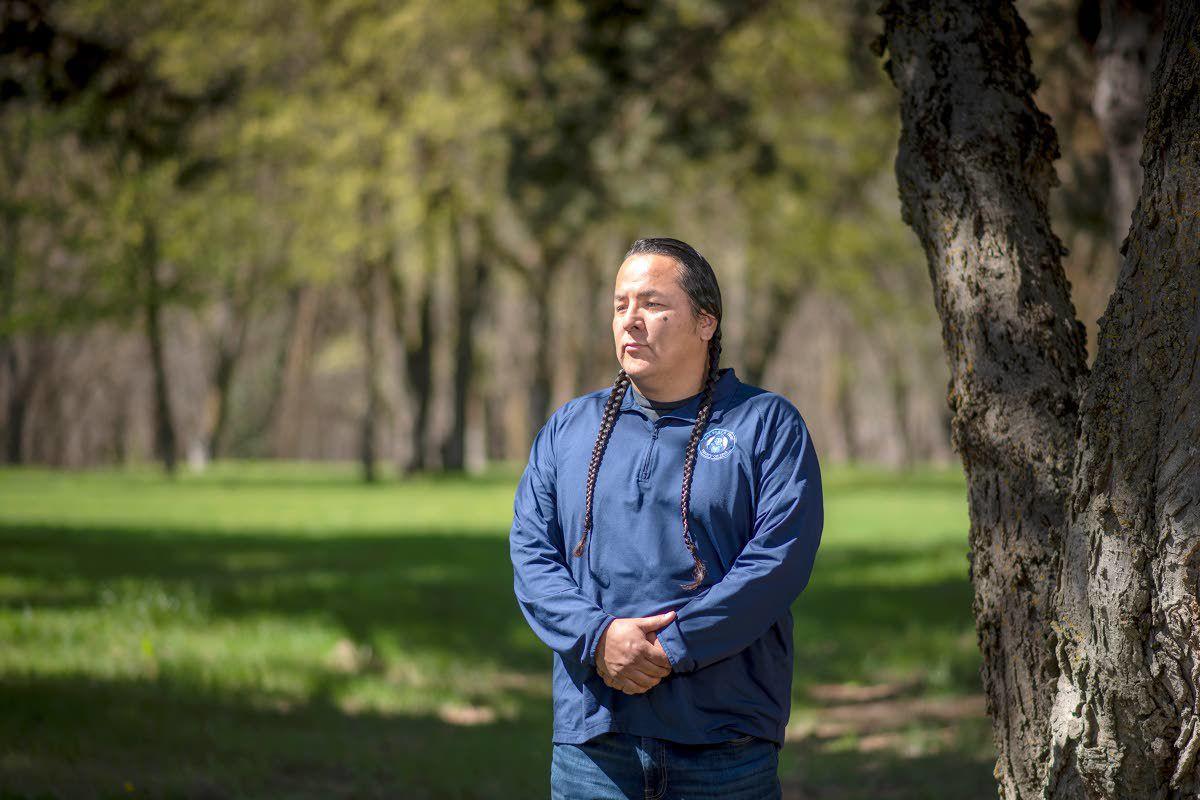 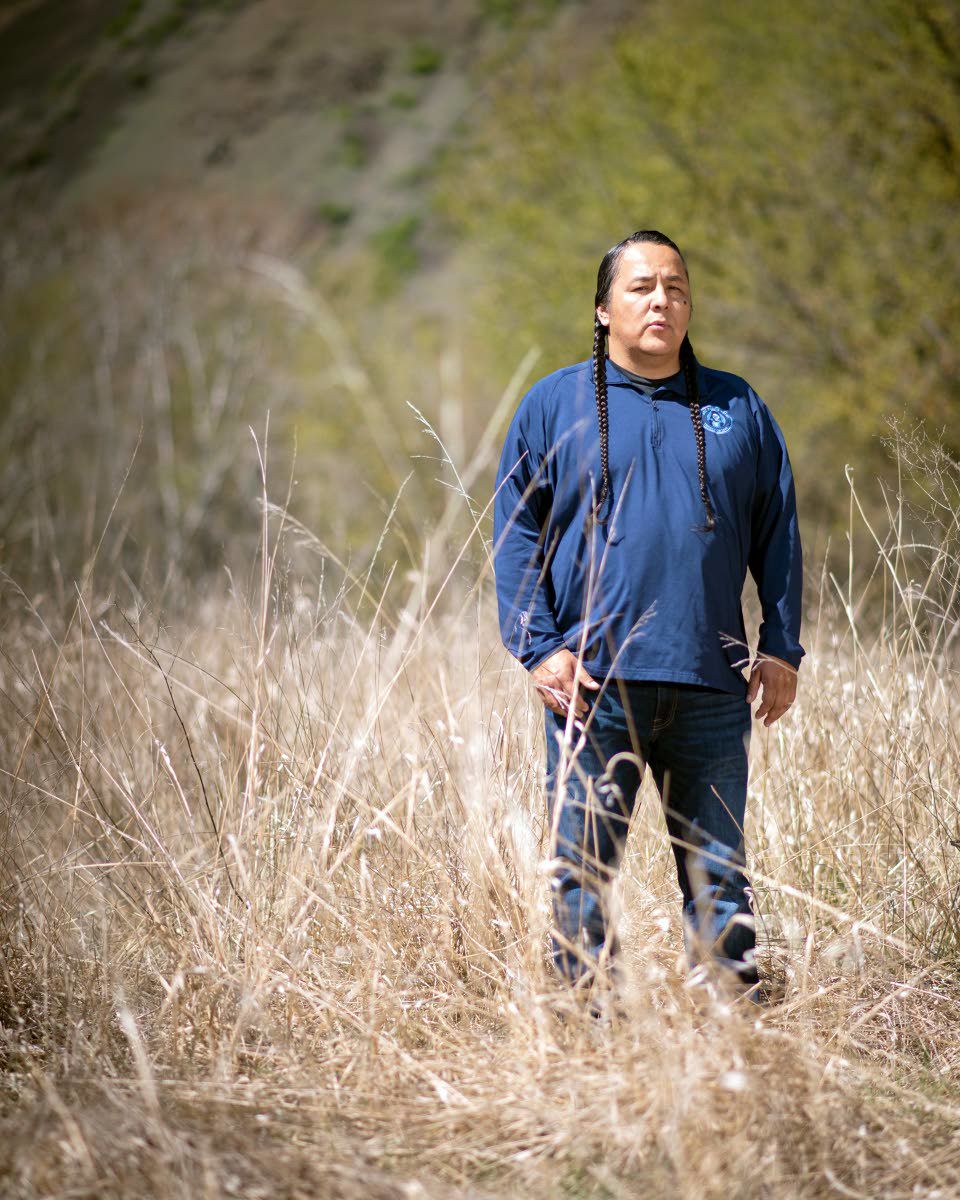 “Now, more than ever, we realize that we rely on one another and that what happens to other people affects all of us. If nothing else, this (coronavirus outbreak) may be a way to bring people back together rather than separate them.” Nakia Williamson, Nez Perce Tribe Cultural Director 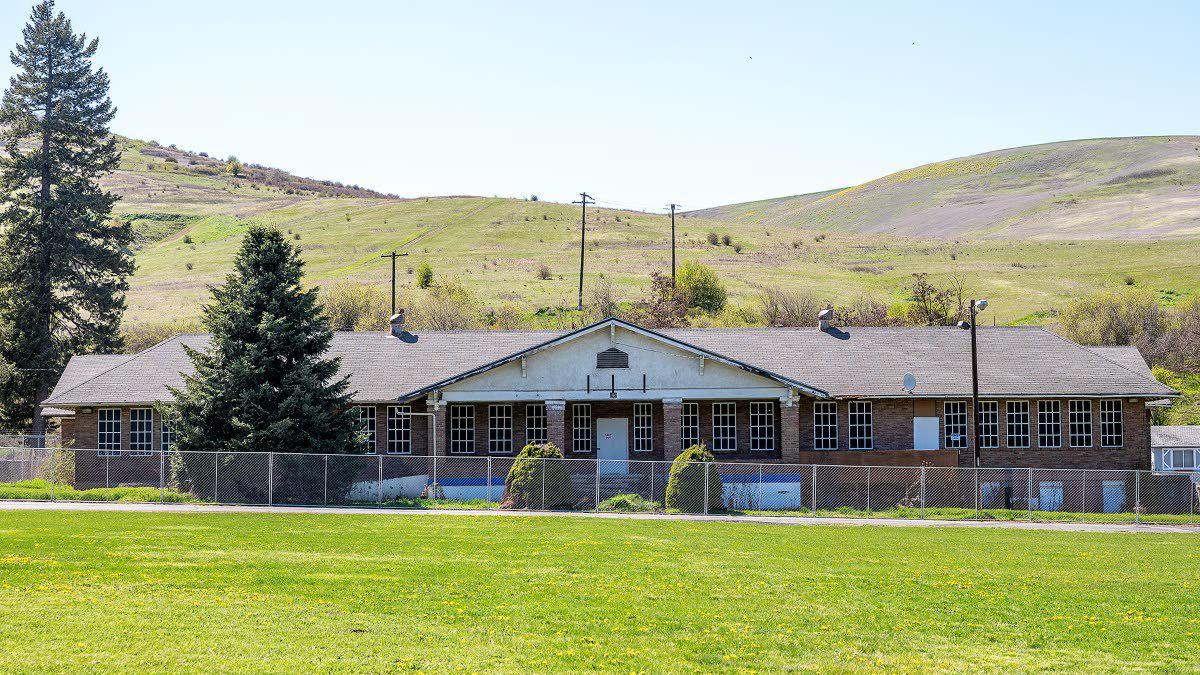 Pete Caster/TribuneOriginally a tuberculosis sanatorium, this building on the south end of Lapwai along A Street was also used as an elementary school, an office for the Bureau of Indian Affairs and an early childhood development office.

“Now, more than ever, we realize that we rely on one another and that what happens to other people affects all of us. If nothing else, this (coronavirus outbreak) may be a way to bring people back together rather than separate them.” Nakia Williamson, Nez Perce Tribe Cultural Director

Pete Caster/TribuneOriginally a tuberculosis sanatorium, this building on the south end of Lapwai along A Street was also used as an elementary school, an office for the Bureau of Indian Affairs and an early childhood development office.

The Nez Perce Tribe remained isolated from Europeans three centuries after Christopher Columbus first landed in the so-called New World, yet they couldn’t escape the devastation of Old World illnesses during that time.

Not until the Lewis and Clark Expedition emerged from the snowy Bitterroot Mountains near Weippe in 1805 did the Nimiipuu have direct contact with white people. By that time, the tribe had already been exposed to European diseases like measles and smallpox that preceded the explorers by decades, if not longer.

Historians have documented that two smallpox outbreaks likely swept through native peoples of the Pacific Northwest in the late 1700s. Nakia Williamson, cultural director for the Nez Perce Tribe at Lapwai, believes his ancestors were exposed to New World contagion well before that.

“There were several waves of disease that came through our people from what I understand. The first one came down the Snake River into the Hells Canyon region where some of my family are from,” Williamson said. “That may have been measles. We don’t know the exact date, but way before Lewis and Clark.”

Whatever the ailment was, Williamson said it likely rippled through different native populations via traditional trade routes before reaching Nez Perce country.

“They were very complex and connected us to the rest of North America and South America,” he said of trade networks. “A lot of people don’t understand how much our people knew.”

As it moved through the population, the disease would have sickened and killed without mercy. Native Americans who had never been exposed to the infectious diseases brought by Europeans had no immunity and were especially vulnerable to them.

It would play out over and over again as new ailments were introduced into “virgin soil.” Illnesses like scarlet fever, influenza, typhus and diphtheria hammered native populations across the continent.

“Most estimates say about half the native people in North America died of diseases before they were even accounted for,” said Lee Sappington, a University of Idaho anthropologist. “This area has no written record until 1805 when people had already been affected by disease for a couple of hundred years.”

Williamson said the first pathogen left a wake of abandoned villages in Hells Canyon as people either died or fled.

“That was the natural reaction (then and to) subsequent scourges and diseases,” he said. “People would scatter. I guess it was that day’s version of social distancing. They would just scatter and try to get away from the disease.”

Over time, the Nez Perce had to deal with more illnesses. Smallpox was a repeat offender. It wiped out a village of Nez Perce who were hunting in Buffalo Country in the mid-1800s. The band was led by Chief Ellis, who had close ties with the federal government.

“His entire village, 17 lodges, so probably over 100 people, all died of smallpox,” Williamson said.

A measles epidemic in the same time frame swept across the Columbia Plateau. According to “The Pacific Northwest Measles Epidemic of 1847-48,” a work by Portland State University anthropologist Robert Boyd, it was likely carried there by Cayuse Indians who picked it up from white settlers in California and then returned to their homes at Walla Walla. From there it spiraled outward, traveling west and north.

It hit the Cayuse band especially hard, and when combined with other grievances was the catalyst for the Whitman Massacre. The native people became distrustful of the missionary and medical doctor Marcus Whitman, who treated but was unable to save many of the afflicted. Convinced Whitman was actually poisoning them, they struck back, killing him, his wife Narcissa and 11 others.

“A lot of our people succumbed to that,” Williamson said. “In the early graveyards, you can see that one after another child died around that date.”

Later, tuberculosis would be bad enough that a sanatorium was built at Lapwai.

Williamson said the diseases and other things introduced by Europeans, such as the horse, firearms and waves of settlers, brought unprecedented changes to the tribe’s way of life. It was something foretold in their belief system.

“A lot of that is connected to what our people would call the ‘big change’ that was coming to this land that we were going to be subjected to, and this way of life was going to be given to us to help us navigate cataclysmic change that was going to come not only to us but to the environment and the land itself — and that change isn’t done yet,” he said. “There are still other changes that could potentially happen that would go along with that, changes to the land, changes to the environment and disease.”

Native people tend to be reflective at times of great change, he said, and look both inward and outward for causation.

“Those of us who try to maintain that understanding brought down and passed to us by knowledgeable elders find ourselves in the same contemplative mood at this time.”

A connection between the way people treat and use the land and large-scale epidemics is something increasingly accepted by modern science. Both human-caused climate change and human encroachment on and alteration of wildlife habitat plays a role in the spillover of disease from one species to another.

Both force wildlife, people and their livestock to move and overlap, which increases the chance of diseases, especially those caused by quickly mutating viruses, to spill over from one species to another.

As an example, Guy Palmer, regents professor of pathology at the Washington State University Paul G. Allen School for Global Animal Health, points to a study out of Australia on the Hendra virus. It emerged after heavy logging and development of temperate forests on the continent’s east coast. The logging displaced fruit bats. It also led people and their domestic animals to move there. The virus spilled over from fruit bats, also known as flying foxes, into horses and then humans.

“It changed the way bat populations interact and led to transmission to other animals and, in this case, people,” Palmer said. “We can take that well done study and draw that line, especially between habitat loss, or habitat change, and emergence of disease.”

“In these kinds of broad links, we can see those parallels,” Palmer said.

Williamson sees what may be a lesson in this current outbreak, one that traces back to that first outbreak of European disease that affected his people more than two centuries ago. Even then, when it took many months instead of just hours to cross oceans and continents, people were connected and shared vulnerabilities. Today, with the global population exponentially larger and people more mobile than ever, the connections and vulnerabilities are stronger. So too is the potential for cooperation and understanding.

“Now, more than ever, we realize that we rely on one another and that what happens to other people affects all of us,” he said. “If nothing else, this may be a way to bring people back together rather than separate them. It’s not just a geographic area or a certain group of people; it’s everybody being impacted. If anything good comes out of reflection on our shared humanity, I think that is the potential here, because it’s impacting everybody.”

“Now, more than ever, we realize that we rely on one another and that what happens to other people affects all of us. If nothing else, this may be a way to bring people back together rather than separate them.”

“Most estimates say about half the native people in North America died of diseases before they were even accounted for. This area has no written record until 1805 when people had already been affected by disease for a couple of hundred years.”