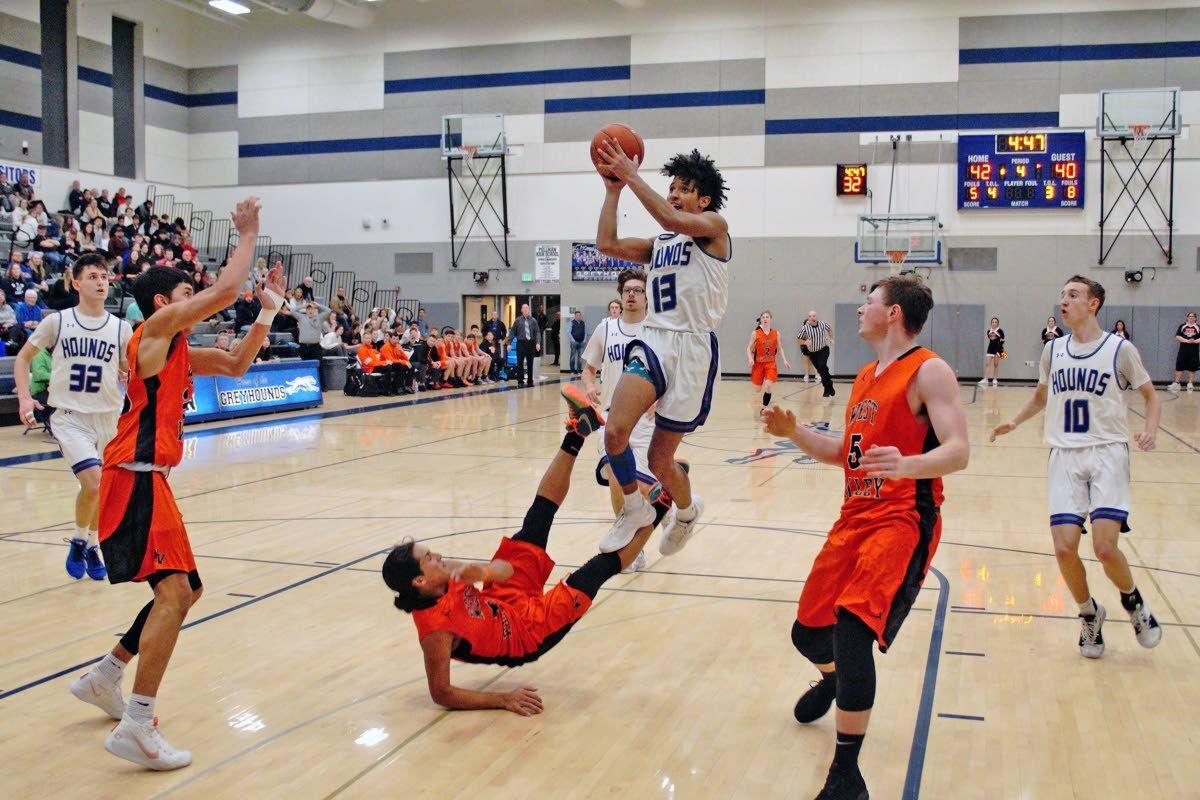 West Valley’s Dakari Pakootas falls to the floor after colliding with Pullman’s Evan Strong (with ball) during a game in 2019-20. The Greyhounds and the rest of the Greater Spokane League will not be conducting fall sports, instead waiting until Season 2, or basketball season, to start competition. 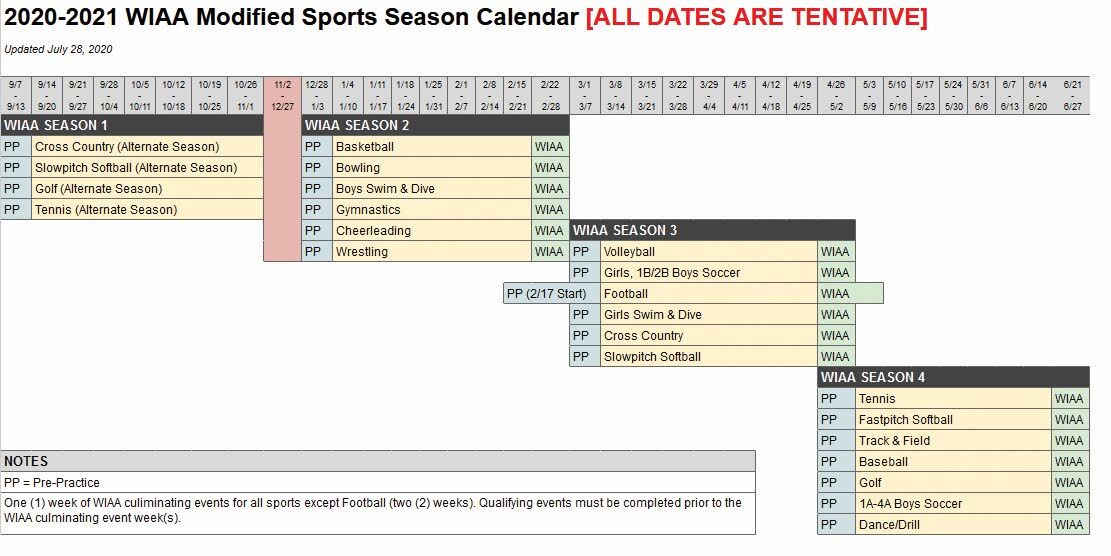 West Valley’s Dakari Pakootas falls to the floor after colliding with Pullman’s Evan Strong (with ball) during a game in 2019-20. The Greyhounds and the rest of the Greater Spokane League will not be conducting fall sports, instead waiting until Season 2, or basketball season, to start competition.

There will be no fall sports for Pullman, Clarkston and the other Greater Spokane League teams, District 8 administrators decided in a meeting Wednesday.

Those sports will instead happen in Season 3 (slowpitch softball, cross country) and Season 4 (tennis and golf), when the championships will occur for those sports.

The WIAA on Tuesday released an updated plan for fall sports, including dates for Seasons 1-4. Season 1 is an alternate season for those four sports, meaning they could play some of their regular season but wouldn’t play in the postseason until the spring.

“That’s what the alternate season means is they could do the season, but if you qualify for a postseason, you would have to wait until March or June to participate,” Franklin said.

The WIAA plan gives districts more opportunities to compete at different times. But with different District 8 counties in different stages of reopening, it didn’t make sense to do Season 1 sports in the fall, Franklin said.

Some school districts in those areas are starting out with online classes, Franklin said, so they wouldn’t be able to compete to participate in the fall sports.

“Basically, we just said no sports in Season 1, and everybody will do their sport in Season 3 or Season 4 just so it’s fair for everybody in our league and WIAA District 8,” he said.

“For a sport like cross country, where at the end of the season you should be ready for your peak performance ... you want that peak around that postseason time,” he said. “Well, if you’re running in the fall, your peak performance is at the end of that season (and) you might not be able to bring your best game to that postseason event (in the spring).”

Asotin football and baseball coach Jim Holman said he just wants the kids to have the opportunity to play sports this year.

WIAA Season 2 is set to begin Dec. 28 and includes basketball, bowling, boys’ swimming, wrestling and gymnastics. The executive board approved moving Season 2 to begin and end one week earlier than previously planned to avoid overlap with Season 3.

Each season is seven weeks and will allow a schedule of 70 percent of its normal season. So if a team normally plays 10 games, they would instead play seven.

The exception is football, which gets an extra two weeks of practice to meet its required 12 practices. Football, previously moved to Season 3, will begin Feb. 17, two weeks before the March 3 start for other Season 3 sports.

Holman pointed out practices at the end of the basketball season could be used toward the requirements for football. Also, it would be a big benefit because his kids would be in better condition at that point versus when football normally starts.

And while he’s intrigued with the prospect of playing football at a different time of year, Holman’s not sure what its going to look like.

“Once we get into game mode, we’re going to be a little more conditioned physically to jump right into it,” Holman said. “But in terms of just the feel, you know, I don’t know. It’s hard to replicate a Friday night in September or October. It really is. I don’t know what to expect. My hope is, when the lights come on no matter what month it is its going to be a football game.”

The WIAA also announced the move of girls’ swimming and diving from Season 1 to Season 3.

No coaching will be allowed for any sport from Aug. 17-Sept. 27, but the WIAA also implemented an out-of-season coaching period from Sept. 28-Nov. 30.

Franklin said this period would act like a summer conditioning period for athletes to get prepared for their upcoming, shortened seasons. Football can have as many as 20 practices in that time frame.

“That period is to get the kids back in shape, get them ready for their sport, learn the plays, learn the offense, defense or whatever,” Franklin said.

The next WIAA executive board meeting is Aug. 18, which is when more changes could take place. Franklin said the board and the WIAA are working closely with athletic directors, coaches, the state’s department of health and the governor’s office in making decisions.

“One thing I appreciate about the WIAA (is) they do not want to cancel a season ever again, so they’re working with the best available information they have to make sure students are going to be able to participate in all their sports,” Franklin said. “And that’s what I appreciate ... they’re doing a really good job of getting input and providing an opportunity for all sports to occur.”

“The revisions they made, I kind of like that,” Holman said. “It’s good to get more clarity on what’s going to happen.”

Donn Walden contributed to this report.