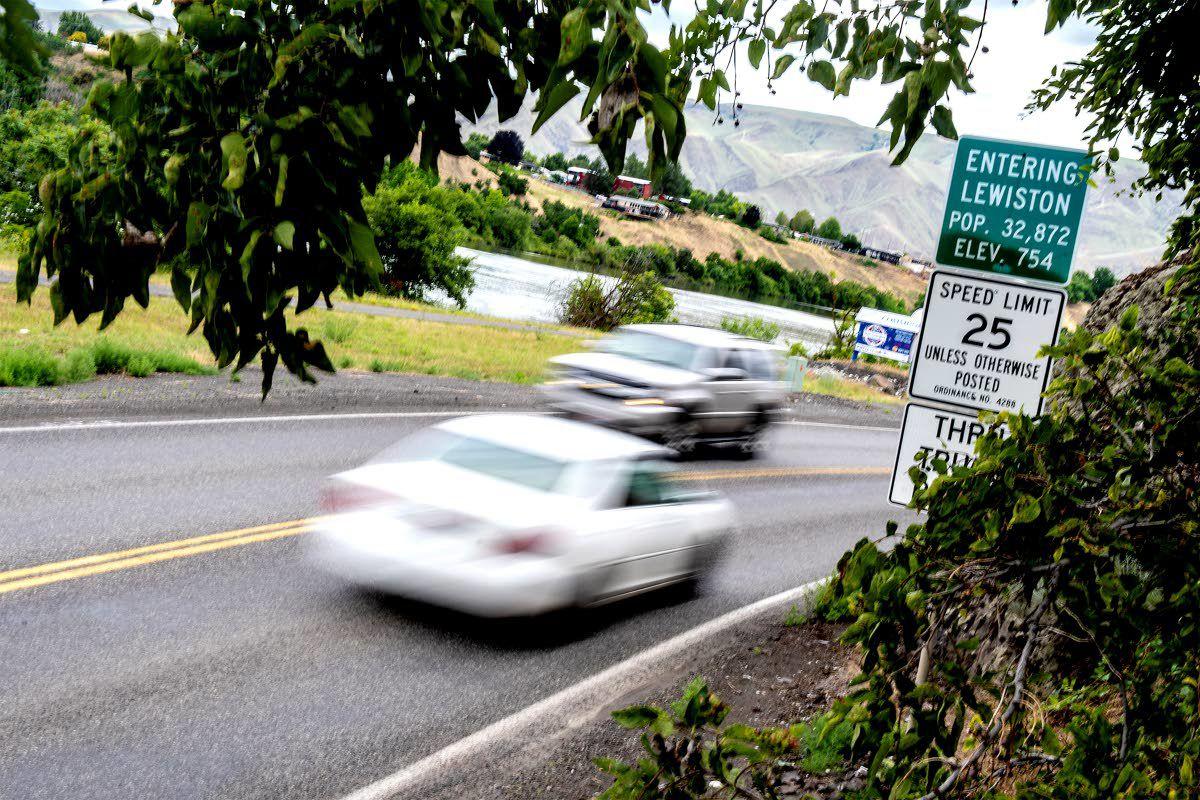 A car heads out of Lewiston along Snake River Avenue as another enters town on Wednesday morning. The roads are expected to be less busy than usual this Fourth of July weekend. 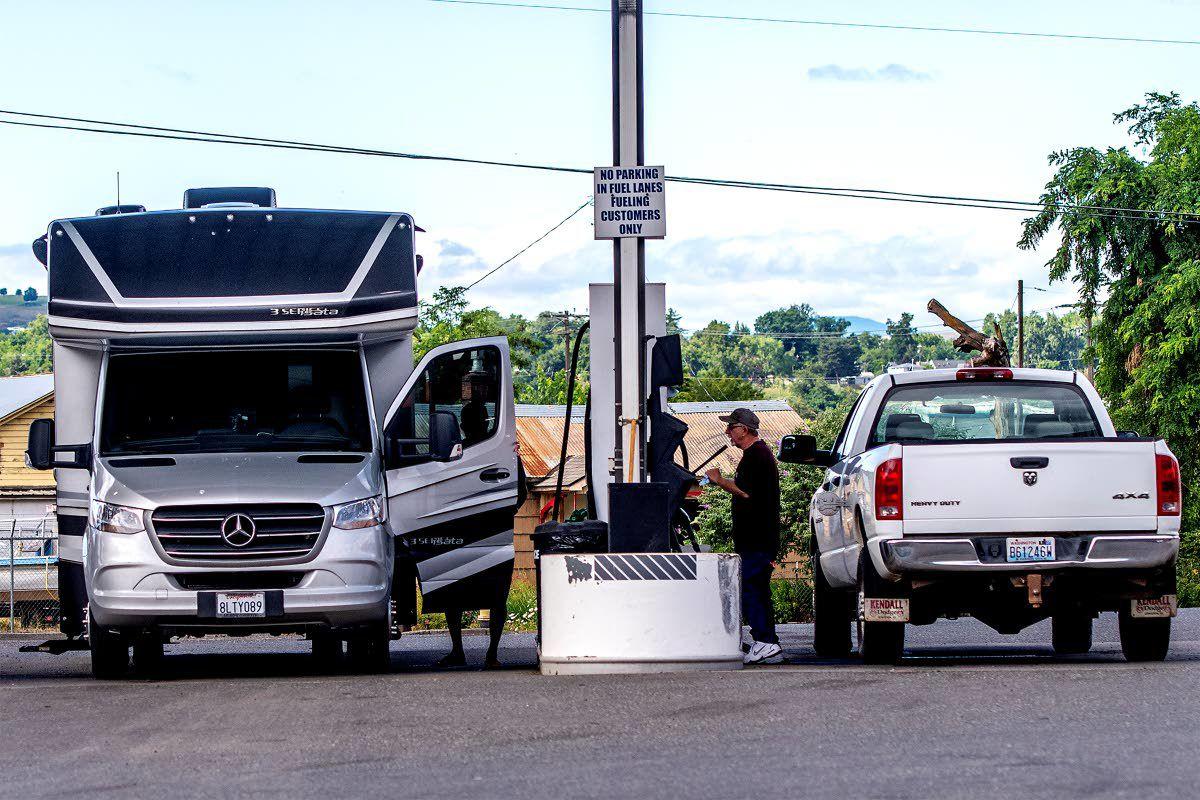 People fuel up at the 76 gas station off Down River Road in North Lewiston on Wednesday morning. Gas prices remain relatively low, with the average price in Idaho being $2.35 per gallon, according to AAA.

A car heads out of Lewiston along Snake River Avenue as another enters town on Wednesday morning. The roads are expected to be less busy than usual this Fourth of July weekend.

People fuel up at the 76 gas station off Down River Road in North Lewiston on Wednesday morning. Gas prices remain relatively low, with the average price in Idaho being $2.35 per gallon, according to AAA.

Sunny weather and low gas prices typically cause a surge of travelers on Independence Day, but roads are expected to be quieter than normal throughout the summer months.

While the nonprofit travel organization AAA did not forecast the number of travelers for the holiday weekend because of uncertainties surrounding the coronavirus pandemic, it’s predicting fewer people will take trips over the coming months.

According to AAA forecasts, Americans will take 700 million trips this summer, a number down nearly 15 percent compared to last July through September, marking the first decline in summer travel since 2009.

“Were it not for the pandemic, AAA would be projecting 857 million trips during the third quarter, a 3.6 percent increase over last year,” according to a news release.

Those who do travel are more likely to take road trips. This summer, 97 percent of summer vacations will be by vehicle, up from an average of 87 percent over the past five years.

“While the amount people drive is still low for this time of year, we know millions will be taking road trips in the months ahead. The good news is, the congestion they will encounter is nowhere near what we typically see in a summer,” said Bob Pishue, of INRIX, a company that assisted AAA with summer travel projections.

According to GasBuddy.com, gas prices for the holiday weekend are the lowest since 2004.

Patrick De Haan, the head of petroleum analysis at GasBuddy, said prices in all 50 states remain well below year-ago levels.

“2020 continues to be anything but a normal year, and low gas prices have persisted into summer’s unofficial halfway point, Independence Day. While gasoline demand has continued to rebound, there is anxiety about the recent surge in new coronavirus cases in the U.S., and that could prevent gas prices from seeing a continued rebound,” De Haan said in a news release.

AAA puts Idaho’s average gas price in Idaho at $2.35 per gallon, about 14 cents more than a month ago, but 65 cents cheaper than a year ago. The lowest price in Lewiston on Wednesday, according to GasBuddy, was $2.15 at the Nez Perce Express II at 17372 Nez Perce Road, followed by several stations at $2.29.

The lowest price of gas in Washington is listed at $2.15 per gallon, according to GasBuddy, while the average price is $2.74.

The holiday weekend forecast for the Inland Northwest includes plenty of sunshine and afternoon temperatures in the 80s, according to the National Weather Service in Spokane.

Should President Donald Trump acknowledge that he lost the election, drop his legal appeals and allow the Biden team to begin its transition to power?