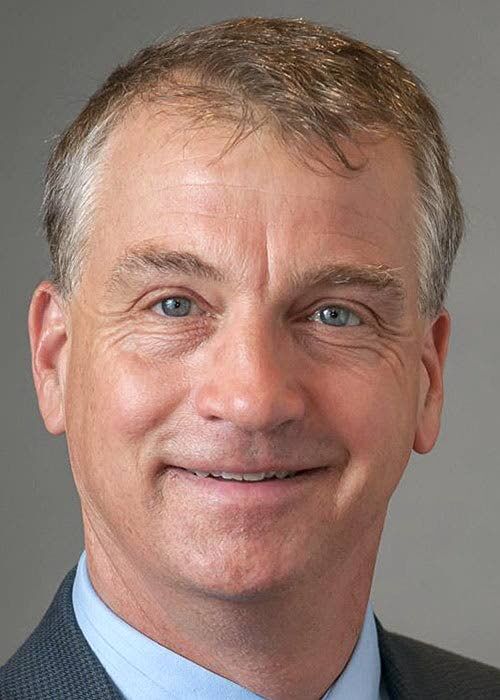 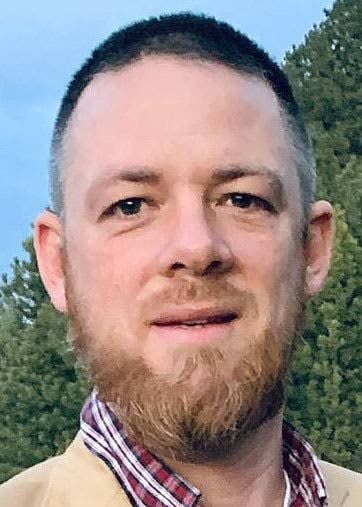 MOSCOW — The Latah County Commission District 2 race features a newcomer Republican who has garnered national attention for denouncing Moscow’s face mask resolution, and a six-year incumbent Democrat who has largely stayed out of the limelight.

Gabriel Rench, R-Moscow, said he originally ran for the seat to stop property taxes from increasing and that the city’s face mask/social distancing order, which he said is unconstitutional, added fuel to his desire to run.

Moscow Mayor Bill Lambert issued the order in late June, and the Moscow City Council recently extended it to Jan. 5.

Rench and four others were cited for suspicion of violating the order at an anti-mask protest last month in the Moscow City Hall parking lot. Rench was also arrested, but not charged, for allegedly refusing to identify himself to police at the event.

“I feel like our politicians don’t know how to create good governance and good policies,” Rench said. “This whole resolution’s just a mess.”

Rench was critical of Lambert and of his county commissioner opponent, Tom Lamar, D-Moscow.

Rench and Lamar were expected to participate in a League of Women Voters of Moscow candidate forum earlier this month at Moscow City Hall, but the county commissioner portion of the forum was canceled at the last minute.

The four Idaho Fifth District candidates who participated in the forum wore masks, but Rench said he was medically exempt from wearing a mask and refused to wear one. He declined to say what his medical condition is.

The city’s mask order “does not apply to persons with a medical condition, mental health condition, or disability that prevents wearing a face covering,” according to the order.

Lamar said the candidates invited to the forum learned in early September that they would need to adhere to COVID-19 safety policies at the event, so he is not sure why Rench waited until the night of the forum to say he would not wear a mask and that he could have made arrangements over the last month to participate in the forum.

“To me it just seemed silly, because we could have done it,” Lamar said.

He said Rench blamed him for the event being canceled and that Rench was “basically berating and sort of insulting me as a person and as an elected official” in the City Hall parking lot immediately after the forum was shut down. He said Rench approached him, and he directed Rench to stay back.

Lamar said two police officers told them both to go home, so he left.

“When he started accusing me of somehow canceling the thing I was like, man, you are one twisted dude to turn this around and make it about me,” Lamar said.

“It was almost like he thought I should be willing to have a forum where he has no mask,” he said.

Lamar said Rench had recently returned from a 900-person event in Tennessee where they did not practice social distancing or mask wearing.

Rench said CrossPolitic, a Christian television show and podcast he hosts, started an annual Fight Laugh Feast Conference last week in Franklin, Tenn., that included an after party at a bar.

Lamar said he will continue to represent Latah County residents and their interests at the county, state and federal level.

“I’m running again because I’ve been an effective commissioner, and I would like to continue to serve all the people of Latah County and work well in a collaborative way with other leaders within Latah County and within our region,” he said.

Rench said he is the best candidate because he is “normal.”

Lamar said he has worked hard on health issues, including behavioral health as he serves on the District 2 Behavioral Health Board, and affordable housing issues.

Rench said he would ultimately like to see property taxes eliminated and a better tax structure implemented, but said the state Legislature would need to tackle that.

“In the meantime, I won’t raise taxes and we’ll figure out better ways to do things that are friendly to our community and instill freedom in our citizens,” Rench said.

He said he would not make budget cuts but would meet with department heads to work on each department’s budget.

Lamar said property values are set by the market, and as values increase, so do property taxes. The state has played a hand over the years in driving property taxes up in counties too, he said, by failing to adequately fund public education. That means school districts need to request levies from taxpayers to fund schools.

“A lot of it has to do with these external factors that are outside of the control of Latah County, or any county for that matter,” he said.

The only way to keep property taxes from rising, he said, is to cut the county budget, which means cutting sheriff’s office funding — the largest part of the budget.

“So if we are supposed to cut the budget, take a significant wack out of the budget, then effectively what we’re saying is defund the police, and that’s not going to help our situation with crime rates,” Lamar said. “That’s not going to help our situation with the security of the citizens of Latah County. It’s not going to enable us to retain high-quality employees. … Part of my desire is to continue to maintain Latah County’s ability to budget well, budget conservatively and budget in such a way that we are retaining quality people and being resource efficient.”

Education: Bachelor’s degree in communications with emphasis in business from University of Idaho.

Prior political experience: None.

Education: Master’s degree in environmental science from Washington State University; bachelor’s degree in biology and anthropology from University of Delaware