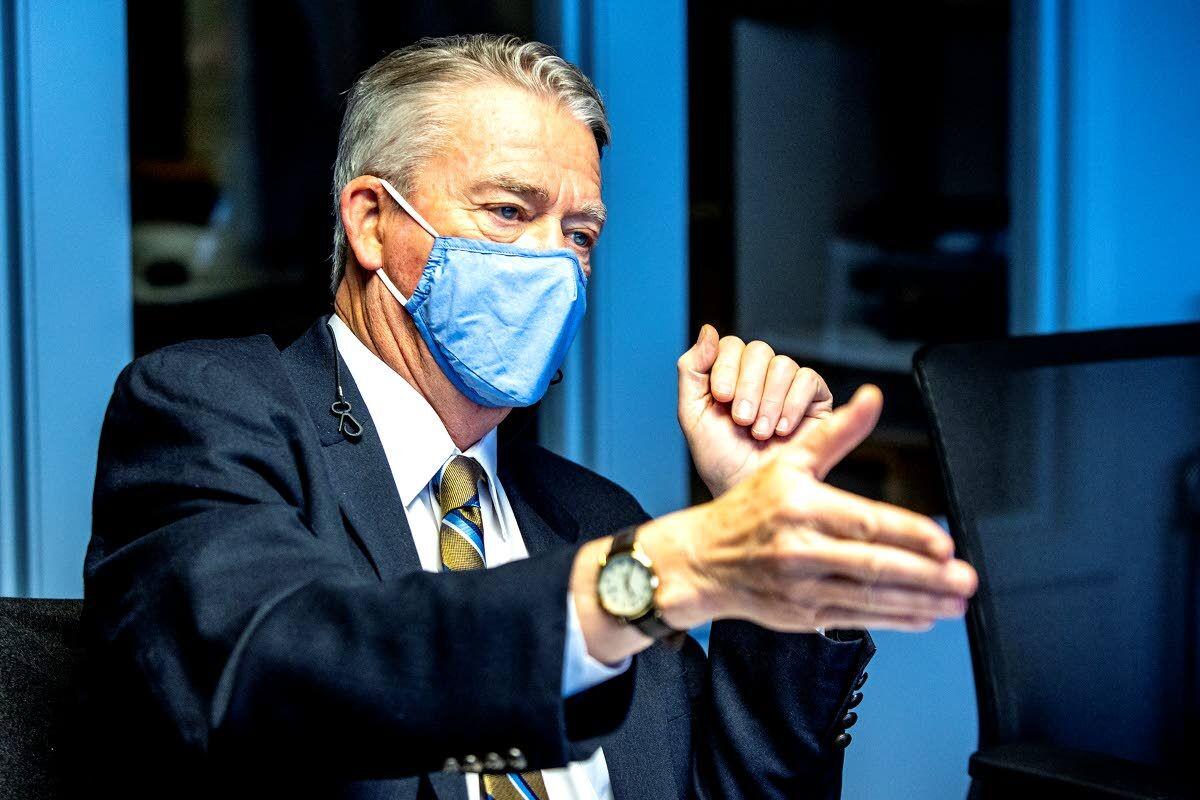 Idaho Gov. Brad Little discusses a wide range of topics during a meeting Friday at the Lewiston Tribune. Little asked the state board of education on Wednesday to update its guidance to allow for more fans to attend high school events. 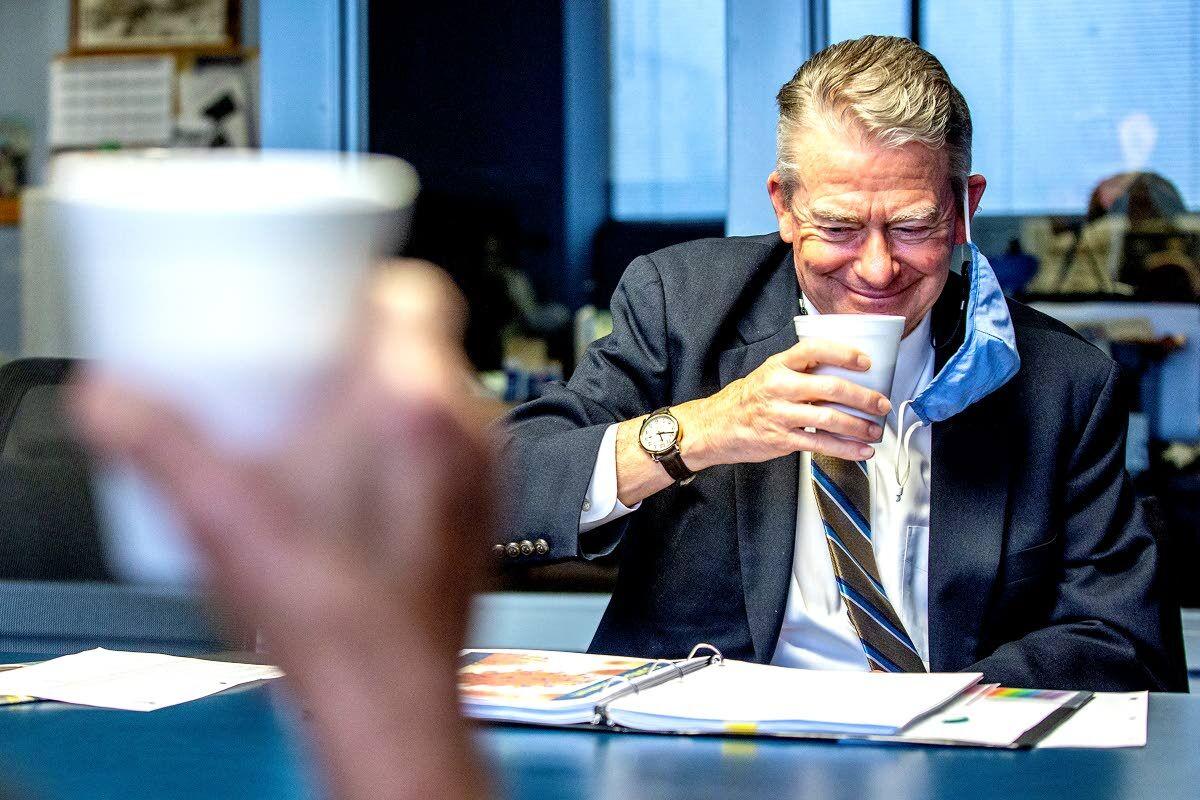 Little takes a sip of coffee as he talks with Lewiston Tribune editors Friday. 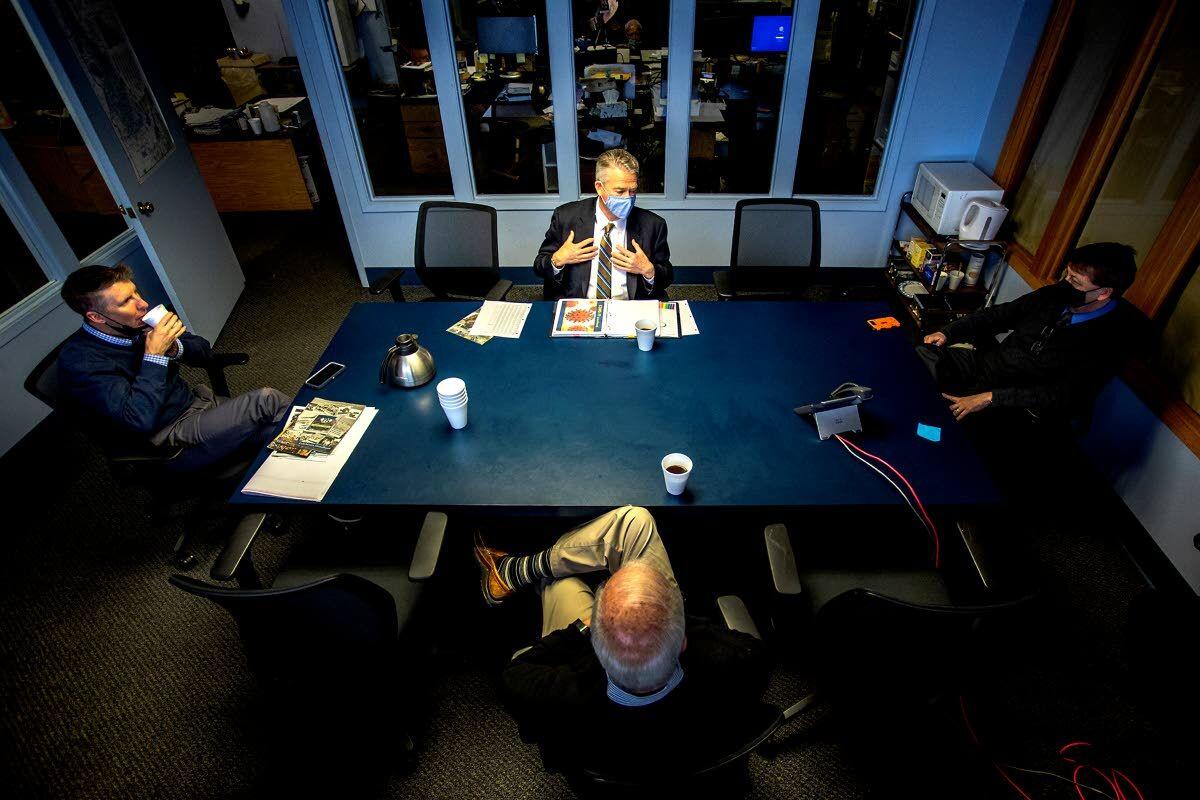 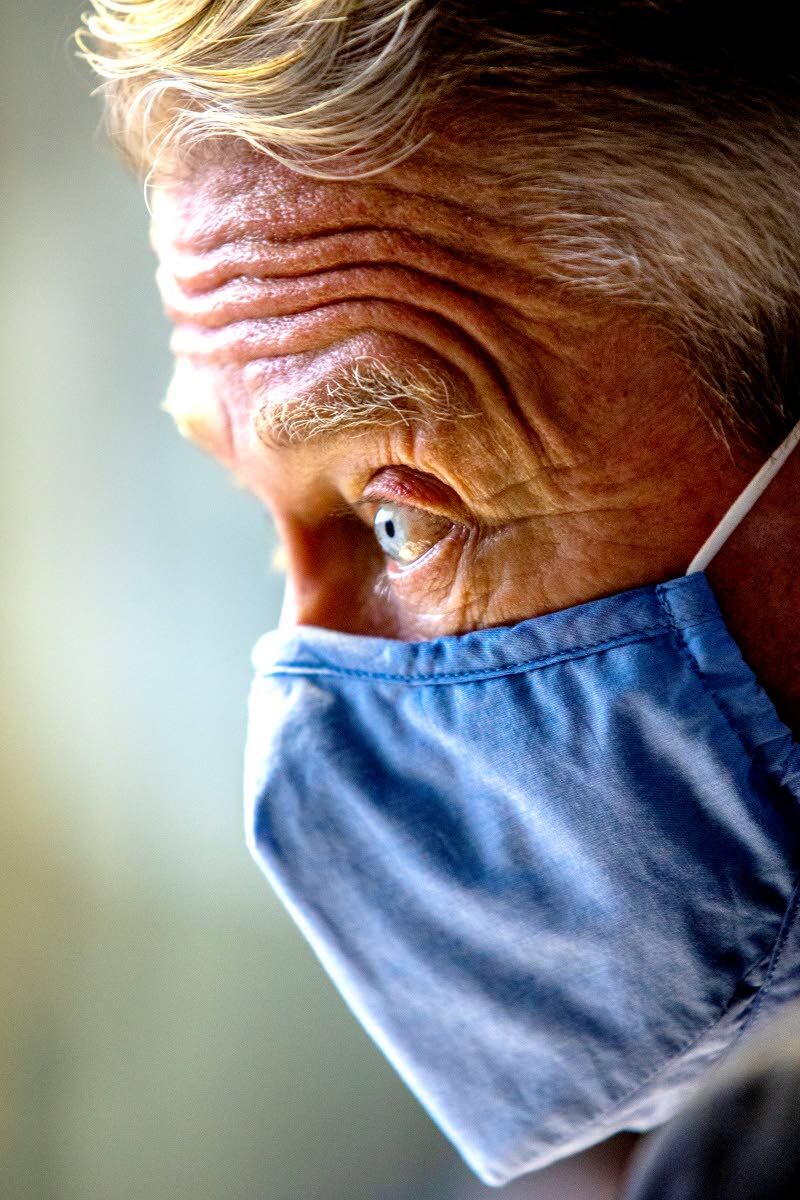 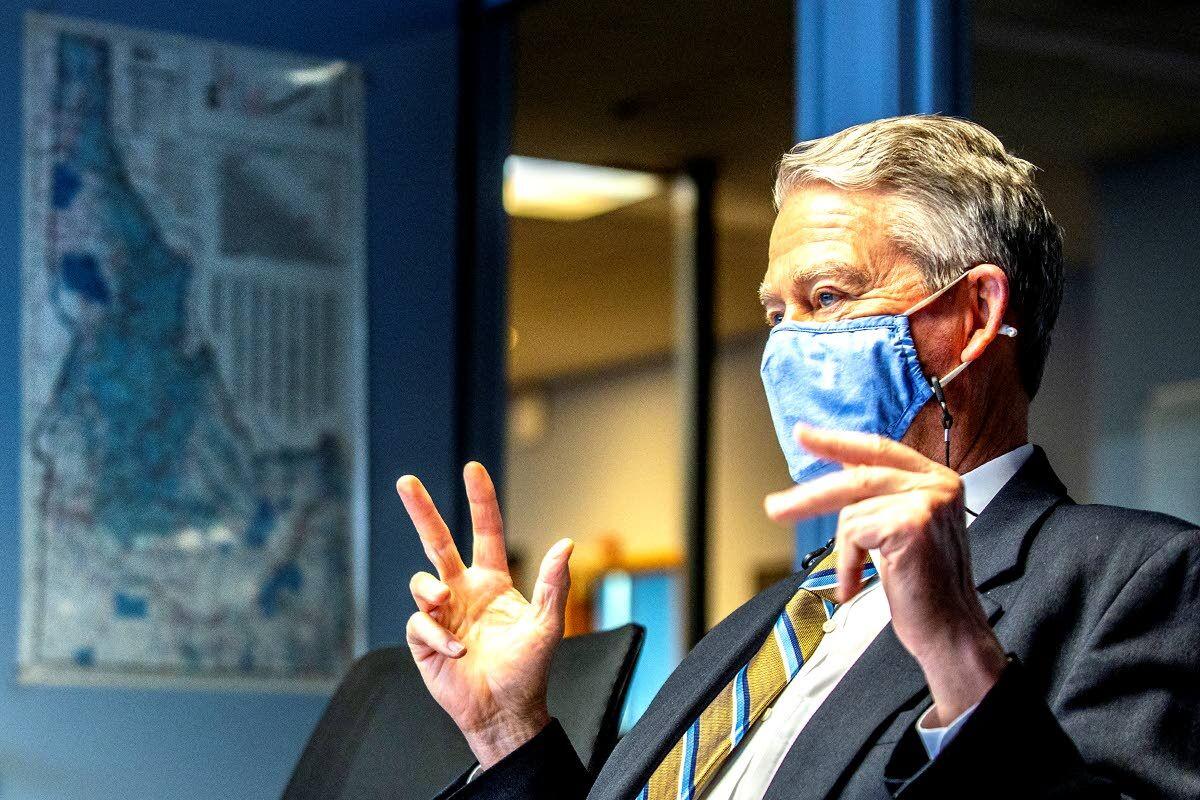 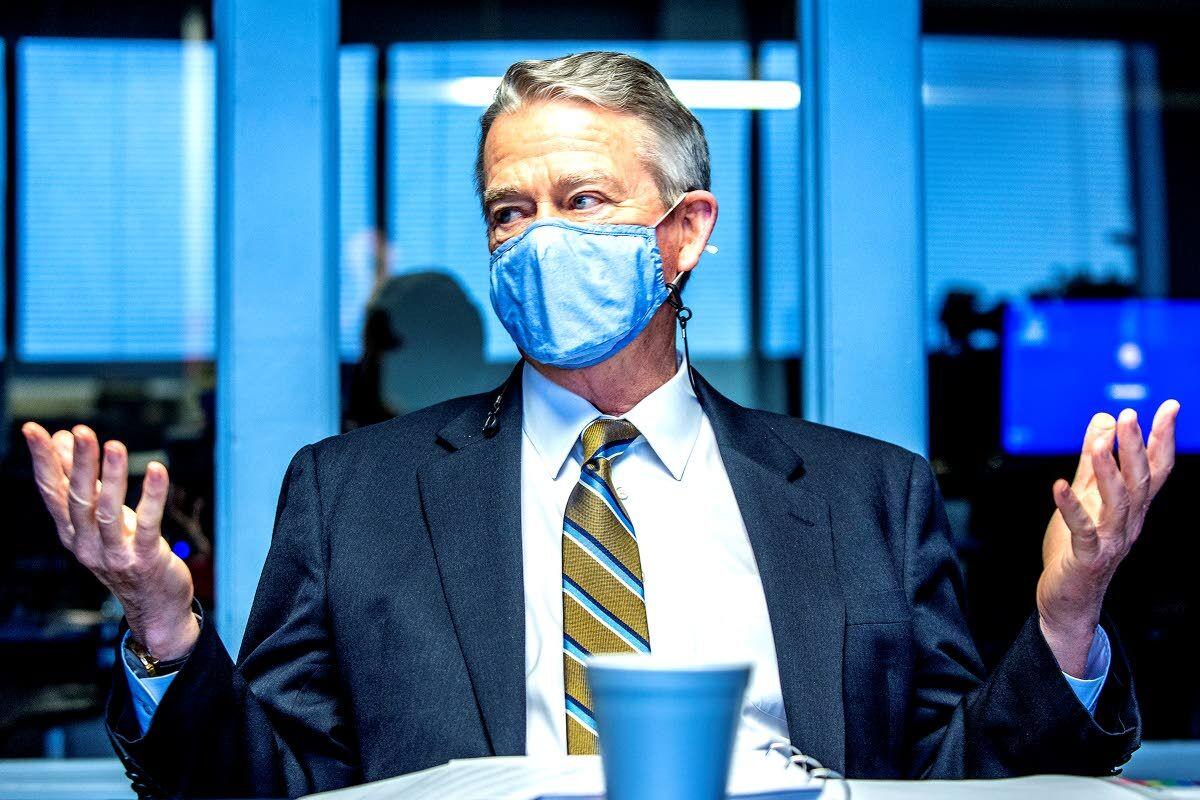 Idaho Gov. Brad Little discusses a wide range of topics during a meeting Friday at the Lewiston Tribune. Little asked the state board of education on Wednesday to update its guidance to allow for more fans to attend high school events.

Little takes a sip of coffee as he talks with Lewiston Tribune editors Friday.

The so-called “balance of power” issue has been a major focus of lawmakers during the first week of the 2021 session. Nine bills have been introduced so far, with the possibility of more on the way.

Three of the bills would immediately end all or part of the coronavirus emergency declaration that Little first issued last March, and that has been amended and reissued several times since. Two others would limit emergency declarations to a maximum of 30 days, unless extended by the Legislature; they also would prohibit the governor from altering or suspending state laws or constitutional rights via an emergency declaration, or restricting someone’s right to work and provide for his or her family.

“I’m willing to look at it, but I’m not losing sleep over it,” Little said Friday during a meeting with Lewiston Tribune editors. “What I lose sleep over is the (COVID-19) incident rate, our vaccination rate and what to do about kids who are being left behind (in school performance).”

That said, he noted that Idaho’s current emergency statutes allowed him to temporarily suspend more than 150 rules and regulations during the early stages of the pandemic — helping retired or out-of-state health care workers get licensed more rapidly, and supporting a massive, 40-fold increase in the use of telehealth services.

“I couldn’t have done that without the emergency order,” he said.

Concerns have also been raised that suspending the declaration could cost the state millions of dollars in federal matching funds for things like emergency management operations and for the COVID-19-related assistance the Idaho National Guard is providing to hospitals and long-term care facilities.

“I’m not doing it to make people mad,” he said. “I’m doing it because I think it’s important for the health and prosperity of Idaho.”

Faced with a frustratingly slow build-up in COVID-19 vaccination rates, the governor has also blocked out about a third of his appointment calendar, to free up time to address the “weak links” in the distribution chain.

Ideally, he’d like to get to a point where Idaho vaccinates about 300,000 people a month — meaning anyone who wants a vaccine can get it by August.

However, even with a recently announced increase in vaccine supplies, the state is getting less than 21,000 doses per week. Nor does it have the infrastructure in place yet to administer much more than that.

“On Monday or Tuesday, I’m going to announce an economic motivator to get more (providers) involved,” Little said. “They tell me they don’t have the capacity, but when you wave a little cash in front of them, all of a sudden they can do better.”

The incentive has to be structured in such a way that it doesn’t disadvantage rural areas, he said, where providers can’t necessarily “line people up” to administer the vaccine.

Part of what’s driving his concern about vaccination rates is the recently discovered coronavirus variant that’s even more contagious than the original COVID-19 virus. It’s been found in several countries so far, and the Centers for Disease Control warned Friday it could become the dominant strain in the United States by March.

“Before it gets (to Idaho), we need to get as many people vaccinated as possible,” Little said.

Until that happens, he’s continuing to urge Idahoans to mask up, social distance and do the right thing for their communities.

He pointed to the Lewiston School District as an example of that — although, for full disclosure, he also noted that Steve Rice, the father of Lewiston School Board President Brad Rice, is his cousin.

“They’re one of my heroes,” Little said. “They put a mask mandate in early, they brought the rank-and-file in on the decision, and they’ve left it in place.”

Idaho state code has “a whole bunch” of laws dealing with public schools, he said, and most of them originated with school boards who failed to do the right thing.

“If we had as good a school board and school superintendent everywhere in the state as you have here, we could wipe out about half the code,” Little said.