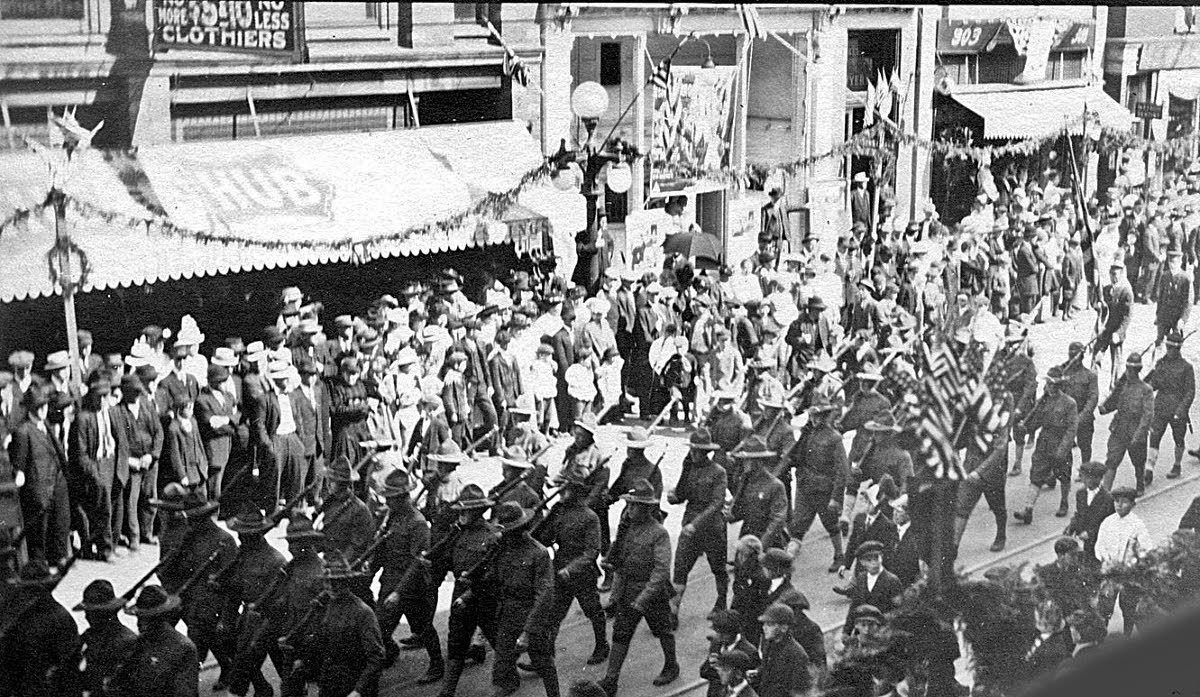 Soldiers returning from World War I marched in victory parades which inadvertently spread the influenza from Europe. 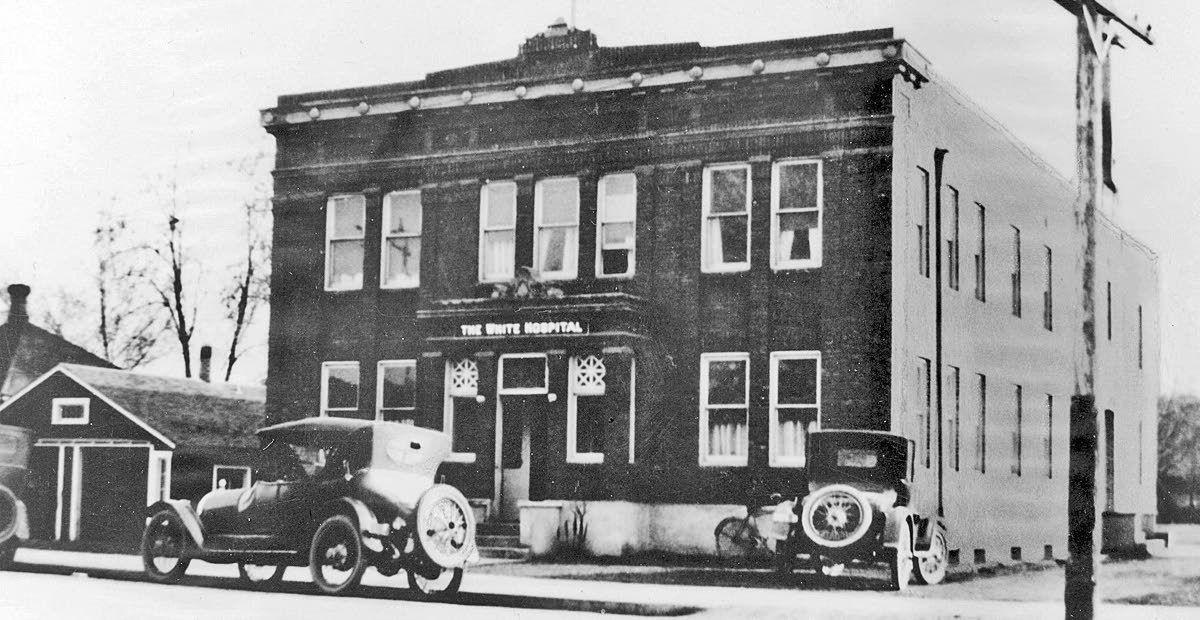 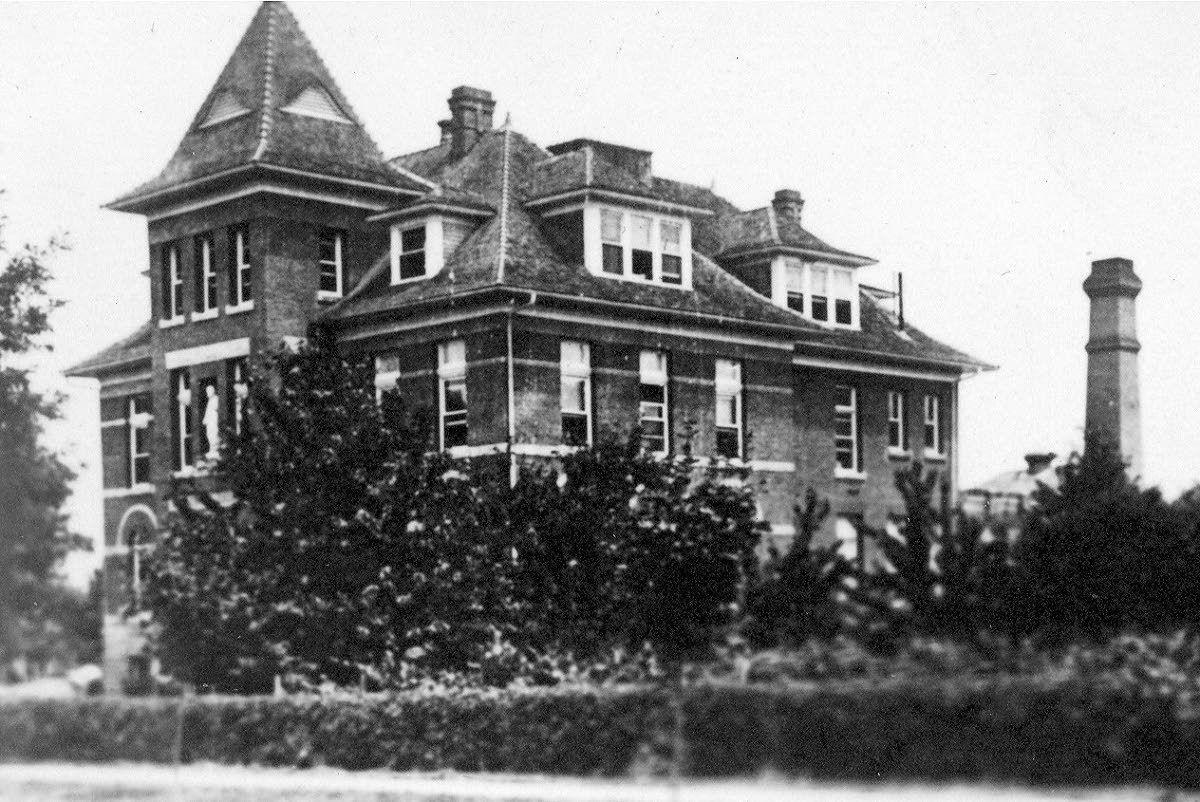 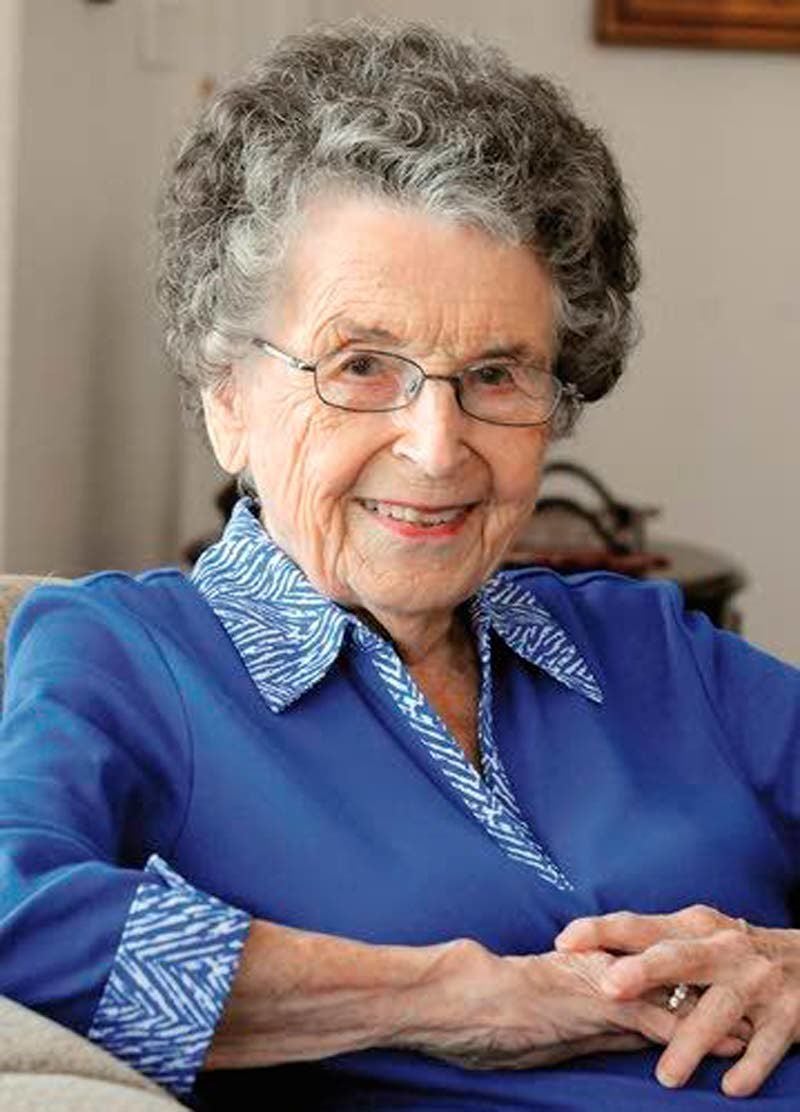 Soon to be 105 years old, Edith Webb Vannoy is likely the last person in the Lewiston-Clarkston Valley with any memory of the influenza pandemic of 1918.

Soldiers returning from World War I marched in victory parades which inadvertently spread the influenza from Europe.

“And your brain within is turning,

“Into buttermilk from churning,

“When your stomach grows uneasy,

Edith Webb Vannoy will be 105 years old this September and is likely the last person in the Lewiston-Clarkston Valley with any memory of the influenza pandemic of 1918.

In a recent phone interview with Lewiston historian Steven Branting, Vannoy remembers the entire town of Reubens, except her family, seemed to have the influenza. Her mother, Lula, made poultices of garlic and mustard. The family wore them on their chests. Edith remembers the house smelled horrible. Her father, Ernest, took the poultices to other families in Reubens.

Apparently, many others thought their home remedies might ward off the impending pandemic. A Boise Rexall Drugstore prescribed a flu regimen of iron pills, hydrogen peroxide, antiseptic gargle and cod liver oil.

Boise doctors remained unconcerned through the summer of 1918. Dr. William Brady, the Boise Statesman’s medical columnist, predicted the virus would be, “no worse than others that regularly crossed the Atlantic.”

The virus became commonly known as the “Spanish flu,” but wartime censors suppressed news of the flu among soldiers fighting in World War I to avoid affecting morale. Neutral Spain reported the illness with its terrible death rate, and the rest of the world assumed the disease originated in that country: hence the name, Spanish flu.

“Avoid worry,” said another Boise physician. “Westerners were said to be hardy enough to stand tall against influenza. And people who lived in cities, had resistance to diseases spread in a crowd.” Fresh air and exercise were recommended.

Most of the information in Lewiston and Idaho was coming from newspapers back East. First published U.S. reports of this new disease spoke quietly of sick soldiers on U.S. military bases.

On Sept. 28, 1918, soldiers returning from World War I marched at a Liberty Bond parade in Philadelphia, and more than 200,000 lined the streets. Health officials, alarmed by the infection rate among war veterans, called for canceling the event but were overruled by the promoters.

Within 72 hours of the parade, every hospital bed in Philadelphia was filled. By the first of October, 2,600 in the city had died. In a week the number doubled, and ultimately more than 14,000 citizens would die in the City of Brotherly Love.

The hospitals, morgues, undertakers and grave diggers were overwhelmed. The phrase, “bodies stacked like cordwood,” became a common refrain. This expression was even used to describe scenes in Lewiston.

News reports and rumors soon spread that Germans — the “Huns” — had unleashed the epidemic. However, the Smithsonian Magazine states, “the first reported notice anywhere in the world of unusual influenza originated in Haskell County, Kansas: January 1918.”

This influenza spread unbelievably fast throughout American military bases; infected soldiers shipped to France led to this worldwide pandemic. Military personnel from every corner of the globe returned to their own countries and unknowingly spread the disease.

By October of 1918, influenza had appeared in Canyon and Ada counties in Idaho. A quarantine order was in place, but the Idaho State Board of Health called the move “purely precautionary.”

Lewiston’s experience can be traced back to Oct. 12, 1918, when the first case of influenza was reported. Miss Viza Raymond, of Caldwell, a student of Lewiston State Normal School, was stricken suddenly. The city closed the Normal School.

Steven Branting, author of “Historic Firsts of Lewiston, Idaho,” writes: “Dr. Susan Bruce, the first female physician to serve on the Idaho Board of Health, was elected Lewiston’s health officer in 1911. She served in that capacity for 17 years and became one of the most important physicians to serve the city. Dr. Bruce was instrumental in controlling the local smallpox epidemics in 1913 and 1927.

The residents of Lewiston followed instructions “diligently.” Bruce appealed to the women of Lewiston to volunteer at the Red Cross.

In late fall, the slowing of flu cases made Lewiston residents relax. On Nov. 11, 1918, World War I ended in Europe and it was hoped that the world might be returning to normal. It was an occasion for Lewiston to celebrate in the streets.

Children in Lewiston might have been singing the rope-skipping song that was all the rage during 1918-19: “I had a little bird, its name was Enza, I opened the window, and In-Flu-Enza.”

According to a 1963 Lewiston Morning Tribune article, “U.S. Troops Brought A Grim Gift Home”: “The quarantine was abruptly forgotten. A bonfire at the corner of Fifth and Main drew thousands. Influenza flared up again. This time it was not mild.”

There appears to have been three waves of the 1918-19 flu pandemic that devastated the valley — fall of 1918 and then fall and winter of 1919. The flu was a wildfire of misery burning through Idaho, America and the world.

The Centers for Disease Control and Prevention estimates that 500 million people or one-third of the world’s population became infected with this virus. The number of deaths was estimated to be at least 50 million worldwide with about 675,00 occurring in the United States.

Sadly, the 1919 resurgence of the Spanish flu played no favorites. In April 1919, President Woodrow Wilson fell deathly ill in Paris. Attending the Paris Peace Talks after World War I, he was stricken with the flu and nearly died. A few months later upon returning to the White House with a disease weakened body, the president had a major stroke and never regained his health.

During this time, Lewiston was fortunate to have two hospitals that could care for the ill: White Hospital on Main Street and St. Joseph Hospital on Normal Hill.

Disastrously, most of the Idaho population in 1918-19 lived in rural areas. Rural Idaho suffered terribly from the pandemic.

No true numbers will ever speak to the unreported deaths in this region’s communities. Statistics cannot tell the tragedy suffered in rural Idaho where no health facilities existed in 1918-19.

Russell Clark, a resident of Paris, Idaho, remembered the impact of the pandemic: “There was a feeling of depression and sadness because neighbors, you see, were passing away.” The mortality rate was nearly 50 percent in that community.

Everyone tried to help each other during this lethal time period: food deliveries by horse and buggy, neighbors trying to help their neighbors and folks just attempting to help loved ones.

The Rev. Stephen Reuben, a Nez Perce tribal member and Methodist minister, was quoted in a 1918 edition of the Lewiston Morning Tribune as saying, “Last winter I did not care about the flu. I went through the reservation visiting the sick and buried the dead when our church was closed, my mouth was never closed to preaching. I went from house to house to preach to my people.”

The Catholic nuns, who comprised the St. Joseph Hospital nursing staff, were also unsung heroines. In 1918 and 1919, they were devastated by the loss of many of their sisters. That same year, the St. Joseph School of Nursing was established and Lewiston State Normal School became its home.