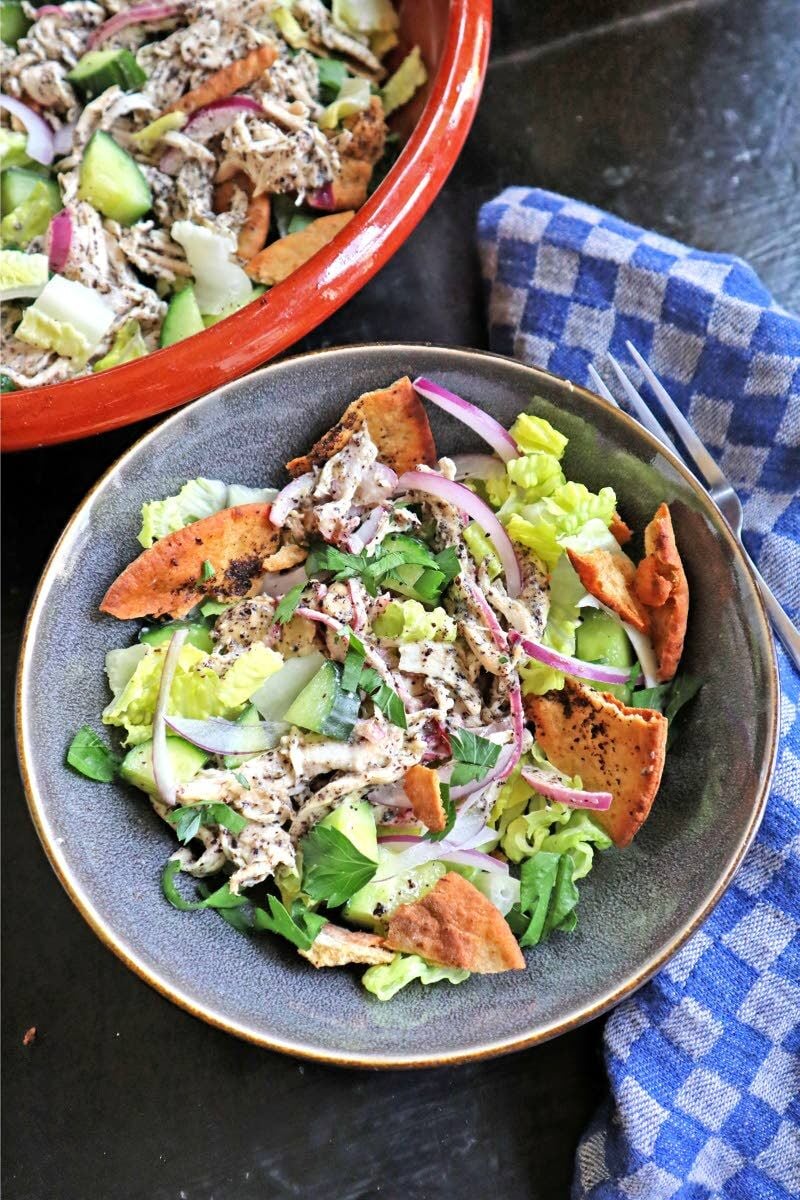 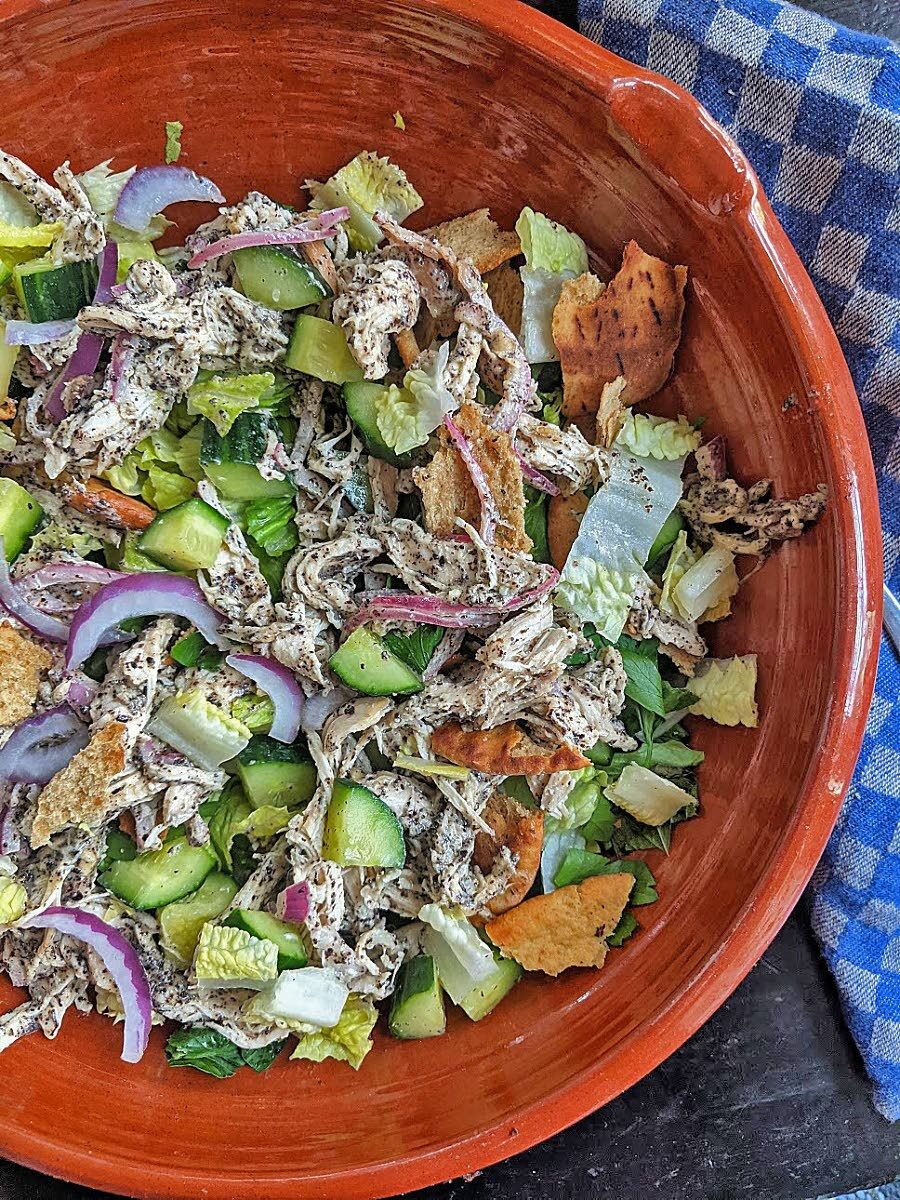 It’s a perennial question for cooks who don’t properly store their bread: What to do with the loaves, slices or rounds when they go stale?

If we’re talking flatbreads, why not make fattoush? This Mediterranean salad is made with chopped lettuce, cucumbers, radishes and fried or baked pieces of pita bread.

This recipe from Milk Street’s new “Tuesday Nights Mediterranean” (Voracious, $35) makes short work of the salad, with a protein-rich (and unconventional) addition of shredded rotisserie chicken tossed in rich and creamy tahini dressing.

Ground sumac — a dried red spice made from the dried and ground berries of the wild sumac flower — give the salad its distinctive citrusy taste. You can find it in most larger grocery stores, or at Middle Eastern markets.

The satisfying juxtaposition of textures — crunchy pita, crisp lettuce, tender chicken — make this salad a fun one to eat. Be sure to stir the tahini before adding to the dressing because the oil can separate in the jar.

FATTOUSH WITH CHICKEN AND TAHINI-SUMAC DRESSING

Heat oven to 400 degrees with rack in middle position.

In a colander set in a large bowl, toss cucumber with 1 teaspoon salt, set aside.

Stir together lemon juice and onion in large serving bowl. Let stand while you toast pita.

Meanwhile, on a rimmed baking sheet, brush both sides of pita rounds with 2 tablespoons oil, then sprinkle evenly with 2 teaspoons sumac. Bake until browned and crisp, about 10 minutes total, flipping once halfway through. Cool to room temperature, then break into bite-size pieces.

Add romaine, mint, cucumber (discard liquid) and pita, and toss to combine. Taste and season with salt and pepper.