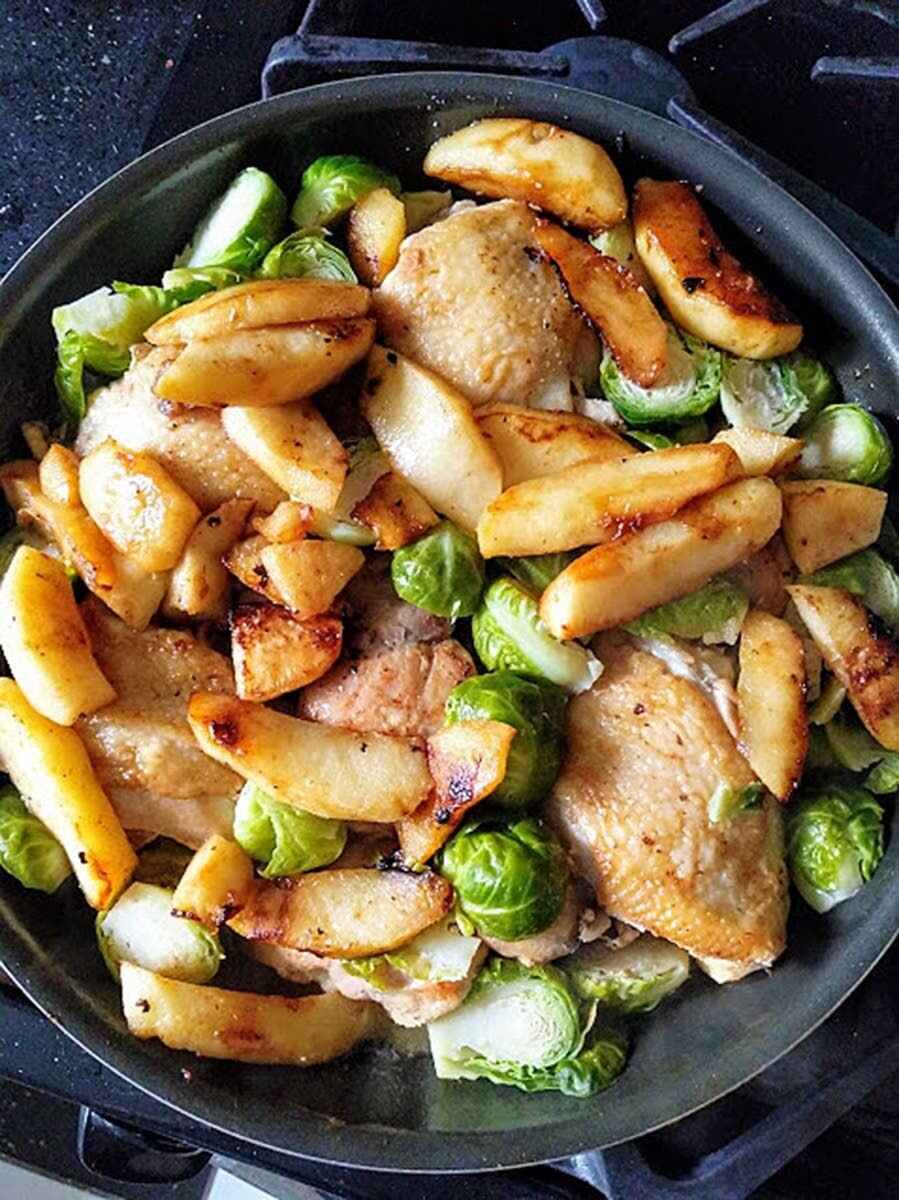 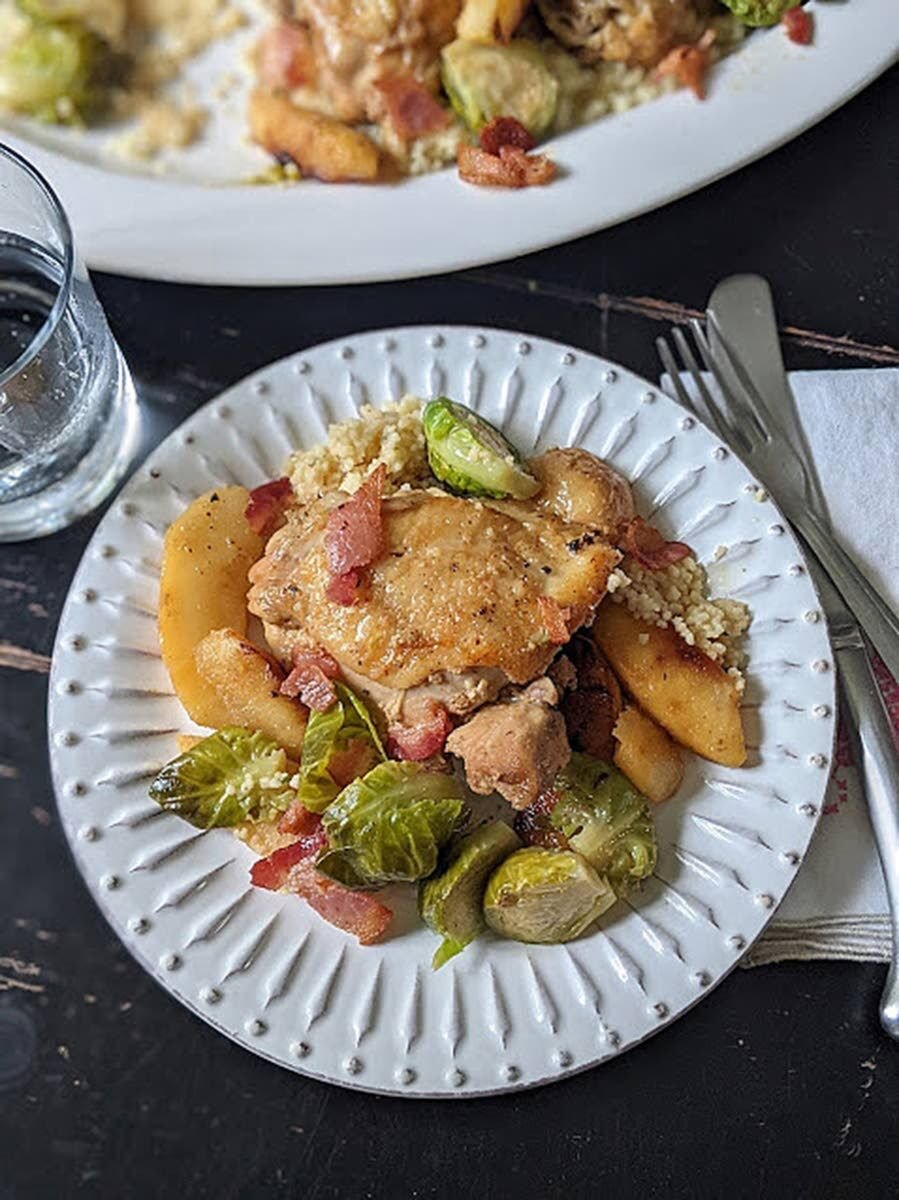 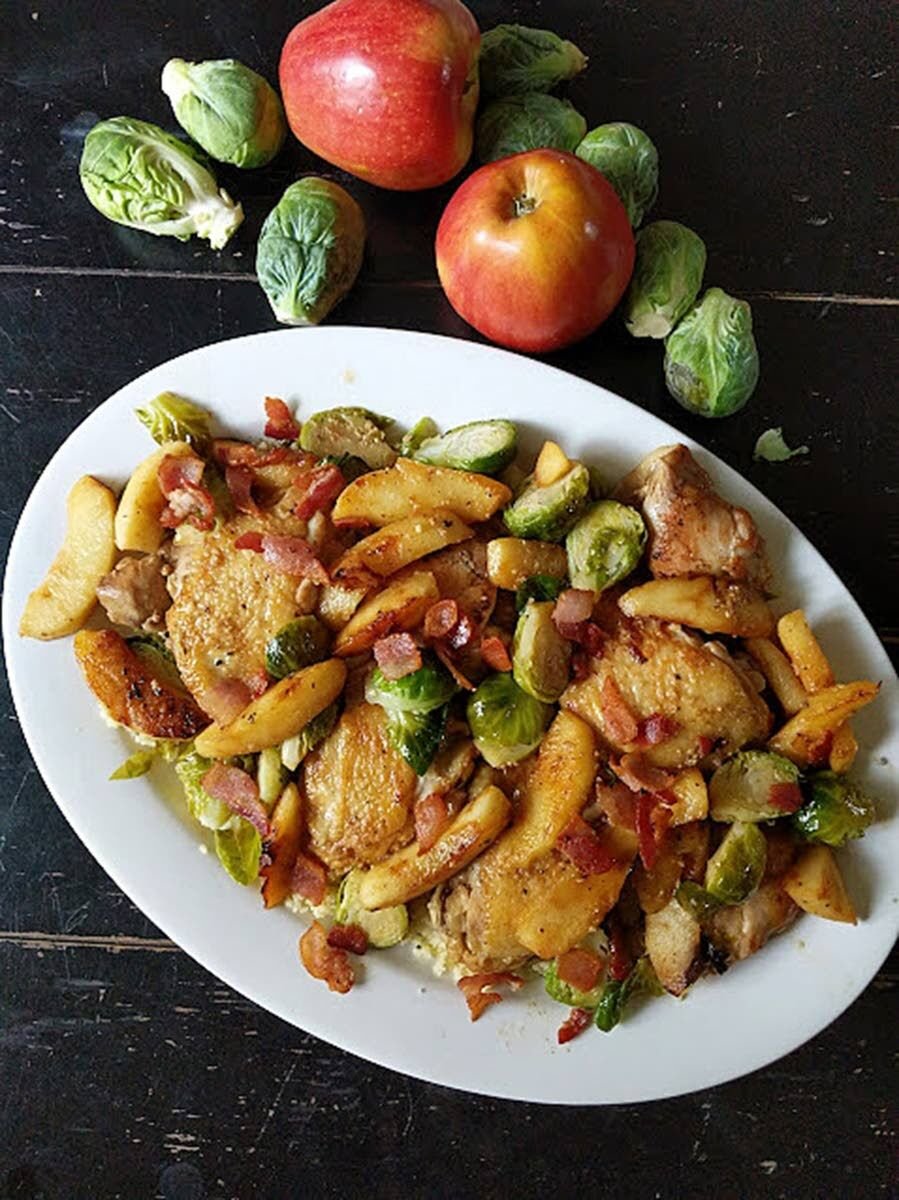 Fall ushers in a different kind of cooking for many home cooks. When the weather gets cooler, we’re happy to trade cooking outside on the grill for baking, roasting or sauteing dinner on the stovetop.

This easy, one-pan recipe is a great kick-off to fall. September means apple season, and now is also when cabbages such as Brussels sprouts are plentiful in grocery stores and at farmers markets.

Braising the chicken in hard cider — another apple product that’s easy to find in most regions — amplifies its seasonal flavor, adding a subtle sweetness to the dish. (The alcohol cooks off.)

I served the chicken on top of couscous to stretch out the recipe, and you could do the same with rice or noodles. If you don’t want to fuss with buying an alcoholic beverage, substitute regular apple cider or apple juice to make the sauce.

In a very large skillet, cook bacon over medium heat until crisp. Remove from pan to paper towel-lined plate, reserving drippings in skillet.

To serve, spoon couscous, rice or noodles onto a plate or shallow bowl. Divide chicken thighs, Brussels sprouts and apples among bowls or plates. Spoon cider mixture over top. Sprinkle each serving with bacon. Makes 4 servings.