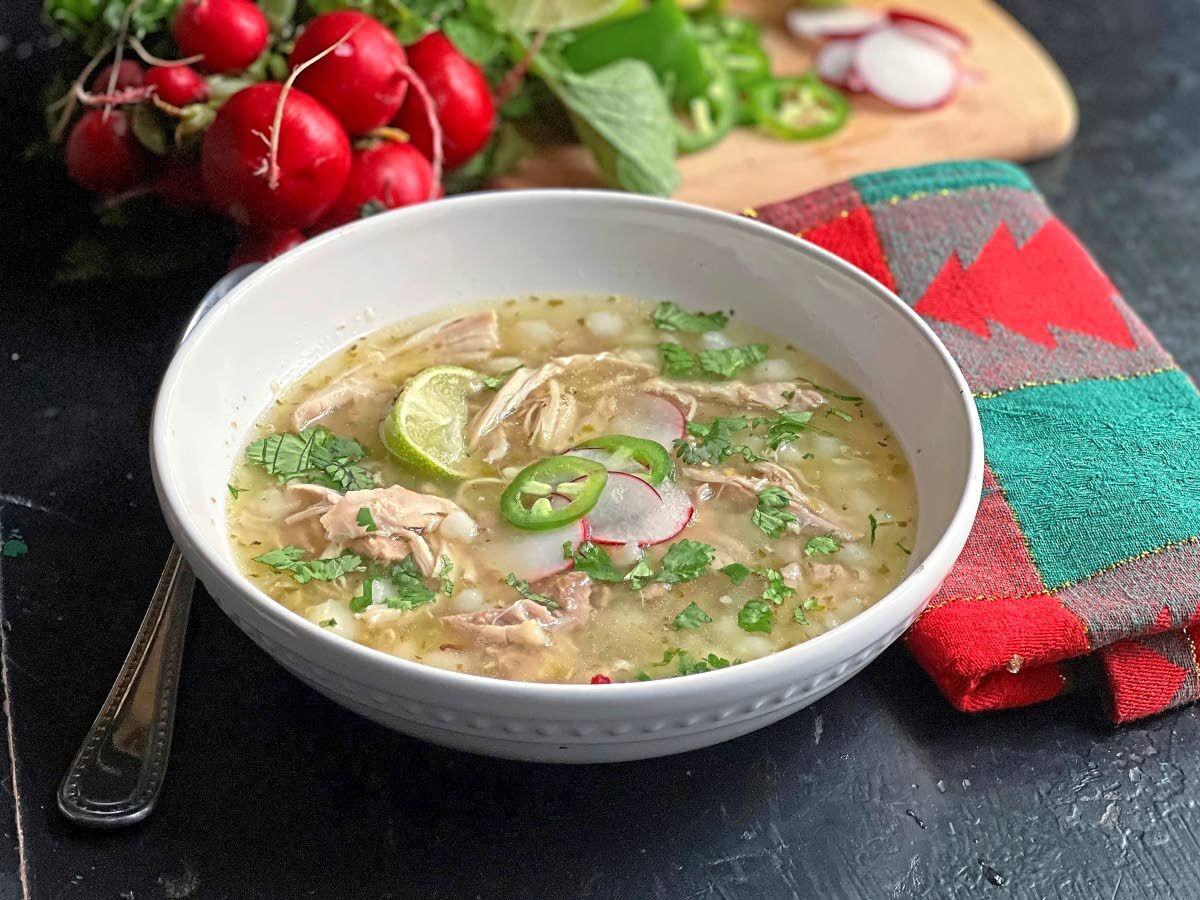 Hot and nourishing, this Easy Chicken Pozole Verde is made with jarred salsa. 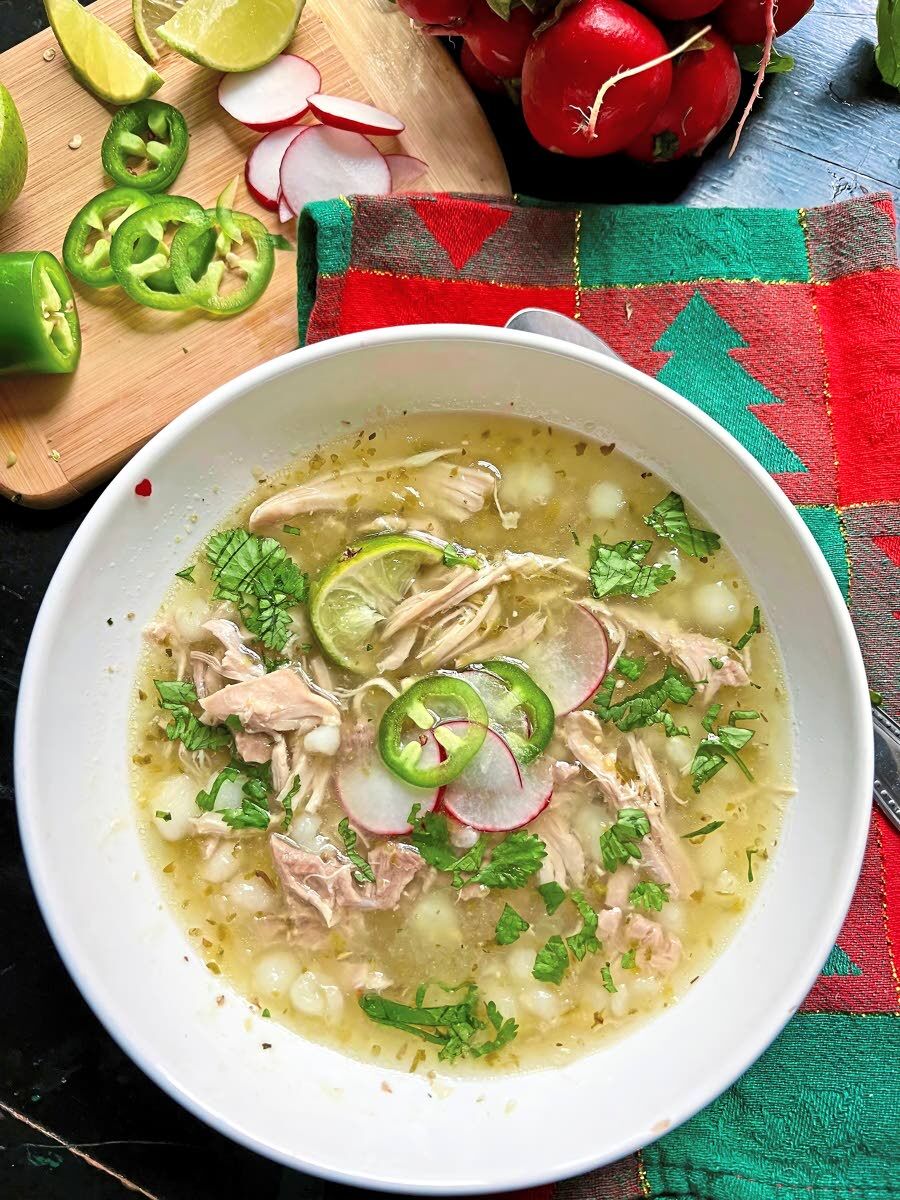 Hot and nourishing, this easy chicken pozole is made with jarred salsa verde.

Hot and nourishing, this Easy Chicken Pozole Verde is made with jarred salsa.

Hot and nourishing, this easy chicken pozole is made with jarred salsa verde.

Soup season is officially upon us, and how better to chase away the sniffles (in your mind, anyway) than with some flavorful chicken soup?

This easy, hominy-based Mexican soup is full of vibrant flavors, thanks to the addition of tangy salsa verde and a generous squeeze of lime. It features chicken thigh simmered in chicken broth flavored with onion, jalapeño and oregano until it’s fall-apart tender. The shredded meat then gets added back into the liquid with the blended vegetables and ready-to-eat canned hominy, a type of corn that has been soaked in an alkali solution to soften the tough outer hulls.

The original recipe from food blogger Isabel Orozco-Moore of Isabeleats.com incorporates fresh tomatillos, but my local grocery had none. So I substituted jarred salsa verde with pretty tasty results.

Sliced radish and jalapeño add bright colors to the soup. You also could crush a handful of tortilla chips on top for a salty finish.

2 jalapeño peppers, seeded and chopped (or keep the seeds if you like it spicy)

In a large pot or Dutch oven, add chicken thighs, onion, jalapeños, chicken broth, water and oregano. Season generously with kosher salt and freshly ground black pepper. Place over high heat and bring to a boil. Reduce heat to simmer and cover partially. Cook for 40 minutes, or until chicken is fall-apart tender.

Transfer chicken to cutting board and shred with a fork. Set aside.

Using a large slotted spoon, place the onions and jalapeños in a large blender. Add a large handful of fresh cilantro, a cup or so of the cooking liquid and puree until completely smooth.

Add the shredded chicken, pureed veggies, jarred salsa and hominy into the large pot. Stir and cook over medium-high heat for 15 minutes uncovered. If the soup is too thick, add a little more chicken broth or water. Season to taste with additional salt and pepper, if needed.