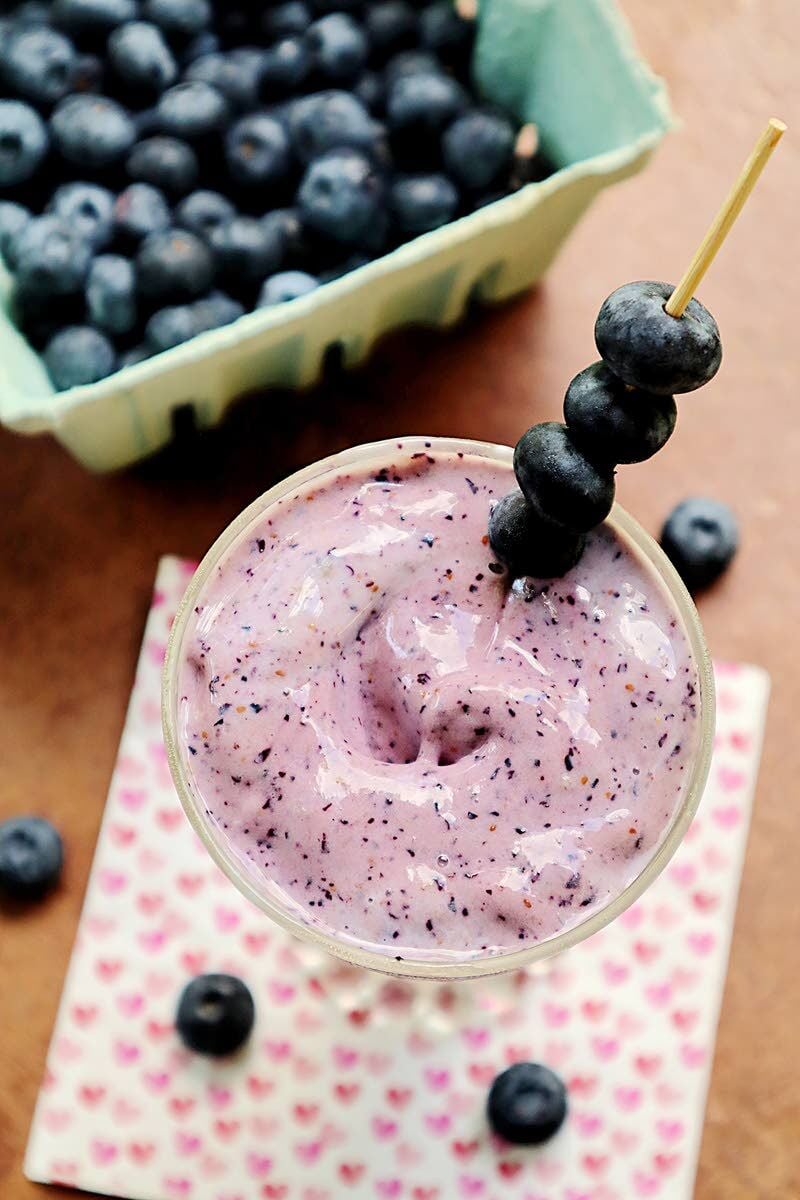 LEFT: Frozen blueberries team up with banana and yogurt to make a refreshing summer smoothie. RIGHT: A handful of blueberries add antioxidants to a summer salad tossed with shredded chicken and peaches in a blueberry jam vinaigrette. 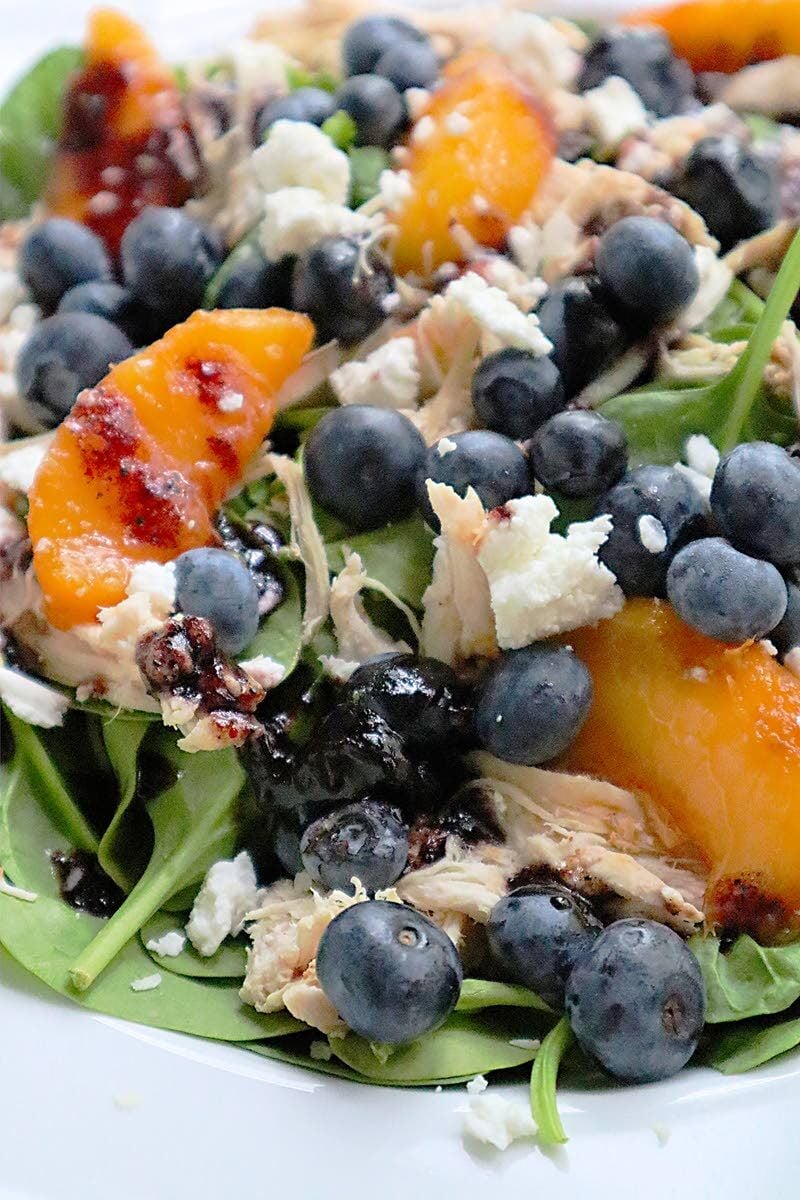 A handful of blueberries add antioxidants to a summer salad tossed with shredded chicken and peaches in a blueberry jam vinaigrette. 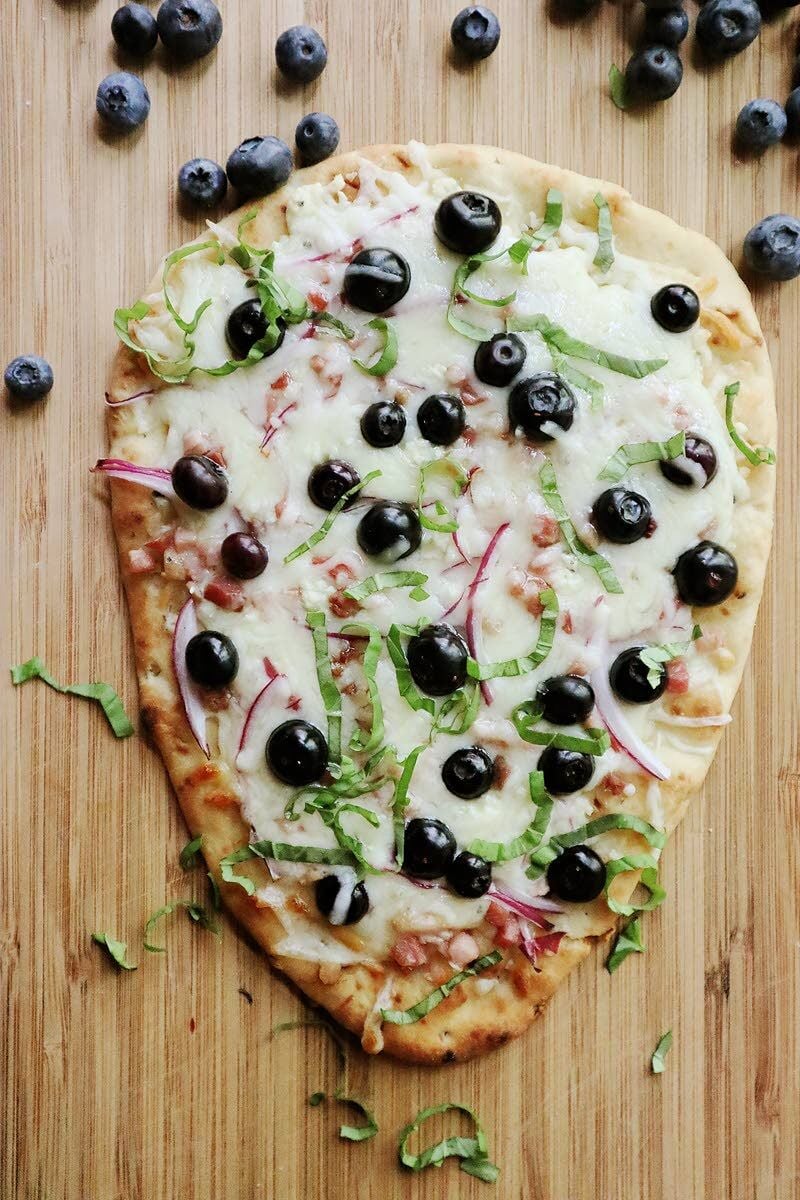 Blueberries add a sweet finish to a savory flatbread topped with mozzarella and gorgonzola cheeses and pancetta. 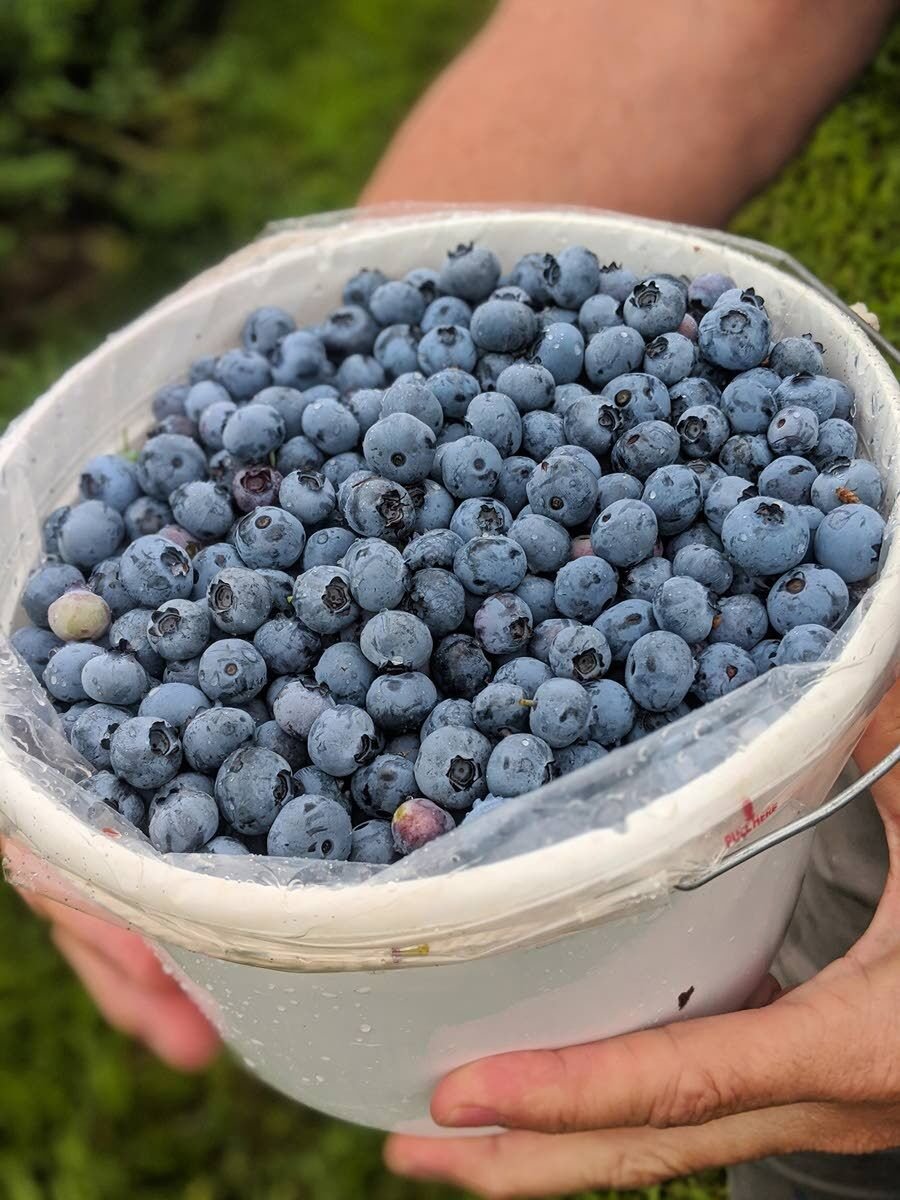 LEFT: Frozen blueberries team up with banana and yogurt to make a refreshing summer smoothie. RIGHT: A handful of blueberries add antioxidants to a summer salad tossed with shredded chicken and peaches in a blueberry jam vinaigrette.

A handful of blueberries add antioxidants to a summer salad tossed with shredded chicken and peaches in a blueberry jam vinaigrette.

Blueberries add a sweet finish to a savory flatbread topped with mozzarella and gorgonzola cheeses and pancetta.

It’s July. Surely there are blueberries on your kitchen counter or inside your fridge just waiting to be turned into something fantastic.

Summer’s favorite fruit is available in spades this time of year. And whether we’re tickling them off bushes in our backyards or piling them into our shopping cart or basket at the market, they can be used so many different ways in so many dishes.

Native to North America, blueberries were first cultivated for sale in 1916. They’ve been insanely popular ever since. Growers in more than a dozen states produced more than 680 million pounds in 2019, up from 518 million in 2017 and 102 million in 1980, according to the USDA.

Washington state is now the nation’s leader, followed closely by Oregon, Georgia, Michigan, California and New Jersey, where the fine, sandy and acidic soil in the Pine Barrens pairs with a hot, humid climate to create perfect berry-growing conditions.

It’s pretty easy to find blueberries year-round at the grocery store, although they might not always be competitively priced (they come from South America in cooler months). But there’s something that just feels, well, special about eating and cooking with berries that have grown nearby and arrive at the market within hours or days of being picked.

Fresh or frozen, juicy and sweet, blueberries pack a nutritious punch. One cup provides 25 percent of your daily Vitamin C requirement and 3.6 grams of fiber — at just 80 calories. Even better, they have one of the highest antioxidant levels of all common fruits and veggies because they’re so rich in polyphenols, a compound that’s thought to protect against various diseases and keep us healthy. Even the American Heart Association is a fan, certifying the blueberries as a “heart-healthy” food.

When buying blueberries, color is a better sign of maturity than size. Those green or barely purple berries don’t ripen once they’re picked, so look for fruit that is deep-purple or purple-black. Definitely avoid berries that have shriveled up or look mushy or soft. While they need to go in the fridge once you get home (they’ll stay fresh for as long as a week, and yes, it’s OK to keep them in their original container), don’t wash them until right before you eat or cook with them. The added moisture will decrease their shelf life.

Because they’re so delicate, blueberries should be dipped into a bowl of water to clean instead of rinsed under the faucet. If you decide to freeze them, make sure they’re completely dry before putting them in a freezer bag or container so they don’t stick together. Or freeze them first on a cookie sheet.

Blueberries can play a starring role in so many recipes, and we’re not just talking sweet, dessert- and breakfast-type dishes like muffins, scones, pancakes, cobblers, pies, cakes, jams and preserves.

Blueberries add punch and a pop of color to veggie and chicken-topped salads and rice bowls, and they make that post-workout smoothie both nutritious and kind to the body because the anthocyanins that make them blue help reduce muscle pain and inflammation. They also can brighten cocktails, be stuffed along with chicken and feta into a wrap, and stand in for chopped vegetables and/or pepperoni or sausage on a cheesy flatbread or pizza.

For such a small fruit, the blueberry is one of summer’s culinary giants.

Blueberries are a great source of fiber and vitamin C. This super-nutritious smoothie is easy enough for kids to make and a cooling pick-me-up after a bike ride or run. Remember to peel the banana before freezing it or you won’t be able to peel it.

To turn the smoothie from a breakfast drink into an adults-only happy hour sip, add 2 ounces of regular or vanilla-flavored vodka.

Combine all ingredients in a large blender or food processor. Blend until smooth.

While it’s good to go green with a leafy salad, a touch of blue never hurts. This summery recipe offers a fresh take on chicken salad. Instead of dressing it in mayo, toss shredded breast meat in a tangy-sweet vinaigrette made with balsamic vinegar, maple syrup and blueberry preserves. Sliced peaches and fresh blueberries add antioxidants and a shot of vitamin C.

The blueberry preserves only take a few minutes to prepare and leftovers can be spread on toast, spooned over ice cream or dolloped on a piece of pound cake.

Make preserves: Mix blueberries, sugar, lemon juice, and cinnamon in a saucepan. Cook, stirring constantly, over medium heat until thickened, about 30 minutes. Set aside to cool

This savory recipe, which combines blue cheese, bacon and onion with blueberries, sounds weird. But, and I can say this with a full stomach, all those divergent flavors come together in one amazing bite. Really.

I used naan as the base, but you could easily substitute homemade or store-bought pizza crust. A handful of arugula could also stand in for the basil.

Leaving a 1-inch border, divide half the mozzarella, Gorgonzola, pancetta and red onion between the two flatbreads. Bake until crust is golden brown, 12-14 minutes.

Sprinkle blueberries and remaining mozzarella over pizza. Bake until cheese is melted and crust is golden brown, about 2 minutes longer. Remove flatbreads from oven; top with basil and pepper. Serve hot.