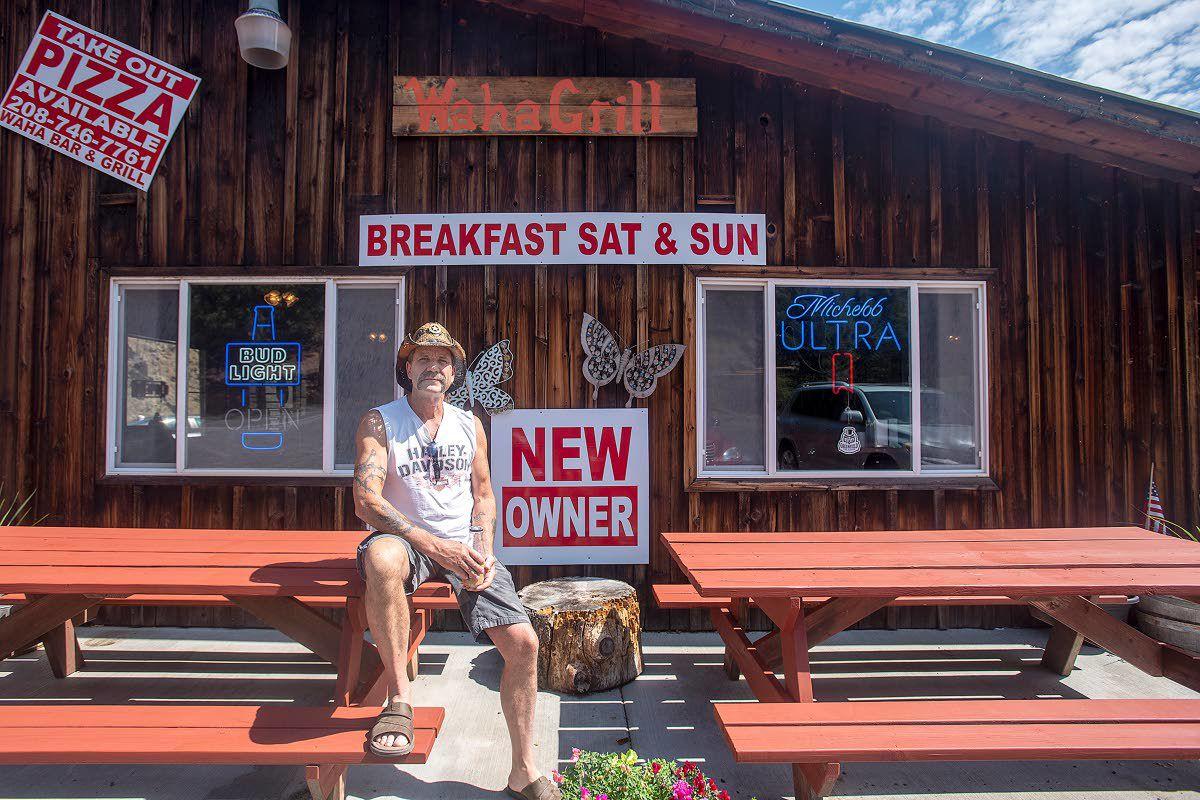 Cory James Wilkinson, the new owner of the Waha Bar and Grill, sits on a table outside his business. 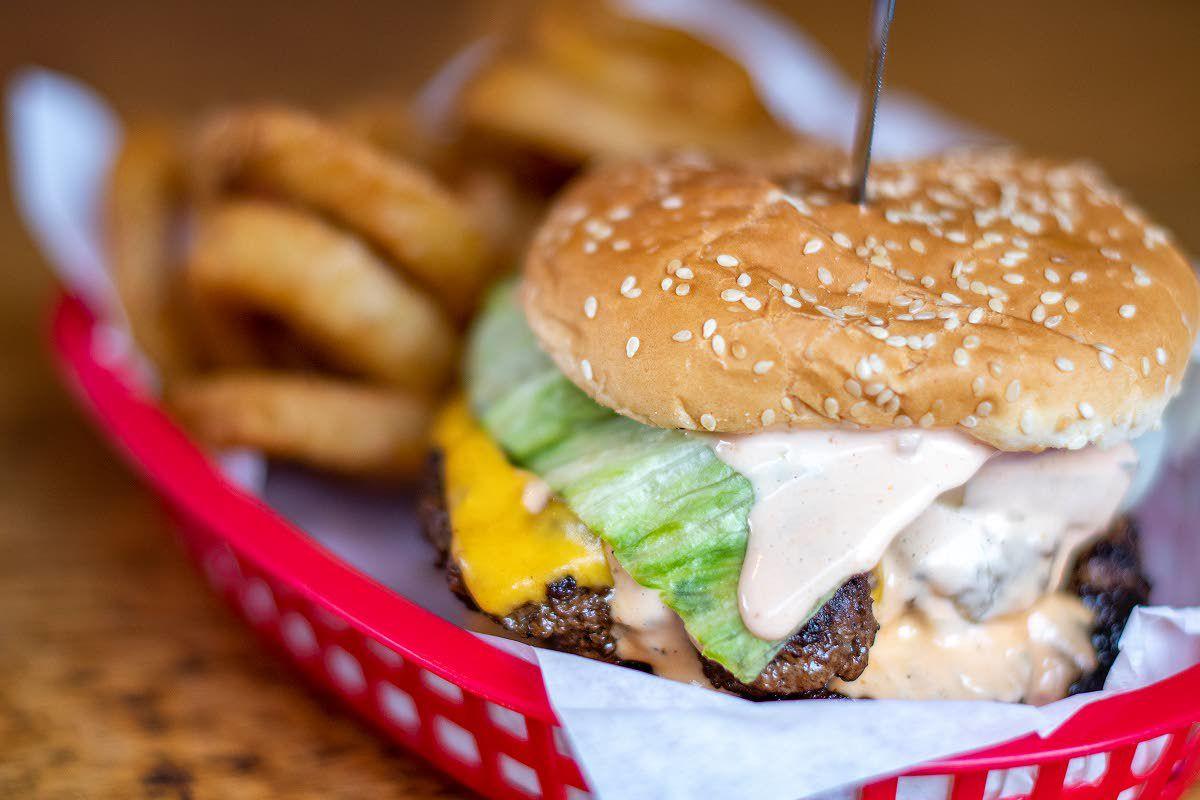 A signature house sauce oozes from the sides of the Waha Burger, one of the most popular dishes at the Waha Bar and Grill. 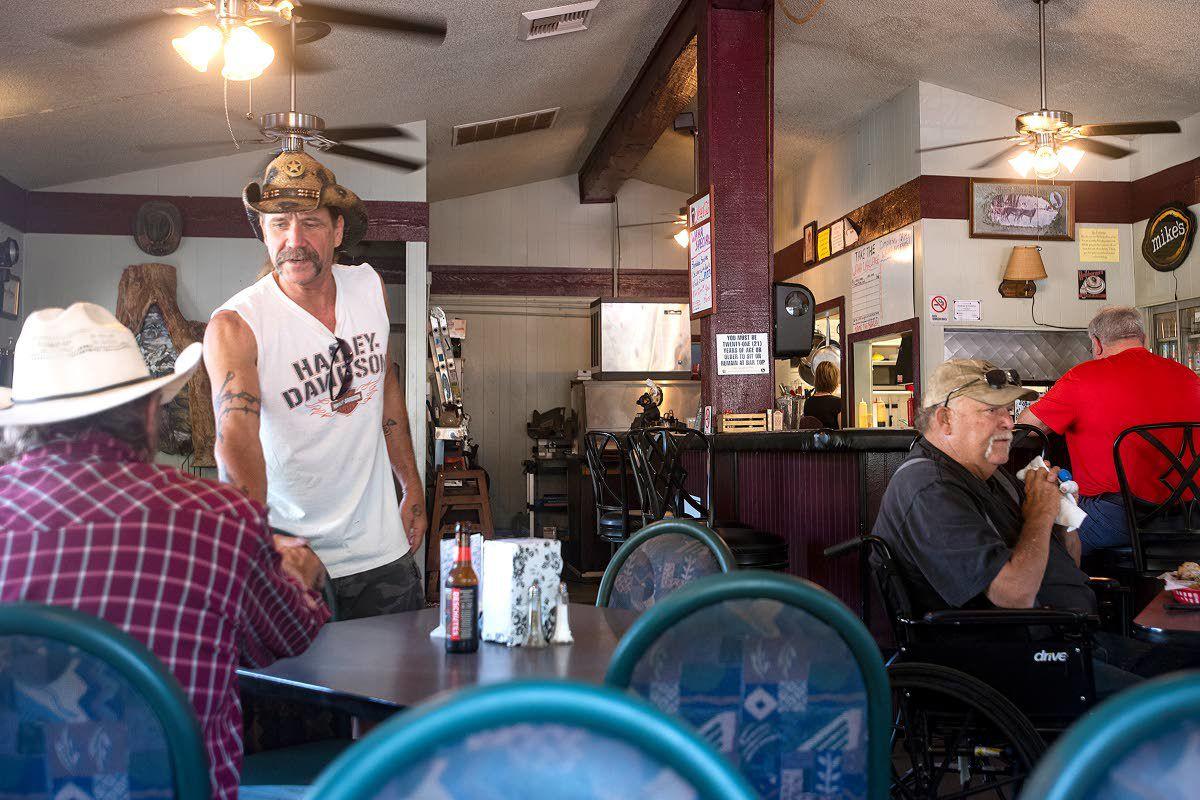 Cory “James” Wilkinson, the new owner of the Waha Bar and Grill, greets a diner at his restaurant.

Cory James Wilkinson, the new owner of the Waha Bar and Grill, sits on a table outside his business.

A signature house sauce oozes from the sides of the Waha Burger, one of the most popular dishes at the Waha Bar and Grill.

Cory “James” Wilkinson, the new owner of the Waha Bar and Grill, greets a diner at his restaurant.

He tells them they’ll probably need to wash their hands when they finish, unless they use a knife and fork. The one-pound “messy zesty” Waha burger ($15.95) comes smothered in a house sauce.

It’s one of the many dishes the Waha Bar and Grill has been serving since Wilkinson acquired the business from Michael and Marianna Fuller this year. The Fullers had owned it for about 10 years.

Wilkinson said he places an emphasis on friendly service and generous portions of familiar foods for breakfast, lunch and dinner.

“I love everyone,” he said. “I don’t give a care where they’re at in life. They all hunger, and they all thirst. God says ‘Serve them.’ ”

In addition to burgers, other choices include bite-size steak ($19.95) and pizzas that are made in-house (starting at $12.95). Breakfast features combinations of eggs, French toast, bacon, hash browns, sausage and pancakes ($7.95 to $12.95).

“There’s nothing fancy about our breakfast, but you aren’t going to walk away hungry,” Wilkinson said.

The food is prepared by Andrew Price and Kenny Harris, who previously worked at Ernie’s Steakhouse and Clarkston Golf and Country Club.

In addition to revamping the menu, Wilkinson completed a number of restaurant upgrades and has other projects in the works.

The entire building was renovated, and the dining area was expanded to hold 120 people, split equally between inside and outside areas. He’s converting two living areas on the premises into Airbnb accommodations and adding a tent campground. When hunting season starts, he’ll open even earlier for breakfast and sell sack lunches.

“It’s country,” Wilkinson said. “You get to be out in the woods.”

Live music will soon be a fixture. He began his career in Nashville writing songs for country artists, plays guitar and is a drum instructor.

Wilkinson, who flips houses for a living, brings decades of experience as a business owner to his latest venture. Initially, he thought he would renovate the Waha Bar and Grill then put it back on the market, but he changed his plan because of support from area residents.

He also operates the Northwest Business Exchange, a cooperative that uses group buying power to get deals on goods and services businesses use, such as software and office supplies.

While running a restaurant is different from the work he has done in the past, Wilkinson said he’s enjoying the hospitality industry.

“It’s the networking and meeting people,” he said. “It’s that interaction.”

Williams may be contacted at ewilliam@lmtribune.com.