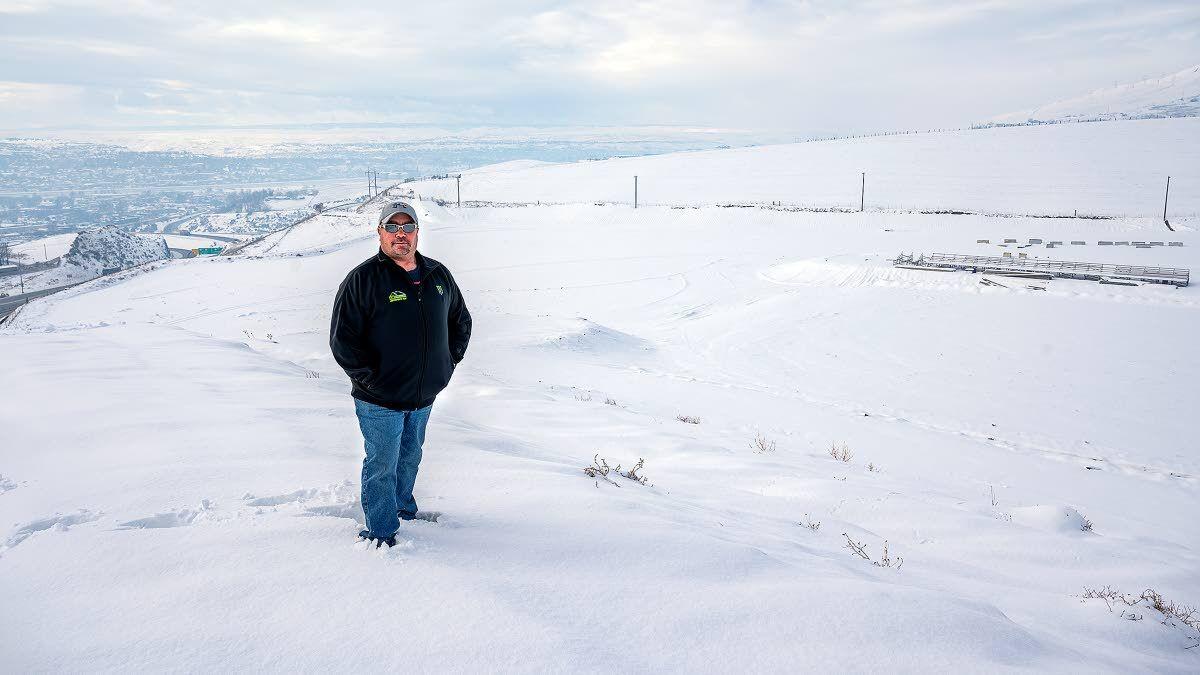 Eric Christiansen, owner of EC Enterprises Motorsports Park, stands on the top level of the tiered grandstand looking over the Freedom Northwest Arena — the centerpiece of his new motorsports park — last week in Lewiston. For the past year, Christiansen has been converting the area just west of the Lewiston Grade into a motorsports track and is just about ready to open it up for competition. 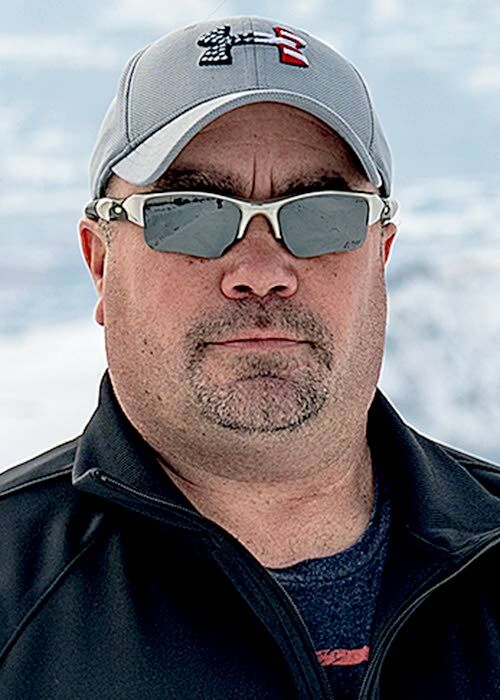 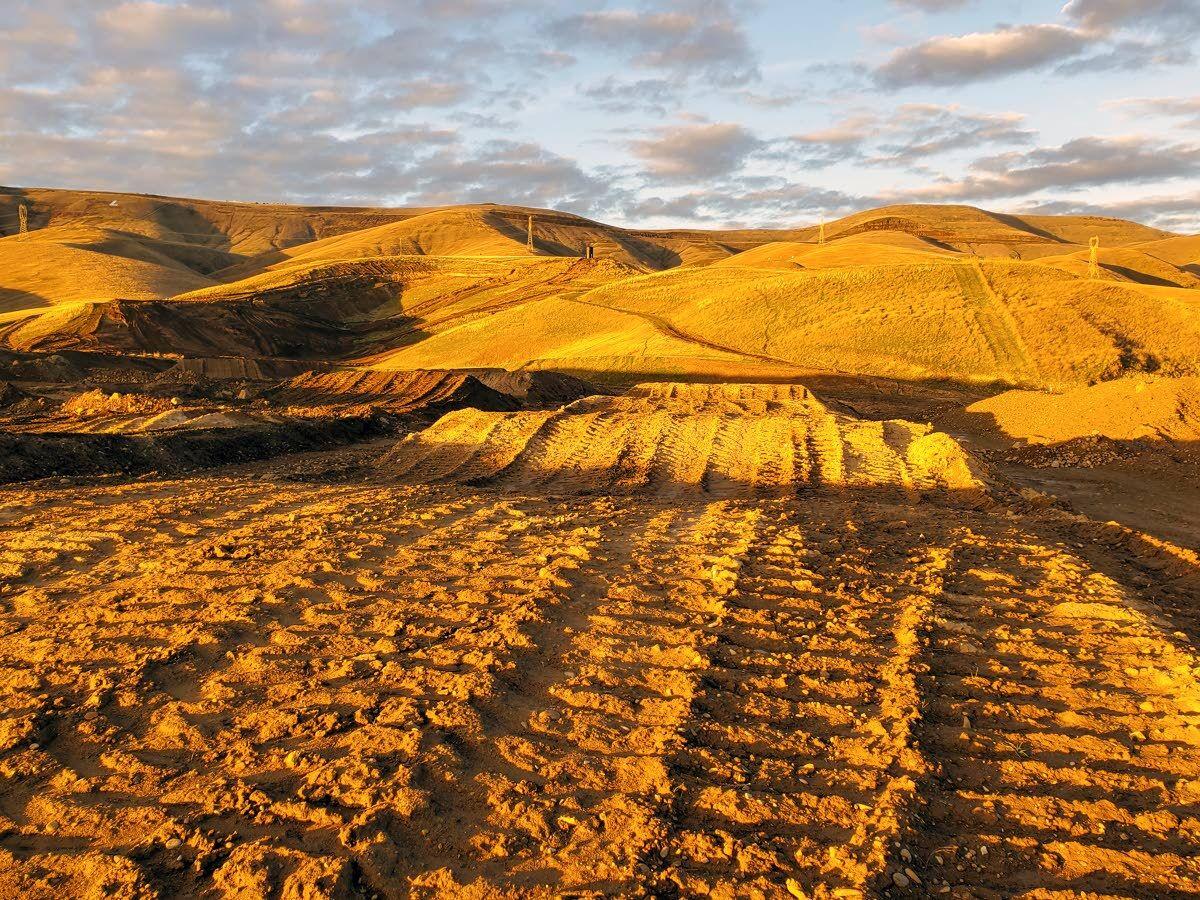 In this photo taken on Jan. 14, a setting sun illuminates the contours of the motocross course at the EC Enterprises Motorsports Park in Lewiston. 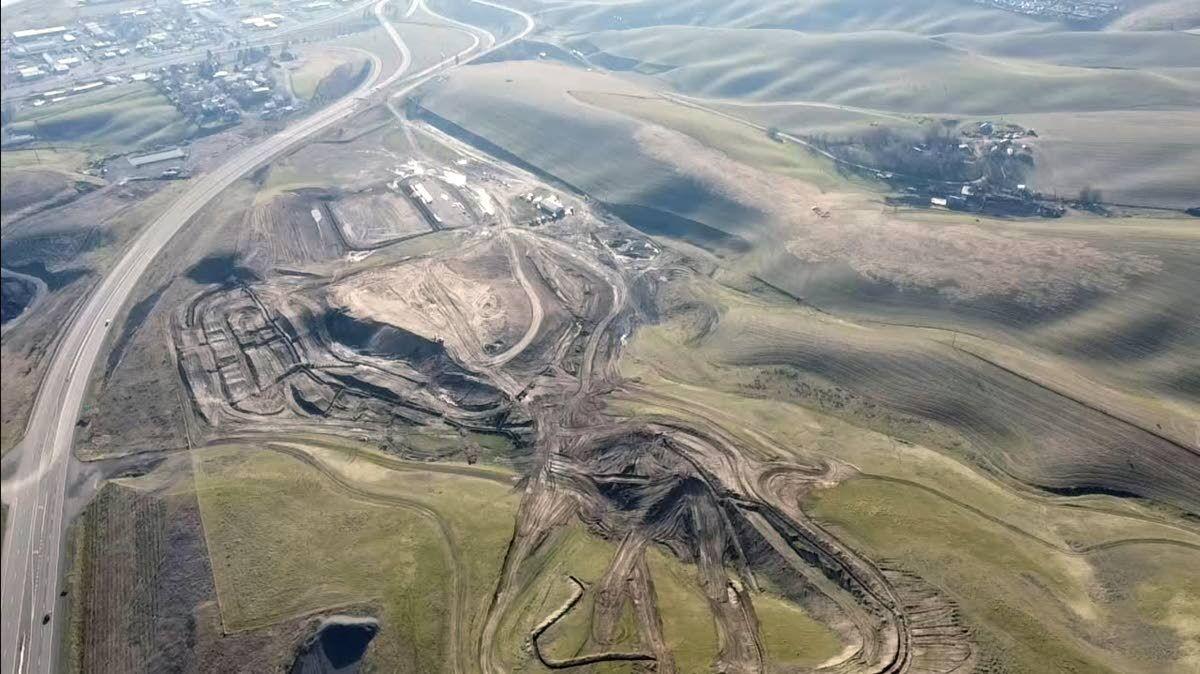 The EC Enterprises Motorsports Park is seen from a drone just to the west of U.S. Highway 95 on the Lewiston Grade.

Eric Christiansen, owner of EC Enterprises Motorsports Park, stands on the top level of the tiered grandstand looking over the Freedom Northwest Arena — the centerpiece of his new motorsports park — last week in Lewiston. For the past year, Christiansen has been converting the area just west of the Lewiston Grade into a motorsports track and is just about ready to open it up for competition.

In this photo taken on Jan. 14, a setting sun illuminates the contours of the motocross course at the EC Enterprises Motorsports Park in Lewiston.

The EC Enterprises Motorsports Park is seen from a drone just to the west of U.S. Highway 95 on the Lewiston Grade.

Not long after Eric Christiansen began working on his new motorsports park in North Lewiston, he realized he had to keep the gate locked when he was on the premises.

It’s not that he doesn’t trust people. Businesses and motorsports enthusiasts in north central Idaho and southeastern Washington have made his events profitable, buying sponsorships and tickets since he became a promoter in 2006.

But there were so many well-meaning people checking on the project, they were delaying his progress.

It’s not just locals who are interested in EC Enterprises Motorsports Park. He’s getting dozens of calls a month from people as far away as Utah who want to attend or compete in contests at the venue.

They don’t have much longer to wait. It’s scheduled to debut a week from today, and he believes it will attract about 30,000 people a year. It features a 60,000-square-foot arena, which is about double the size of the 36,000-square-foot Lewiston Roundup Grounds arena.

Bleachers with capacity for 3,000 people are being built on the west side of the arena. Terraces carved into a hillside on the east have room for another 1,500 audience members who can stand or bring their own lawn chairs. A 1.3 mile loop for motocross races will begin near the arena.

On weekends when he isn’t hosting events, families will be allowed to use that track as well as a smaller one for children.

“It overlooks the valley, which is pretty awesome,” Christiansen said. “Basically the sky is kind of the limit. Anything you can dream up, you can do there.”

This year, he wants to start modestly so he can learn the facility as he goes, finishing the stands and the motocross track.

The first event is a Grand Prix motorcycle race that will start at 11 a.m. Teams of two will compete in the relay-style race, taking turns traversing a 5-mile course that goes through ravines, wheat fields that haven’t yet been planted and the arena. At the end of three hours, the team that has the most laps will be named the winner.

He’ll also host supercross motorcycle races, demolition derbies and something he’s calling “horsepower versus horsepower” in the arena. The latter pits horses against motorcycles in a barrel-racing style event that’s been held in other areas.

The horses and motorcycles can be in the arena at the same time because barrel racing horses are trained to tune out the extraneous noise, Christiansen said.

“It’s funny because my motorcycle buddies think it’s a joke,” he said. “They’ve done it in other places and the horses are a lot faster than what you think.”

As ideal as Christiansen believes the park will be, constructing it wasn’t his first choice. The facility is a way for him to continue his business after a disagreement with the Lewiston Roundup Board.

The dispute, which is in litigation, ended his access to the rodeo grounds where he previously held many of his events.

Overcoming challenges is familiar territory for Christiansen, who has weathered numerous crises. Two days before he graduated from Lewiston High School, his dad died in a car accident. Rather than move to southern Idaho with a friend to attend automotive technician school, he convinced his supervisor at Best, a department store that used to be in North Lewiston, to shift him from part-time to full-time work.

“It’s a terrible thing to go through, but at the same time, it kind of molded who you are,” Christiansen said. “It could have gone completely the wrong way, but it didn’t. It taught me to be responsible, good with money.”

He raced motorcycles on the side, earning a living working at car dealerships in their service departments.

A few years later, when he was a top rider in the northern Idaho circuit and poised to become a full-time professional motorcycle racer, he wrecked during a race. The accident broke both his legs, a hip, his pelvis and his shoulder. Once again, he refocused and put most of his energy into work.

While his aspirations as a professional racer have fallen short, his ties to the sport helped him become a promoter, with encouragement from Ryan Rogers, an owner of Rogers Motors.

Rogers suggested he organize a supercross motorcycle race when Christiansen was a service manager at Guy’s Outdoor Motorsports and Marine in Lewiston. Lacking experience, they each wrote down a list of what needed to be done and how much they believed it would cost, with the estimates turning out to be pretty close to the actual expenses, Christiansen said.

He found sponsors, including Rogers Motors, and turned a profit on his first supercross.

Then came the recession in 2007, and Christiansen lost his job as a manager of a used car, recreational vehicle, four-wheeler, snowmobile and boat store, which thrived right up until the economy tanked.

“You couldn’t just get laid off and find another job, because a whole bunch of people were getting laid off,” he said.

An owner of a motorcycle store suggested he go full time with promoting, telling Christiansen how impressed he was with how smoothly his events went, staying on schedule and making sign-ups easy for contestants.

Christiansen took the advice. One of his first events was a cage fight, something he tried after attending a few and thinking he could make some upgrades and attract a bigger crowd.

Just the accident insurance for the 20 fighters was four figures, but 2,500 people packed the fairgrounds, the men ogling models he hired from a Coeur d’Alene agency to be ring girls.

“Even in a down time, people want to be entertained,” Christiansen said. “They want to get their mind off our country’s troubles and their own troubles, even if it’s only for a couple hours.”

Since then, he’s gained more expertise and used that knowledge in developing his new motorsports park. Part of his approach involves doing as much of the work as he can himself, with help with family and friends, to keep expenses down.

He learned how to weld plastic so he could connect 8,000 feet of pipe for a water system that will abate dust and keep the arena floor a not-too-dry, not-too-wet surface competitors refer to as chocolate cake.

He’s hoping his attention to detail at the park and his reputation for caring as much about contestants as he does spectators will make the venue a success.

“It’s really a cool accomplishment,” Christiansen said. “It’s pretty neat to see it all come together.”

Tickets: $10; 5 years old and younger are free. The event will have limited visibility for spectators.

Career history: Has held a number of positions primarily at car dealerships, including Chipman-Taylor and Rogers Motors. He started washing cars on the lot, then was promoted to other jobs such as service adviser, service manager and general manager.

Company history: EC Enterprises LLC started in 2006 with one event. The company has promoted more than 80 events since then, with 12 more scheduled in 2021.