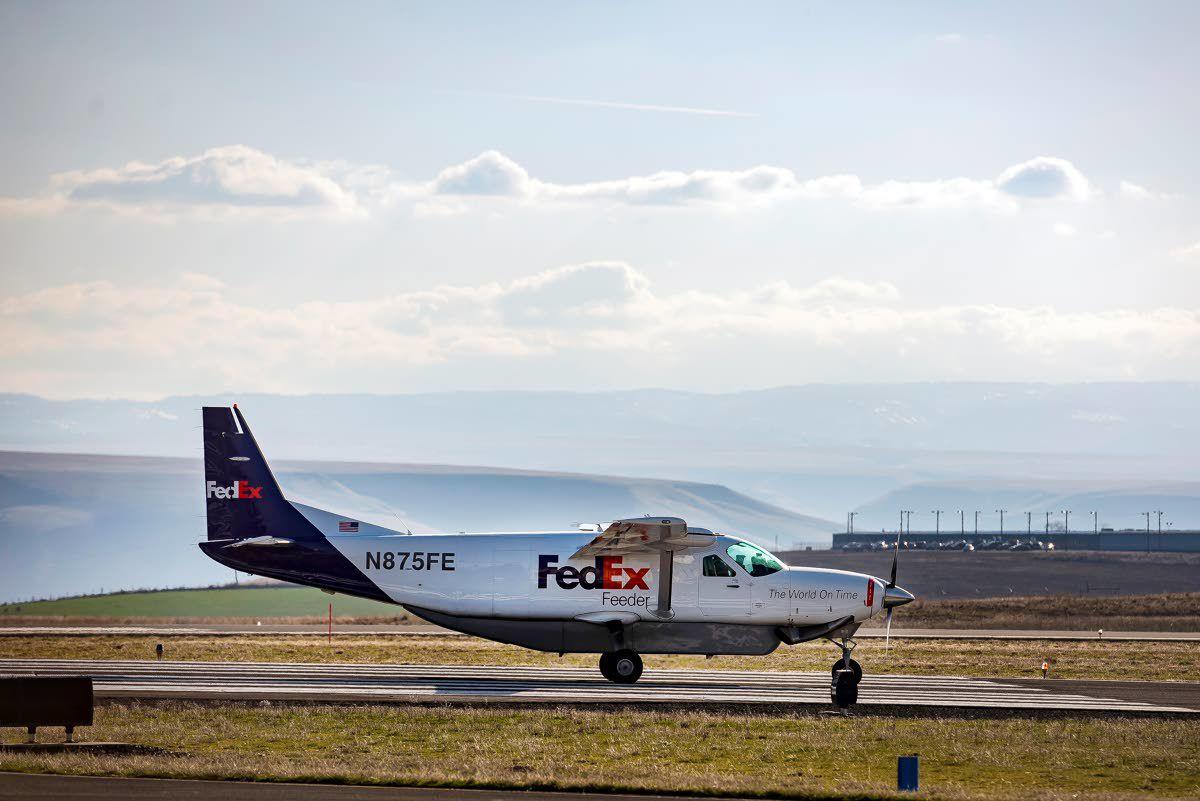 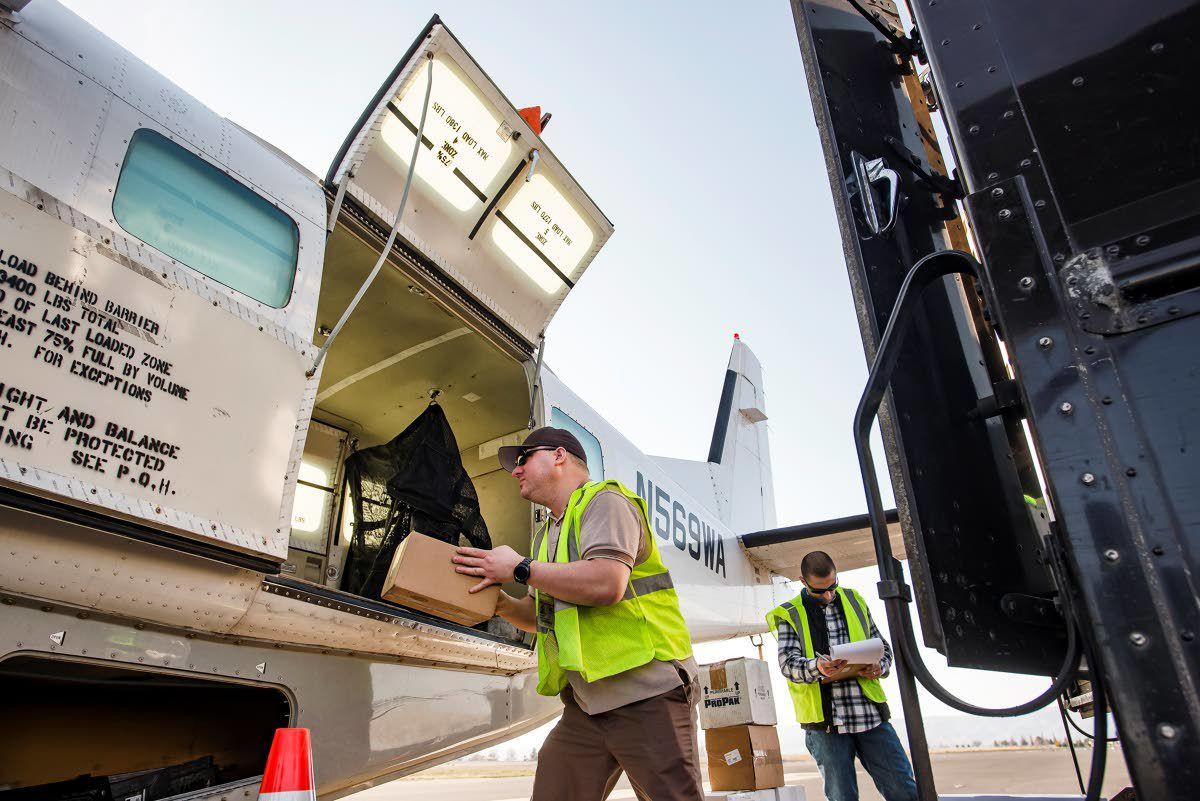 UPS clerk Grant Van Brunt, of Lewiston, loads the day’s UPS packages onto a plane at Lewiston-Nez Perce County Regional Airport. UPS is one of the regular users of the airport’s secondary runway. 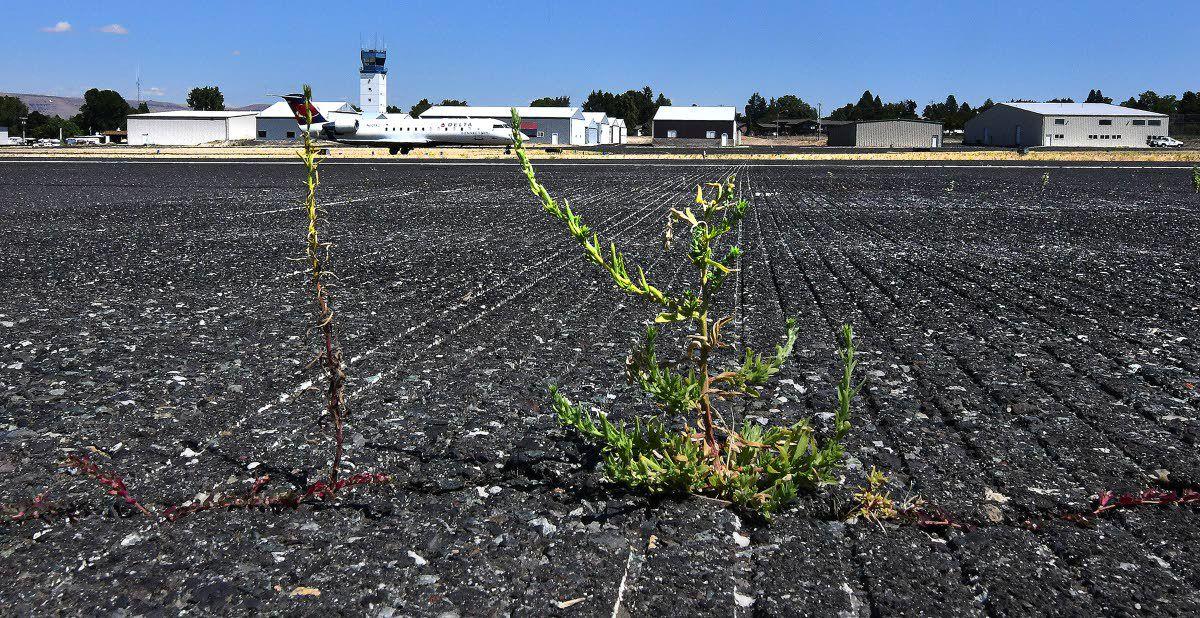 At random spots all along the secondary runway at the Lewiston-Nez Perce County Regional Airport, a crop of weeds pokes out of the grooved asphalt surface, where long cracks run as wide as three inches.

UPS clerk Grant Van Brunt, of Lewiston, loads the day’s UPS packages onto a plane at Lewiston-Nez Perce County Regional Airport. UPS is one of the regular users of the airport’s secondary runway.

At random spots all along the secondary runway at the Lewiston-Nez Perce County Regional Airport, a crop of weeds pokes out of the grooved asphalt surface, where long cracks run as wide as three inches.

A $7 million reconstruction of one of two runways at the Lewiston-Nez Perce County Regional Airport is poised to start Monday at a time when the coronavirus pandemic has brought many ordinary activities in the area to a halt.

“We’re being safe, but we’re getting work done too,” said airport authority board chairman Gary Peters. “It’s full steam ahead.”

All but $175,000 of the project is being paid for with Federal Aviation Administration money obtained by airport officials, who had been worried they might have to permanently close the runway.

The runway’s surface has deteriorated so much that it was rated as poor, one category above failure, which requires closure.

The upgrade is being completed on what is considered the airport’s secondary runway because it is shorter than the primary runway where SkyWest, Lewiston’s only commercial passenger service, lands.

Even though the secondary runway is 34 years old, it serves an important purpose. The majority of the planes arriving and departing from the airport use it, including ones carrying packages for FedEx and United Parcel Service.

The upgrade includes replacing the runway’s base, adding taxiway lighting and eliminating large cracks and holes.

The runway will be shortened by 250 feet to 4,750 feet to eliminate an overlap of its safety zone with the safety zone of the longer runway. It’s being narrowed by 25 feet to 75 feet because that’s the biggest width the FAA would permit for a runway not used by commercial passenger planes.

“The runway construction project underscores our commitment to providing the highest quality of services for our general and corporate aviation customers,” said Airport Manager Michael Isaacs in a prepared statement.

All planes that normally use the airport will be allowed to arrive and depart during the project, which is expected to be finished by June. Air traffic will be shifted to the primary runway as work is being done on the secondary runway.

As the airport improves its infrastructure, it is expanding services for passengers and tenants.

Shooting Star plans to sell gifts and refreshments at the airport terminal in June, assuming coronavirus restrictions have been lifted.

The business will be open for 90 minutes before every departure and 90 minutes after each arrival serving coffee, croissants and snacks near the passenger arrival area and in the waiting room behind security.

The cost of the lease is based on the gross revenue of the business, which is owned by Eric Demattos, a Clarkston artist who has been commuting to Columbia Basin Community College in the Tri-Cities, where he teaches classes.

His store will carry his photographs and paintings.

“I really love the landscape around here,” Demattos said. “I’m hoping I can showcase that at the airport.”

Another business, I-Wash Aircraft Detailing, will serve owners of private aircraft. The venture will get three months of free rent in the structure the airport used for maintenance before that function started being housed with administration and firefighting in a new building.

The rate will increase over three years, topping out at $750 a month plus 15 percent of gross sales.

The owner, Cory Krolfifer, hopes to provide a high-quality service at a price significantly lower than the going rate.

He expects owners of private and corporate planes from other cities will fly to Lewiston to patronize I-Wash, increasing demand for fuel and other products at the airport.

“We’re super excited to be at the airport and bring business in,” Krolfifer said.