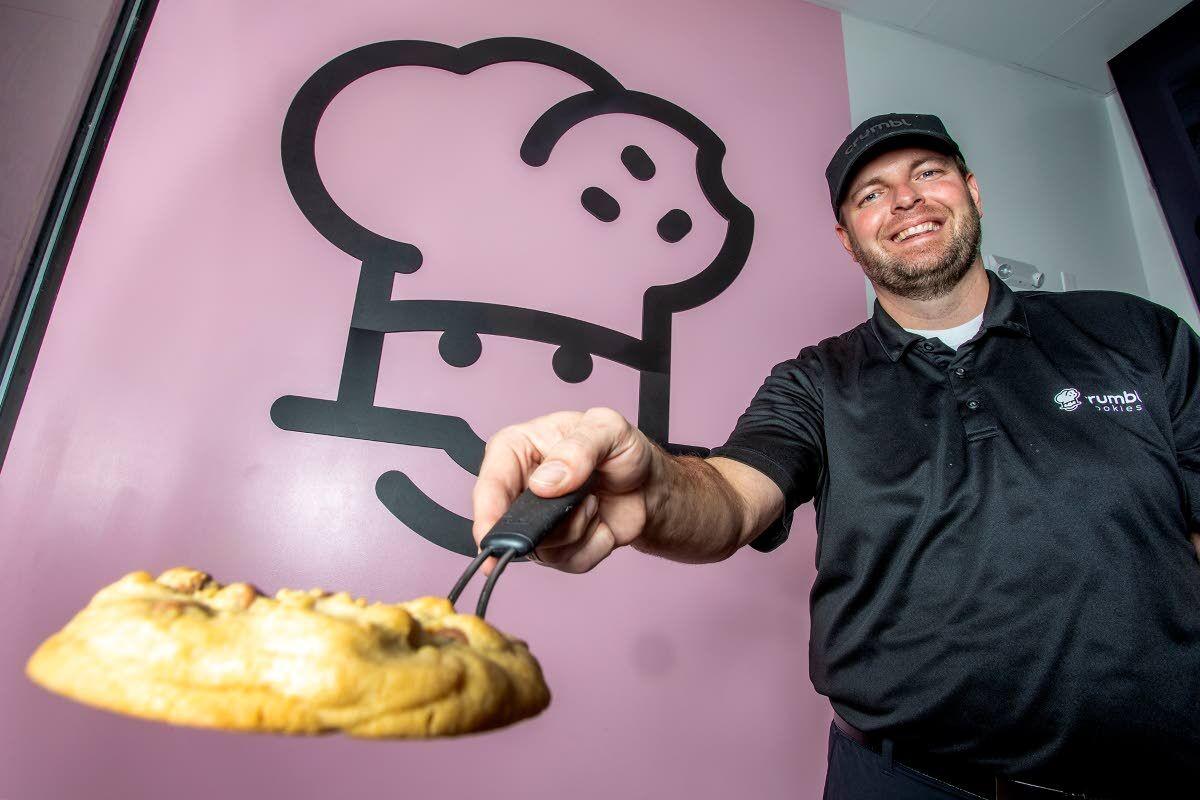 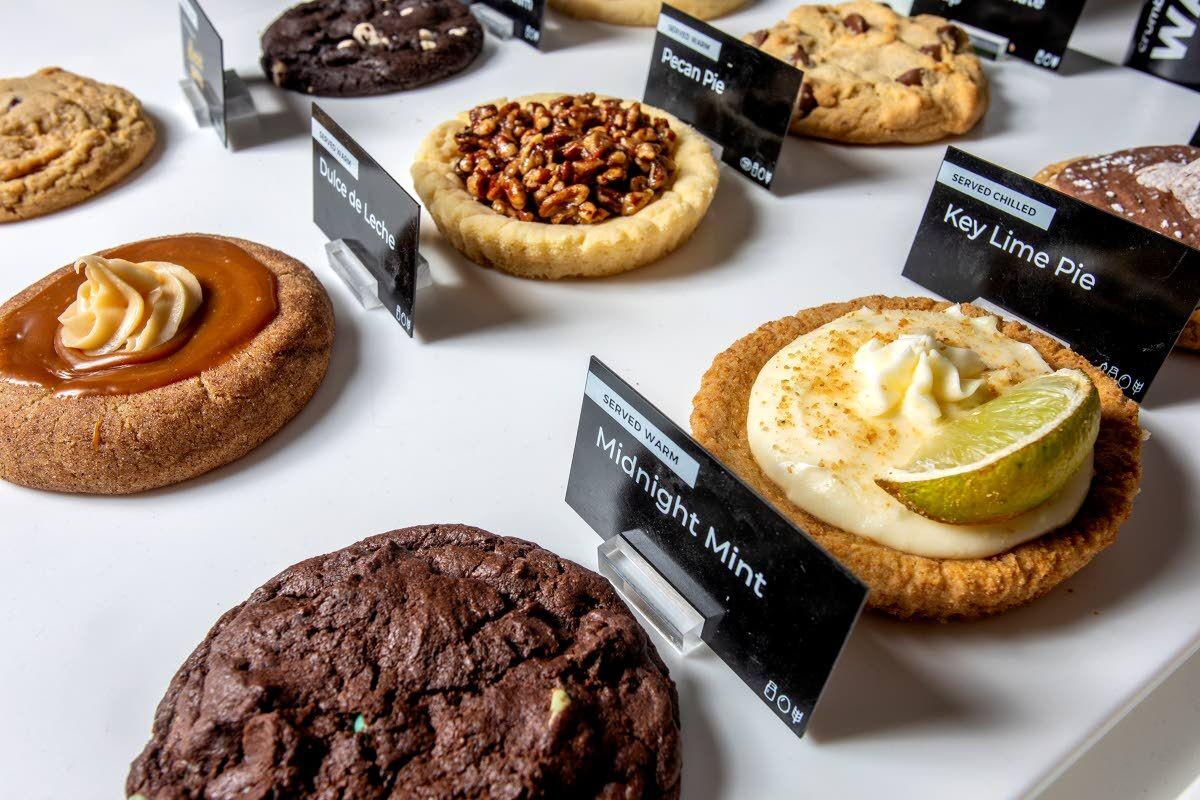 Cookies ranging from the classic chocolate chip to more uncommon pecan pie and Dulce de Leche are on display so customers can see what their cookies will look like. 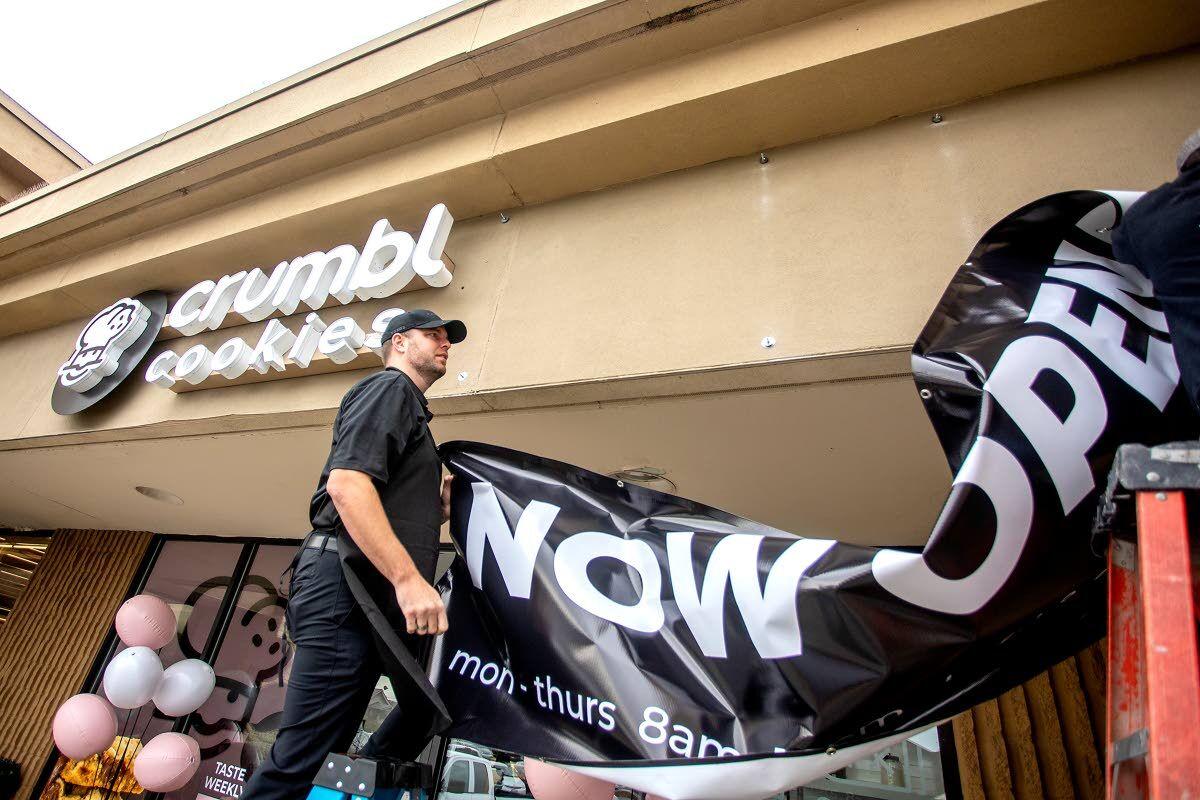 Nathan Fielding helps put up a banner Tuesday announcing that Crumbl Cookies is open in Clarkston. 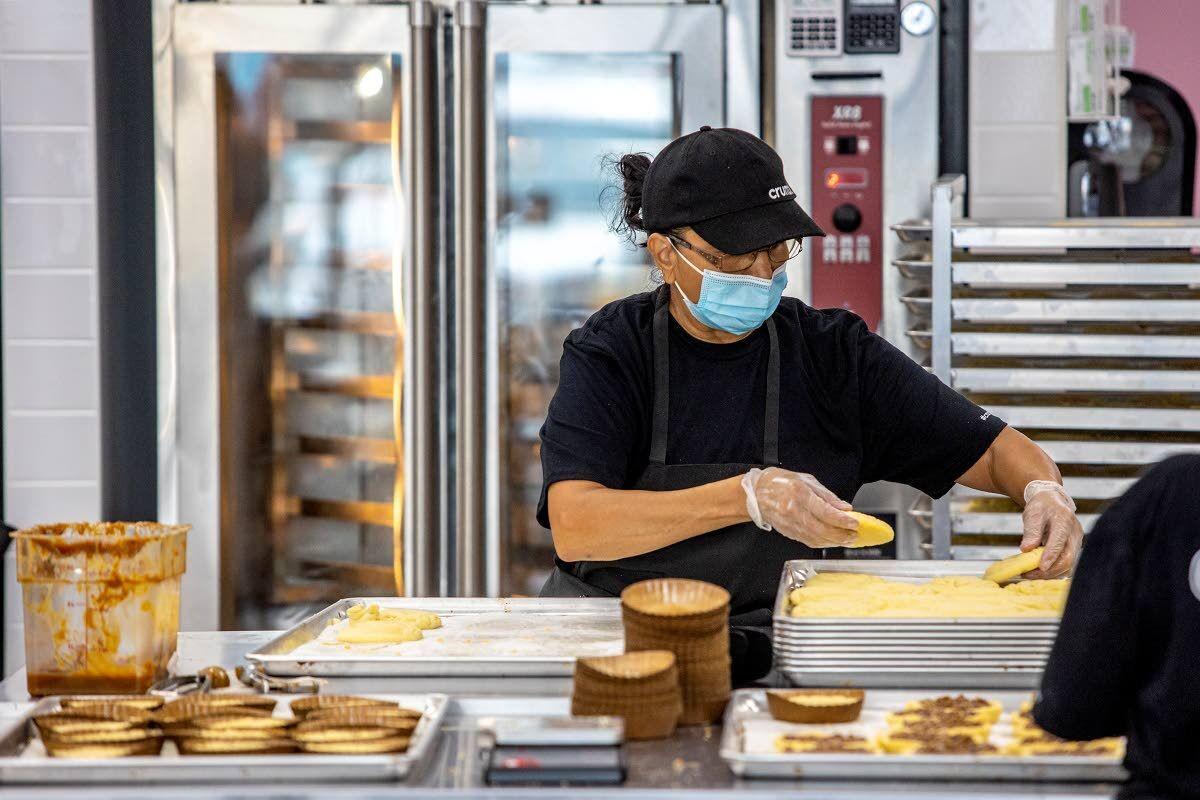 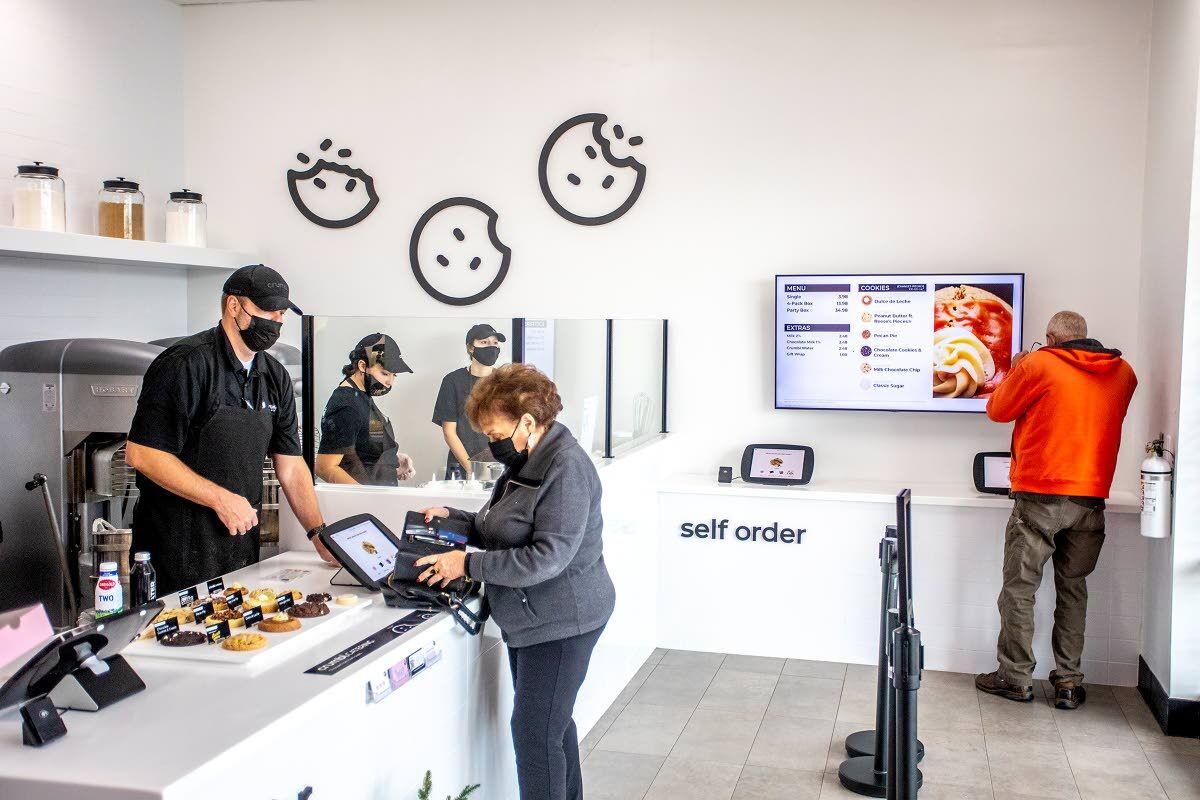 Cookies ranging from the classic chocolate chip to more uncommon pecan pie and Dulce de Leche are on display so customers can see what their cookies will look like.

Nathan Fielding helps put up a banner Tuesday announcing that Crumbl Cookies is open in Clarkston.

The multilayered treat was one of six varieties of 5-inch diameter cookies at Crumbl, which opened in the first week of November.

Milk Chocolate Chip and Classic Sugar, which features cream cheese frosting, are always on the menu. The Dulce de Leche was among four flavors that change each week, with those varieties normally not appearing again for six months to a year, said Nathan Fielding, the franchisee for Clarkston’s Crumbl, located at 440 Bridge St. next door to Albertsons.

“The menu isn’t released to the public until 5 p.m. every Sunday night through social media posting,” he said. “It makes it fun to see what new cookies will be on the lineup each week.”

All of the cookies are made from scratch on site, starting in giant mixers just behind the counter. Most kinds are served within one or two minutes after they’re finished baking in the oven. A few, including Classic Sugar, are served chilled.

The cookies cost $3.98 apiece, with discounts for boxes of four or one dozen.

Some customers, Fielding acknowledged, have been a little skeptical about the price, and have said they will cut one cookie to share, only to eat the whole thing themselves.

“Once you experience how big they are and you taste them, that (hesitancy) fades away,” he said.

The only items that Clarkston’s Crumbl sell besides cookies are three beverages: 2 percent milk, 1 percent chocolate milk and water.

“We want all of our focus to be on the quality production of cookies,” Fielding said.

The approach is going over well in Clarkston. The location sold more than 15,000 cookies in the first three days it was open.

Even though there was a high volume of customers, usually the longest anyone had to wait was about 15 minutes, something he credits to the work ethic of his crew of more than 50 employees.

He was ready for the instant popularity because of the extensive market research he did while lobbying Crumbl to let him open in Clarkston, even though the chain is focusing its growth in larger communities right now.

Fielding identified Clarkston as a potential location for Crumbl during the 15 years he worked in restaurant management in Boise, making frequent business trips to Coeur d’Alene.

He convinced Crumbl that the business would fill a void in the Lewiston-Clarkston Valley, which doesn’t have a lot of stand-alone bakeries or many places that sell prepared food of any kind late at night.

Crumbl is open from 8 a.m. to 10 p.m. Monday through Thursday and 8 a.m. to midnight Friday and Saturday. Delivery is offered through an online app and prices vary depending on how far the delivery driver must travel.

It’s likely, Fielding said, customers will order Crumbl cookies in the evenings when they are watching movies and don’t want to leave the house.