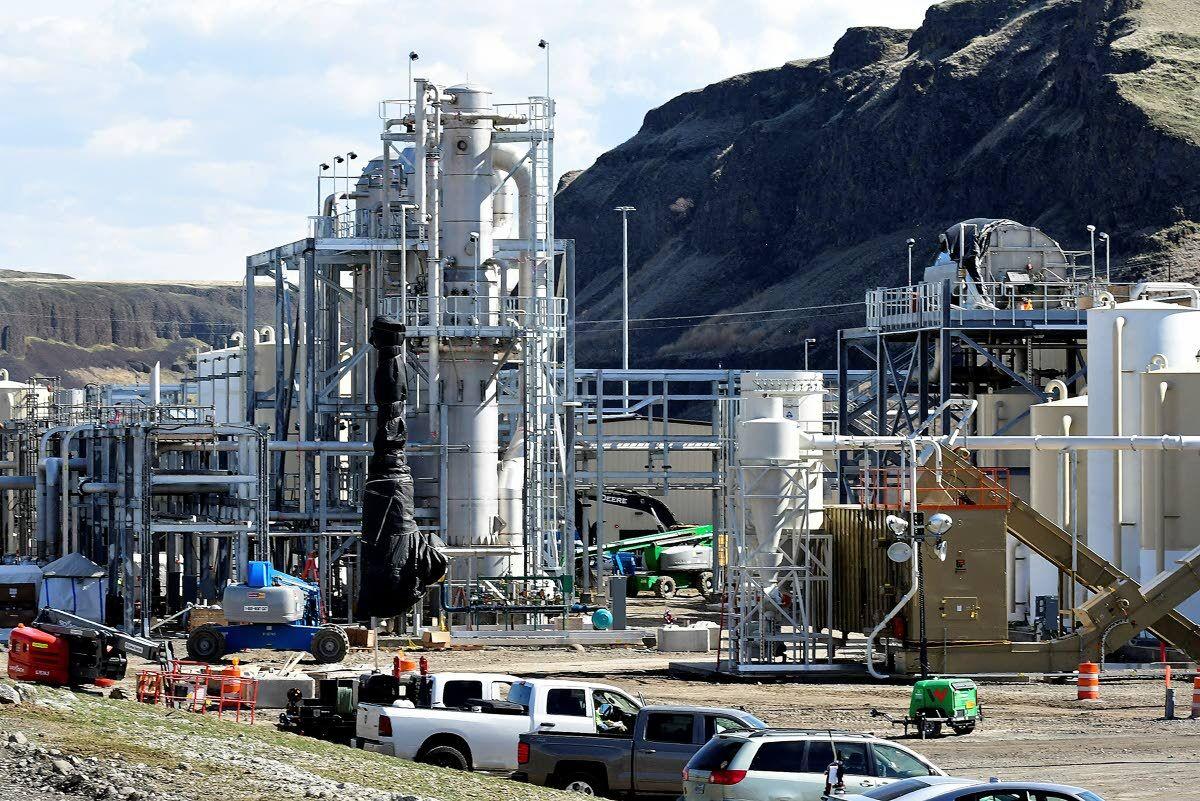 Crews work on the Columbia Pulp plant at Lyons Ferry in this 2019 photo. The factory is again online after a pandemic-related closure. 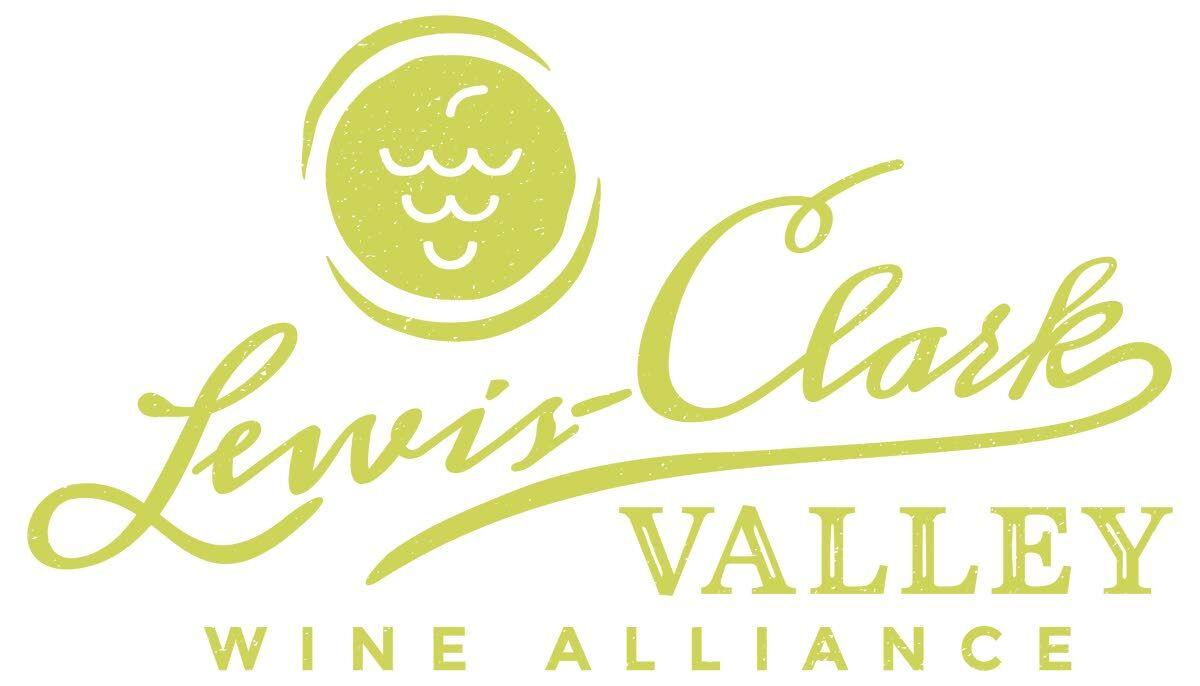 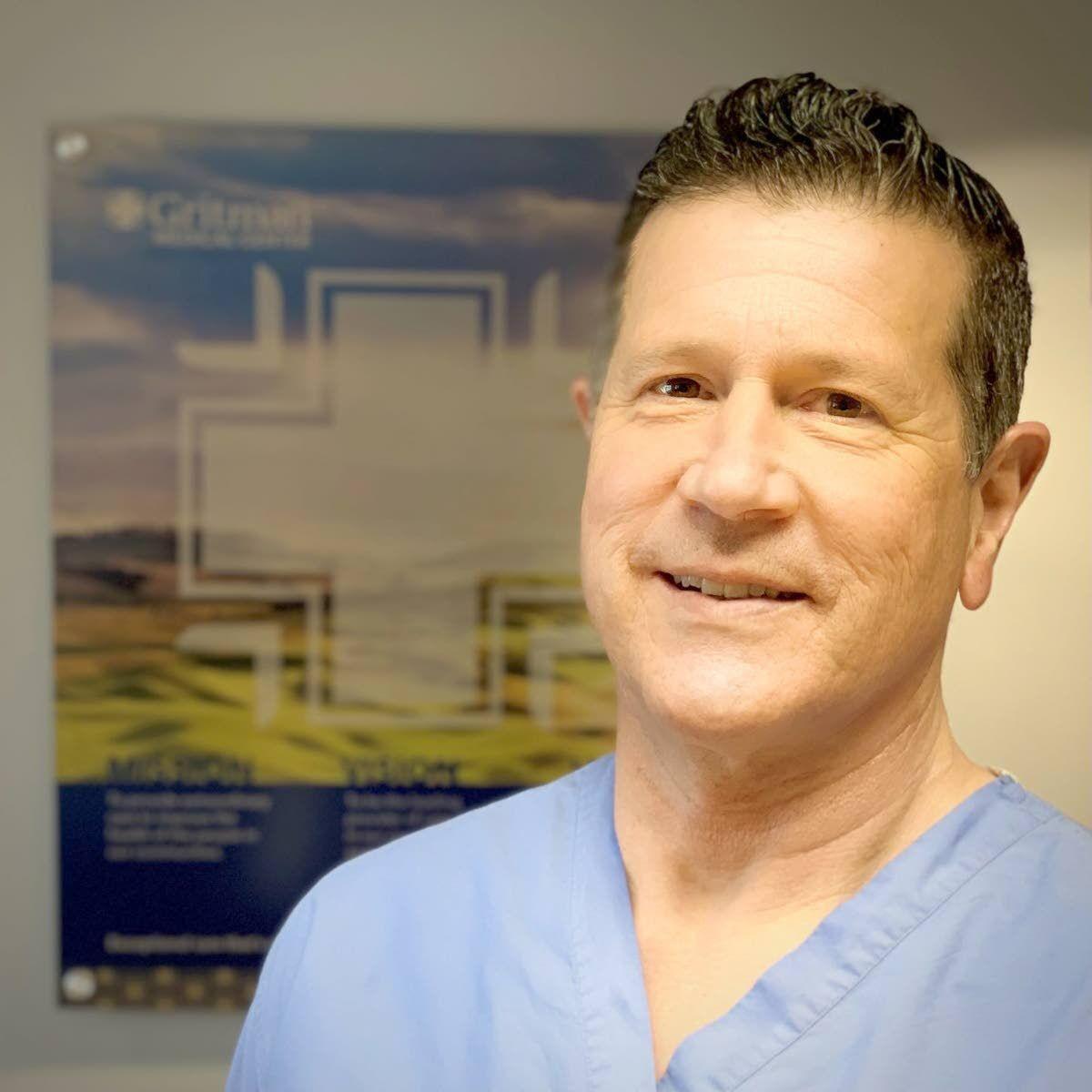 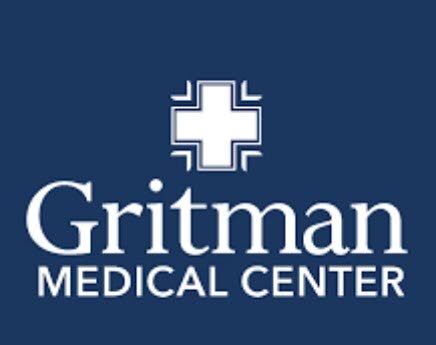 Crews work on the Columbia Pulp plant at Lyons Ferry in this 2019 photo. The factory is again online after a pandemic-related closure.

STARBUCK — Columbia Pulp’s wheat straw pulp factory near Starbuck has resumed operations after being idle since April 2020 because of the uncertainties surround-ing COVID-19.

About 70 employees are employed at the plant, more are being hired and everyone who was laid off at the start of the pandemic was offered a chance to return, said Eleanor Specht, administrative services manager for Columbia Pulp.

The plant is only making small quantities of pulp, but eventually is expected to reach its full capacity of 400 tons per day and have 100 employees, Specht said.

Plant officials previously reported Columbia Pulp was making 50 to 60 tons of pulp per day in March 2020 after opening in September 2019.

The pulp is used for a number of purposes, such as tissue, paper, lightweight cardboard and clamshell containers for takeout food.

“We do have quite a lot of customers lined up for various markets,” Specht said.

During the outage, processes were changed to improve production, according to a Columbia Pulp news release.

The plant, for example, will have short, 24-hour shutdowns at regular intervals to clean and maintain its equipment.

“This is a substantial step for Columbia Pulp, and we are excited about these developments,” Plant Manager Kyler Lovgren said in the news release.

The Lewis-Clark Valley Wine Alliance is selling $49 passports to help familiarize people with the area’s wines.

Tasting room fees will be waived once per participating winery from June 1 through Aug. 31.

About 100 passports have been sold so far at many participating wineries and lewisclarkwine.com/summer-passport.

Each passport includes discounts for 17 businesses such as Wawawai Canyon Winery in Uniontown, Ampersand Oil & Vinegar Taphouse in Lewiston and Moscow and Mystic Cafe in Lewiston.

A tool on the site called Skill Sync allows individuals to match their skills with employers’ needs by region, according to a news release from the Idaho Workforce Development Council, which sponsors the website with the Idaho Department of Labor.

At the same time, the tool provides information about training required for positions that workers aren’t qualified for and places where the instruction is offered.

Career planners are available to help users access as much as $7,500 in one-time, per-person money to subsidize tuition for certain classes that teach skills identified as the most needed through a survey of 845 employers last summer.

Idaho Launch also is intended to help employers at a time when unemployment is low. Numerous businesses are struggling to fill vacancies and are offering hiring bonuses.

“We (have) discovered that, for so many Idahoans, cost is the only true barrier preventing them from getting in-demand credentials like a commercial driver’s license,” said Wendi Secrist, executive director of the council, in the news release. “By equipping people with the skills needed to secure hard-to-fill positions, Launch is a win-win.”

Capawana is the only physician in the podiatry clinic, which is a part of Gritman Medical Center in Moscow.

He treats patients with sport injuries, bunions, warts and inadequate arch support. He also helps diabetics and children with foot growth issues, according to a news release from Gritman.

Early treatment, he said in the news release, can prevent foot ailments from turning into more serious problems.

Capawana founded Palouse Foot and Ankle clinic in 1999 and treated patients there until joining Gritman Podiatry.

The practice is located at the Gritman Moscow Family Medicine Downtown Clinic at 623 Main St. Appointments can be made by calling (208) 882-2011.

Sparklight, an internet provider, invested more than $6 million in the Lewiston-Clarkston Valley in the last three years to help bridge the digital divide.

“We were able to meet the unprecedented surge in internet usage throughout the pandemic and provide the seamless connectivity that was so critical over the past year,” Sparklight President and CEO Julie Laulis said in a recent news release.

The company plans to continue its efforts by increasing speeds for residential and business customers to accommodate the growing number of devices connected to the internet and technologies like augmented reality, according to the news release.

“We are actively working to ensure our customers have access to a state-of-the-art network designed to handle future technological advances that will revolutionize the way we do things and lead to groundbreaking changes in communication, health care, education (and) entertainment,” Laulis said.

Environmentally friendly power expected to benefit the Port of Lewiston

Wind energy is creating a new opportunity for the Port of Lewiston that it plans to develop in its coming fiscal year.

The port netted about $200,000 this fiscal year, when 126 blades and 168 tower sections for turbines were unloaded from barges at its dock then trucked to a development in Alberta, Canada.

“That was a very profitable project for the port,” Port Manager David Doeringsfeld told his commission last week.

Discussions are underway with a company for similar work that would happen at an unspecified date, Doeringsfeld said.