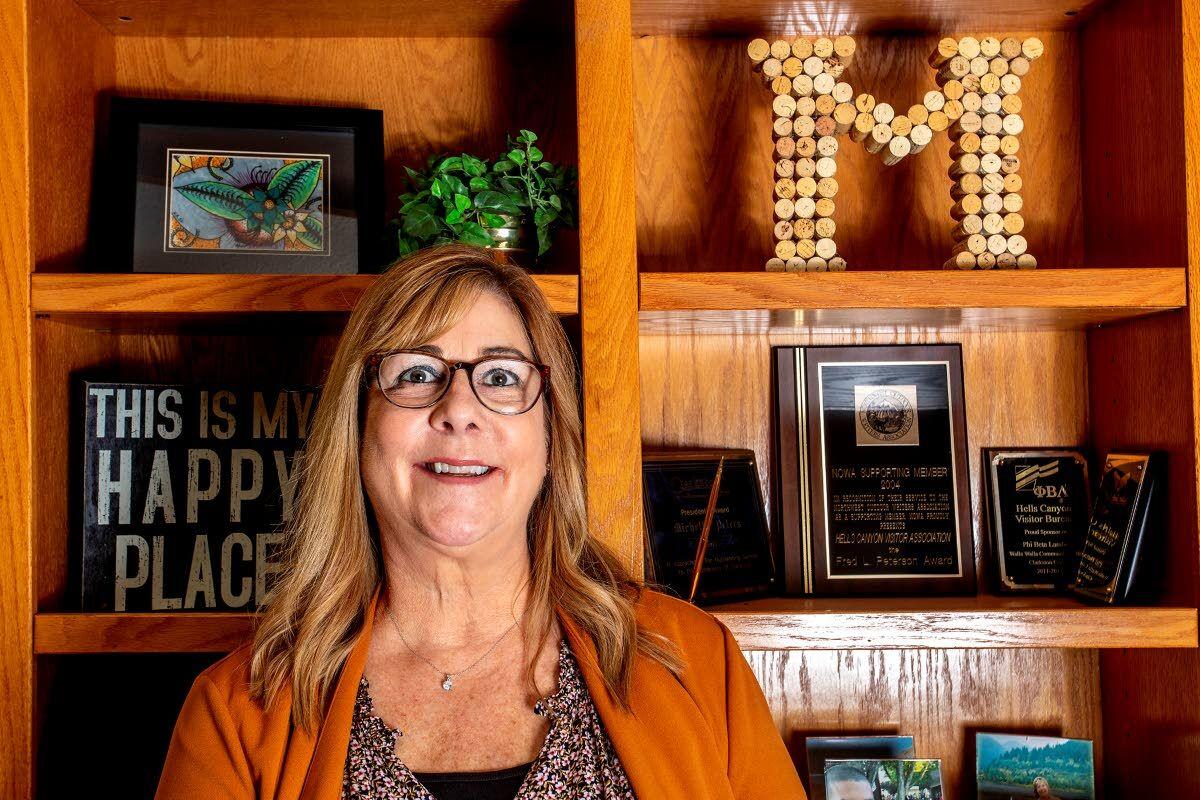 Michelle Peters, president and CEO of Visit Lewis Clark Valley, says Hells Canyon is one of the prime attractions for tourists who come to the area. 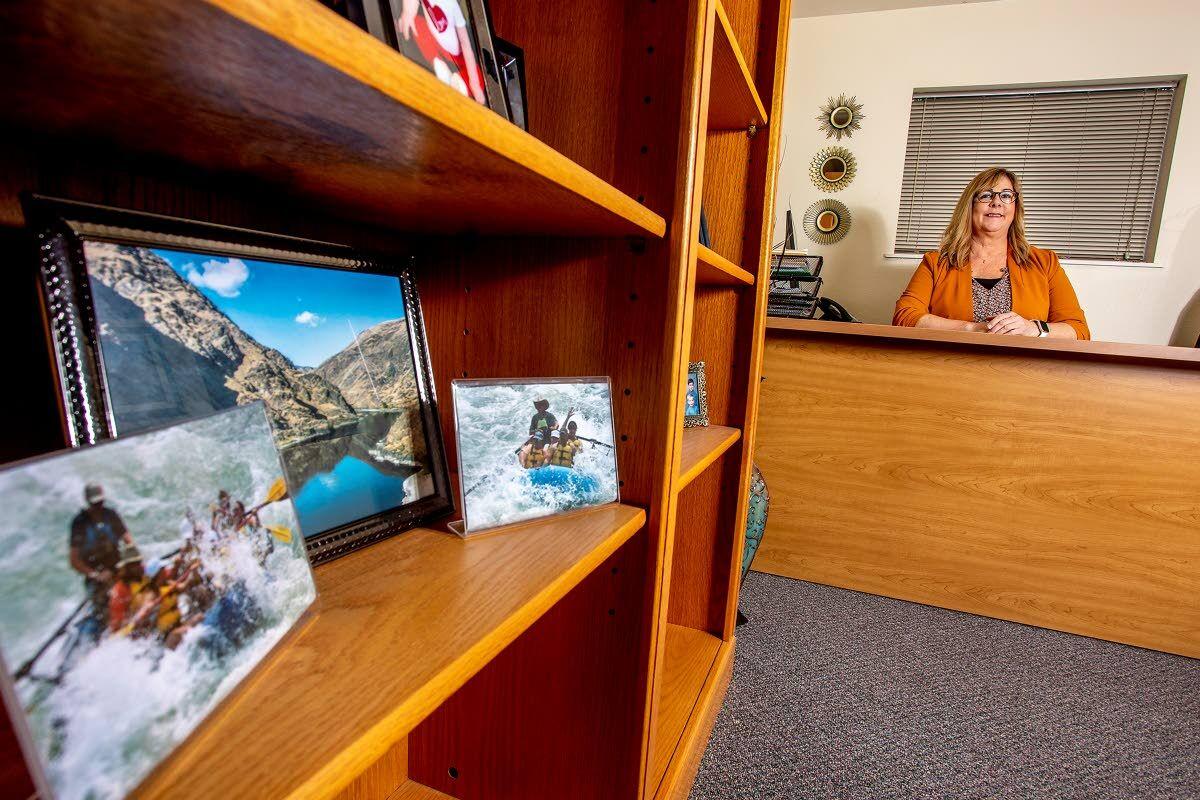 Michelle Peters has worked for Visit Lewis Clark Valley for the past 21 years. 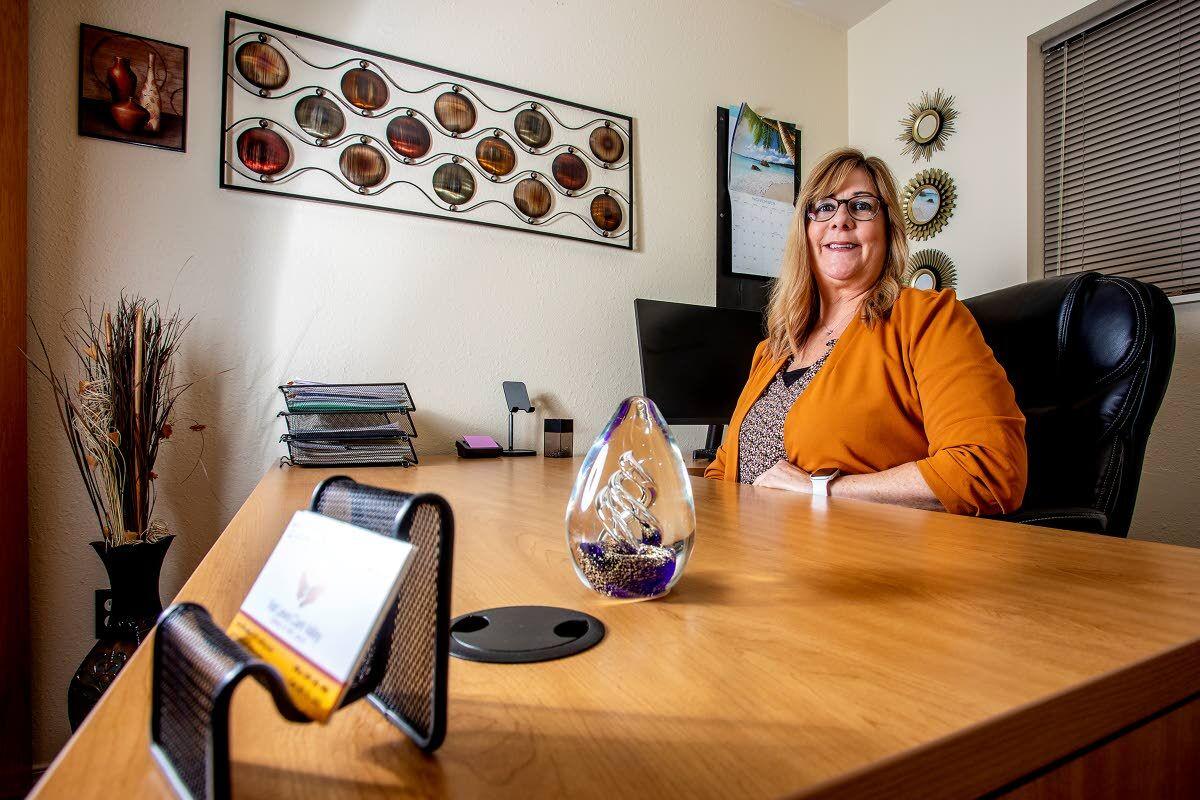 Michelle Peters, president and CEO of Visit Lewis Clark Valley, says Hells Canyon is one of the prime attractions for tourists who come to the area.

Michelle Peters has worked for Visit Lewis Clark Valley for the past 21 years.

The Lewiston-Clarkston Valley needs a new, upscale resort to accommodate a growing number of people who stay in their recreational vehicles when they visit the community.

That assessment comes from Michelle Peters, president and CEO of Visit Lewis Clark Valley, a not-for-profit group that promotes tourism in Asotin and Nez Perce counties where Hells Canyon, the deepest river gorge in North America, is the prime attraction.

“Your typical Hells Canyon visitor is 55 years old-plus, retired, no kids, (including) a lot of RVers,” she said. “We’re running out of space. The last two years, they couldn’t find a space. We need a private business to open a really cool RV park.”

Jock Pring’s year-round Hells Canyon Resort along the Snake River on Clarkston’s west side is the kind of place that would accommodate the need, Peters said.

It has amenities upscale recreational vehicle travelers seek, such as an indoor pool, a recreation room, dog runs, laundry facilities and an activity center clubhouse with a complete kitchen where groups that travel together can prepare meals for parties.

A great addition would be something with even more features, like tennis courts.

Finding ways to improve experiences of travelers is work Peters has been doing her entire career, including more than two decades at Visit Lewis Clark Valley.

Some of her recent efforts have involved the wine industry, cruise boat passengers and the Lewiston-Nez Perce County Regional Airport.

The establishment of the Lewis-Clark Valley American Viticultural Area in 2016 is drawing a more diverse group of travelers, she said.

“The couples that are wine touring (and the women on) girls’ weekends are younger,” Peters said.

Interest in wineries in north central Idaho and southeastern Washington is also coming from the thousands of passengers on overnight passenger cruise boats that call on Clarkston, which is part of a route along the Snake and Columbia rivers.

Peters helped a business, Twisted Vine Wine Tours, by convincing the off-shore excursions manager of American Queen Steamboat Co., the operator of American Empress, to take one of its wine tours.

The initial meeting led to an agreement for Twisted Vine to take American Empress passengers on the outing in 2018 and 2019 before COVID-19 restrictions made that not possible.

The American Queen Steamboat Co. has the second-largest number of annual passengers, behind American Cruise Lines, which send four vessels to the area.

That overnight cruise boat passenger business peaked with 19,000 passengers in 2019, was on hiatus in 2020 because of the coronavirus and returned this year with an estimated 14,000 passengers.

Some of the greatest benefits for the Lewiston-Clarkston Valley could come from the American Cruise Lines and not just because of their volume, Peters said.

The buses do a hop-on, hop-off tour for passengers that stops in places like downtown Lewiston and Spalding, similar to one that has been offered by American Empress for a longer period of time.

Plus, American Cruise Lines itineraries are somewhat different than those for passengers on American Empress, which is where part of the potential lies.

Boats from both companies run one-way trips that start in Clarkston or the Portland, Ore./Vancouver, Wash., area.

American Empress includes a stay in Spokane as part of its trip, and most of its passengers use the Spokane International Airport.

American Cruise Lines doesn’t have the Spokane stop and about 25 percent of their passengers are flying into or out of the Lewiston-Nez Perce County Regional Airport, Peters said.

That percentage has the potential to climb, especially with upgrades airport officials are making, she said.

A dedicated lounge has been created for cruise boat passengers. It has televisions, complimentary coffee and snacks, as well as volunteer hosts for passengers who sometimes have to wait more than eight hours for their flights.

More options for air services are just one of the hopes that Peters has for the Lewiston-Clarkston Valley’s future.

More development along its waterfront could benefit residents and tourists, she said.

The city of Vancouver is an example. American Empress began starting and ending its voyages there after a new cruise boat dock was installed in a district with condominiums, galleries, public art, restaurants, stores and a pedestrian path next to the water.

“Vancouver redid their waterfront,” she said. “It’s absolutely gorgeous. It’s my goal. It’s my dream to have that in the Lewiston-Clarkston Valley.”

About Visit Lewis Clark Valley: The organization is a not-for-profit group that is supported with revenue from taxes visitors pay when they stay in hotels and motels that are funneled to the organization through the city of Clarkston, Asotin County and the Idaho Travel Council. For 2021, the city of Clarkston and Asotin County provided $170,000 combined. Another $143,000 came from the Idaho Travel Council. The city of Lewiston contributed another $15,000 through economic development funds. Peters is one of two full-time employees of the group.