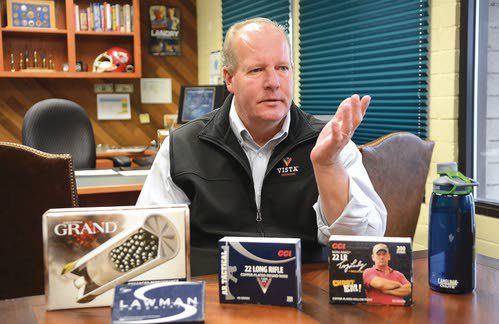 Marty Zacha, the vice president of ammunition products at Vista Outdoor, is the Business Person of the Year for 2016. 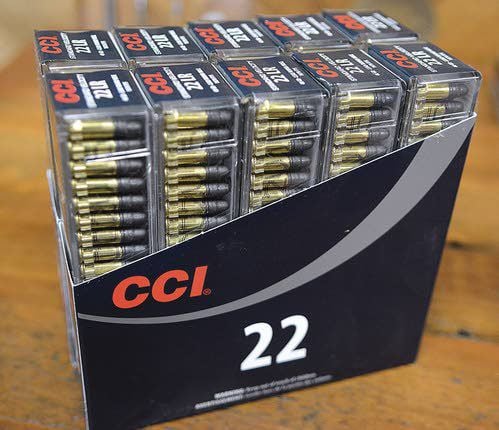 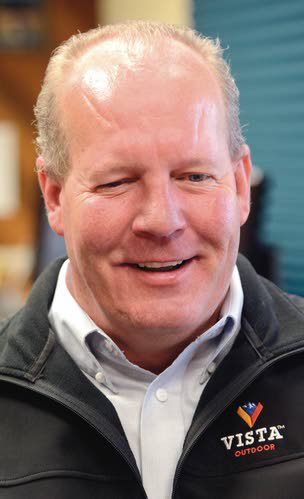 Marty Zacha, the vice president of ammunition products at Vista Outdoor, is the Business Person of the Year for 2016.

Marty Zacha avoids wearing logos from his company when he flies.

The CCI and Federal names are a magnet, attracting strangers to Vista Outdoors' vice president of ammunition products. They all want to know the same thing. How can they put their hands on his company's .22-caliber rimfire ammunition? "I get it constantly," said Zacha, the Lewiston Tribune's Business Person of the Year.

Prices for .22-caliber rimfire have soared along with other kinds of ammunition, but it remains relatively inexpensive. It can be shot from numerous kinds of firearms. It has a low recoil, something that's helpful for beginners or pros who would rather not be sore if they spend hours plinking targets.

Vista Outdoor was in an enviable spot when demand for .22-caliber rimfire escalated after President Barack Obama was elected. The company owned two of four plants in the nation that made it - its CCI operations in Lewiston and its Federal factory in Anoka, Minn.

New competitors didn't enter the market. Rimfire production demands a high level of expertise and complex equipment. In rimfire, the extremely explosive primer is squeezed into the rim of the case around the cartridge instead of being a separate component as it is in other kinds of ammunition.

Vista Outdoor's capability to manufacture primers, something it does in Lewiston and Anoka, has been a boon to the company too. Manufacturing primers safely requires an extensive knowledge base, so much so that Vista Outdoor sells to some ammunition companies that don't make their own.

Zacha has made the most of how Vista Outdoor was positioned. He squeezed as much production as he could from its existing lines. He listened to employees and supported efforts that led to innovations such as reducing the amount of weight employees carry during shifts by hundreds of pounds.

As he did so, Lewiston's Vista Outdoor staff grew from 830 to almost 1,500, eclipsing Clearwater Paper as Lewiston's largest manufacturer. More lies ahead. Zacha is overseeing construction of a new rimfire plant, an innovation that hasn't been undertaken in the United States in decades.

That $70 million initiative is underway at Vista Outdoor's South Port site near the Lewiston-Nez Perce County Regional Airport. A second phase, with a $29 million investment, could occur over a longer unspecified length of time.

Those achievements and others prompted the Tribune to name Zacha the Business Person of the Year.

This is the second time Zacha has received the honor. The standard has remained the same since 2000, when the Tribune began bestowing the award. "This person should be successful in business or management, with his or her success not necessarily measured by annual income, but by the principles demonstrated in the business and civic arenas. This person should be a role model for others and someone who is thought of as a leader in our region."

Business Profile talked to Zacha about the construction project, what he sees happening in ammunition and gun sales as a Republican president takes office and about the products Vista Outdoor makes in Lewiston.

Business Profile: Vista Outdoor is starting a $70 million project at its South Port site near the Lewiston-Nez Perce County Regional Airport. What can you share about what will take shape in the coming months?

Marty Zacha: We're expanding our primer lines at South Port. We're going to move all of our rimfire operations for CCI and Blazer from our Snake River Avenue location that's near the Southway Bridge to South Port. There's four major buildings. We're really just extending those.

The first phase of the equipment is ordered or being built. Some is off the shelf and sold to everybody. Other equipment we've worked on with manufacturers and did completely new designs. Some of it is patented. When we do a totally new design, we will lock them in on an exclusivity agreement.

We will rearrange the site we have near Southway for centerfire. There will not be a lot of expansion here, but there will be a lot of movement into the plant to make it more efficient.

BP: Are you seeing any reduction in sales now that a Republican has been elected president and people are less worried about new regulations for guns and ammunition?

MZ: Yes. There's been a few order cancellations. Not a lot, but a few. If you go into a gun store, even right up here at Sportsman's Warehouse or North 40 in Lewiston, you see a lot of guns on the shelf, where a few years ago you wouldn't have seen that. It was harder to find what you really wanted.

BP: What will you do with the upgrade if demand for rimfire ammunition plummets?

MZ: This plan was born more to reduce costs and improve efficiency. Historically in the ammunition market, when things start to go soft, which we're starting to see right now because of the election, it becomes a price war. If the market changes, the rimfire equipment can be switched to manufacture power loads that drive fasteners into steel and concrete in construction and stunners for the meat processing industry. We've done those in Lewiston for years. That's a very big business for us. It has been anywhere from about 12 percent to 50 percent of what we do in Lewiston. There's points where we can adjust if need be depending on what the market is doing. It could be bigger or we might redeploy somewhere instead of what we originally planned.

BP: Could Vista Outdoor choose not to order equipment for later phases of the project?

MZ: It would take a very dramatic market correction to make that happen.

BP: We've talked a lot about rimfire. What has been happening with centerfire?

MZ: We launched our Gold Dot G2 two years ago. It has scored (exceedingly high) on the FBI protocol test. It's a little bit similar, but very different than Gold Dot. (As part of selecting Gold Dot 2, the FBI decided to purchase new pistols to fire the ammunition, which are expected to be in the hands of its 13,000 agents by now, according to a Oct. 31, 2015, article in the Washington Post.)

When Gold Dot came out, it was by far the law enforcement leader, from the FBI all the way down to local law enforcement. But that was 15-plus years ago. People figured it out. Other manufacturers they started making similar products and even better products. We knew we had to come out with something better. That led us to this technology, which really is unique. It has a polymer substance built into the bullet, which helps with how it (penetrates) auto glass and heavy materials. The FBI sets the standard. They'll put everybody's product through rigorous tests. Once they've picked a winner, other big municipalities will follow suit. Our margins are a little lower on law enforcement. That's by design. We want them to have good ammunition.

Career history: Has spent more than 30 years in ammunition manufacturing. Leads all of Vista's ammunition operations, including engineering, supply chain, distribution and product development at the company's two ammunition factories in Lewiston and Anoka. Led an effort that resulted in an annual sales increase of nearly 200 percent in the last eight years. Moved to Lewiston and became vice president of ammunition operations for ATK's Sporting Group in February 2007. ATK was the predecessor of Vista Outdoor. He joined ATK in 2000, when it assumed operations of the Lake City Army Ammunition Plant, in Independence, Mo. Just before that, Zacha worked for the company that had been running the facility Olin Corp. in the Winchester ammunition division.

Vista Outdoor came to be in 2015. It is what once was ATK's sporting group. ATK's aerospace and defense groups merged with Orbital Sciences. The company has almost 1,500 employees in Lewiston. They manufacture rimfire and centerfire ammunition sold under brands such as CCI, Blazer, Speer and Gold Dot. They also make bullets, the projectile in ammunition, as well as primers, the explosive that ignites the gunpowder. The bullets and primers are used in-house and sold to other companies. The Lewiston operations also produce power loads that fasten steel and concrete in construction and stunners used in meat processing. Vista Outdoor produces a wide array of goods in other locations such as guns, camp stoves and golf accessories.