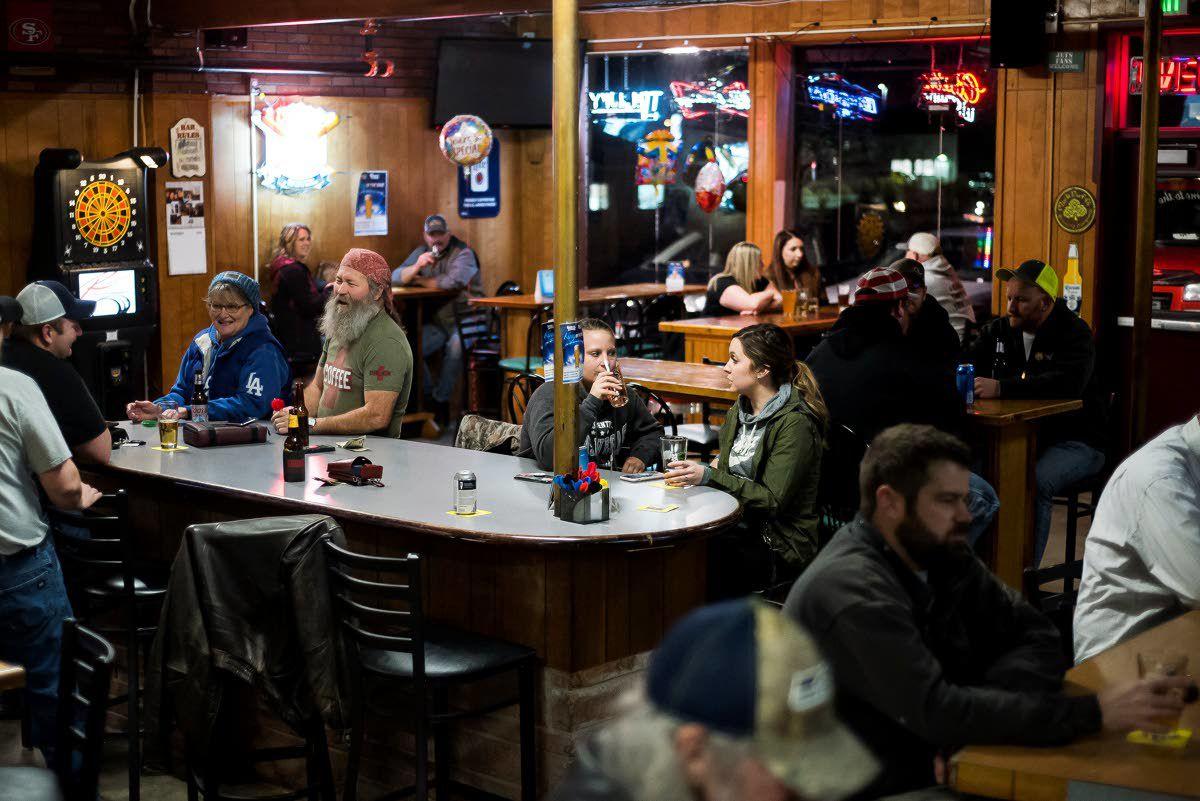 Customers enjoy an evening at the Wooden Nickel at its new Lewiston Orchards location, 931 Bryden Ave., on Wednesday. 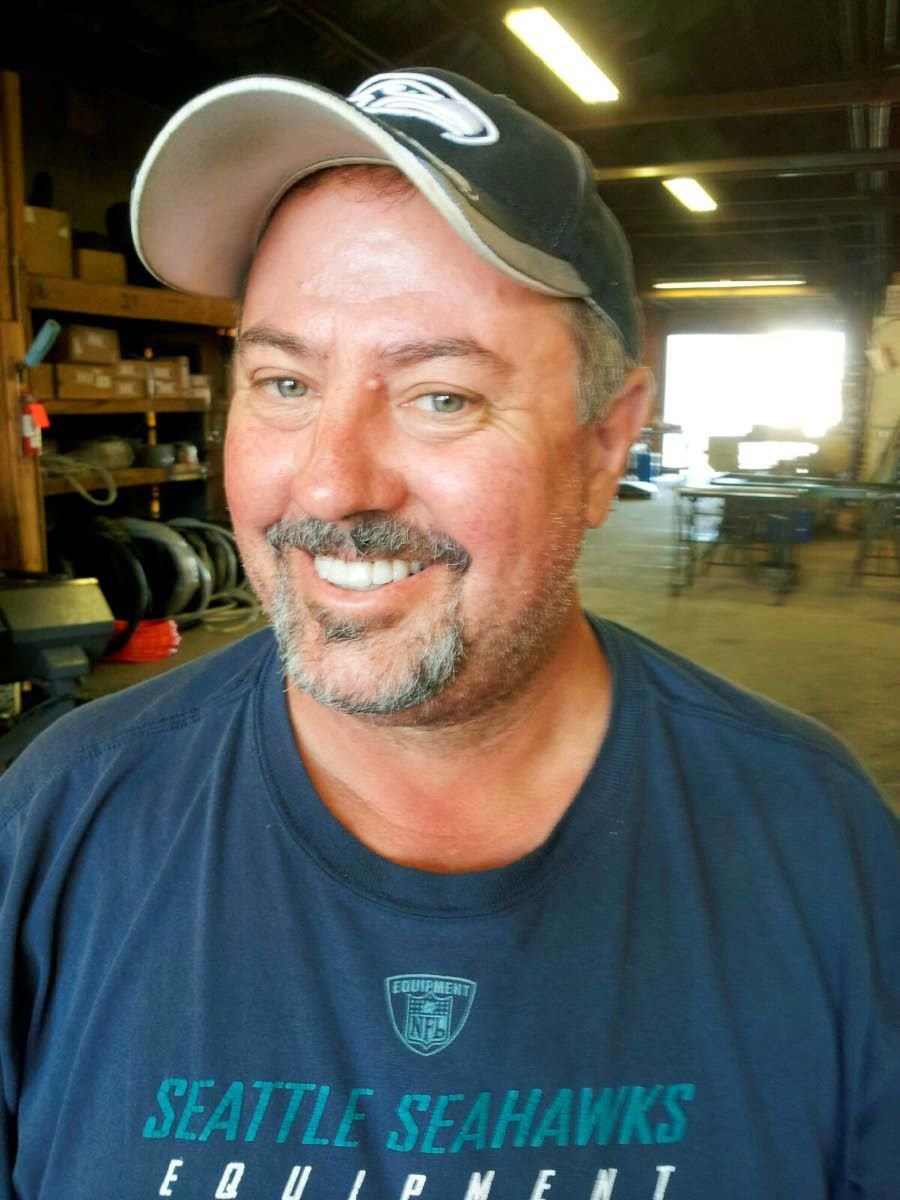 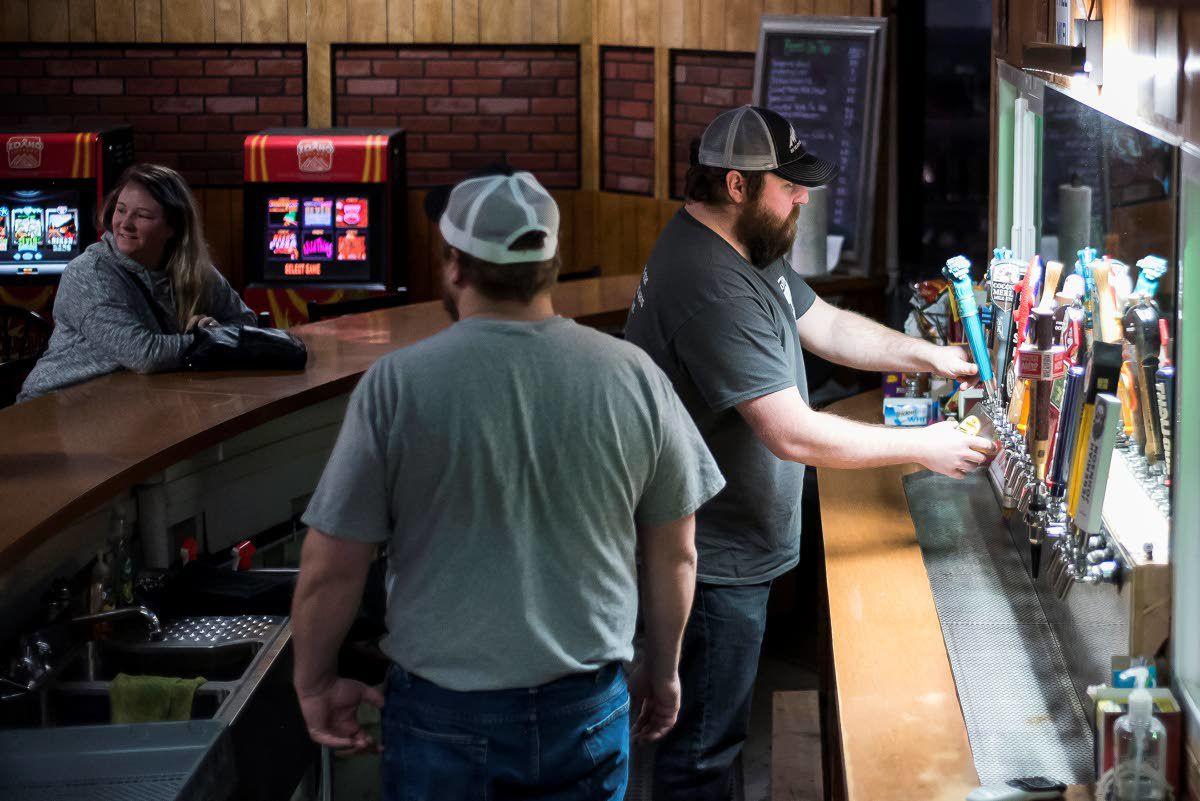 Bryan Nygaard, one of four owners, pours a customer a beer at The Wooden Nickel on Wednesday in Lewiston.

Customers enjoy an evening at the Wooden Nickel at its new Lewiston Orchards location, 931 Bryden Ave., on Wednesday.

Bryan Nygaard, one of four owners, pours a customer a beer at The Wooden Nickel on Wednesday in Lewiston.

A fourth dart board is one of the most recent additions at the Wooden Nickel, a Lewiston bar that is settling into a new Orchards address following a brief hiatus.

The business relocated to 931 Bryden Ave. from the 400 block of Thain Road so it could grow after it was no longer able to lease parking spots from the neighboring Canters Inn.

The Wooden Nickel’s upgrade initially was almost overshadowed by how it displaced the Hide-A-Way tavern, which had been in part of the 3,500-square-foot building for 52 years. The owner of the Hide-A-Way pledged to find a new home, but it’s not clear if that search has yielded any results. Attempts by the Tribune to reach the Hide-A-Way’s owner last week were not successful.

Another business in the building, A Flair for Hair salon, moved to 536 Thain Road while two others, a barber and massage therapist, will continue to be tenants, said Danny Weiss, one of the Wooden Nickel’s owners.

The owners of the Wooden Nickel closed the Thain Road location in late August and put the property on the market.

They reopened on Bryden Avenue at the end of October after finishing the first part of a renovation, redoing the bar and a seating area where the Hide-A-Way once was.

Future phases include remodeling the kitchen, expanding seating into the bar and adding an outdoor beer garden, Weiss said.

The Wooden Nickel plans to serve bar food such as hamburgers and chicken once the kitchen is done. But the chicken will be different from the kind the Hide-A-Way was known for, in no small part because that recipe was part of the business, Weiss said.

The choices at the nonsmoking beer and wine bar are intended to appeal to the diverse crowd the bar attracts with dart board leagues, a Wednesday trivia night and televised professional football.

The regulars drink a range of beverages with an alcohol content of 15 percent or less at the establishment where all customers have to be at least 21 years old. That includes Coors Light and Tangerine Wheat from Lost Coast Brewery, two of 18 beers that are on tap, pre-packaged Jell-O shots and north central Idaho wines made by Clearwater Canyon Cellars, Vine 46 Winery, Lindsay Creek Vineyards and Colter’s Creek Winery.

Because the Wooden Nickel has a retail license, customers can buy a bottle of wine and take whatever they don’t drink home with them.

“It’s come in, relax and have fun,” Weiss said. “There’s just about anything you want.”

Re-creating and adding to the bar’s offerings is a process that has included many customers who volunteered to help with the move. They removed carpet and linoleum, hauled demolition debris to the dump, installed drywall and dug a ditch for a new water line to supply a fire sprinkler system.

That loyal following is one of the reasons Weiss, a former welder, and his business partners feel confident about the growing commitment they’re making to the Wooden Nickel.

Weiss and two of the other owners, his girlfriend, Jodine Alm, and Alm’s son’s best friend, Andrew Kinzer, all recently quit their jobs to work full time at the bar. Alm’s son, Bryan Nygaard, the fourth owner, has been the full-time manager since they acquired it.

“I see faces in here I haven’t seen before,” Weiss said. “It’s nice. It’s great that people like to come in.”

Hours: 3 p.m. until the crowd thins, seven days a week.