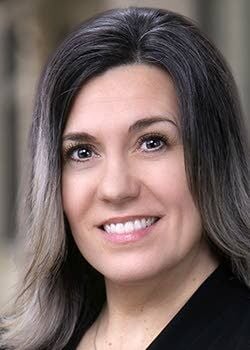 Drive Up & Go has been introduced at the Clarkston Albertsons and the Safeways in Pullman and Moscow.

The service allows customers to shop for groceries online at bit.ly/3u4kDOK, said Tairsa Worman, a spokeswoman for the stores, in an email.

Orders can be ready for pickup as early as four hours after they are placed or as long as a week, Worman said.

Each store has designated parking spots where customers wait for the items to be delivered to their vehicles by store employees, with signs that list the number for customers to call when they arrive.

The stores don’t charge extra for Drive Up & Go, but there is a minimum order of $30.

Methods of payment include Visa, Mastercard, Discover and American Express credit cards as well as Visa and Mastercard debit cards.

Generally, most products that are sold at the stores are available, other than specialty cakes, floral arrangements, balloons, some deli trays, prescriptions and hot deli items besides whole rotisserie chickens, Worman said.

“Customers can add items … to the (online) cart with special requests including substitution rules and notes like ‘Green bananas, please,’ ” she said.

GRANGEVILLE — A brew pub called Three Mile has opened at 123 W. Main St. in Grangeville, featuring beers made by one of the owners.

The business is open from 11 a.m. to 9 p.m. Friday through Sunday in a building that was previously home to Twisted Cellar, the Camas Cafe and Barb’s Cafe.

The beers change frequently, said Silas Whitley, who owns the business with his fiancee, Jodi Kaschmitter.

A red ale was one Three Mile served when it debuted Valentine’s Day weekend, said Whitley, who described it as being a little nutty and not overly hoppy.

A porter and a blonde ale with a mild pineapple flavor were expected to be on tap this weekend.

Right now food is only being served on Saturdays, partly because it’s been hard to find employees, but the hope is to expand the hours Three Mile is open and the times food is available, Whitley said.

The menu has choices such as a soft pretzel platter with cheese sauce, mustard and bratwurst, and beet soup and pork sausages with mashed potatoes.

Whitley and Kaschmitter will continue their full-time jobs. He is a remote sensing analyst with the Idaho Department of Lands, and she is a lab technician in the emergency room at St. Mary’s Hospital in Cottonwood.

More oversized cargo may be handled at the Port of Lewiston in the future as it pursues a potentially lucrative revenue stream.

The Port of Lewiston is asking the city of Lewiston if it can leave in place a ramp installed by Omega Morgan, a business that handles large cargo, providing access to a vacant 8½ acre lot on 20th Street North near its intersection with Third Avenue North.

“The port expects wind tower sections and blades will be stored on this … site in the future,” according to the request. “The existing ramp is needed for equipment to safely exit the storage area.”

Omega Morgan recently completed a project at the port that involved unloading 126 blades and 168 wind tower sections from barges.

The cargo came from the Port of Longview up the Columbia and Snake rivers and was trucked to Alberta, Canada, in shipments that in some cases were as long as three standard semitrucks.

The port was paid almost $300,000 for removing the components from barges and using 9 ½ acres from mid-September through the end of January, Port Manager David Doeringsfeld said.

The port is spending $45,000 to regravel the 9 ½ acres and may be responsible for expenses from a wind tower section that was damaged when it was being unloaded by a port crew.

Budgeting tools and tips to help make money go further are two topics that will be covered in a series of pop-up chats called “Let’s Talk Money!” scheduled to begin the first week in March.

The free, one-hour sessions will be held at 1 p.m. the first Thursday of each month and run through December. They are organized by the University of Idaho Extension Latah County.

“Each session will be different to cover all of the resources, but will always have the same common theme ... creating a livable spending and savings plan,” according to a news release from the Extension office.

His Story, Christian Gift Center in Lewiston, will be shutting its doors at the end of April.

The decision to close the business that opened in 2010 was based on a number of reasons, said John Kirschman, who owns the store with his wife, Marcia Kirschman.

Sales plummeted in March, April and May when the store was limited to curbside and online orders because of coronavirus precautions before rebounding later in the year.

And now that he’s 69 years old, he is ready to do something else that doesn’t require quite as much time so he and his wife have more time to travel to see extended family, he said.

His Story was a second career for Kirschman. He worked at J.C. Penney for 34 years, becoming general manager of the Lewiston store and then another J.C. Penney store in Salt Lake City before he returned to Lewiston.

Most recently principal business relationship manager at Wells Fargo in Lewiston, Brooks is now responsible for developing and maintaining relationships with business clients at Zions, according to an email from Zions Bank.

She has more than 13 years of experience in the banking industry and earned her bachelor’s degree from the University of Idaho.

Outside of work, she serves on the board of directors for the YWCA of Lewiston-Clarkston and volunteers for organizations in the Lewiston-Clarkston Valley such as Meals on Wheels, United Way and the Tri-State Memorial Hospital Foundation in Clarkston.

Founded in 1873, Zions Bank is a division of Zions Bancorporation and operates 25 branches in Idaho and 98 branches in Utah and Wyoming.

The Tribune wants to hear about what’s happening at your business. Send your news to ewilliam@lmtribune.com. Please put “Biz Bits” in the subject line