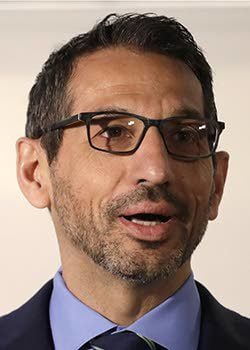 SEATTLE — Alaska Airlines projects a slow recovery from the rapid decline in air travel caused by the coronavirus pandemic, and it’s preparing to shed as many as 3,000 jobs next year from its workforce of 23,000 employees.

“Things will likely not go back to pre-COVID levels in the next 12 months,” said Alaska Air Group President Ben Minicucci in a video interview. “We see a smaller company in 2021. We see a smaller industry, in fact. We think we’ll be smaller by about 3,000 people.”

In April, the government provided Alaska $992 million in relief aid as it doled out payroll-protection grants and loans to the major airlines. That money will maintain jobs through the end of September. The job cuts will likely begin in October.

Minicucci also said the airline is in talks with Boeing over when it may take delivery of its first 737 MAX jets once the grounding is lifted, a development now expected in the fourth quarter.

Alaska has orders for 32 MAX-9s, with options for 37 more. At the end of March, the plan was to take three of those jets this year, with another seven MAX deliveries pushed out into 2021.

Minicucci said it’s hard to say now if the airline will take any MAXs in 2020.

“We haven’t made firm decisions,” he said. “Long term, we’ll have MAXs in the Alaska fleet, for sure. We’re big Boeing supporters.”

As 2020 began, Alaska was emerging from the complexities of acquiring Virgin America three years earlier. In late February, management internally outlined a plan for aggressive growth that anticipated the airline buying 200 new jets over the next decade.

“It was like someone had their hand on a valve and just turned off the valve,” Minicucci said. “We went from carrying 130,000 passengers a day to a trough of just 5,000 a day.”

He said traffic has come back up to around 24,000 passengers per day. But revenue is still down 80% compared to a year ago. While he’s hopeful that domestic leisure travel will pick up substantially later this year, the prospect is worse for the return of more lucrative business and international travelers.

“We don’t see that coming back either in the fourth quarter or into next year,” Minicucci said.

He said Alaska this summer will bring back into service 20 jets that are now in storage. The company’s total seat capacity will be 40% of last year’s figure in July, and about 50 percent in August.

Minicucci said the airline’s models predict revenue in the fourth quarter will only be around half of what it was last year, and “we see revenues down 20% to 35% in 2021.”

Alaska’s determination that it must shrink and cut jobs is in contrast to a buoyant outlook at rival carrier Southwest Airlines.

In an interview published Wednesday by Forbes, Southwest CEO Gary Kelly outlined a boldly optimistic recovery plan, foreseeing a return to a full flying schedule by year’s end, paired with an aggressive expansion strategy — offering fare sales, opening new routes and adding 737 MAXs to the fleet — that aims to take market share away from the big three U.S. airlines.

American, Delta and United have all been hit severely by the collapse of their international business and their high costs. Kelly said Southwest is largely a domestic airline and has a $13 billion cash hoard that will sustain it and allow the expansion — provided domestic traffic returns.

Because shrinking an airline increases costs per seat, Kelly told Forbes, “it’s hard to shrink yourself to prosperity in this business.”

Alaska shares some of Southwest’s advantages: It has developed into a low-cost airline and is mostly a domestic carrier. However, it has only $2.8 billion in liquidity and is much smaller. (At the end of March, Southwest had a fleet of 742 jets, all Boeing 737s; Alaska had 225 equivalent mainline jets.)

Asked about the wide difference in outlook, Minicucci said Alaska will try to respond flexibly if the recovery proves better than its models now project.

“As we see demand improve and restrictions being lifted … if there’s an opportunity to grow, Alaska will grow,” Minicucci said.

“We’re trying to be optimistic, yet also brutally honest and realistic,” he said.

That realism focuses on cutting costs to stanch the bleed of cash. Last month, the company was spending $5.5 million more each day than it took in. Management has said that to survive the crisis it needs to reach zero cash burn by year’s end.

In addition to the paycheck-protection funding in the Coronavirus Aid, Relief and Economic Security (CARES) Act, Alaska is also negotiating with the U.S. Treasury the terms of $1.1 billion in federal loans. And in May it obtained a further $88 million in secured financing in the private market.

Minicucci said that while those loans provide a cushion, “If you burn through that cash, you still owe that money back,” and the “debt hole will be so big it will limit our ability to buy airplanes in future.”

In meetings over the next couple of weeks, Alaska’s unions will hear details of the planned job cuts, and they hope to find ways to make the reductions via voluntary means rather than layoffs.

Capt. Will McQuillen, chairman of the executive council of Alaska’s pilot union, the Air Line Pilots Association (ALPA), said he’s been encouraged by the tone of recent preliminary discussions with management.

Under the pilots’ contract, “There are ways to navigate the uncertainties that don’t require actual pilot furloughs and provide the company flexibility,” McQuillen said.

These include incentives for either early retirement or longer term leave, increasing part-time flying schedules, and reducing the pilots’ guaranteed pay without cutting the pay rate.

Minicucci said the first priority is to make passengers comfortable about flying as the economy reopens.

To do that, the company this week listed a series of safety protocols, including a check-in process on the Alaska app that asks each passenger to confirm that they have no coronavirus symptoms.

Passengers must wear masks throughout their flight and social distancing is practiced at airport check-in desks and departure gates.

Minicucci said Alaska will continue through July to leave middle seats on airplanes empty, except for family members traveling together. After that, the policy will be reassessed.

“We just have to see how demand comes back,” Minicucci said.