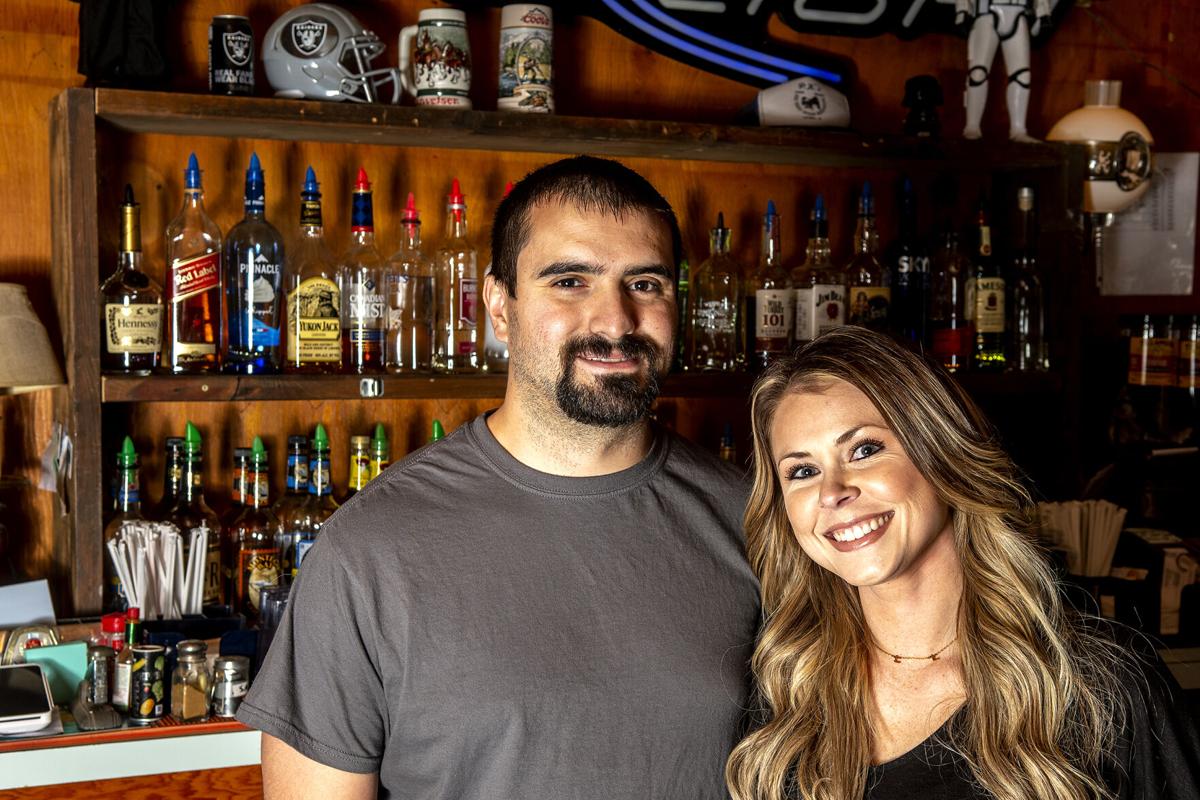 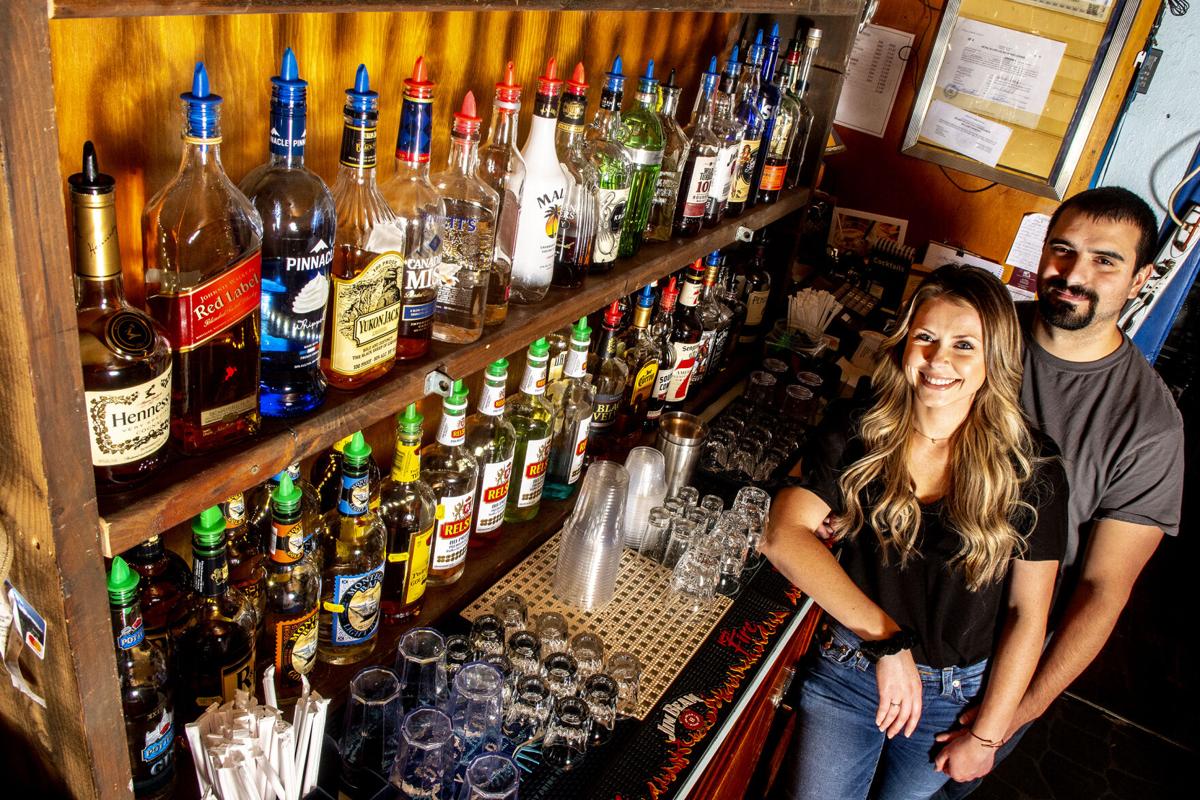 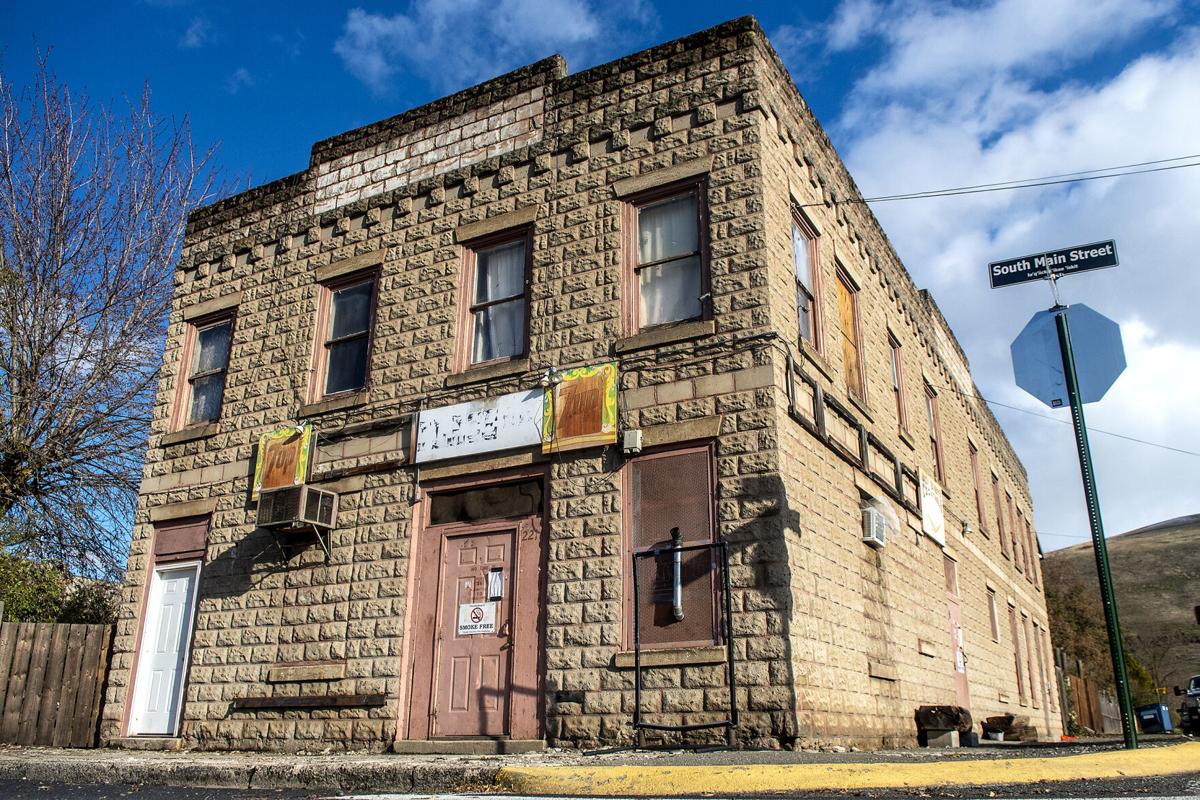 The building that houses PK’s Place sits on South Main Street in Lapwai on Wednesday. 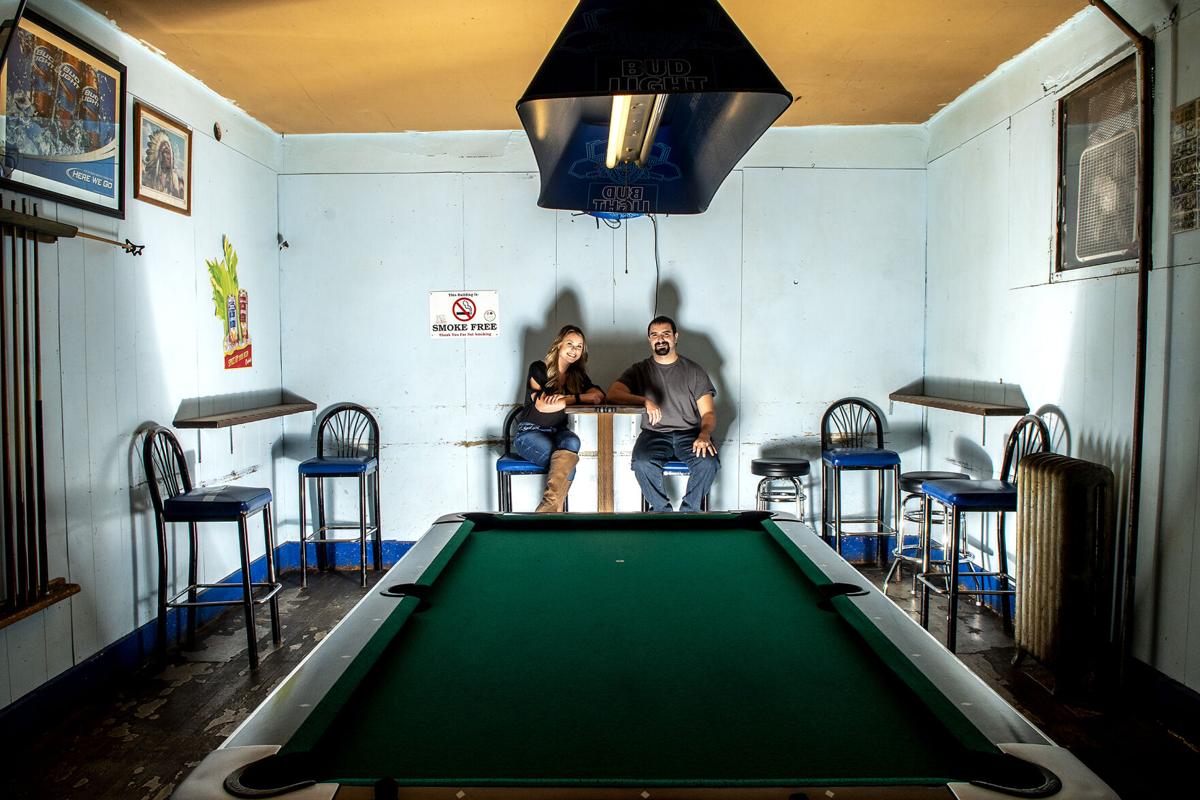 Clayton and Cody Seely sit at a table in front of the pool table at PK’s Place in Lapwai on Tuesday.

The building that houses PK’s Place sits on South Main Street in Lapwai on Wednesday.

Clayton and Cody Seely sit at a table in front of the pool table at PK’s Place in Lapwai on Tuesday.

A lemon drop is the most popular drink at PK’s Place, a Lapwai bar and one of the town’s oldest businesses.

The concoction of vodka, Triple Sec, and citrus juices is made from a recipe developed by Julie Seely, a member of the family who has owned the community gathering spot for more than half a century, said her son, Clayton Seely.

“My mom was the one who started it,” said Clayton Seely, 31, who recently acquired PK’s Place with his wife. “She made it for a few people years ago, and they loved it. That’s just one we always have on hand.”

Lemon drops are one of the traditions Seely said he will preserve as he maintains what his regulars like and completes upgrades that could make PK’s Place more appealing to new customers.

So far, he is enjoying his new, elevated role at PK’s Place despite the work involved in running an independent business that is complicated by operating during a global pandemic.

“The main thing I like about it is being my own boss,” he said. “It’s a small, family-run, laid-back (business). I like the community. This is a small town. You pretty much know everyone.”

Business Profile talked with Seely about improvements he plans at PK’s Place, operating a business during the coronavirus pandemic and the connections between his family, the bar and Lapwai.

Business Profile: What are you doing differently at PK’s Place since assuming ownership?

Clayton Seely: One of the main things my wife and I are wanting to change is the reputation of the bar and Lapwai in general. We have a strong local group of customers, which we love, but it’s hard to get people from out of town to go (to Lapwai). The business is successful. ... But it would be nice to get people from, say, like from Lewiston, to come out (here). … I’ve heard stories like people … just think it’s a bad place to go.

Maybe that was something that was the case like 30 or 40 years ago. I heard it could be kind of a rough bar. It hasn’t been that way for the past 20 years at least. It’s very welcoming. I think it’s just like the small town bar where everyone knows everyone. So if someone from out of town comes in, … people look at them or wonder who they are. That’s something we’re trying to change. (We want to) let people know it’s a bar you can come and stop by if you’re driving through the area or something, and you want to have a drink.

BP: You have mentioned your regulars are great people. What’s an example of that?

CS: They’re always there to help each other out if someone doesn’t have a ride home or maybe they shouldn’t be driving. A lot of times what happens is ... they ask around (and) there is a designated driver there that would be happy to give people a ride home.

That’s something my parents have done throughout the years too. My dad is the one he would give people rides home. … That’s part of the small-town bar that is nice. ... Usually the ride would only be a couple blocks down the road or something.

BP: A food menu might be offered at PK’s Place in the future. How might that be an asset to Lapwai?

CS: Eventually we ... want to serve food in either the bar (or have another business outside of it, like a) food truck, (because once it gets later in the evening) there’s ... no place that really serves food (in Lapwai).

I remember the first time moving out of Lapwai. It was crazy being able to drive two blocks to a fast food joint or to be able to order pizza. Growing up in Lapwai, we would have to order pizza from (Lewiston) and then you would have to meet them at the casino to get it.

BP: What other upgrades do you have in mind?

CS: We hired some extra employees. It’s an old building so there’s a lot of maintenance stuff we want to get done. … The sidewalk outside needs to be redone. We want to update the floors. … That (began) when I started working (here) in 2018. I started putting money away and doing maintenance on the building, little things. It’s been kind of hard with (COVID-19) this year, being shut down for a while.

BP: You moved ahead with acquiring PK’s Place this year even though, like most bars, sales slid when coronavirus restrictions were at their height in March, April and May. How did you reach that decision?

CS: As the manager, I was doing most of the work the owner would do anyway. My dad’s health was kind of going down to where he couldn’t really do some of the basic things that need to be done anymore. And my mom has a full-time job (as a librarian at the Lapwai City Library). We started talking with my parents and decided that it would be a good time to do it. We knew that with (COVID-19) it would be tough if we get shut down. But it’s something that needed to be done, and I’m confident enough that we feel we can be successful at it.

BP: What adjustments did you make during the weeks you couldn’t seat customers on the premises, and what precautions are still in place now for the coronavirus?

CS: We got shut down for (about) two months (that ended in late May). We could sell beer and mixed drinks (in sealed containers) to go, but that was it. I did the math on one of (those) months, and our sales ... were about 25 percent of what average for a month would be.

It’s (still) a little lower (in terms of the number of customers). We’re also not holding events like we used to (like) pool tournaments, dart tournaments or sometimes (hired disc jockeys). ...It brings too many people in at once.

Our bar seating is completely taped off, so nobody can sit there. We have our tables spaced to where they’re 6 feet apart. We have one area where the customers can order that has a plexiglass divider.

We encourage people to wear face masks, use our hand sanitizer (and) wash their hands and do all that stuff. … Sometimes people will get up and mingle. … It gets a little difficult with people drinking.

BP: You’ve talked about the rules you are following because of the coronavirus. Are there any requirements for operating a bar on the Nez Perce Reservation that are different from those of your counterparts in nearby off-reservation communities?

CS: Since I’m not a tribal member, we go by (Nez Perce County, city of Lapwai and state of Idaho) rules. (One of the) differences (is) Monday through Thursday the bar has to close at 1 a.m. (to comply with) city of Lapwai (rules, which also don’t allow any beer or alcohol sales on Sunday, even at stores). Everything else is pretty standard.

BP: PK’s Place and its building are important to Lapwai. Why is that?

CS: It’s right in the middle of Lapwai (at) 221 South Main St. There’s plenty of customers (who) don’t want to drive to the bar or drive home, so they’re able to walk or ride their bike.

When my grandparents took over, it was across the street and 100 feet down the road. Eventually, I’m not exactly sure why, but they moved out of that building into the (one) we’re in now, which used to be apartments. I think it first started off as a hotel, but at the time, when they bought the building, it was apartments.

It’s a two-story brick building. It’s really old. There’s one picture we have where (it says it’s of Lapwai’s Main Street in the 1920s). This building is the only one that’s still there. The bar takes up most of the main floor, and then there’s a little apartment in back. That’s where my parents currently live. And then there’s an upstairs. And when I was a kid, that’s where me and my parents lived on that second floor. We moved up there because (my grandparents moved into the main floor).

The business has been passed down in my family for generations. A lot of the customers, they knew me when I was just a little kid. They will talk to me about stories about my grandma and grandpa or going to school with my dad. It’s a good place where people can come hang out or watch the games.

BP: Would you mind sharing an anecdote about PK’s Place?

BP: Your roots are in Lapwai. How likely do you think it is you will move back?

CS: I live in Lewiston. My daughter, she goes to school right now at Whitman (Elementary), and my wife has her photography studio downtown. She’s kind of established here.

Career history: He worked as the production coordinator in the shipping department of Howell Munitions in Lewiston before becoming the bar manager at PK’s Place two years ago.

She was a pharmacy technician at a CHAS clinic in Lewiston before founding Cody Seely Photography in downtown Lewiston.

Civic involvement: PK’s Place frequently sponsors Lapwai basketball and softball teams and is a part of the Lapwai Community Coalition.

Hobbies: The Seelys like spending time with their children, getting outdoors and traveling.

Clayton Seely’s great great uncle Kenny Billow purchased the bar, the family believes, around 1958. The bar had been operating for a period of time when Billow acquired it, but the Seely family doesn’t know how long that was. Seely’s grandparents, Jack and Sandy Seely, purchased it from Billow on Dec. 31, 1967. Seely’s parents, David and Julie Seely, inherited the business on March 19, 2004. On Sept. 14, 2020, Clayton Seely and his wife, Cody Seely, purchased the business.