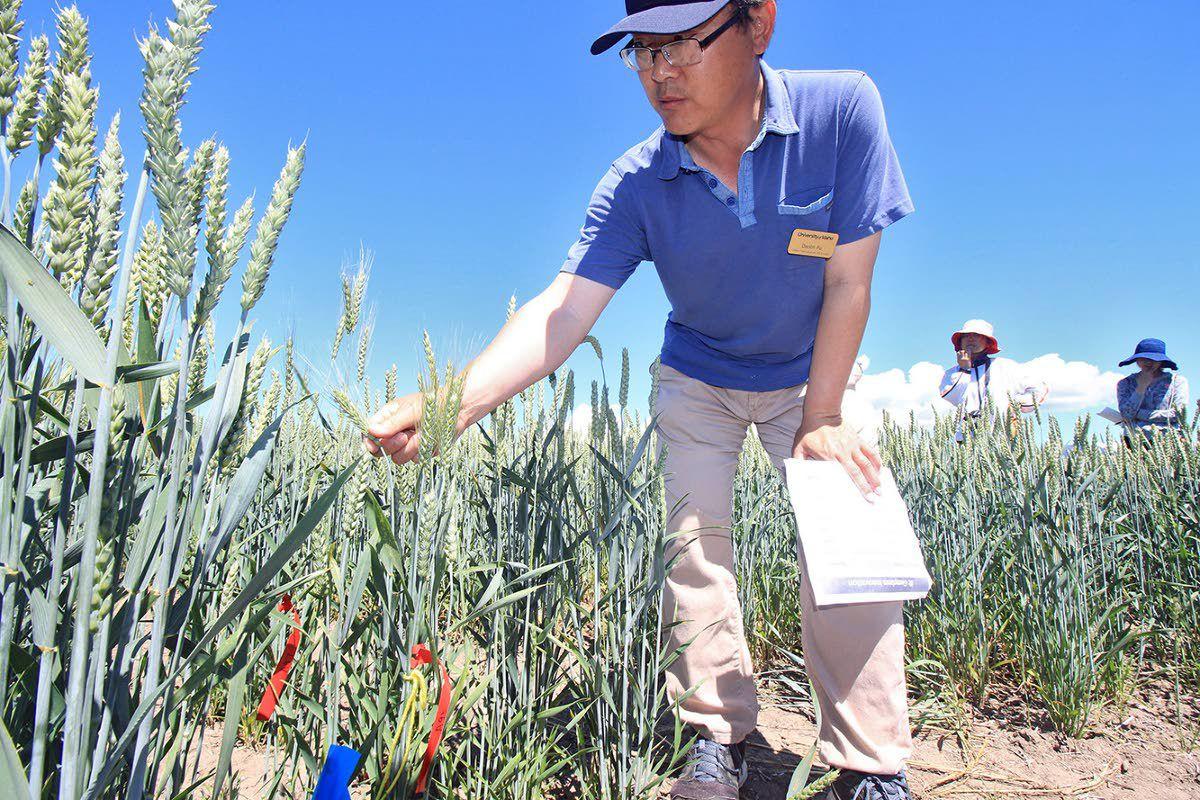 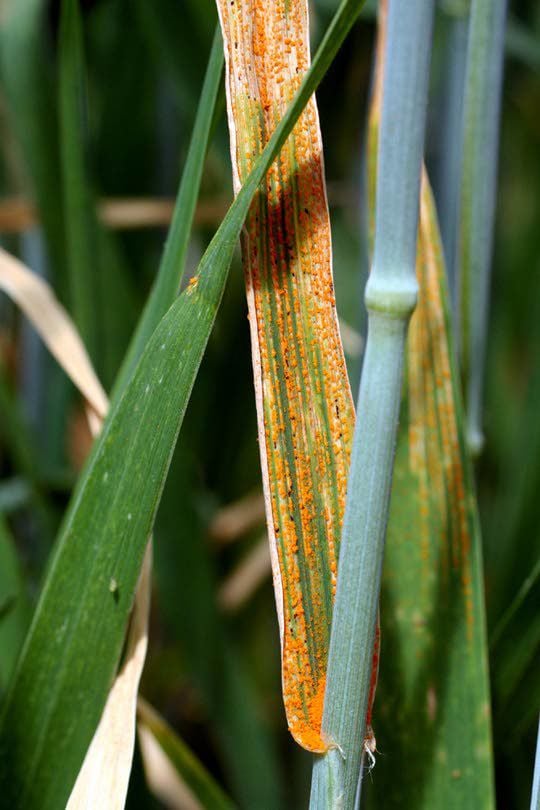 Symptoms of stripe rust are evident in this stalk of wheat.

Symptoms of stripe rust are evident in this stalk of wheat.

Researchers from the University of Idaho and Washington State University helped identify and clone a gene that can stave off a common disease found in Pacific Northwest wheat and barley.

Wheat stripe rust, or wheat yellow rust, is a serious fungal disease that poses a huge threat to wheat production in cool and wet regions, including major wheat producing countries like Australia, Canada, China, France, India and the U.S., according to the stripe rust resistance gene report.

One of the researchers, Daolin Fu, a UI wheat geneticist and assistant professor for the College of Agricultural and Life Sciences, said he and his fellow researchers hope the new gene improves the development of new wheat and barley varieties that will produce more dependable yields and reduce the need for pesticides to combat stripe rust.

He said researchers worldwide have identified more than 80 wheat stripe rust resistance genes, but this gene is only the eighth such gene to be cloned. He said it took almost the last 10 years to clone the gene.

“Most likely the gene would produce the broader spectrum resistance to many stripe rust races, but we tested only 11 in our research,” he said.

The genetic advance is significant considering the globe’s reliance on wheat.

According to the report, wheat is the largest acreage crop in the world. It was second in global production after maize, with roughly 220 million hectares and 760 million tons in 2018.

Wheat provides about 20 percent of global calories for human consumption.

“Because the world population is projected to increase by nearly 2 billion people within the next three decades, the increasing human population worldwide will place an even greater demand for wheat production globally,” the report stated.