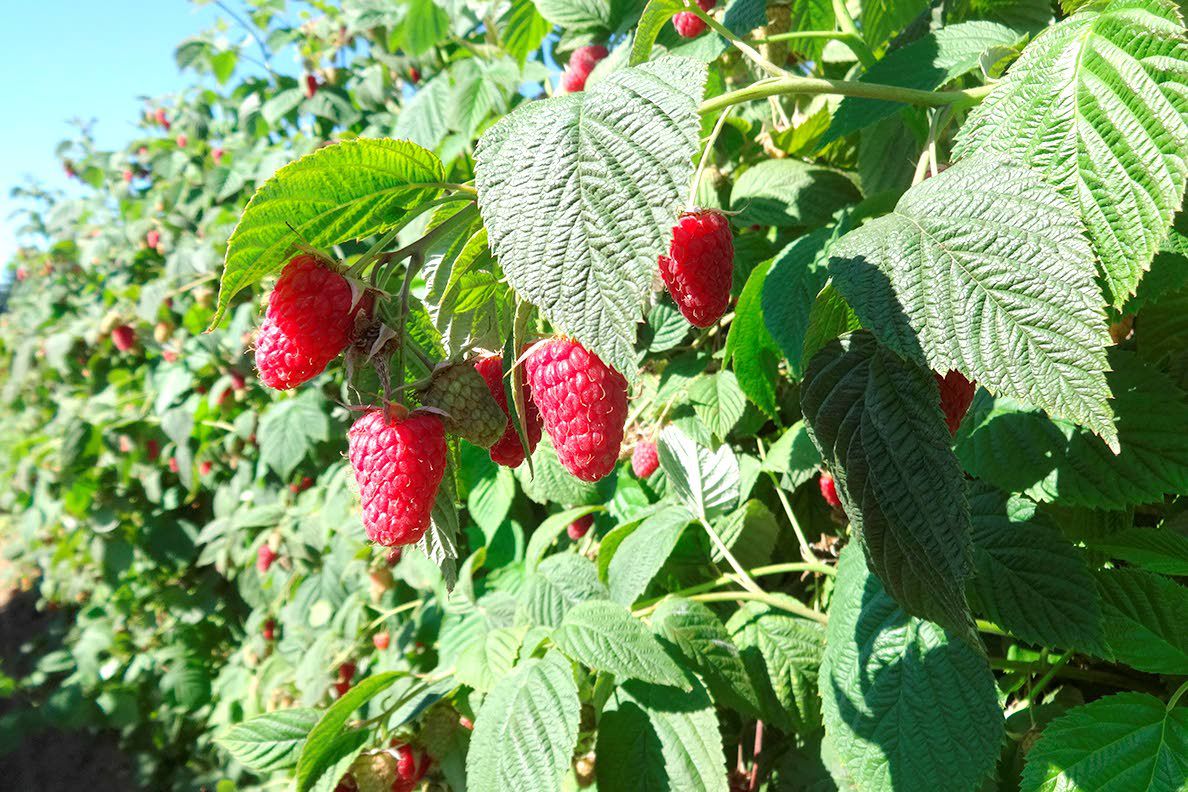 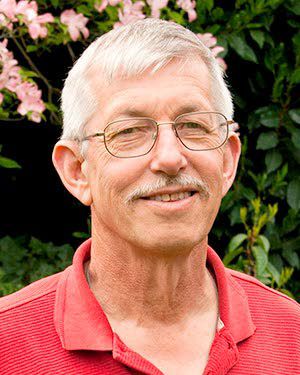 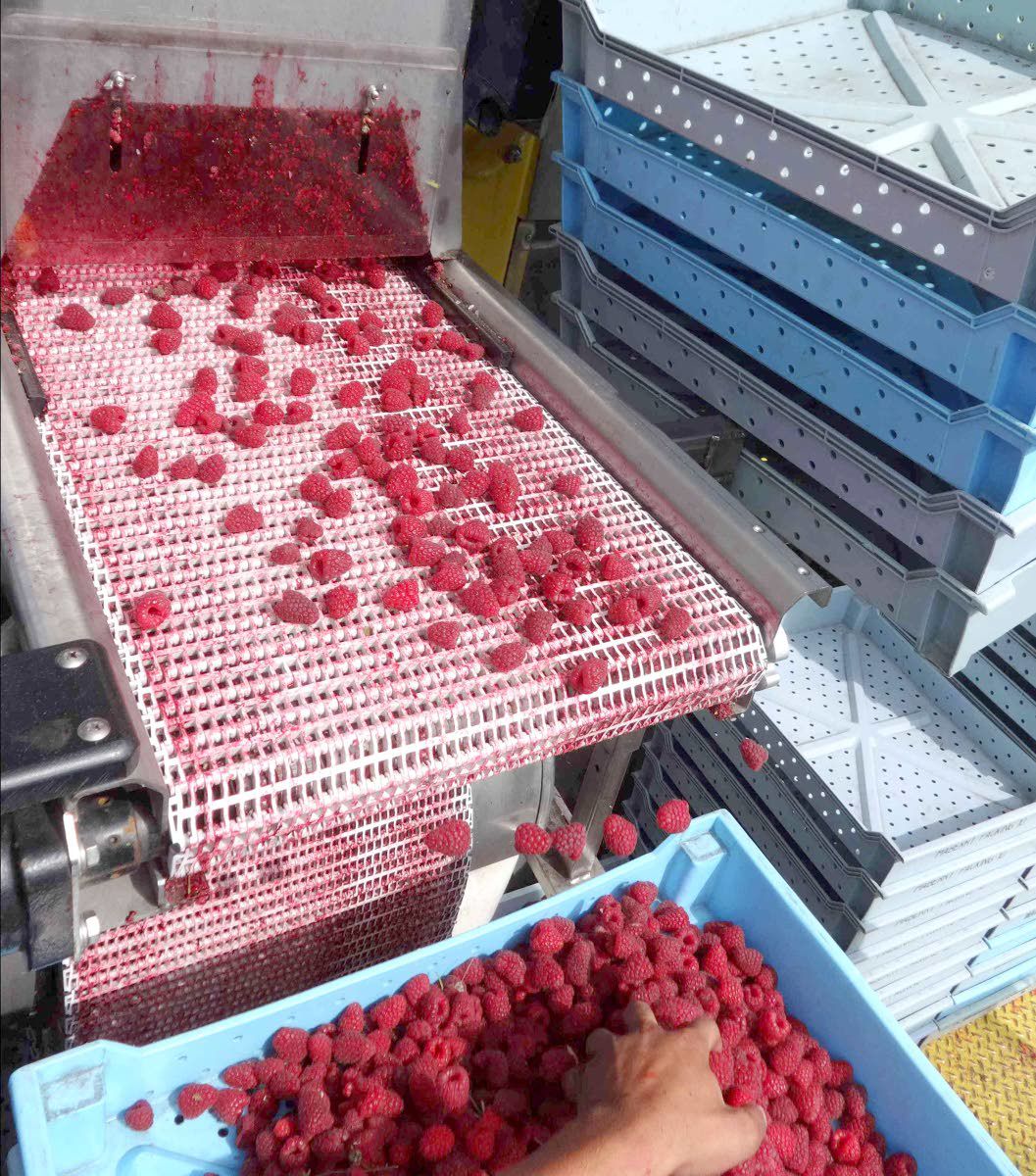 Cascade Premier raspberries roll off a machine harvester. The berries were bred to release easily at the right time, allowing growers to harvest firm fruit instead of mush. The new variety also grows its fruit-bearing branches to a uniform length, reducing damage to the canes from harvest and ensuring better yields.WSU photo

Cascade Premier raspberries roll off a machine harvester. The berries were bred to release easily at the right time, allowing growers to harvest firm fruit instead of mush. The new variety also grows its fruit-bearing branches to a uniform length, reducing damage to the canes from harvest and ensuring better yields.WSU photo

A new raspberry variety developed at Washington State University has survived 12 years of trials and evaluations, but still has one final hurdle to cross before it’s deemed a success.

Dubbed “Cascade Premier,” the variety was released to commercial growers last year. Its first full harvest is expected in the summer of 2021.

“It’s really the growers who decide if a particular variety makes it in the end,” said WSU research professor Patrick Moore, who began work on Cascade Premier in 2007. “If they put in a few acres and it doesn’t do well, they won’t plant it again. It won’t sell. So the final word (on Cascade Premier) is still out.”

Moore has developed nearly a dozen named varieties of raspberries during his 31 years at the university.

The breeding process begins by choosing which strains to use as the parent stock. Moore chose two noncommercial varieties for Cascade Premier: One has lots of very small “drupelets” — as the seed-bearing beads that collectively make up the berry are called — while the other has large drupelets.

“The combination results in a nice, large fruit with medium-to-large drupelets that come off the receptacle very easily,” he said.

The latter is an important feature for Washington raspberry growers, since most rely on machine harvesting.

“It’s actually better to machine harvest than harvest by hand,” Moore said. “With hand-picking, you have to be able to see the fruit, decide if it’s ripe and take it off without smooshing it. Machine harvesting is basically physics. The machine comes through and shakes the plant, and if the fruit is at the right stage it will fall off. You get a much more uniform harvest.”

Once a new cross is developed, it takes several years before it’s ready even for test planting. At various points along the way, Moore does a visual selection of the seedlings, flagging those he wants to propagate.

He’ll collect shoot tips from the seedlings he does like and propagate them by tissue culture. The aim is to get 10 to 15 plants from each selected seedling. Those will then be planted by cooperative growers.

“You have to wait two years for them to produce fruit,” Moore said. “We’ll machine harvest them and take samples. If it still looks good, we’ll propagate more.”

The next batch is grown at WSU’s Puyallup Research and Extension Center. The seedlings will be divided among several test plots, some of which are in areas known to have root rot, a soil-borne fungal disease.

“We’ll evaluate them for three years to see how many are still standing,” Moore said. “If a variety goes through all those steps and still looks good, then it moves on to (larger) grower trials. And if it makes it through that stage, we’ll come up with a name and recommend releasing it commercially. We’ll also apply for a plant patent, to protect our intellectual property.”

On average, he said, it takes about 15 years to develop one new berry variety.

Berry yield, the ease of release and the firmness of the fruit are probably the most critical qualities breeders select for, Moore said. Something in the neighborhood of 8-10 tons of berries per acre is what he shoots for, although that varies from year to year depending on growing conditions.

If a variety has good yield and firm fruit but lacks resistance to root rot or other diseases, he said, it might be crossed with a resistant variety to come up with a winner.

At this stage, he said, Cascade Premier seems to tick all the boxes. Besides good yield and easy release, it produces firm, flavorful fruit and has good disease resistance.

“It’s not a perfect berry, but it’s a good one,” Moore said.