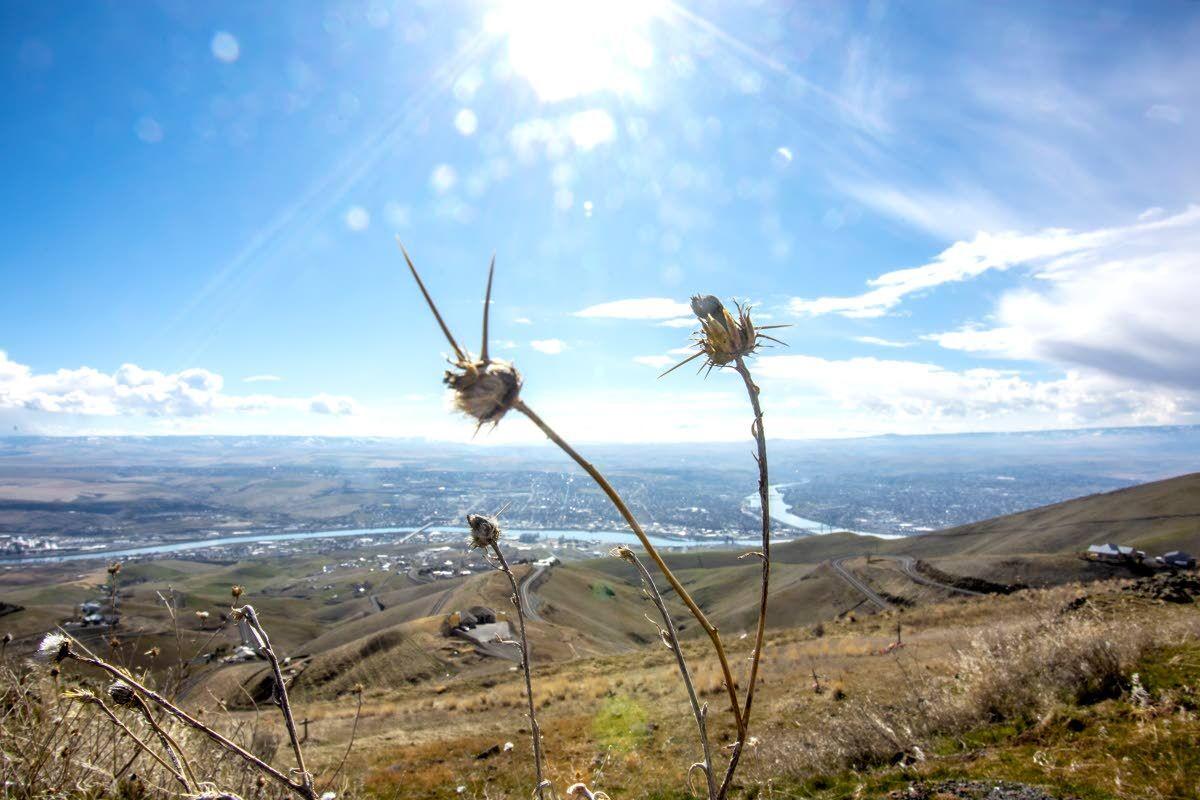 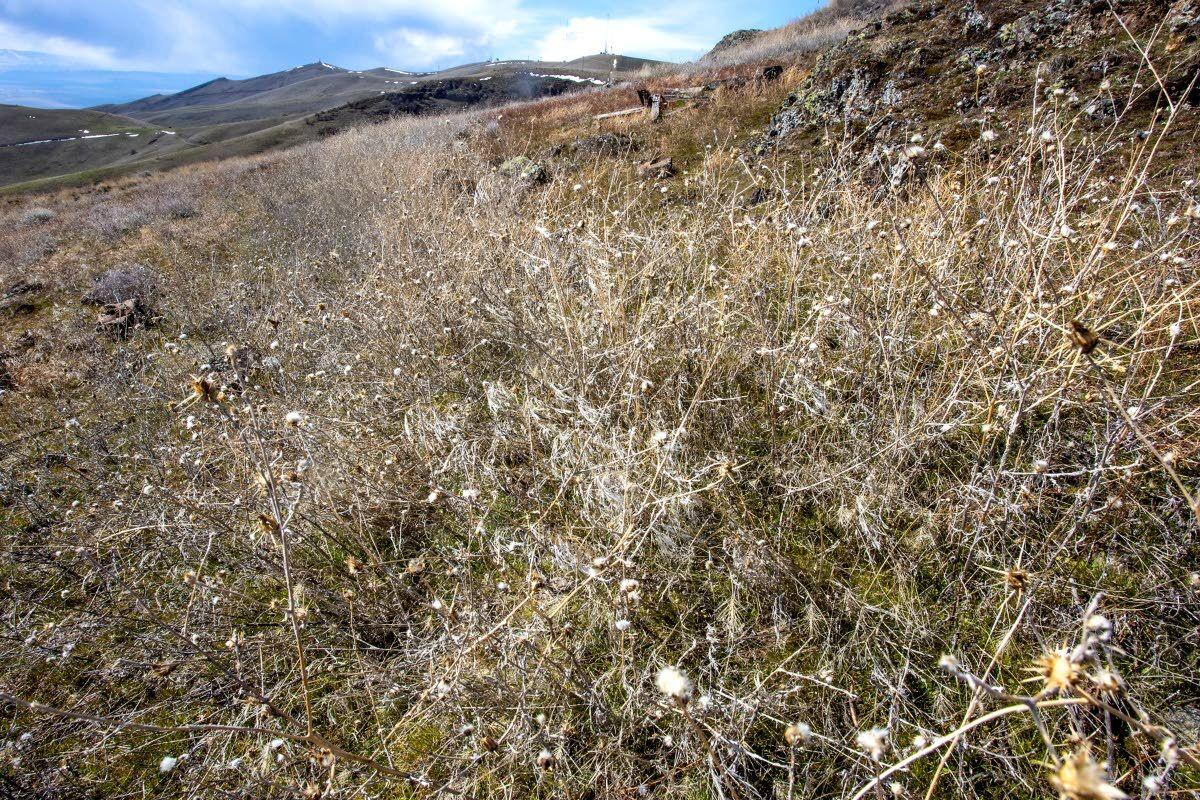 Dead yellow starthistle, an invasive species, covers the hillside near the top of the Lewiston Hill.

Dead yellow starthistle, an invasive species, covers the hillside near the top of the Lewiston Hill.

Yellow starthistle is a prevalent invasive species in Nez Perce County, and it’s almost time for property owners to once again combat the plant from overpowering their land.

“It likes that dry soil in the south-facing slopes where it gets really warm,” Rasmussen said.

She said the district recommends either grazing and grass seeding or biocontrol methods to destroy the plant, which, according to Invasive Species of Idaho’s website, is native to the Mediterranean and Asia.

Each June, the Nez Perce Soil and Water Conservation District collects tiny insects called hairy weevils and uses them as an agent of biological pest control against yellow starthistle, Rasmussen said. The weevils eat the yellow starthistle’s seed heads, so the plant does not have seeds to drop.

Rasmussen said the conservation district has been practicing this for a long time, and there is a good population of the insects in Nez Perce County. The district provides private landowners and sometimes state agencies and Nez Perce County with the insects to help destroy the plant on their land.

She said the conservation district also helps landowners in grazing management to control the invasive species. Goats and cattle can do the job by fencing them in an area where yellow starthistle is present, a management practice that should be implemented in April or May.

After grazing, grass seed should be distributed in the grazed area to overpower the yellow starthistle, Rasmussen said.

“You have to have something that competes with it,” she said. “So even if you sprayed it or used the biocontrol insects, there has to be another plant there to grow to take up the water and nutrients to compete with the yellow starthistle, and that is the long-term strategy to convert the yellow starthistle areas back to grasses.”

If a wildfire burns an area of yellow starthistle, Rasmussen said the conservation district notifies the landowner that grass seeds can be planted on the bare land to overpower the starthistle seeds.

Spraying herbicides is another management practice for yellow starthistle, but she said not many landowners in the county use that method because of the expense.

Besides yellow starthistle, Rasmussen said the conservation district soon will start methods to control other plants, like poison hemlock and reed canary grass.