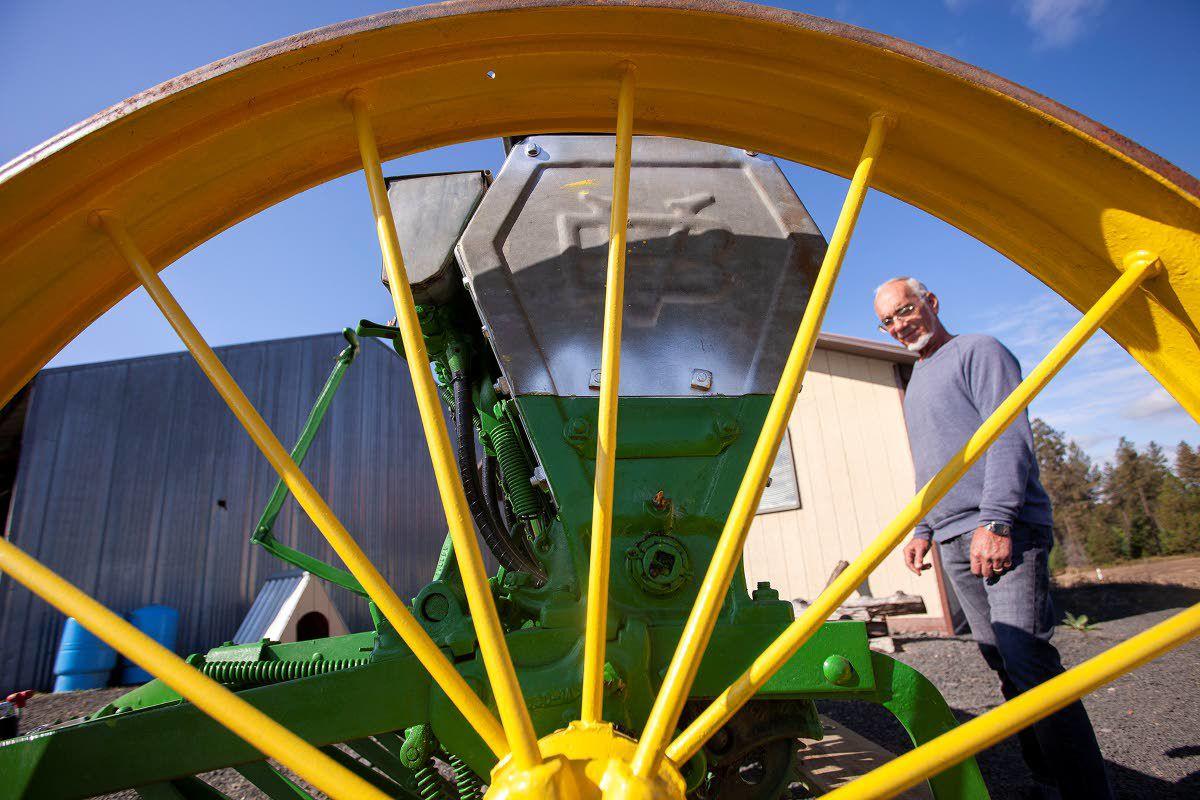 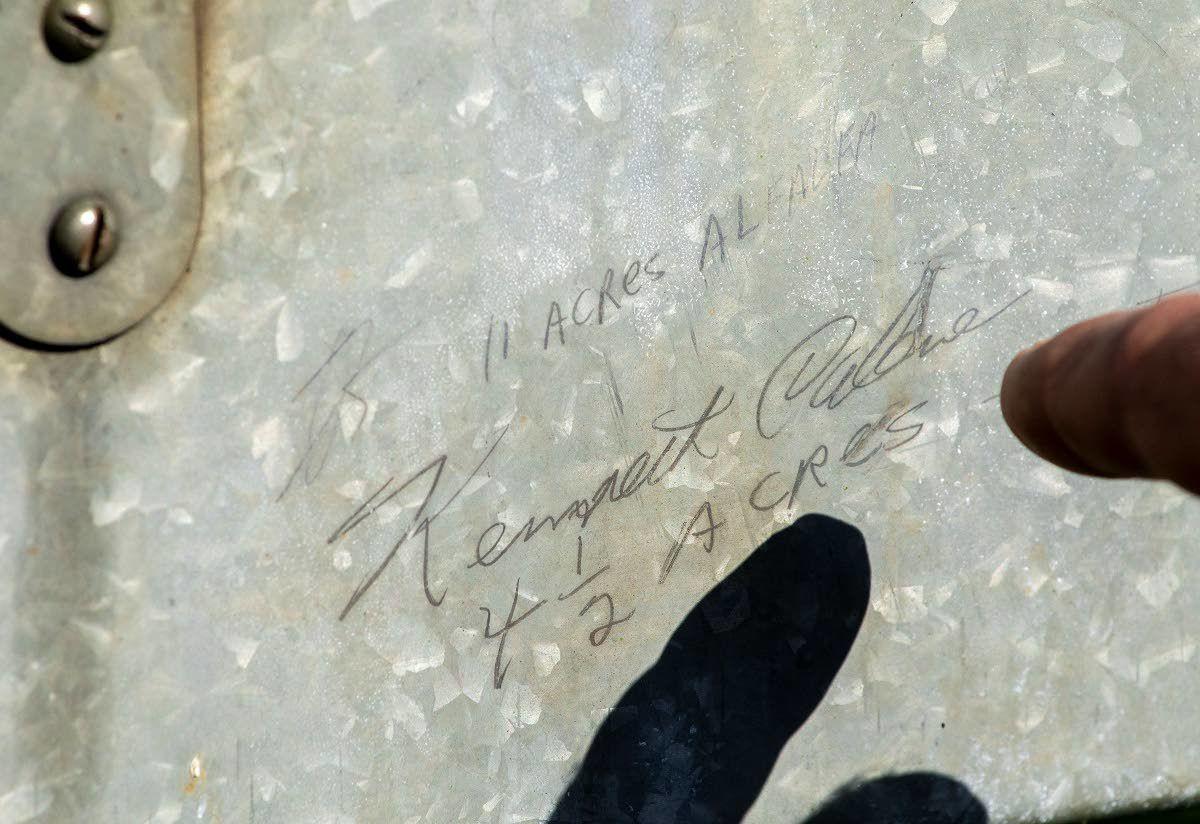 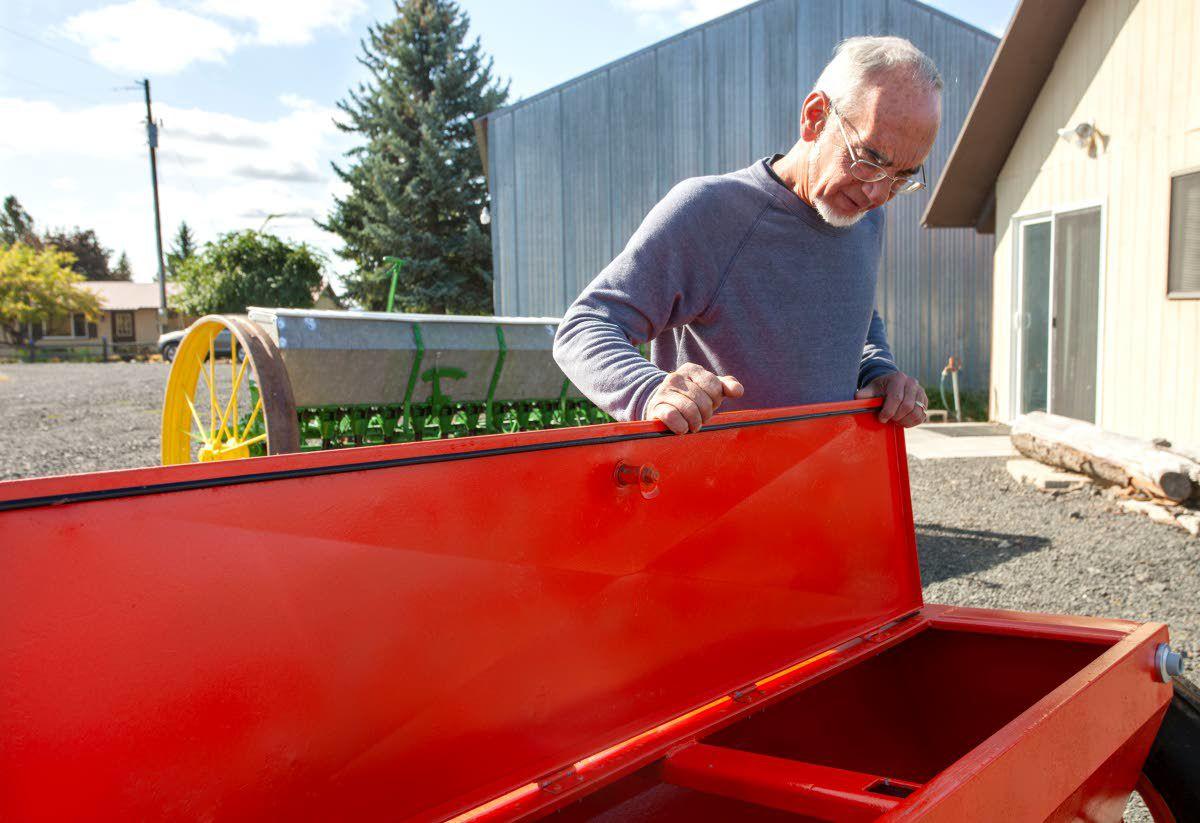 Richard Corey talks about the Ezee Flow Corporation fertilizer spreader that he restored at his home near Deary. The spreader belonged to Corey’s grandfather, Kenneth Wilkins. 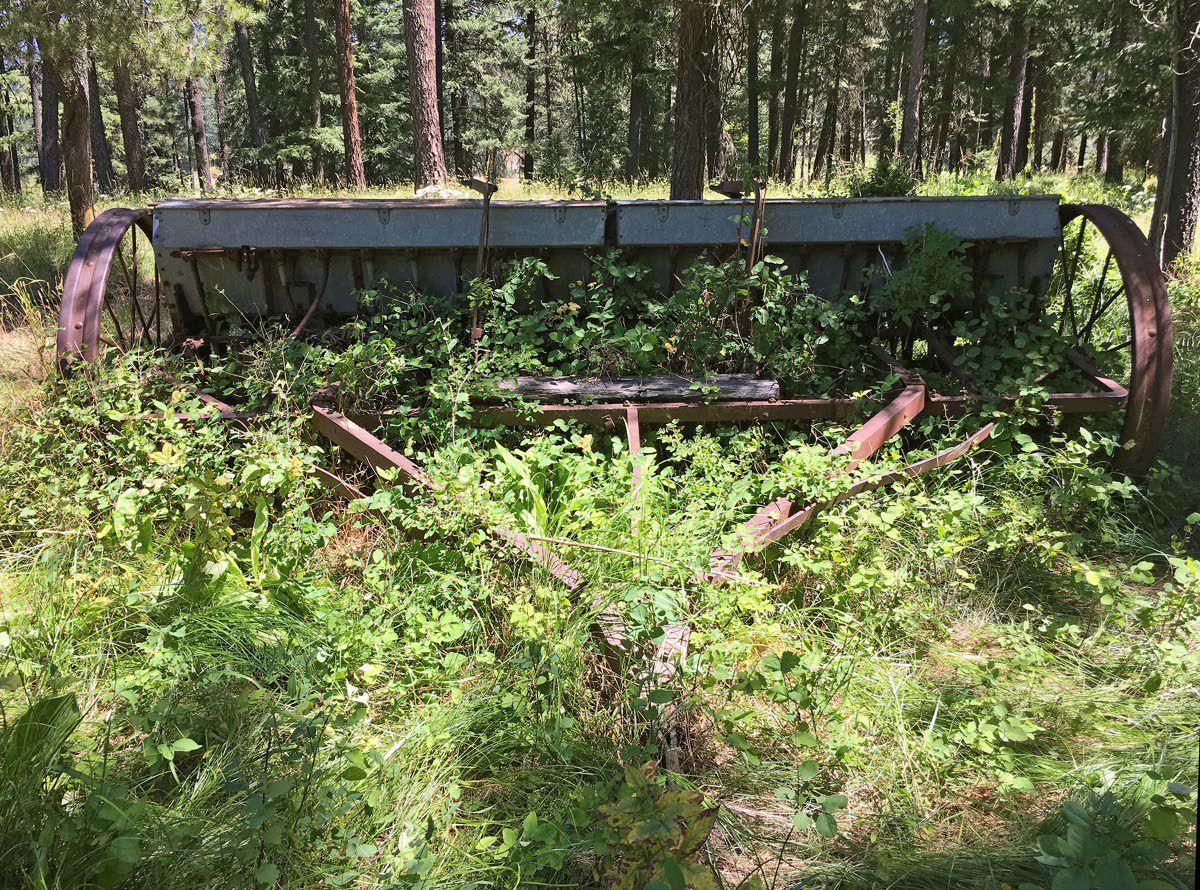 A 1930s John Deere seed drill as it looked before Corey restored it.

Richard Corey talks about the Ezee Flow Corporation fertilizer spreader that he restored at his home near Deary. The spreader belonged to Corey’s grandfather, Kenneth Wilkins.

A 1930s John Deere seed drill as it looked before Corey restored it.

Old farm equipment — with grasses and weeds hiding the valuable purpose the machinery once served — often is left in fields to rust away.

Richard Corey, a 66-year-old Deary resident, recently went against the grain when he brought a rusty seed drill and fertilizer spreader from his father’s property back to life.

The fifth-generation Deary resident said his pasture northwest of Deary had probably not been tilled for at least 30 years and an invasive weed species called Ventenata was taking over the land.

So, it was time to take action.

He knew he needed a way to plant seeds and fertilize the pasture after tilling it, but farming equipment can cost thousands of dollars and he would only need to use it sparingly. Corey said his father told him about equipment sitting in his woods. They belonged to Corey’s grandfather.

“The drill had a 10-foot fir tree growing up through it,” Corey said.

“I got to looking at it and, you know, I think these are salvageable,” he said of the drill and spreader.

The John Deere drill was made in the 1930s but Corey was unsure how old the spreader was.

His grandfather’s pencil handwriting is still visible on the galvanized steel spreader box with dates in 1949 and 1950 included in the notes.

Corey dragged the machines out and started the restoration process on the decades-old equipment.

“I had the time and the interest and, fortunately, I think enough mechanical aptitude to work on them and have fun doing it and get something useful in return,” said Corey, a retired computer programmer and information technology manager.

Much of the restoration consisted of grinding away rust. He said a couple parts of the machines were not salvageable, so he was forced to buy parts. He manufactured other pieces.

The spreader was much easier to restore because of its large flat surface.

“You’ve got a lot of intricate little pieces on this drill,” he said.

Corey tested the drill’s mobility and is confident it will work this fall when he plans on sowing seeds.

Besides restoring the drill, spreader and last winter a bicycle from his youth, Corey said he has never restored anything and is by no means an expert.

He said he has always had tremendous admiration for those who restore things, like classic cars.

“I’m kind of a do-it-yourselfer, so I got what I wanted and it was kind of meaningful too,” Corey said.