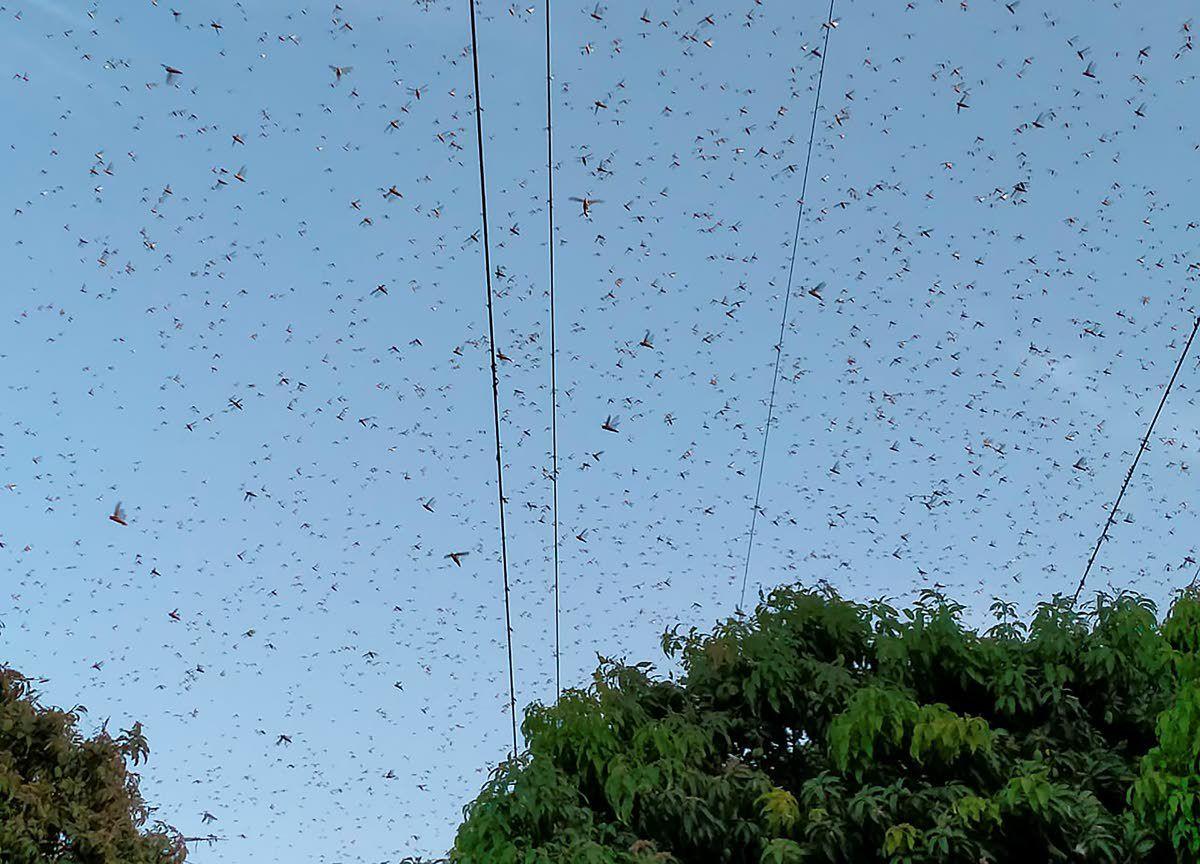 Locusts swarm above a mango tree orchard Friday in Muzaffargarh, Pakistan. Pakistani officials say an outbreak of desert locusts is spreading across the country posing a threat to food security. 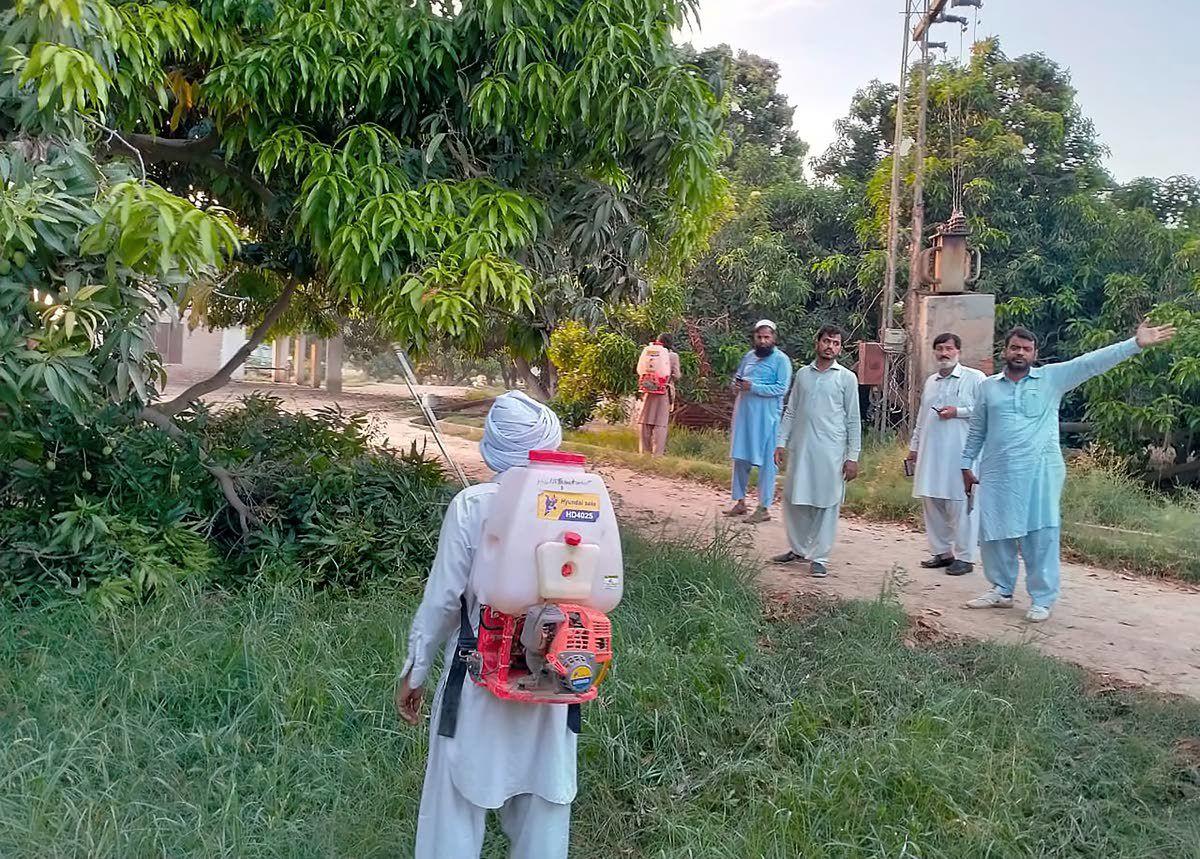 Locusts swarm above a mango tree orchard Friday in Muzaffargarh, Pakistan. Pakistani officials say an outbreak of desert locusts is spreading across the country posing a threat to food security.

MULTAN, Pakistan — An invasion of locusts has spread across Pakistan, officials said Friday, causing damage to crops and orchards and posing a threat to food security in an impoverished Islamic nation already struggling to tackle a virus pandemic that has caused more than 1,300 deaths.

Massive swarms of the desert locust, which experts say originates in Africa and is the most destructive of the locust species, began damaging crops in Pakistan last month.

But the situation worsened this week and authorities began dispatching aircraft and spraying machines filled with pesticides mounted on vehicles to eliminate the insects, which are roughly the length of a finger and fly together by the millions.

Farmers could be seen wading through clouds of the insects as some tried to kill them with sticks.

“We have intensified efforts to save our crops from any further invasion of locusts,” Syed Fahar Imam, national food security minister, said Friday. He said the government will buy five more aircraft for spraying crops.

The insects have wreaked havoc on swathes of farmland in eastern Punjab, southern Sindh and southwestern Baluchistan province. They also attacked crops in the northwest bordering Afghanistan.

The locusts have also brought agricultural destruction to neighboring India, where critics pointed the finger at Pakistan as a new breeding ground for the desert locusts. Pakistani officials said no country should blame another for the situation, but all affected countries need to make collective efforts to prevent a possible food crisis in the region.

Farmers say while crops of rabi, a type of grain, were sown in winter and harvested in the spring, locusts are damaging cotton and vegetable crops sown in April.

“I have already lost my cotton crop and vegetables because of these locusts,” said Abdul Rehman, a farmer in Baluchistan province. He wondered what they would eat if the locusts continued unchecked.

The National Disaster Management Authority said resources were being mobilized and operations were underway to curb the locust invasion.

In a statement, it said 1,150 teams of experts have expanded operations by spraying swarms of desert locusts in 61 districts across the country. Arrangements were also being made to combat another possible attack of desert locusts expected in July and August.

Meanwhile, Pakistan has struggled to contain the spread of the novel coronavirus, with more than 64,000 cases confirmed and more than 1,300 fatalities. The country on Friday reported 57 virus-related deaths in the past 24 hours, its most in a single day since the outbreak began in February.

Infections increased recently across Pakistan, including in the capital of Islamabad, after the government eased lockdown restrictions, ignoring warnings from medical professionals.

Despite increasing numbers of cases and virus-related fatalities, Pakistan announced Friday that it would resume international air travel, starting Saturday, after flights were suspended in March to contain the spread of virus. It said all required measures will be taken for the safety of passengers by deploying medical teams at airports to screen passengers and cabin crews.