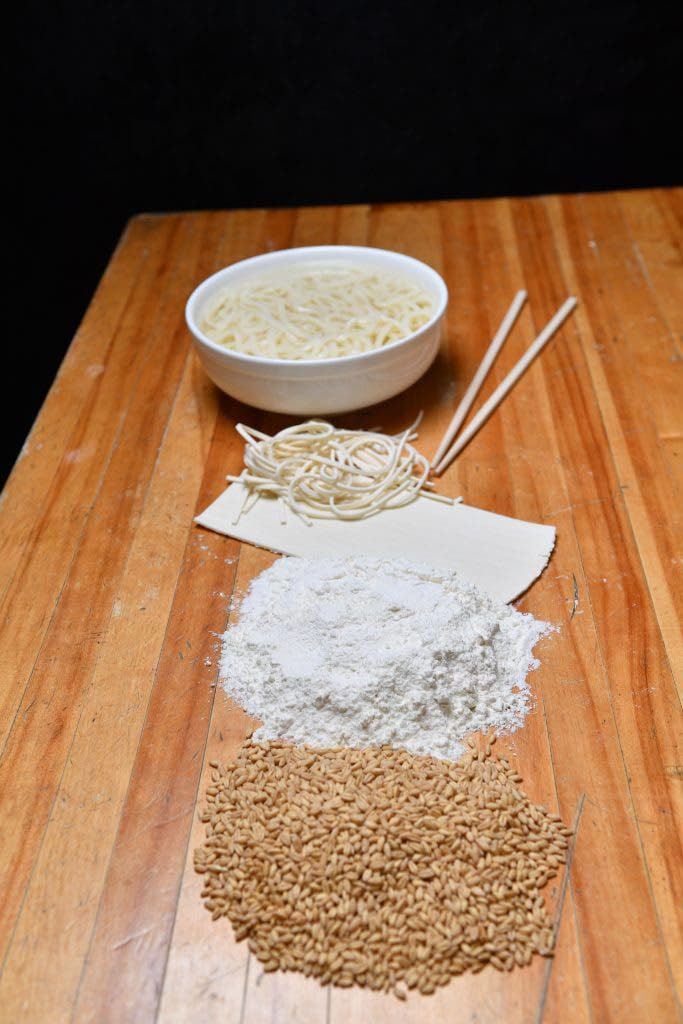 ABOVE: Shown from grain to bowl, WSU’s newest spring wheat, Ryan, has developed a reputation as an outstanding main ingredient in fresh udon noodles. This is the first year that Ryan has been widely available to farmers. BELOW: Freshly ground Ryan flour. 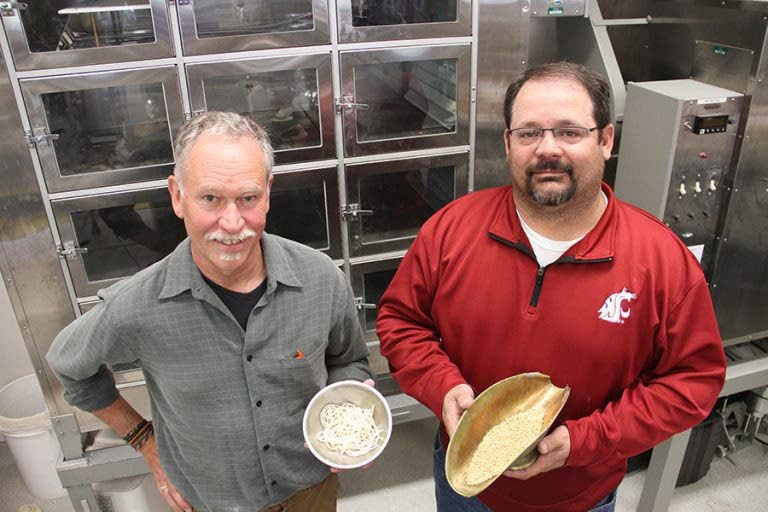 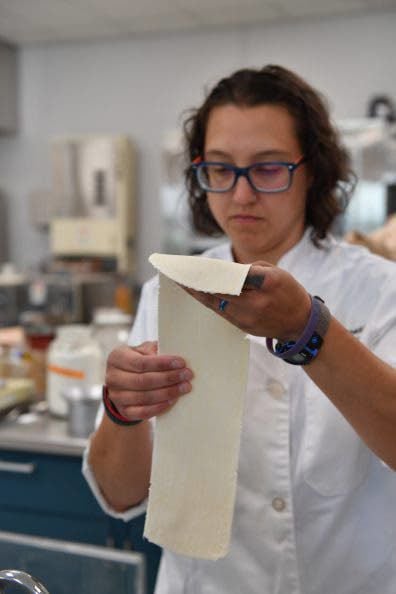 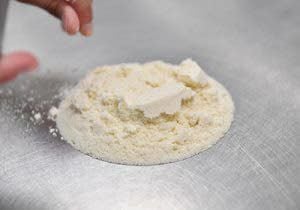 ABOVE: Shown from grain to bowl, WSU’s newest spring wheat, Ryan, has developed a reputation as an outstanding main ingredient in fresh udon noodles. This is the first year that Ryan has been widely available to farmers. BELOW: Freshly ground Ryan flour.

PULLMAN — Ryan, the newest spring wheat variety from Washington State University, is winning over Northwest farmers and grain buyers across the Pacific, thanks to its surprising ability to create an outstanding fresh noodle.

This is the first year that Ryan has been widely available to farmers. Introduced in 2016 and only available in limited quantities until this year, Ryan led all public spring wheat varieties for certified seed production in Washington last year, according to the Washington State Crop Improvement Association.

Not only is Ryan expected to dominate spring wheat acreage this year, WSU scientists say it could transform the market for wheat growers and their customers, here and abroad.

“The wheat industry is already setting Ryan apart, keeping it identity-preserved so dealers can sell it for noodles at a premium,” Pumphrey said. “That’s something we’ve never seen with a WSU wheat.”

A staple of Japanese cuisine, udon are thick wheat flour noodles, served in hot, flavored broth. Udon and similar Asian noodles are made from soft wheat varieties, with most premium noodle wheat coming from Australia. With Ryan, Northwest farmers have a chance to break into the premium noodle market.

Inside the gleaming test kitchen at USDA’s Western Wheat Quality Lab in Pullman, cereal chemist Alecia Kiszonas mixes water, salt and flour into a ball that she then runs carefully through a vintage 1971 Japanese sheeter, repeating the process several times.

“Feel how smooth and soft it is,” said Kiszonas, handling the resulting flat, creamy rectangle of dough. “This is the mark of a really great udon flour.”

“Mike hit a home run for noodles with Ryan,” he said.

For udon, consumers prefer noodles that are soft inside, but firm on the surface. Ryan has a desirable mutation called partial waxiness, giving it high levels of a starch molecule called amylopectin, ensuring a chewy, bouncy bite.

At the same time, Ryan has outstanding qualities for traditional cakes, cookies and crackers — “the sort of thing that a soft white wheat is supposed to do,” Pumphrey said.

Tested at 18 locations across the state, Ryan has topped WSU’s variety trials for yields in the low, medium and high-rainfall growing areas of eastern Washington.

“Whether we have an early, dry hot year or a late, wet, cool year, Ryan has been at the absolute top of the line for spring wheat yields,” Pumphrey said. “It’s high yielding in a lot of different conditions.”

WSU scientists bred Ryan for dependable resistance to the stripe rust pathogen, which has been an annual yield-shrinking problem for Washington farmers. Ryan also has strong resistance to hessian fly, a major pest of spring wheat.

With soils becoming more acidic across the region, Ryan has high tolerance for low pH, because of resistance to aluminum toxicity caused by acidity in the soil. The variety also matures early for a spring wheat, helping farmers to begin harvest closer in timing to their winter varieties, saving time and labor costs.

The variety is named for Ryan A. Davis, a WSU alumnus and former manager of the university’s Spillman and Cook research farms, who died in 2016 at age 38 following a battle with cancer.

Davis grew his namesake wheat’s “mother” variety, Diva, at Spillman Farm. The other parent was an experimental line from the University of Idaho in Moscow.

“Ryan managed the land where we do so much of our work,” Pumphrey said. “He was a passionate agriculturalist, a great farm manager, and a positive influence at WSU. We wanted to honor and remember his contributions.”

The path to Ryan represents generations of work by managers, breeders and scientists at WSU.

“The combination of traits we need for a successful variety comes from the contributions made by many different people specializing in pests, diseases, environmental stresses and baking and cooking qualities,” said Pumphrey. “The DNA and the knowledge go back a century.”

“Every one leaves saying ‘This is what they want, and how can we get boatloads?’ ” Pumphrey said. “In the Northwest, we’ve got a tradition and reputation for producing extremely high quality, clean wheat. Now, when you add additional value, this is exactly what our farmers want.”

Pumphrey said he knew Ryan was a winner when it was first tested against other varieties in 2012.

“It had the right agronomic and disease package,” he said. “The bonus was the noodle properties.

“Before release, we’d never made udon, or done a taste or mouthfeel panel,” he added. “We were floored. Now, when we do, it always wins.”

Pumphrey and Kiszonas both say the same thing about Ryan’s star noodle quality.

Development of Ryan wheat was funded by the Washington Grain Commission, the U.S. Department of Agriculture’s National Institute of Food and Agriculture and Washington State University.