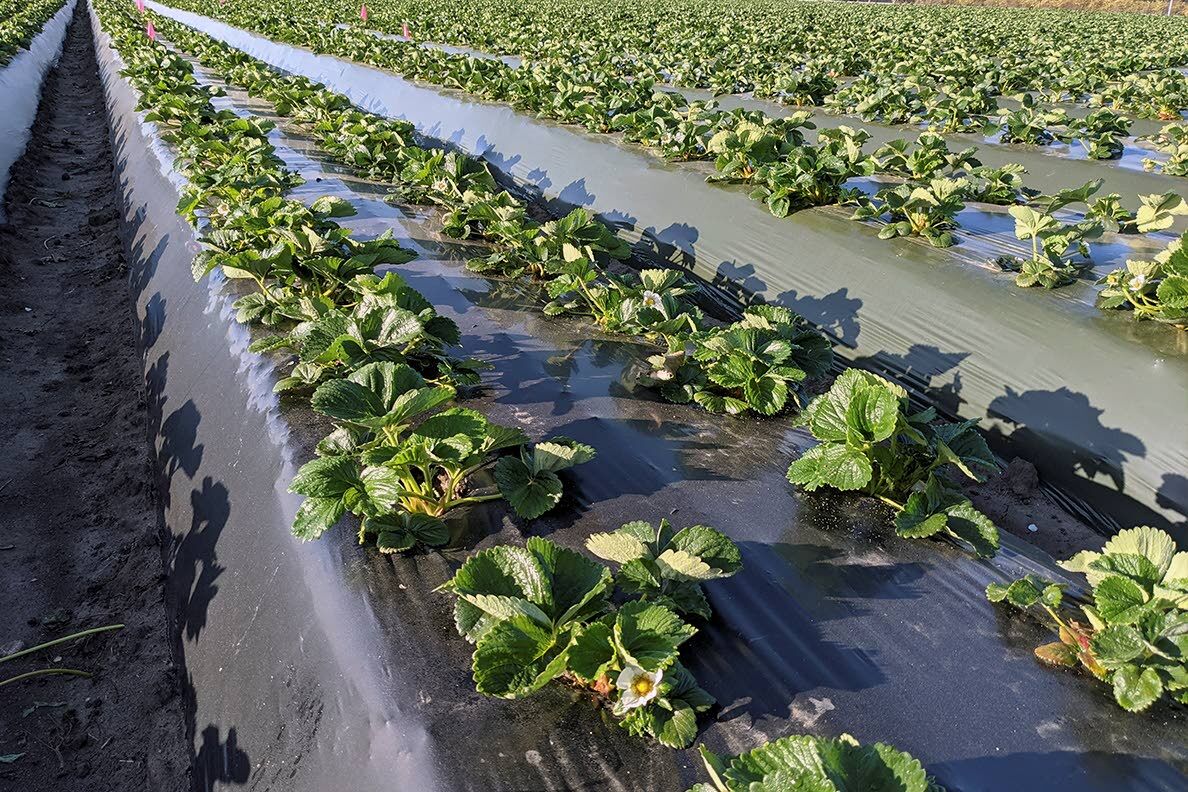 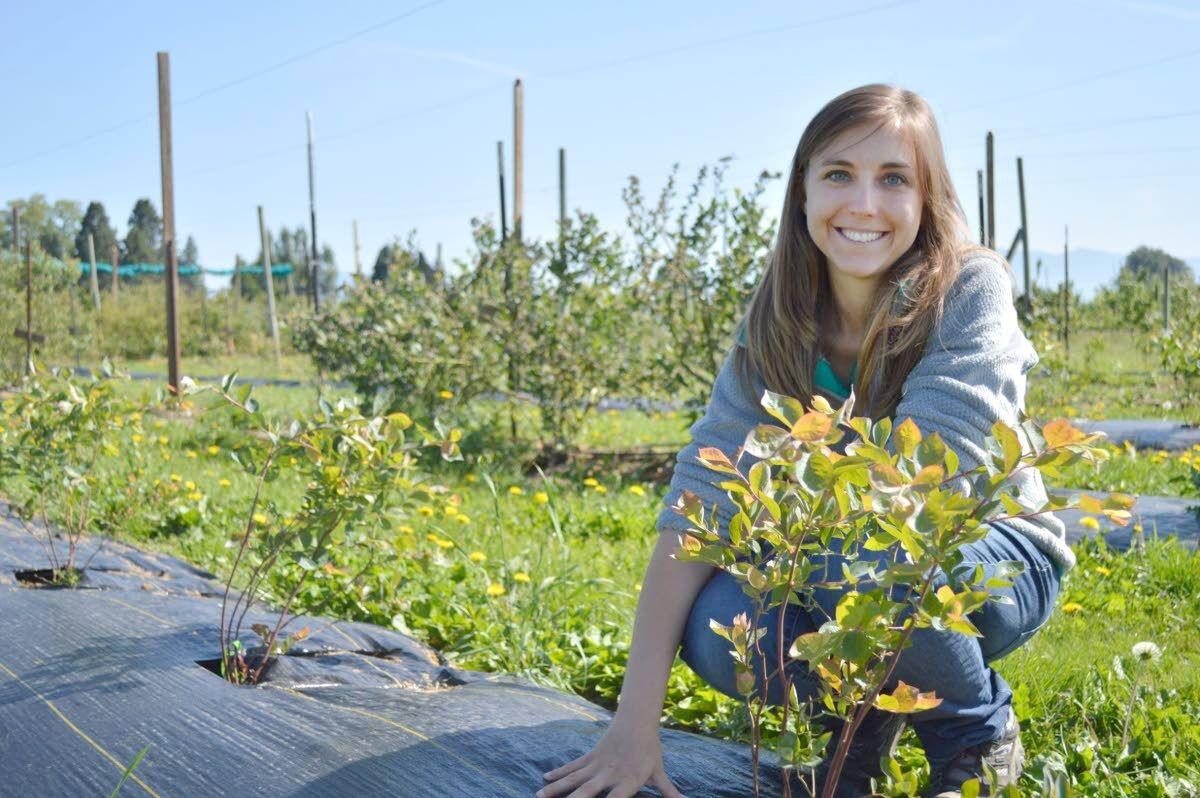 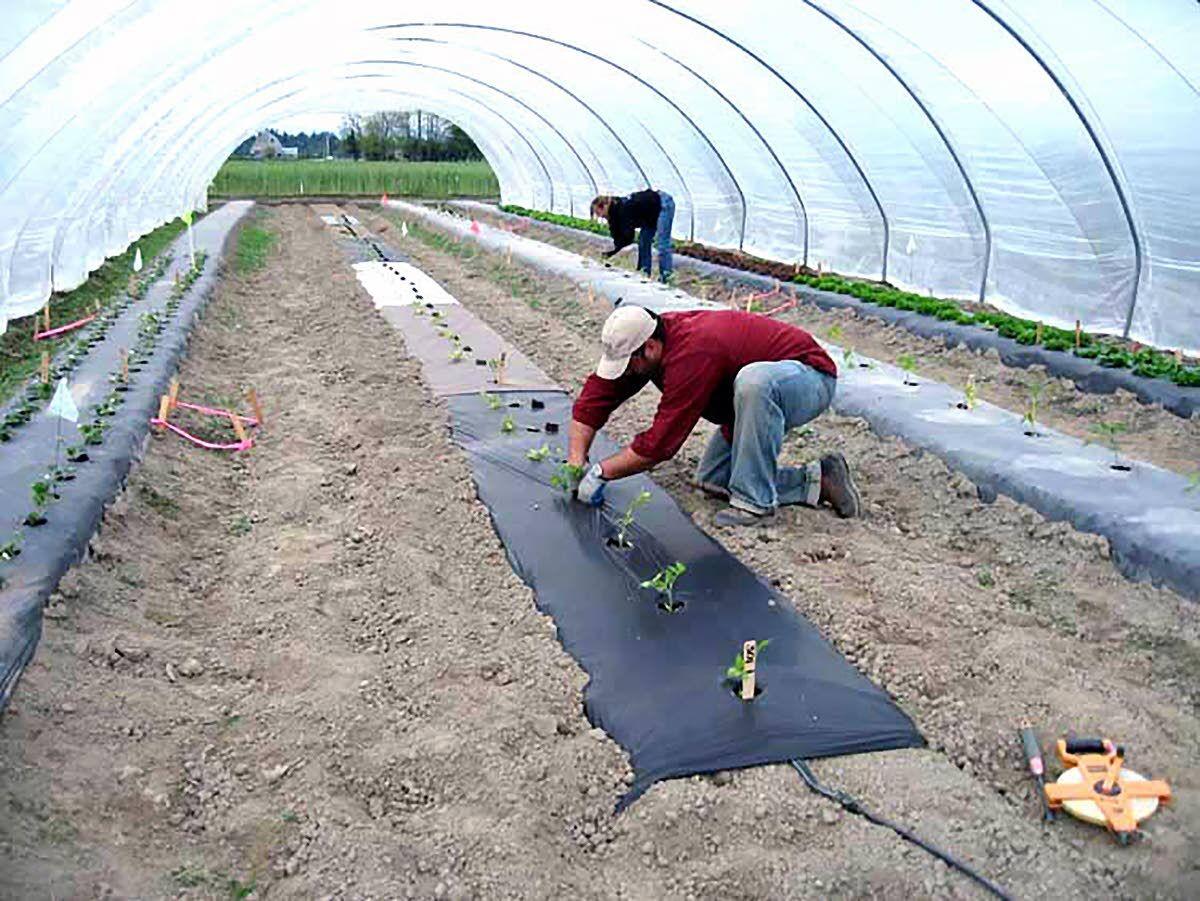 Tomatoes are transplanted in biodegradable mulch test plots growing under a high tunnel. 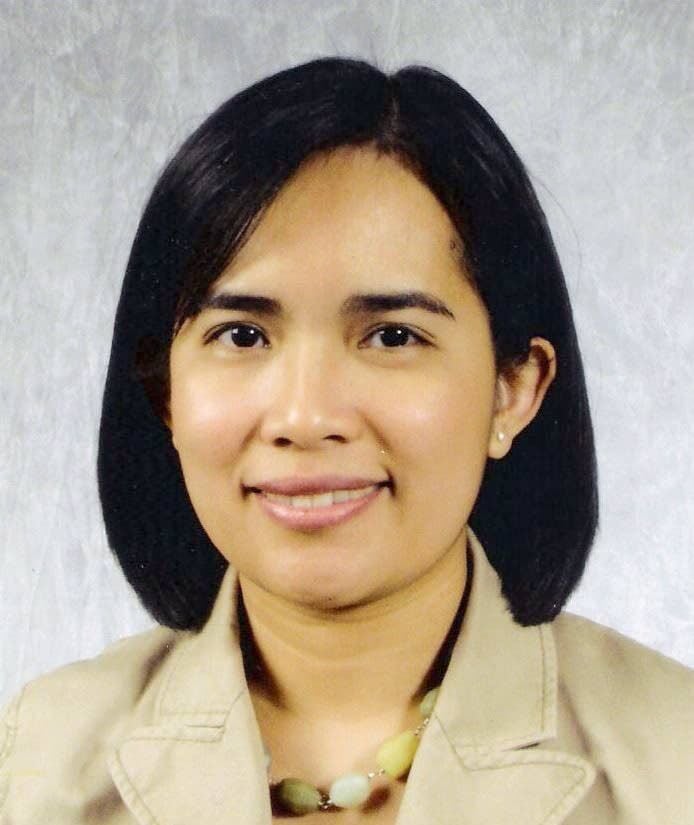 Tomatoes are transplanted in biodegradable mulch test plots growing under a high tunnel.

Scientists at Washington State University are working to introduce a better, more sustainable mulch and weed blocker for organic farmers.

Demand continues to grow for organic fruits and vegetables, which are raised without synthetic fertilizers and chemicals. But many farmers who grow organic crops, such as blueberries, strawberries, onions and broccoli, still rely on traditional plastic mulch — long strips of plastic sheets — to block weeds, maintain a steady soil temperature and conserve moisture. All that plastic eventually ends up in the landfill, costing farmers and burdening the environment. Worse, some plastic is burned or tilled into the soil.

“Plastic mulch has to be 100 percent removed in certified organic production,” DeVetter said.

Even when the sheets are pulled from the soil, however, they usually leave behind plastic fragments that pollute and can harm soil health. Recycling these plastic sheets is difficult because of soil and plant residues that remain stuck to the mulch.

Farmers already have access to soil-biodegradable mulches, which are made from cellulose and a blend of polymers that come from plant-based and synthetic sources. But existing products don’t meet the federal National Organic Program’s requirements for organic farming. None are fully bio-based, and their ingredients often come from genetically modified organisms and are made using nonorganic methods.

The WSU research team is testing a new solution: biodegradable mulches that are made with fully organic-approved ingredients.

“We’re designing products that can give organic growers more options to get the benefits of mulching, while reducing plastic waste. Many crops could benefit,” DeVetter said.

Current biodegradable mulches are applied using a machine that lays down plastic sheets. One alternative, hydromulch, is applied as a spray with a mix of fibers and water. The research team will test the best technologies to apply their new organic mulch and will also examine its economic feasibility in strawberries, blueberries and other crops. They plan to work with organic farmers and other scientists throughout the project.

Soil-biodegradable mulch generally performs the same as standard plastic, and growers may save money by switching.

“Part of our work is to evaluate the economic feasibility of adopting hydromulch in organic production systems, such as in blueberries,” Galinato said. “Using hydromulch in the fields can potentially generate savings for the grower-operator, such as labor costs for mulch removal and disposal costs.”

The new organic mulch has shown promise in testing on carrot fields in North Dakota. The research team will study how it performs in blocking weeds, saving moisture and maintaining soil health in Northwest strawberry and blueberry fields as well as crops in the Midwest and High Plains.

“We will also account for the expected benefits and costs of hydromulch and compare with standard practices,” Galinato said. “It’s important to assess the net profitability of alternative mulch practices, so we will provide growers an interactive tool that will help them evaluate if using hydromulch is profitable for their enterprise.”

Northwest Washington-based WSU scientists have been investigating the challenge of sustainable mulch for more than 20 years.

“I am very excited to work with new materials and developing technologies that could help sustainability grow organic, specialty crops in an economical way, while reducing plastic waste,” DeVetter said.