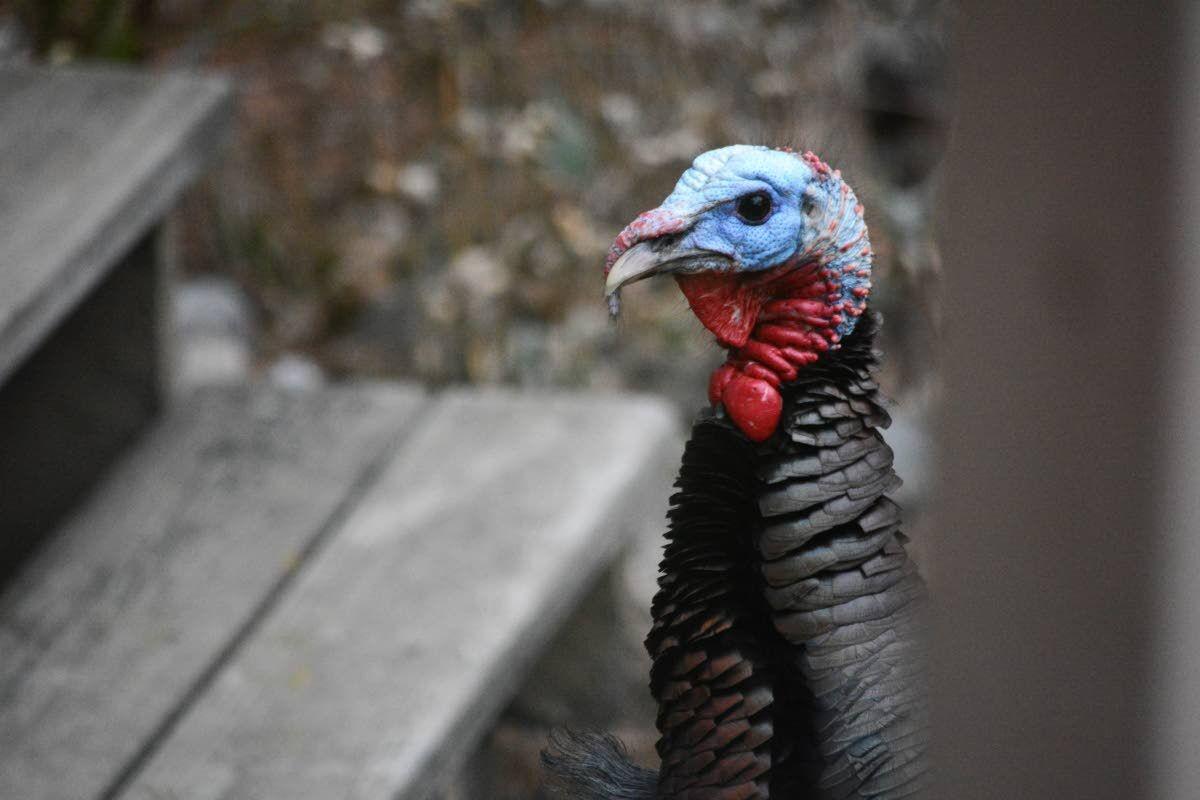 Backyard turkeys have been roaming with confidence within city limits, unbothered by thoughts of becoming the centerpiece of a Thanksgiving meal.w 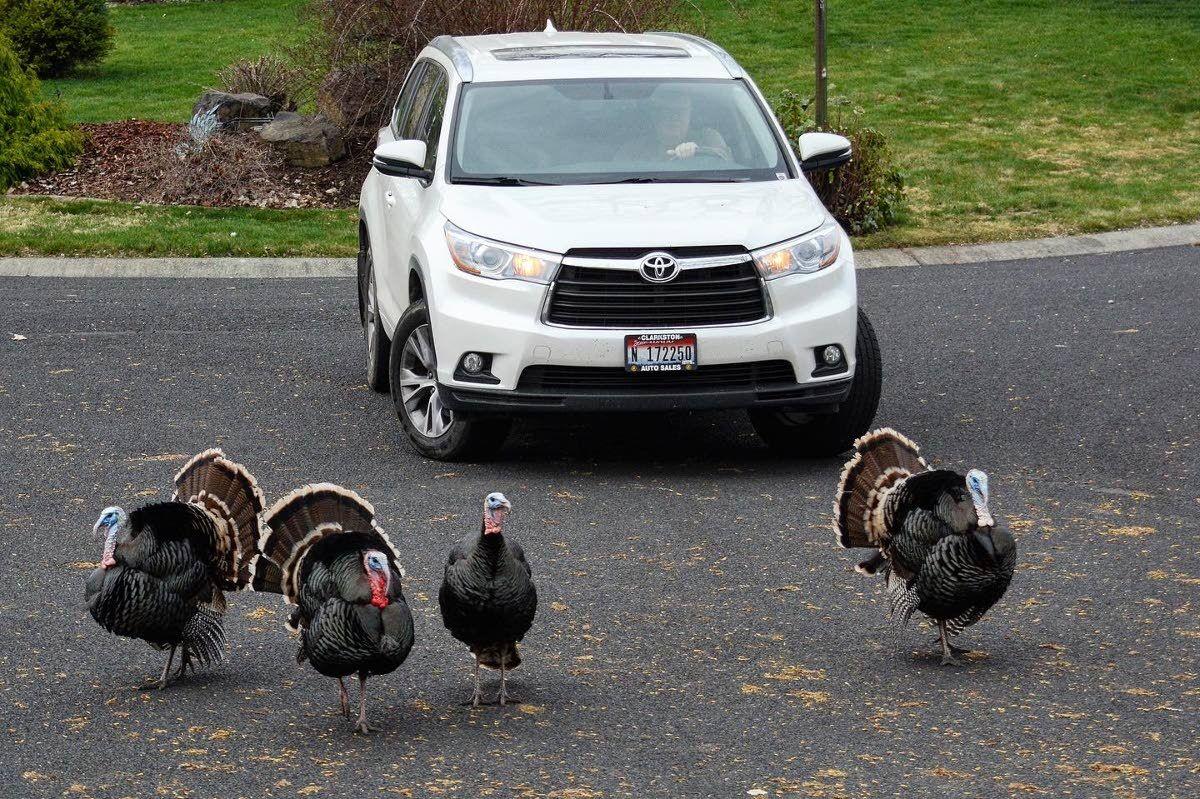 In an Idaho version of a traffic jam, wild turkeys take their time crossing a street in Lewiston’s Elks Addition.

Backyard turkeys have been roaming with confidence within city limits, unbothered by thoughts of becoming the centerpiece of a Thanksgiving meal.w

In an Idaho version of a traffic jam, wild turkeys take their time crossing a street in Lewiston’s Elks Addition.

The whisperings began in early fall, reaching a crescendo as Thanksgiving drew near: The U.S. was experiencing a turkey shortage.

According to a Nov. 16 story in The Sacramento Bee, about 428 million pounds of turkey meat were in cold storage at the end of August, a 19 percent decrease from last year at the same time and a decline of about 7 million pounds from the end of July.

While that might not constitute a desperate shortfall after all, the rumor had taken hold. Folks scrambled to secure a Thanksgiving bird, and that left us wondering whether this put any pressure on Lewiston’s resident Meleagris gallopavo population. Because the number of frozen birds in grocery stores around the country might have been down, but the local wild turkey population continued to burgeon.

This led the Inland 360 staff to single out a representative from the flock, a tom we’ll call Trevor.

The rafter of birds Trevor hangs with typically wanders the Elks Addition neighborhood with impunity, snacking from gardens and occasionally holding up traffic as individual toms, jakes and hens wander from yard to yard. Was this year different? Trevor spilled the cracked corn:

Inland 360: Did the urgency among your human neighbors to procure a Thanksgiving turkey make the lead-up to the holiday more risky for you this year?

Trevor: To be honest, we didn’t feel it. Everyone knows discharging a firearm within city limits is illegal, and the law-abiding folk in the neighborhood showed no inclination to flout this rule. Whether we were at risk of other forms of slaughter I am not aware. If someone was lurking in the bushes with a slingshot, they must have had pretty poor aim.

Inland 360: Since the whole flock seems to have survived until Thanksgiving Eve, what are your plans for the holiday, as a group?

Trevor: We’ll probably stick with our routine, starting with awkwardly descending at dawn from the trees where we perch at night (people who think turkeys can’t fly haven’t seen Gertrude wing from the top of a pine to a rooftop half a block away — it’s not graceful, but she covers a lot of ground). Next, we’ll make sure the humans are up in time for work, employing some gentle screeching and maybe a few gobble-gobbles. We’ll spend the day picking through compost piles for morsels of decaying vegetables that people’s kids wouldn’t eat, fertilizing neighborhood lawns along the way, if you know what I mean.

Inland 360: Many of your human neighbors will have the day off. You know, for the holiday? Maybe take it easy on the early morning screeching and the gobble-gobbles?

Trevor: Yeah, we’ll do it anyway.

Inland 360: Is this in retaliation for all the feasting on your domesticated brothers and sisters that’ll happen later in the day?

Trevor: Contrary to what you might think, we’re unbothered by that. As long as you humans are conditioned to think those bland birds from the store are better than us wild turkeys, we’re safe and sound here, eating out of your gardens and pooping on your porches. So, by all means — roast a Butterball!

Trevor: This interview is over.