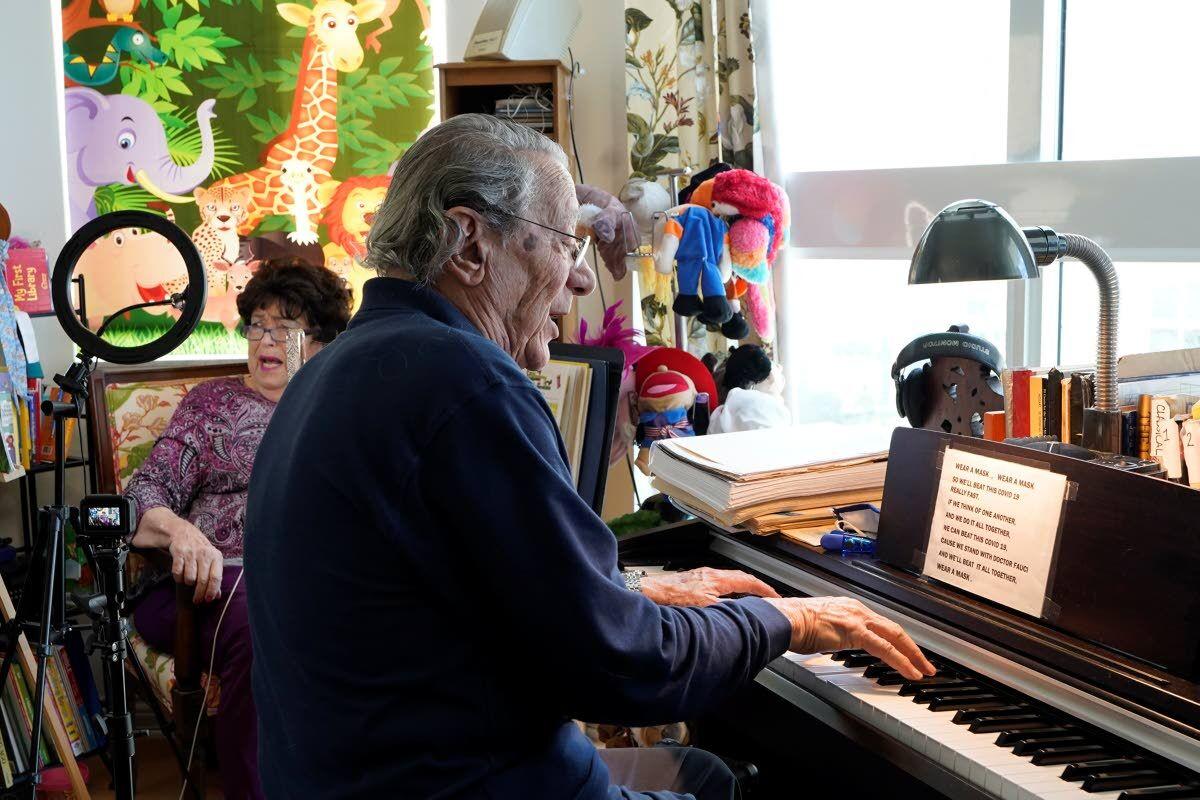 Peter and Veronica Fuchs sing their original tune “Wear a Mask” at the end of their Facebook Live show, “Stump the Maestro” on Feb. 23 in Aventura, Fla. and her husband host each day. 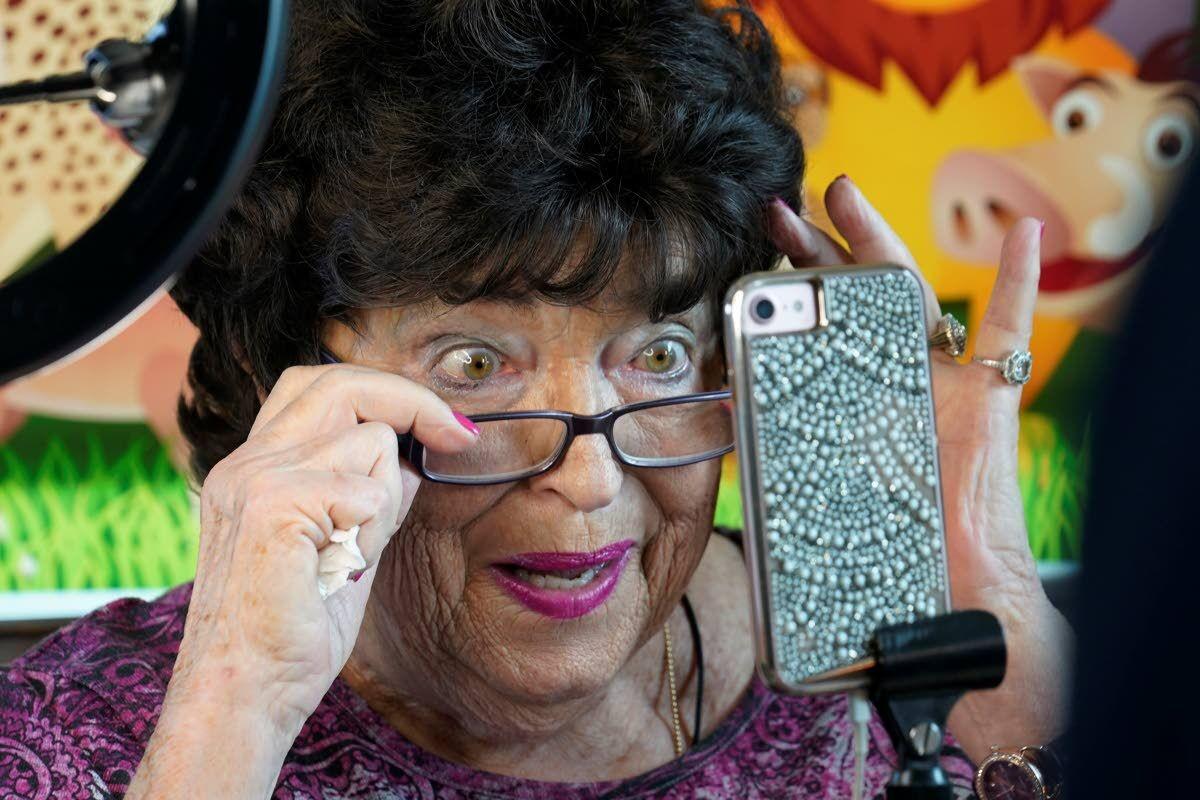 Veronica Fuchs welcomes guests to the one-hour Facebook Live show she and her husband host.

Peter and Veronica Fuchs sing their original tune “Wear a Mask” at the end of their Facebook Live show, “Stump the Maestro” on Feb. 23 in Aventura, Fla. and her husband host each day.

Veronica Fuchs welcomes guests to the one-hour Facebook Live show she and her husband host.

AVENTURA, Fla. — Name a show tune, jazz standard or movie score, and chances are 91-year-old Peter Fuchs can not only hum it, but play it from memory on his keyboard.

His wife, Veronica, takes requests on their daily Facebook Live show “Stump the Maestro,” which began last March when the coronavirus locked them down in their one-bedroom apartment near Miami.

Every now and then, the former composer, conductor and Holocaust survivor is confounded by a request. He fumbles through a stack of books beside the keyboard, furiously searching for the music while his wife continues talking to the audience they’ve grown over months of isolation.

“Stump the Maestro” has become their happy hour, to be shared with old friends and others who’ve just stumbled across a show that began as a daily distraction for neighbors at their senior community, Vi at Aventura.

“We decided let’s just try and see where it’s going to go,” Veronica Fuchs, 87, a former Broadway singer, tells viewers. “But at the same time, we just had fun doing it and all of you just hopped on.”

Each episode begins with Fuchs playing a few show tunes, and his wife asks the viewers to guess the titles. Most are classics, like “Somewhere Over the Rainbow.”

After a few minutes, she starts reading requests that viewers have typed into the chat feature: “Oklahoma.” “On the Street Where You Live.” “My Way.”

Over the course of an hour, music fills their one-bedroom apartment.

On this afternoon, a request for Frank Sinatra’s “All or Nothing at All” gives Peter Fuchs pause. He can’t quickly recall the song, and his wife isn’t able to hum a few bars.

He typically plays Broadway show tunes, 1950s classics, movie soundtracks and jazz. After some of the younger viewers started requesting Beatles songs, someone sent him a songbook of the group’s hits, and he mixes those tunes in.

Over the months they’ve developed an easy rapport with his audience. Veronica monitors the chat and says hi as regulars log on. “There’s Marilyn,” she says. “Hi Vanessa.”

“All you need is a glass of wine, or a cup of tea, and you have your happy hour,” Veronica suggests.

Toddi Jacobson, who heard about the show from family members and has become a regular, says she’s inspired by the Fuchses.

“This past year during the pandemic, their show has provided so many of us with beautiful music, laughter, friendship and a feeling that we are connected,” she says.

The Fuchs look forward to the daily interaction with the audience.

“We’ve weathered this very nicely,” Peter Fuchs says. “Particularly with our show. It breaks up the day. We think we are very busy at our age. It’s nice to be able to make people happy. And at the same time it doesn’t strain us at all because we’re happy doing our thing.”

They’ve both received their COVID-19 shots, but they’re still being very careful. Peter even wrote a song, “Wear a Mask,” urging others to take care. It’s how they end their show each afternoon.

“I don’t think this little song is going to make such a great impact,” he says. “It’s just a little song. But it does tell the message, doesn’t it?”