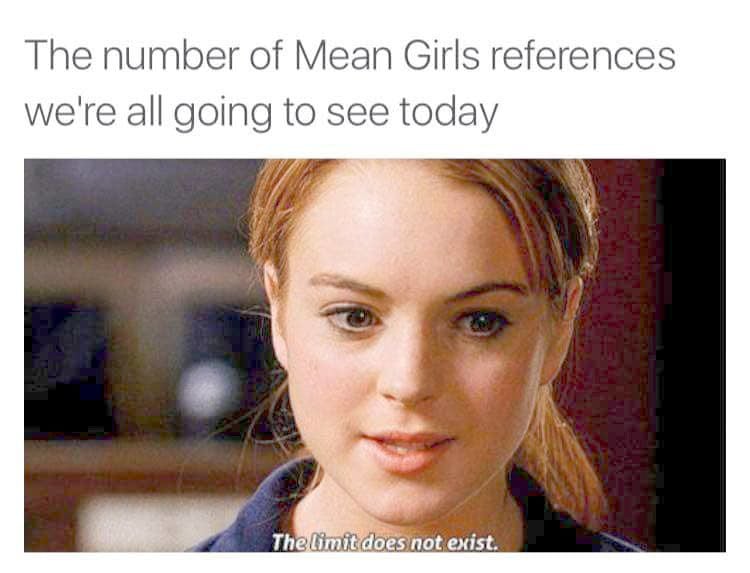 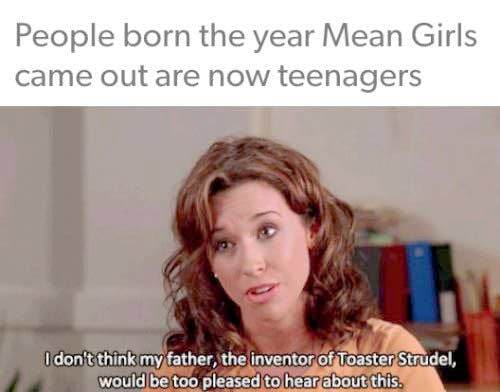 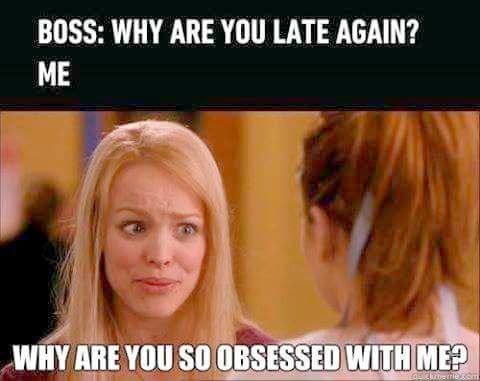 In 2004, the film “Mean Girls” was released and over the ensuing 15 years, the movie has inspired memes, gifs, a Broadway musical, a music video by Ariana Grande and plenty of quotes for everyday use.

In 2014, the Washington Post called “Mean Girls” the “language of the internet.” That’s because other fandoms (“Harry Potter,” “Hunger Games,” “Lord of the Rings”) also attach themselves to “Mean Girls,” David Hayes, Tumblr’s head of creative strategy, told the Post. These other fandoms use “Mean Girls” quotes in their jokes and memes about their own groups. Tumblr users created more than 10,000 posts and 477,000 notes related to the film in one month alone, according to a 2014 article that ran on the film’s 10th anniversary in the Independent, an online British newspaper.

The meme-ability of the movie is just one of the many reasons the film has lasted so long. It’s also funny and heartfelt, depicting high school life and the complicated social circles of teenage girls. One part of teen life it depicts is the expectation for girls to look and act a certain way. It navigates the cliches of high school and bullying. Even the phrase “mean girl” has become a common descriptor for someone who is a bullying, backstabbing, manipulative gossip.

Screenwriter and actress Tina Fey based the script on “Queen Bees and Wannabes,” a self-help book by Rosalind Wiseman which focuses on girl cliches in high school and patterns of teen girl behavior. This makes “Mean Girls” a realistic and relatable topic for many, so much so it’s even used in some sociology classes, according to the Independent.

All these factors (and numerous others) contributed to making “Mean Girls” a classic that has helped define a generation. Maybe fetch didn’t happen (see accompanying quotes, below), but “Mean Girls” certainly did.

So today we celebrate Mean Girls Day. Why today? Because on Oct. 3, Aaron Samuels (Jonathan Bennett) asked Cady Heron (Lindsay Lohan) what day it was. After many years of celebration by fans, Mean Girls Day was recognized as an official holiday in 2018 by National Today, a group that marks holidays and celebrations around the world. Last year’s first official celebration was coincidentally on Wednesday, the day “we wear pink,” according to the girls in the film.

In honor, here are some quotes from the film, with tips on when to use them.

Use: This is a combination of “great” and “cool,” so the application is endless.

Quote: “And I don’t think my father, the inventor of Toaster Strudel, would be too pleased to hear about this.”

Use: The perfect way to show your disapproval or intimidate someone.

Use: When you need to fit in with the cool, young crowd.

Use: Any time you’re picking up a friend for an event, can be modified to apply to other activities.

Quote: “The limit does not exist.”

Use: It’s British slang for cool (allegedly) so any time you would use cool, use fetch.

Use: For that person who’s always trying or getting you to try that “fetch” new thing (like a diet trend) and you want to be clear it’s not going to happen.

Use: A general phrase of congratulations or encouragement.

Quote: “She doesn’t even go here!”

Use: When someone tries to join your conversation, friend group or bonding time and they’re really overstepping socially acceptable boundaries.

Quote: “That’s why her hair is so big. It’s full of secrets.”

Use: Everyone knows that person: that person who knows all the school, office and neighbor gossip. This is for that person.

Use: Escaping a social gathering.

Quote: “Oh my God, Karen, you can’t just ask someone why they’re white.”

Use: If someone says something offensive, you can use this to call them out on it (name can be changed to fit the situation).

Quote: “On Wednesdays, we wear pink.”

Use: When you find yourself wearing the same outfit/color as someone else (can be modified to fit the occasion).

Use: On Oct. 3, when you’re explaining what Mean Girls Day is.

Quote: “Why are you so obsessed with me?”

Use: Calling out that person who just won’t leave you alone.

Quote: “Ex-boyfriends are just off-limits to friends. I mean, that’s just, like, the rules of feminism.”

Use: When you have to explain the rules of feminism to someone.

Use: Well this one seems self-explanatory. If you need to directly tell someone they need to leave.