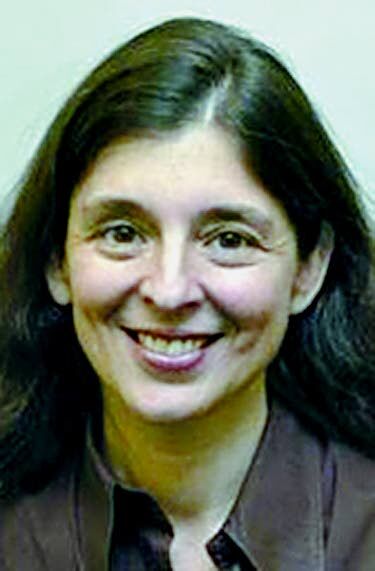 It’s really not that complicated. Kids love dogs. Dogs love kids. Separate them at your peril.

So despite obvious efforts to link the beloved and durable “Clifford” story, about a huge dog and the little girl who loves him, to a bigger and more current message in the CGI-meets-live action “Clifford the Big Red Dog,” it really isn’t necessary. You had us at “Clifford.”

On some levels the film, directed by Walt Becker, understands this, giving us plenty of lovely, warmhearted scenes between Clifford and young Emily Elizabeth (an appealing Darby Camp) that show it knows its core audience: young children. And for them, it will work fine.

For older viewers, though, it may be hard to ignore some of the clunkier moments of a script that, in trying to update a story created in 1963, gets in its own way with dialogue that while sometimes funny and sweet, can be awkward and occasionally even off-key.

First, though, the dog. For those who worried that the CGI version of Clifford wouldn’t look real or otherwise meet expectations, rest assured that it’s fine. He’s big, he’s red, he’s furry, he’s sweet — and as for realism, well, how many elephant-sized, ruby-red dogs do YOU know? Plus: he doesn’t speak human. This is a good thing.

And the cast is game, led by sweetly-but-not-obnoxiously precocious, red-headed Camp and rakishly likable British comedian Jack Whitehall as Emily Elizabeth’s ne’er-do-well Uncle Casey. There are also a bunch of “Saturday Night Live” actors in cameos — with the funniest, not surprisingly, coming from the gifted Kenan Thompson as a veterinarian tasked with examining Clifford. (How does one take the temperature of a Tyrannosaurus-sized pup? He doesn’t know, either.)

Emily Elizabeth is older here than the little girl in the original book and PBS animated series; she’s a sixth-grader, and a new student at an elite Manhattan academy on Fifth Avenue. She lives a subway ride uptown with her mother, a harried single mom, in what the production notes call a “quaint Harlem apartment” but is actually huge, airy and comfy — it can hide Clifford! Still, at Emily’s posh school, which she attends on scholarship, she feels alone, and the resident Mean Girl calls her “Food Stamp.”

Let’s stop there a moment. The bullying plotline has its narrative purpose, but “Food Stamp”? This jarring economic diss, repeated a few times, feels way crueler than anything uttered by the film’s purported villain, a slimy entrepreneur (Tony Hale) who wants to replicate Clifford’s DNA to create giant food, feed the world and presumably get rich.

Mom Maggie (Sienna Guillory, who doesn’t have much to do here) goes away for business, leaving brother Casey in charge. One morning he and Emily stop at a strange pop-up animal rescue tent run by mysterious Mr. Bridwell — that would be John Cleese, and the name is a nod to original “Clifford” author Norman Bridwell. The man shows them a tiny, red abandoned puppy. Emily is besotted. How big does he get, she asks? “That depends on how much you love him,” Bridwell replies.

Casey, sensible for once, says no to adopting the pup. But Clifford somehow sneaks into Emily’s backpack. When, that evening, she cuddles him and wishes they could both be big and strong, Clifford takes this literally. By morning, he’s a giant. (Why, when this becomes a major liability, Emily’s love can’t simply shrink Clifford back again isn’t explained.)

Unsurprisingly, Clifford develops an Instagram presence. That gets the attention of our aforementioned villain. But he has nothing against the ragtag Dream Team of Emily, her adorable friend Owen (Izaac Wang), Casey, and neighborhood friends. Even a well-meaning gazillionaire fails to save Clifford, but in the end, we all know, the spunky kid will triumph.

And spunky kids everywhere will cheer, and this durable tale will remain so. In the sequel, how about dropping the too-mean Mean Girl subplot, and making more screen time for Thompson’s vet? “Clifford the Big Red Dog and the Very Funny Vet” would do just fine.

Noveck writes for the Associated Press.

Two stars out of four

Opening Friday: At area theaters; showtimes may be found on Page 13.