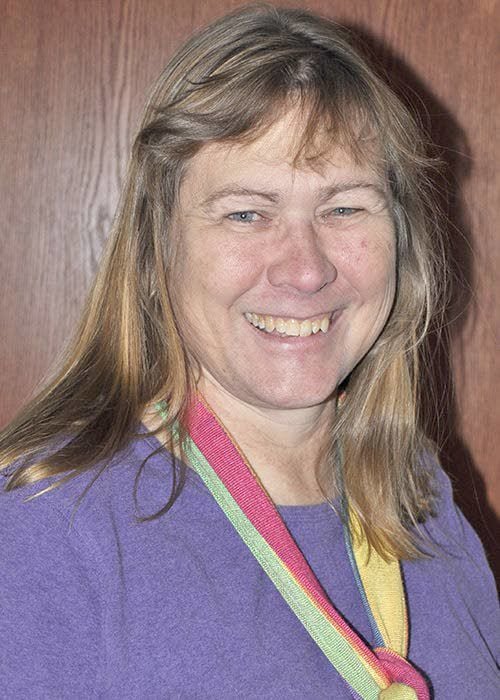 People are understandably worried about contracting COVID-19 and hoping for a magic pill or potion they can swallow to keep them safe. News flash: There isn’t one proven in a clinical trial.

There is no approved vaccine or cure, according to the Centers for Disease Control and World Health Organization. However, the U.S. Food and Drug Administration recently approved an antiviral called Remdesivir for emergency use in hospitalized patients after the drug showed signs of reducing the duration of the disease in some patients. No other drugs are approved, according to the administration’s website.

The WHO, CDC and local health districts continue to press the prevention mantras: Wash your hands; don’t touch your face; stay 6 feet away from others; wear a mask; avoid large gatherings; in addition to general health recommendations like eating a healthy diet, exercising regularly, sleeping sufficiently and reducing stress to support your immune system.

None of this has stopped people from touting all manner of vaccines, minerals, herbs, oils, patches, tinctures, potions, disinfectants and sanitizers claiming they prevent or cure the disease. These unproven concoctions may be referred to as “snake oil” remedies. Snake oil salespeople have a long history in our country of finding new and clever ways to separate us from our money based on hype.

The original snake oil was actually an effective product, brought to the U.S. by Chinese immigrants in the 1800s, when they were helping build the Transcontinental Railroad. The product was made from the oil of a Chinese water snake. Rich in omega-3 acids, it helped reduce inflammation and was used to treat arthritis and bursitis. Chinese railroad workers used it on their hands and shared it with other workers, according to a 2013 story by National Public Radio. Several Americans tried to make their own version of snake oil using rattlesnakes, but it did not have the same effect. A shyster named Clark Stanley made a splash at the 1893 World Expo in Chicago by slicing open a live rattlesnake in front of the crowd to hype his product. He tossed the split snake in boiling water, skimmed the fat off and used it to create “Stanley’s Snake Oil,” which sold like hotcakes to the intrigued crowd. Federal investigators later seized a shipment of Stanley’s snake oil and determined that, not only was it not effective, it did not contain a drop of actual snake oil. The derogatory term “snake oil” as a fake cure was born.

In the late 1800s and early 1900s, products known as patent medicines were hyped in newspaper ads across the country. One example is Pe-ru-na, introduced in 1885 with claims of treating various maladies. During the 1918 Spanish Flu pandemic, regional newspapers including the Grangeville Globe, the Clearwater Republican and the Nez Perce Herald featured ads hawking Pe-ru-na. One ad, a testimonial from Mr. W.W. Northrup of Sioux Falls, Iowa, claimed the product was “worth its weight in gold.”

“Try Pe-ru-na then tell your friends, it’s fine after an attack of grip or Spanish flu,” it read.

Pe-ru-na was later tested and found to have about one part alcohol to three parts water and little else, but that didn’t stop its developers from making millions selling it.

But, you say, what about my liberty? The government can’t tell me what I can and can’t take.

What’s the harm in trying an unproven remedy; people have tried various herbs and minerals for centuries to prevent or cure diseases.

Sometimes these new products work. Sometimes they make you sicker. Other times you die. That’s the risk of using your own body as a petri dish.

Let’s say that you learn that garlic is an antiviral and you decide you should eat raw garlic every day to prevent viral diseases. If garlic is something you normally eat and tolerate well, then it may not be a big risk to eat a little more than usual. Belching up raw garlic may have the added benefit of keeping others more than six feet away from you.

On the other hand, drinking a known poison like bleach, a substance with labels warning of its toxicity, even in small amounts, is another story. Depending on how much you ingest you could experience violent diarrhea, permanent organ damage or death.

The FDA attempts to keep us all safe by preventing companies from making unproven claims about what a product can do. They search the internet and other sources for companies touting products claiming to prevent or cure COVID-19 and other diseases. Companies can sell any legal substance they can find a buyer for, but it is illegal to state that it cures any disease without proving that in clinical trials. The FDA sends “cease and desist” warning letters to companies to stop them from claiming their products can cure a disease. In egregious cases, they may enlist a judge to stop the company from making the claims.

Recently, a judge in Florida placed an injunction on a church in the city of Bradenton called Genesis 2 which promotes an industrial bleach substance called “Miracle Mineral Solution” (MMS) to cure COVID-19.

Who would be stupid enough to drink bleach as a cure? It turns out, plenty of people. As with Stanley’s Snake Oil, it’s all in the marketing. Despite numerous warning letters from the FDA, the company has spent the last decade claiming that MMS, when mixed in water, is a miracle cure for 99 percent of all illnesses including cancer, malaria, HIV/AIDS and autism.

What about hydroxychloroquine, the anti-malarial drug that’s been in the news lately?

This drug has long been FDA-approved to treat malaria and some other diseases but has not been approved for COVID-19. Using a drug approved for one disease to treat another is a common practice in the medical profession, but doctors need to understand what the risks vs. possible benefits are for the patient. Unapproved use of approved drugs is commonly known as “off-label” uses. One example of off-label use is using the medicine in a different form, such as prescribing the medicine in an oral solution when it is approved for use in capsule form.

So what’s the big deal about taking a medicine in a liquid form when only the capsule form is approved?

A 1981 story in the FDA Consumer magazine recounts the case of sulfanilamide, a drug used to treat strep throat. In 1937, a salesman for the S.E. Massengill drug company asked for a liquid form of the drug. The company’s chemist experimented and found that the powdered form of sulfanilamide would dissolve in diethylene glycol. Although he tested the resulting formulation for flavor, appearance and fragrance he did not test for toxicity before selling the substance. After physicians began reporting deaths from this product, the FDA determined diethylene glycol as the toxic ingredient and issued a nationwide warning. Diethylene glycol is a deadly poison, a key ingredient in antifreeze. More than 100 people, mostly children, died before the FDA located and retrieved all remaining bottles of the liquid from pharmacies across the country.

Equally tragic was the case of thalidomide, a sleeping pill prescribed off-label in Europe to help pregnant women with morning sickness, according to a 2006 story in the FDA Consumer magazine. An estimated 10,000 mothers gave birth to severely deformed babies after taking this drug. Although the FDA did not approve this drug for use in the U.S., the drug company provided samples to some doctors here who gave them to patients. Both the sulfanilamide and thalidomide tragedies led to higher standards for clinical drug testing and approval.

If you hear about some new magic potion that will prevent or cure COVID-19, look beyond the hype and the emotion and use your critical thinking skills. Ask yourself who, what, where, when, why and how. Consider the different motivations of a doctor, a research scientist, a politician in an election year or a company that is trying to sell you something. Are there facts or just opinions? Does the information come from a peer-reviewed scientific journal, a Facebook post shared by your second cousin or a campaign rally? How old is the information? Science changes over time as new studies are added. Were your sources, like Clark Stanley, distracting you by slicing open a live rattlesnake when they said it?

Don’t just accept something at face value; dig a little deeper. If it sounds too good to be true, it probably is. And remember: Don’t drink the bleach, and leave the rattlesnakes alone.

The FDA advises consumers to beware of fraudulent products claiming to prevent, treat, mitigate or cure coronavirus. More information is available at www.fda.gov.