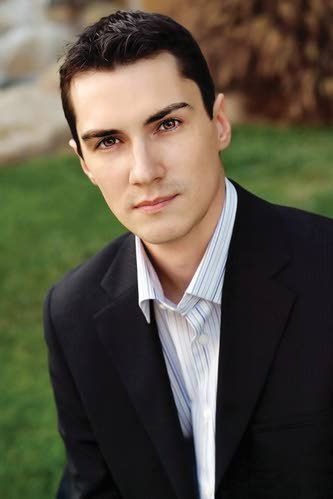 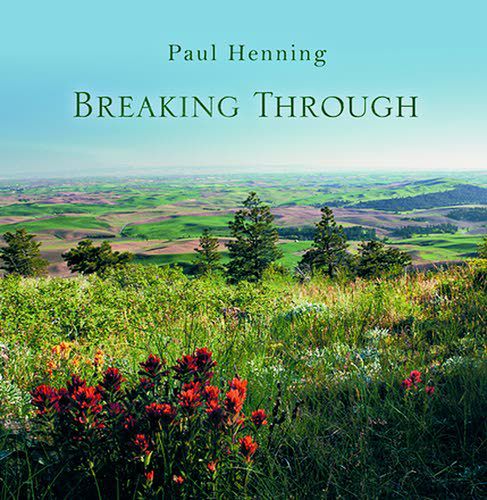 After years of making music in the film industry, the Pullman native and 1998 Washington State University graduate (shown at right) is releasing an album of his own. "Breaking Through" features his own piano solo, performing original compositions with a 48-piece orchestra.

Henning started playing piano at age 9 and violin a few years later. He was leaning toward a career in architecture or civil engineering, but a chance friendship influenced him toward music. Now he lives in Los Angeles, where he spends his days - and often beyond that - arranging and orchestrating film scores, in recording sessions for feature films and doing live orchestral performances with the likes of Barbra Streisand and Andrea Bocelli.

360 caught up with Henning by phone to find out more about his work and album:

360: After getting your degree in music composition, how did you end up doing film music?

Henning: After I graduated from WSU, I saw an advertisement in the music department for a film scoring program that was at North Carolina School of the Arts. I thought there must be something closer to where the films are actually being made so I looked online and found University of Southern California's film scoring program. I applied and was accepted, but I couldn't decide whether to go down or not - it's a big move to go from Pullman down to Los Angeles, when you have no idea what you're going to do and if you're going to make connections or meet people. It was a big leap of faith.

360: What's it like to be part of such an important, but behind-the-scenes aspect of film?

Henning: It can be very difficult music, and those musicians are so trained they just sight-read through that stuff. When you show up to a recording session, there's just a huge stack of music on a stand, and you have no idea what it's going to be and you just have to read it down. That orchestra is pretty amazing. The first read through is pretty much recordable.

Henning: We'll often do one run-through just to test balance and get the levels right and just make sure there aren't wrong notes in the score, but they start recording right away. Even if it's a difficult high-action sequence, some of it might be usable, and they'll just splice it in. From minute one, they're recording to the end of the series, whether it's five days or six days or whatever.

360: And how did you end up getting in on film music recordings?

Henning: It happened over a period of years. My story initially started when I was working as an orchestrator and was proofreading a friend's scores that he was doing for "Fat Albert," which was not that great, but he asked me if I wanted to play on the session. I said 'No, I'm not ready yet' and he said something I'll always remember - 'You'll never think you're ready unless you go and do it." So I took his advice and I went and did it. I was also a concertmaster with the Golden State Pops Orchestra, and we started having film composers come down and we'd perform their music. They started slowly requesting me on their film scores, their new ones. It still takes effort to stay relevant and keep playing in there, though.

360: Orchestrating and recording music for film is often an uncredited task. What's rewarding about the work you do for that?

Henning: It fits better into my schedule (than live performances) and it's rewarding to be part of something. You're playing music that's never been performed before, it's never even been heard and it'll go around the entire world. It's exciting to be in the early stages of that when they're still making changes and you get to see all the stages of it in process.

360: Given how busy you are making music in the film industry and as a concertmaster, what drew you to doing your own album?

Henning: There were several things. One was that when you're writing for film, the timings are so specific and you're working with directors - and they either like it or they don't like it, and they'll make you rewrite it if they don't like it. And plus, the timing of this music is so specific, down to the tiniest fraction of a second - you have 3.76 seconds to get from this sync point to the next sync point - and you have to hit those points precisely; so it's very difficult to construct something that's musically meaningful when you're given these restrictions. I wanted to write music that has no restrictions in terms of other people telling me how to do it.

360: What are people saying about your album?

Henning: I'm getting a lot of positive feedback on it. People have told me they find it uplifting and beautiful and heartwarming, and I'm very flattered by those terms.

360: Do you have any other projects coming up?

Henning: There is a documentary that I'm most likely going to be scoring; it's really high-profile but I can't say what it is yet. And there's also film work that continues into the new year. I've worked on "The Force Awakens" and also I played violin for "Rogue One," and on "Moana." The reason I mention those is because there are current projects that I can't disclose what they are that are in that vein.

Henning's album, "Breaking Through," is available online at Amazon.com, iTunes and CD Baby, as well as from Neill's Flowers and Gifts in Pullman. For more information about Henning, visit www.paulhenning.com.